A challenging long par-5, which used to play a pivotal role annually in determining the winner of the Australian Masters. The hole veers left before turning gradually back to the right nearly 300 metres from the tee. A large green, with four bunkers set alongside the front half of the putting surface, is full of subtle breaks.

A good scoring hole if the right strategy is implemented. A drive down the left centre of the fairway, short of the cross bunker, is ideal. Players can either go for the green or they should lay-up well back as any shot just short of the swale in front of the green is hard to judge. It is a glorious hole demanding good strategy. 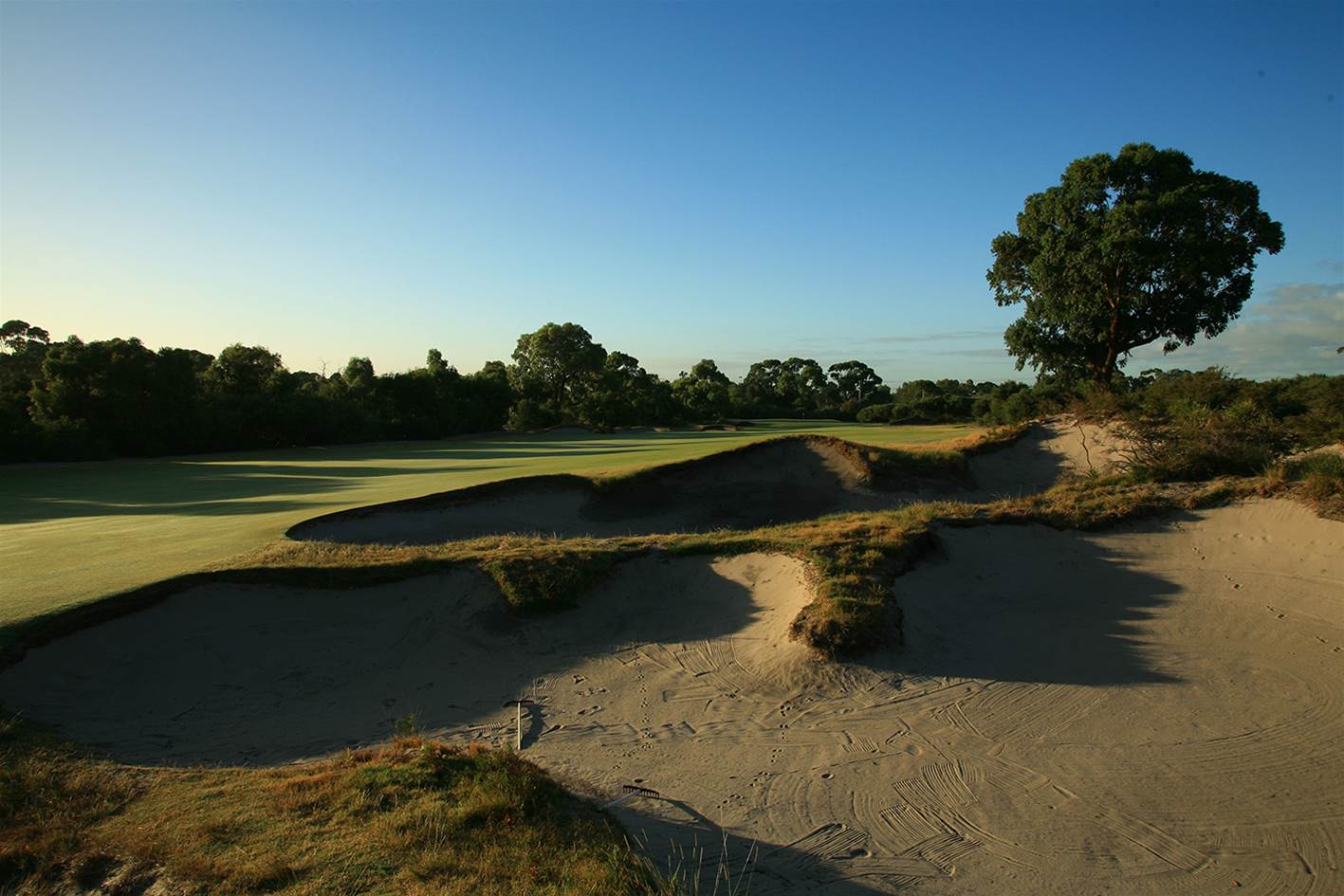 Longer hitters need to thread their drive between the bunkers right and some trees on the left. The second shot is blind even for the lay-up approach. But if you’re aiming for the green in two, you really need to know where you are going. There’s usually enough run to assist and moving the ball from right-to-left is an advantage in hitting the big, circular green.

Lined with trees on both sides this hole can be the undoing of even the best golfers. The hole turns right but a drive too far right forces a long low fade around the corner trees if the player hopes to reach the green. The green is a real feature with a swale guarding the front and right of the putting surface. A typical Sandbelt bunker cuts into the left edge of the green.

A long hole that is easily affected by wind, which brings bunkers and mounds left and right of the fairway into play. When the wind blows hard from the left it is hard to avoid the eight huge bunkers on the right edge of the fairway. This is one hole that will never be played the same way twice because of the wind and the numerous subtle undulations in the fairway.

A terrific par-5 where the ideal drive is down the left side of the fairway to open up the perfect line to the flag. Two fairway bunkers guard that left side and the green angles from the front left corner around to the back-right edge. Those straying too far right with the second are left with a difficult pitch across the deep greenside bunker.

A short par-5 that turns to the right following a creek that flows the entire length of the hole. Those playing closest to the stream earn the best line into the green, an advantage if they are hoping to reach in two shots. If laying up short of the green, the best place to lay back is close to the bunkers 30 metres short of the green.

The tee shot must find the hogs-backed fairway to set up a long second because if the drive is missed the player is guaranteed a difficult third to a three-level green that requires the player to pitch the ball the required distance. A long second played to the left edge of the fairway leaves the ideal angle for the pitch.

The green opens from the front right corner and the thoughtful player will attempt to get as close as possible to the right edge of the fairway with the second shot. There is a bunker about 80 metres short of the green to deal with and that hazard provides the strategic interest here. 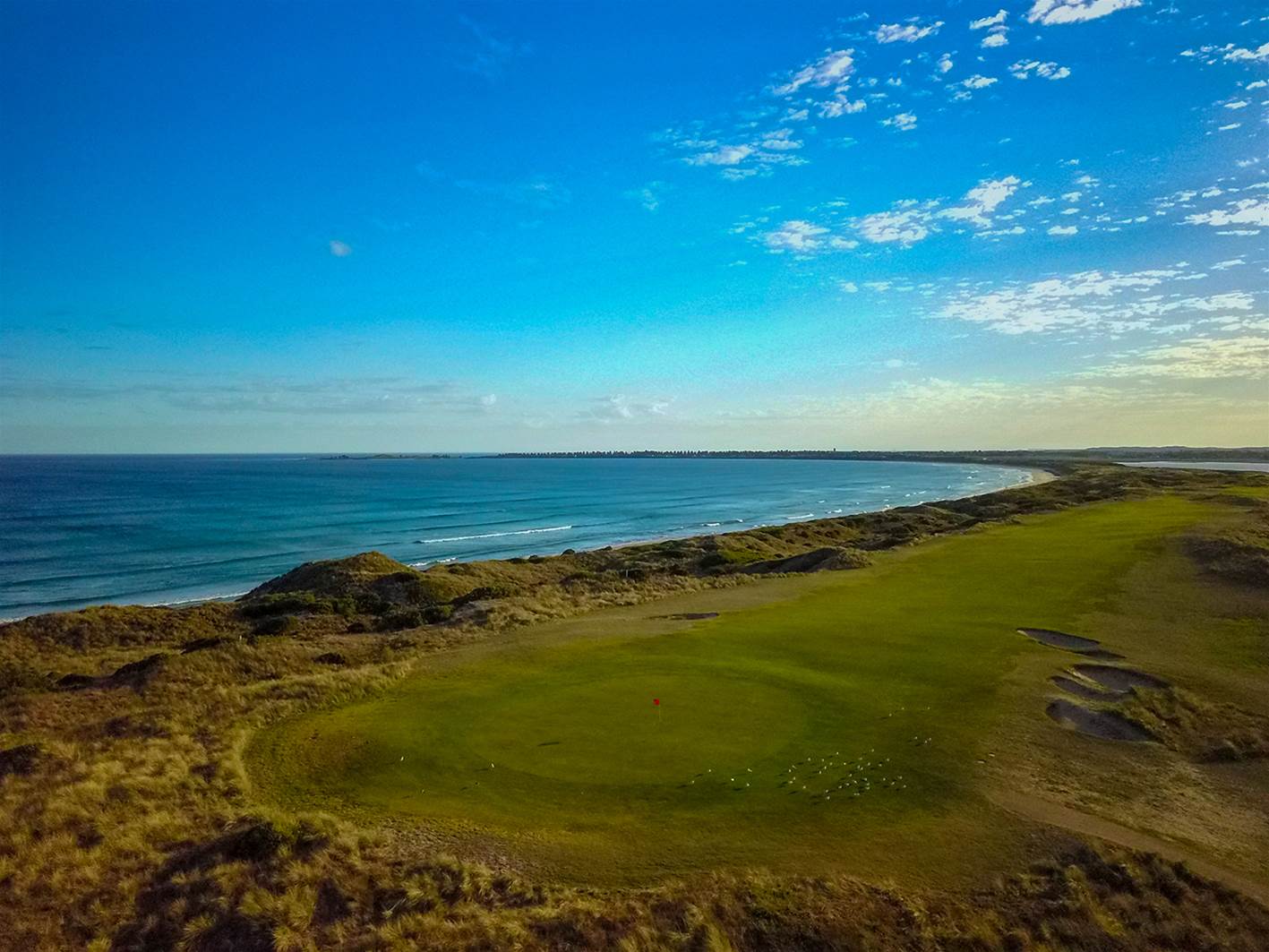 A straight par-5 where the only real hazards are the out-of-bounds line to the right and the marram grass lining the hole to the left. The hole is laid bare to the wind off the Southern Ocean, just a pitch shot away to the right. With the prevailing wind off the right, three bunkers short left of the green are definitely in play.

The shortest par-5 showcased among the 100 here, but certainly not the easiest. A stream snakes the entire length of the hole, at first through the middle of the fairway, before lining the left side and cutting diagonally across the front of the bunkerless, but dramatically undulating, putting surface.

The 4th hole is one of three holes architect Dr Alister MacKenzie designed around a large sand dune. The tee shot is blind and takes golfers over the sand hill and its famous carry bunkers cut into the hill. Unless you can thread the ball between the drive bunkers on the left and tea tree on the right, the carry is a heroic one for all but the biggest hitters. 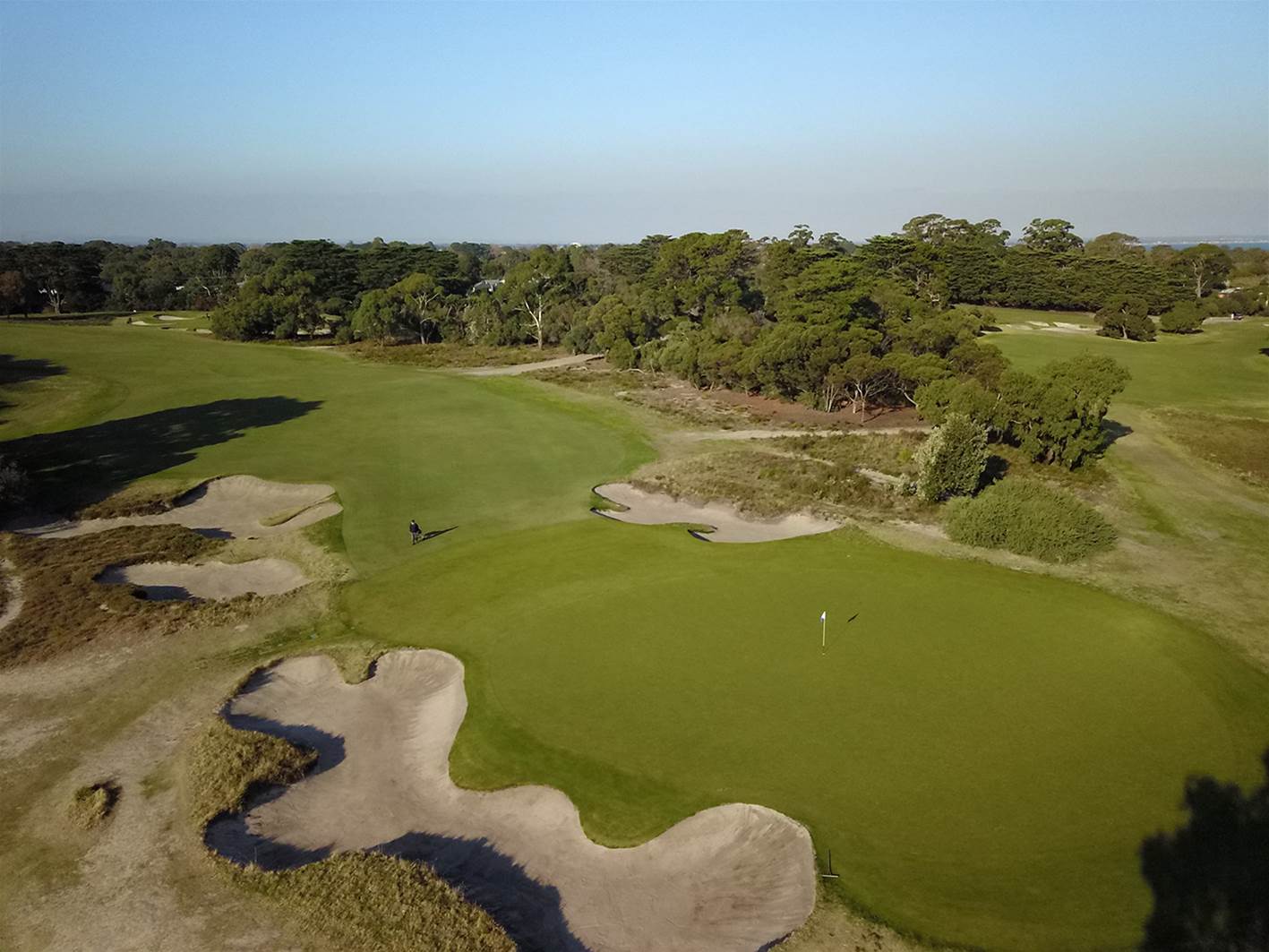 A right-to-left tee shot here is ideal to follow the camber and right-to-left shape of the fairway. In fact, the best line here is the right edge of the scheme of bunkers embedded in the rise of the hill. The cross bunker and heathland short of the green are problematic. Typically for Royal Melbourne, short grass surrounds the putting surface and fast-moving approach shots inevitably run into tea tree or scrub. 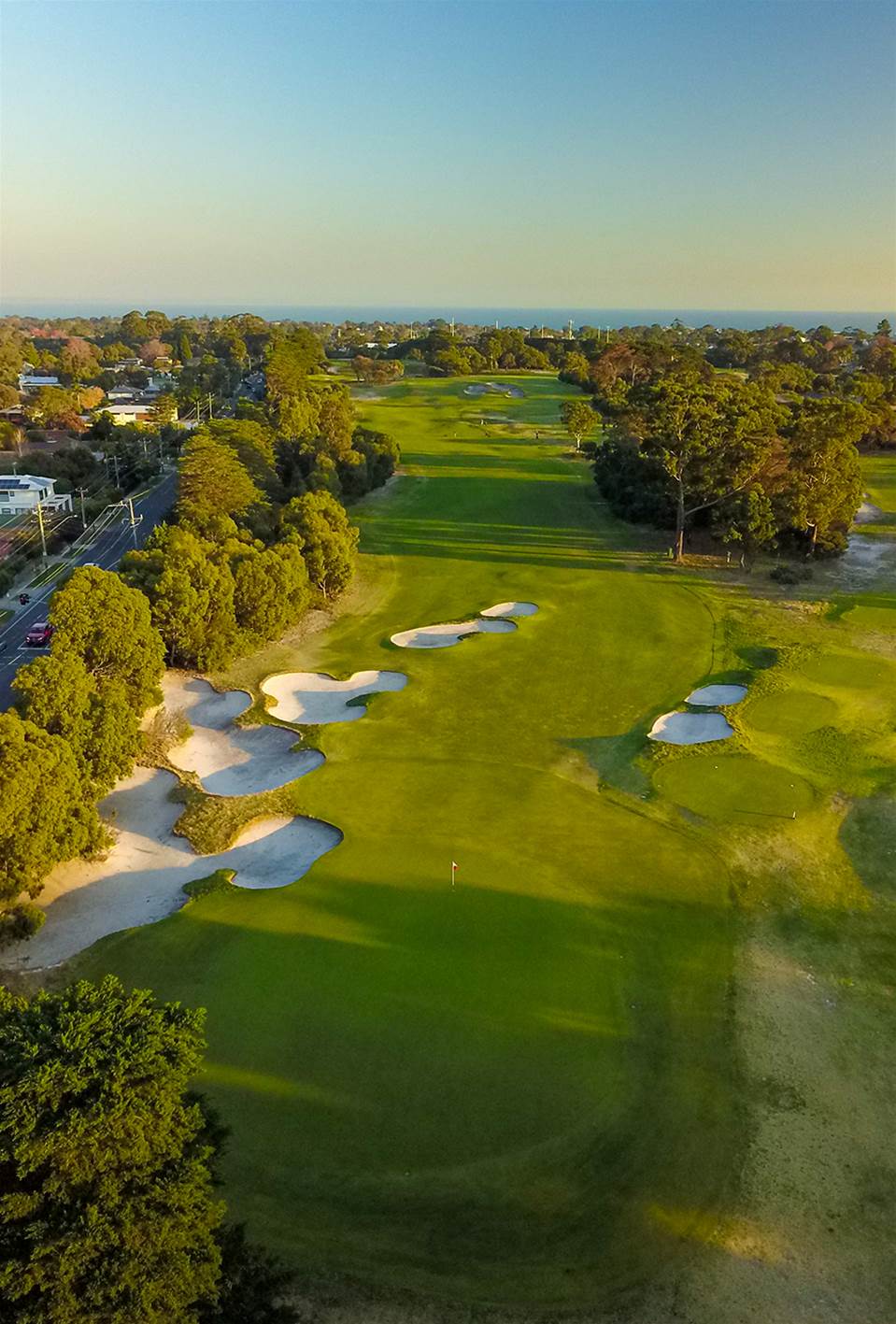 This sweeping left-to-right dogleg is all about setting up the second shot, whether it is a lay-up or an attempt at reaching the green. Four bunkers lie on the inside of the dogleg, with only two visible from the tee. Once negotiated, players have a multitude of options with their second shot, courtesy of the staggered cross bunkers laid out by designer Alex Russell. A left-to-right shaped shot into the green is ideal.

Like the 10th of the East Course, the 17th is all about the questions asked for the second shot. The drive is into a wide generous fairway across and down a hill, leaving a decision to be made for the second shot. Alex Russell, again, uses a well-placed diagonal line of cross bunkers to question your bravery and skill. Clear the sand and you’re a chance of finding the large putting surface in two or be left with a straightforward pitch.