It is rare for a hole to offer two blind shots between tee and green, but that is what you will find on this hole, which covers beautiful rolling terrain. The tee shot is played over the first hill and leaves players facing a second blind shot over a second hill and down towards the green, which is protected by three bunkers.

The 8th offers a wide, open tee shot to set up a blind second shot over the crest of a hill. The green is tucked a little to the right behind two large bunkers, so the best approach is to come over the hill to the left, opening up the angled green for a direct short shot in. 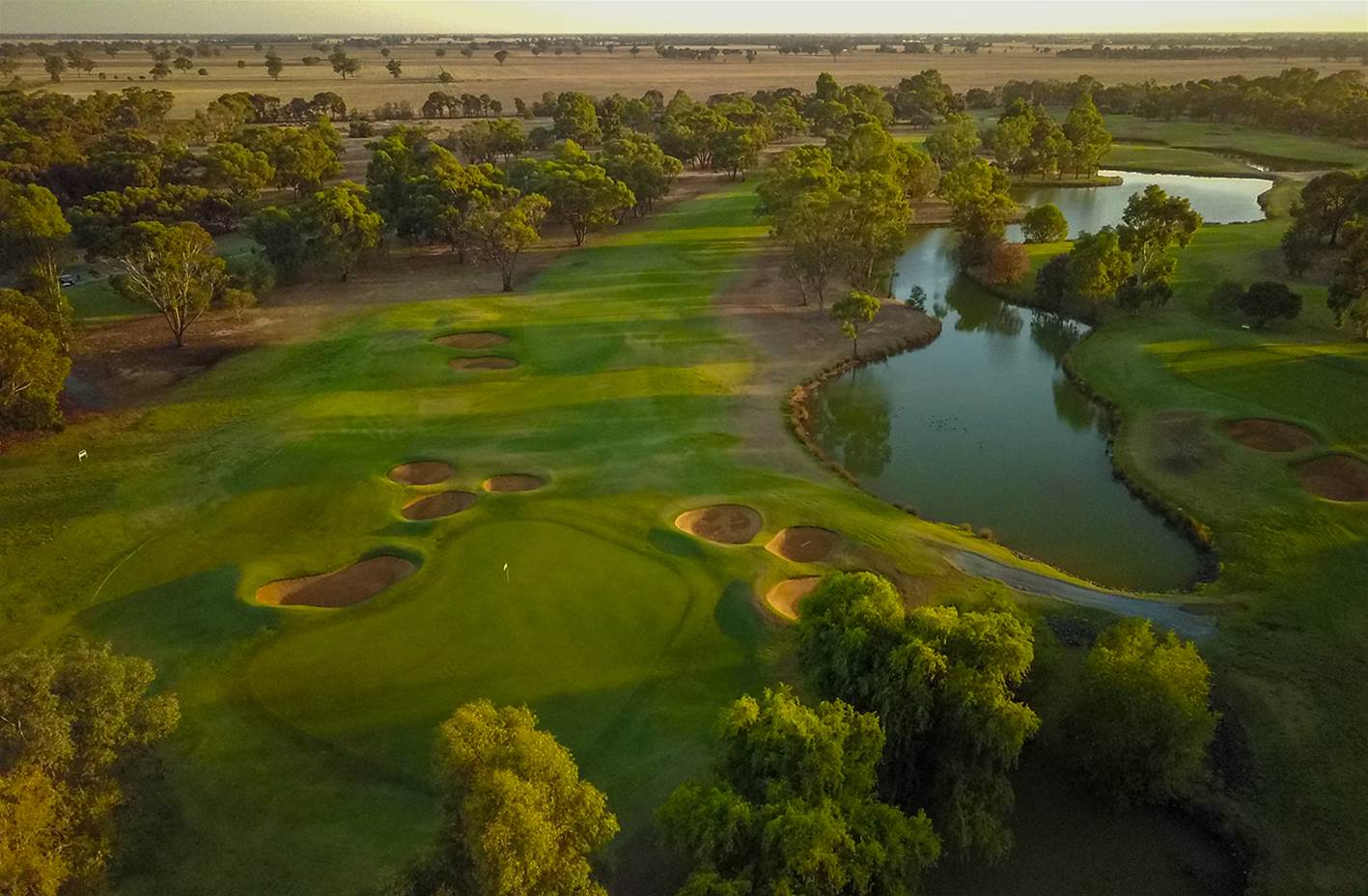 Closing out the East Course, the par-5 18th is a true brute at 532 metres from the back tees. Rated the hardest hole on the layout, water once again features down the entire left side and combines with an ever-tightening fairway among the trees to place great importance on accuracy. The final approach features nine bunkers adding to the challenge of making par.

The shortish dogleg left par-5 was enhanced by the OCCM redesign completed in 2017. The tee shot here is relatively simple and whilst there is a temptation to cut the corner, two blind bunkers await for bombers. The challenge is the stone-walled creek cutting in front of the wide green.

This final par 5 is reachable in two shots with a favourable wind. Players are confronted with a series of well-placed fairway bunkers that must be avoided. In fact, there are 11 bunkers scattered across the last 150 metres of the hole.

An accurate tee shot between a water hazard left and scrub-covered sand dunes to the right is needed here. In the prevailing southerly wind, the green is definitely reachable in two shots for the aggressive player but the second shot here is to a semi-blind green, bunkered left and right with a steep drop off through the back. Once you’ve reached the green, soak in the million-dollar ocean view. 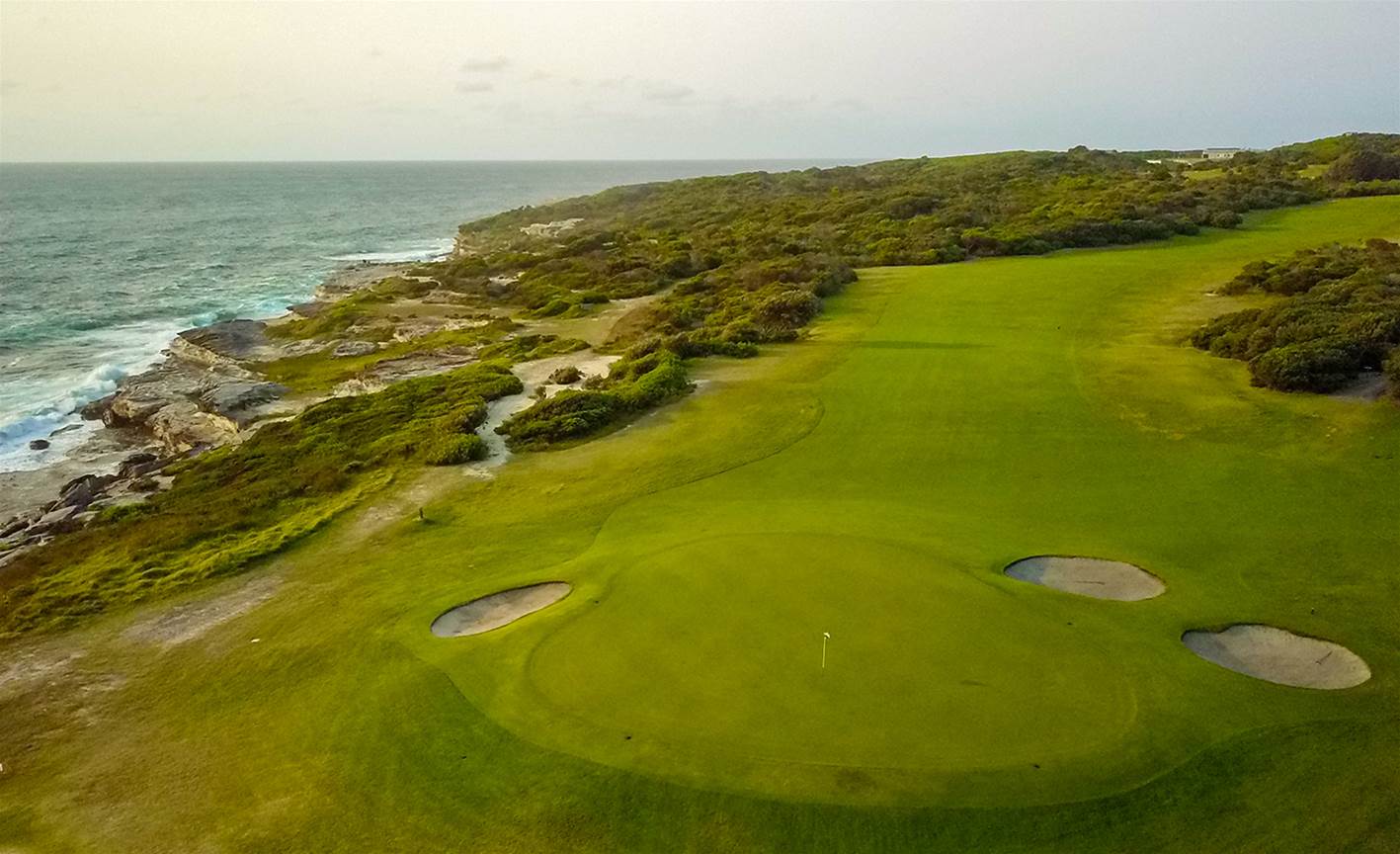 The 17th fairway rises sharply over a hill about 200 metres from the tee, and the carry over the crest is slightly longer (due to the height of the hill) on the right. Once over the hill, the fairway drops before climbing gradually to a green beyond a narrow neck in the fairway, created by encroaching native trees and scrub.

A well-designed hole with fairway bunkers right for the shorter hitters and left for the longer hitters. The second shot asks the question: “What now?” Going for the green in two shots brings water right and sand short into play. Laying up just short of the next fairway bunker on the right will leave a short pitch of about 80 metres. A long narrow green with a bunker left and water to the right requires accurate ball-striking and distance control.

This relatively short opening par-5 offers a real birdie opportunity. It is reachable in two shots if you can hit your drive long enough to get a kick forward from a dip in the fairway just passed a fairway bunker on the right. A creek cutting in front of the huge green is the main danger to second and third shots here. 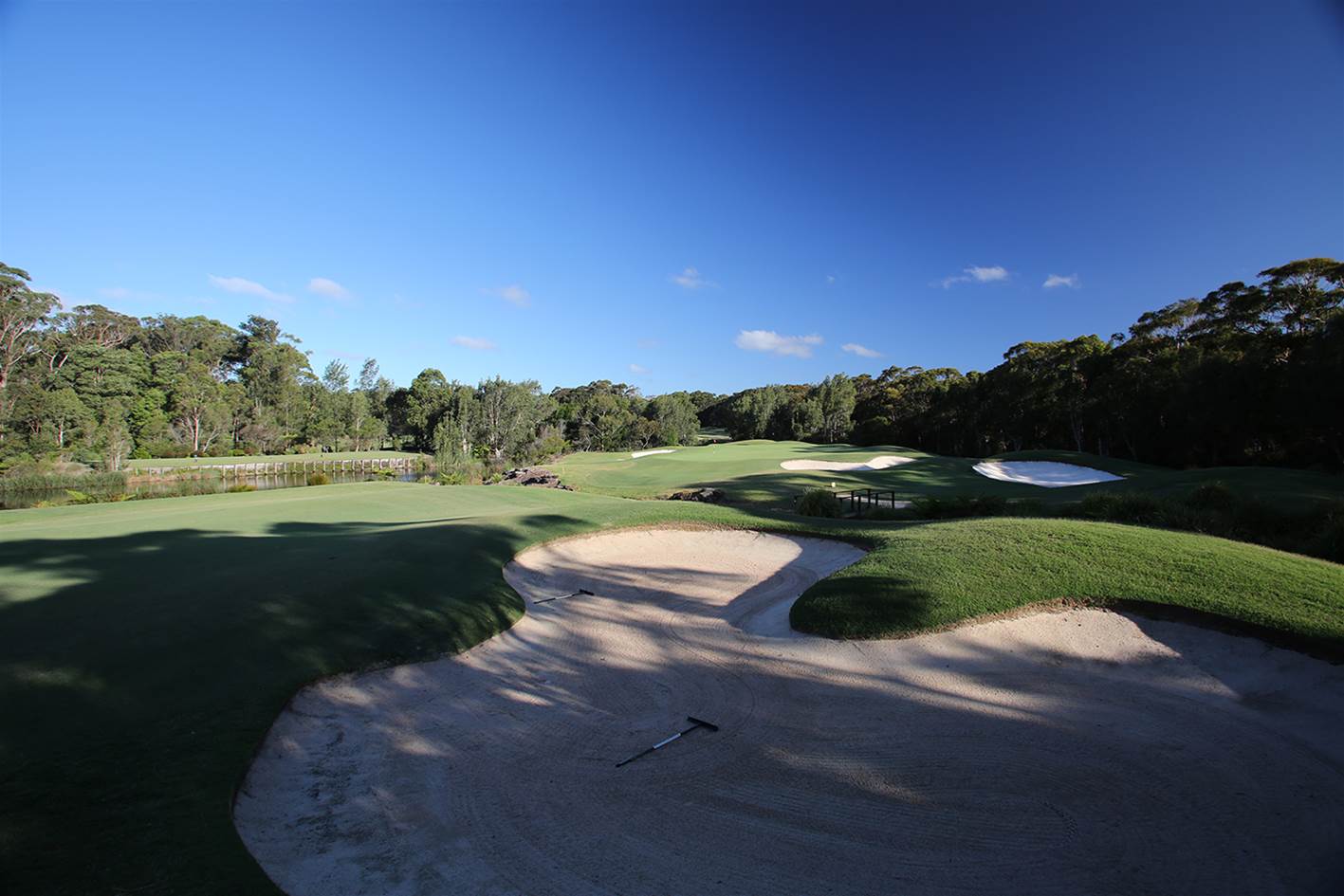 A long five turning right around two bunkers on the corner then a lay-up and a pitch or a massive wood to reach the two-tiered green. The lay-up is complicated by a huge sprawling bunker about 30 metres short left of the putting surface. It was here, during the 1990 Australian Open, that Greg Norman holed his second shot with a 3-wood for an albatross.

The best par-5s demand strategy and courage, and that’s what is asked on the 18th at The Oz, which has been the scene of great Australian Open theatre over the years. Only a precise second blow will yield benefit for the bold. And the challenge from 100 metres, after laying up to avoid the greenside lake is almost as tricky – especially with a forward pin position.”

On the tee, aim for the mounds on the left to take advantage of the left-to-right camber of the fairway. The second shot should be into the right half of the fairway to leave an approach that does not have to carry a bunker short and left of the putting surface. There is a cliff directly behind and well left of the green, so erring on the side of being short of the flag is advantageous. 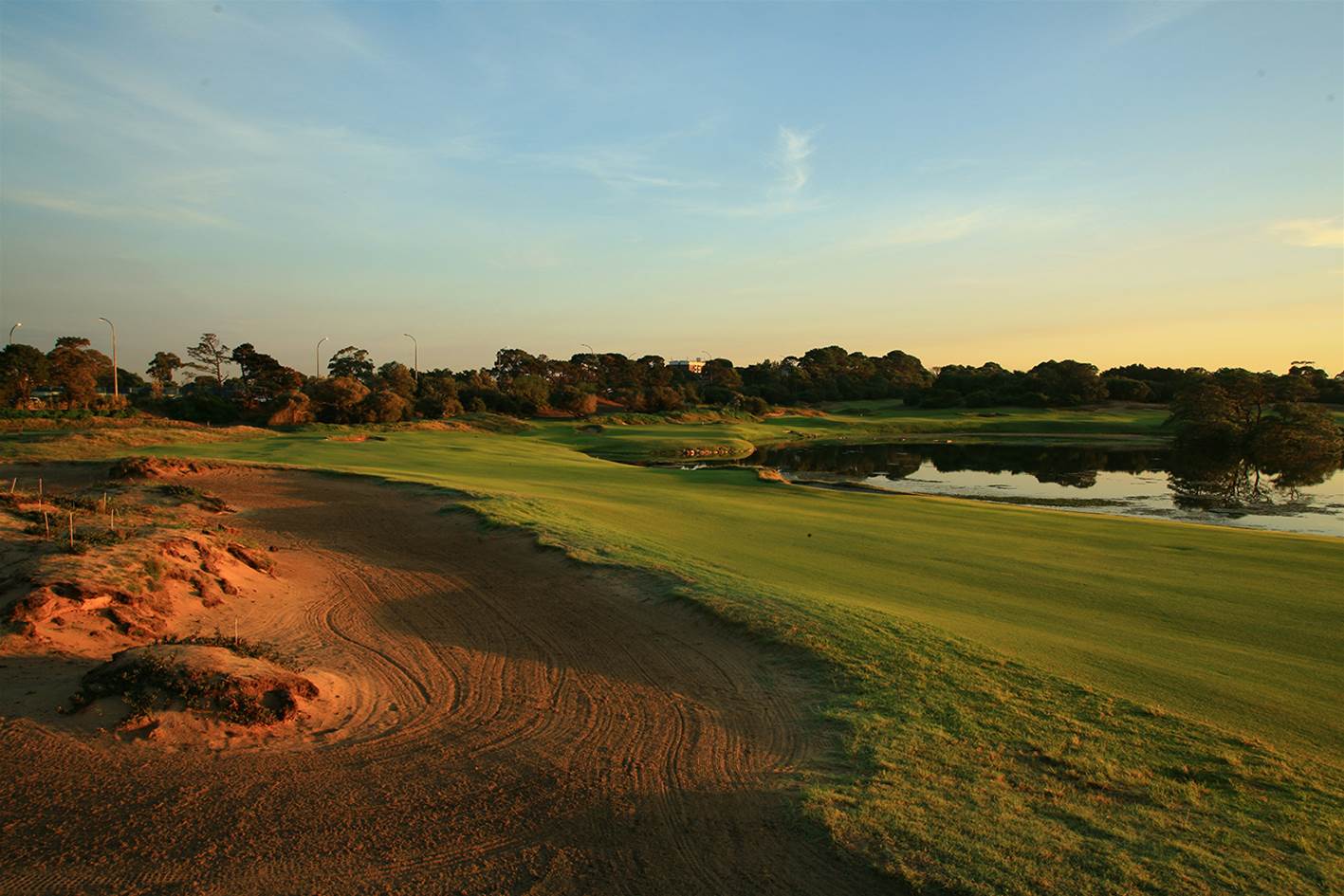 The pros revel in the architecture of this hole, citing its perfect risk-and-reward qualities – reachable in two, but over water, and only when a certain length and line is achieved from the tee. For the rest of us it’s a riddle: easy(ish) drive, a confusing second shot line that often leaves the player under-committed, and then a pressured approach – from a downhill lie – over water.

The redesign here a few years ago didn’t alter the tee shot, which offers a great advantage to the player who can drive it close to the lake down the left side. The ground near the lake affords the player a level stance – as opposed to the downslope players who drive to the right will find – and the shot to the green is much shorter. The green hugs the water and is the biggest, wildest putting surface on the course.