A blind tee shot to a big wide fairway is followed by a beautiful view once you have topped the crest of the hill. The Bimbadgen Estate vineyard lies to the left of the descending fairway, which shortens the hole considerably. Most will hit their third shot from close range (or from the huge greenside bunker) onto the two-tiered green, featuring a left-to-right slope.

This tight, winding three-shotter follows the north bank of the Murray River. A long stand of tall gums right of the fairway brings the riverbank on the left and a penalty drop into play. Another imposing river gum sits to the right of the entrance to the slightly elevated green with a bunker left, meaning a very precise second shot is required.

A spectacular par-5 that sends golfers on a rollercoaster ride over half kilometre of the most undulating land on the course. From the tee you can see the green perched high on a hill in the distance. To get there, your drive flies downhill, over two fairway bunkers to a fairly generous fairway. The fairway is split in two by rough at the bottom of the hill. The “second” fairway climbs out of the valley to a green that lies diagonally to your approach. 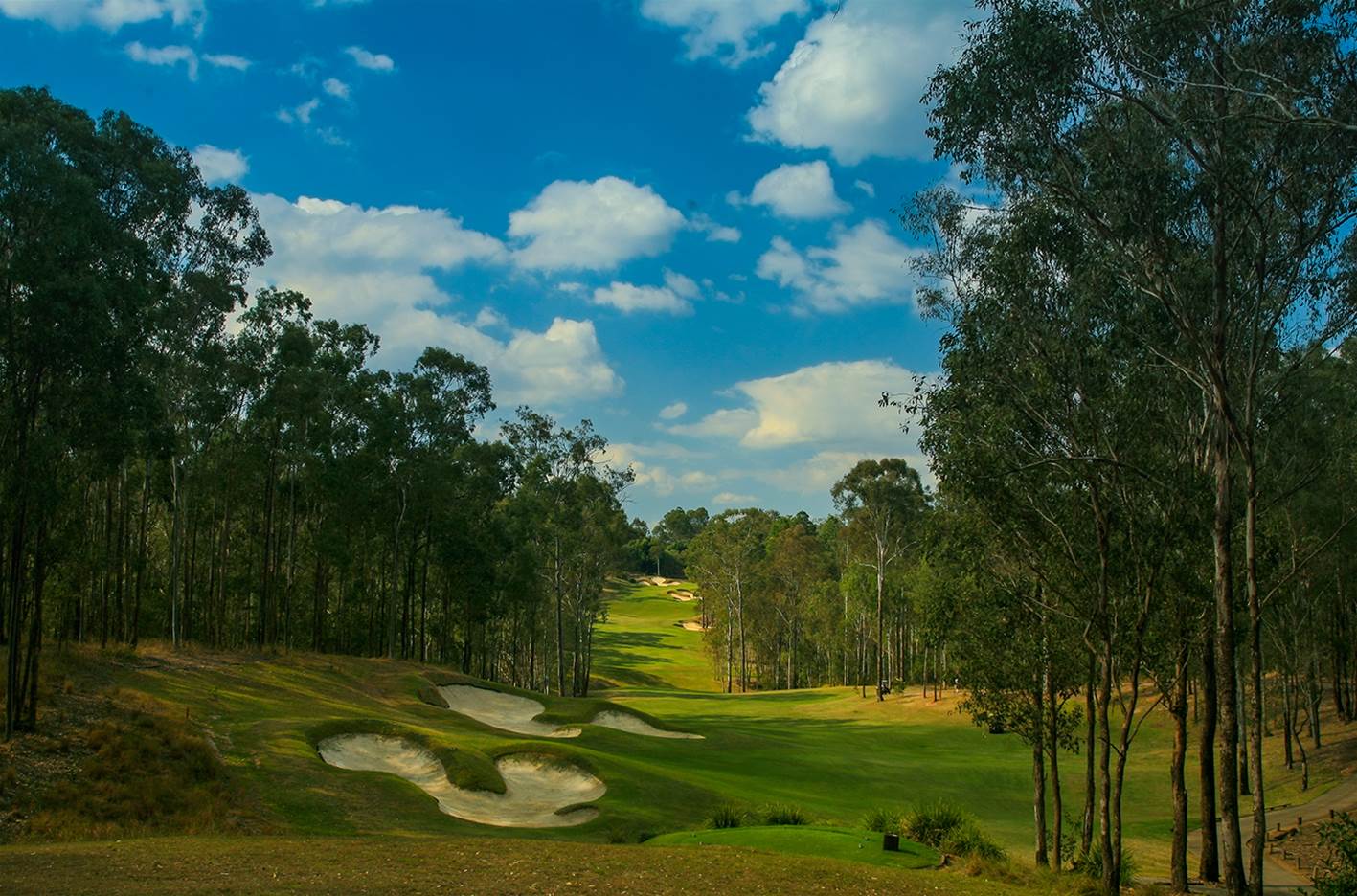 This par-5 plays even shorter than the scorecard suggests as the tee marks the highest point on the hole. By avoiding the bunkers right of the fairway off the tee and a decision to either lay-up short of the green or try and reach with the second, will have to be made. If laying up is the decision, the best line into the green is from just short of the second set of bunkers, to be found on the left of the fairway. A slightly longer lay up to the right will give a shorter shot in, but a more difficult line over the greenside bunker.

Water plays a significant role on the Red nine at Indooroopilly and is the main feature of the 9th hole. Here, you must bomb a drive over a lake to the fairway, which is diagonally placed to the flight of your tee shot. Then you need to take on more water with your final approach to a semi-island green where there is water short, left and long of the putting surface. It is a treacherous journey from tee-to-green but what a closer.

This hole is fraught with trouble for those who try to reach the green in two. It is a slight dogleg left with water and a pot bunker easily reached down the left from the tee, while a huge fig tree can also be problematic. The slightly raised green is protected in front by a large pot bunker, which might be a slightly better find than any of the five small deep bunkers scattered across the last 80 metres.

Hope Island co-designer Mike Wolveridge once described the 18th as “a venue for great theatre”. It is hard to argue with him given that water flanks the left side for all 511 metres and there are 13 bunkers between tee and green. The green is small and firm, placing greater importance on the angle of approach, with the left side close to the water –to avoid the swale built up high on the right – being the preferred option. 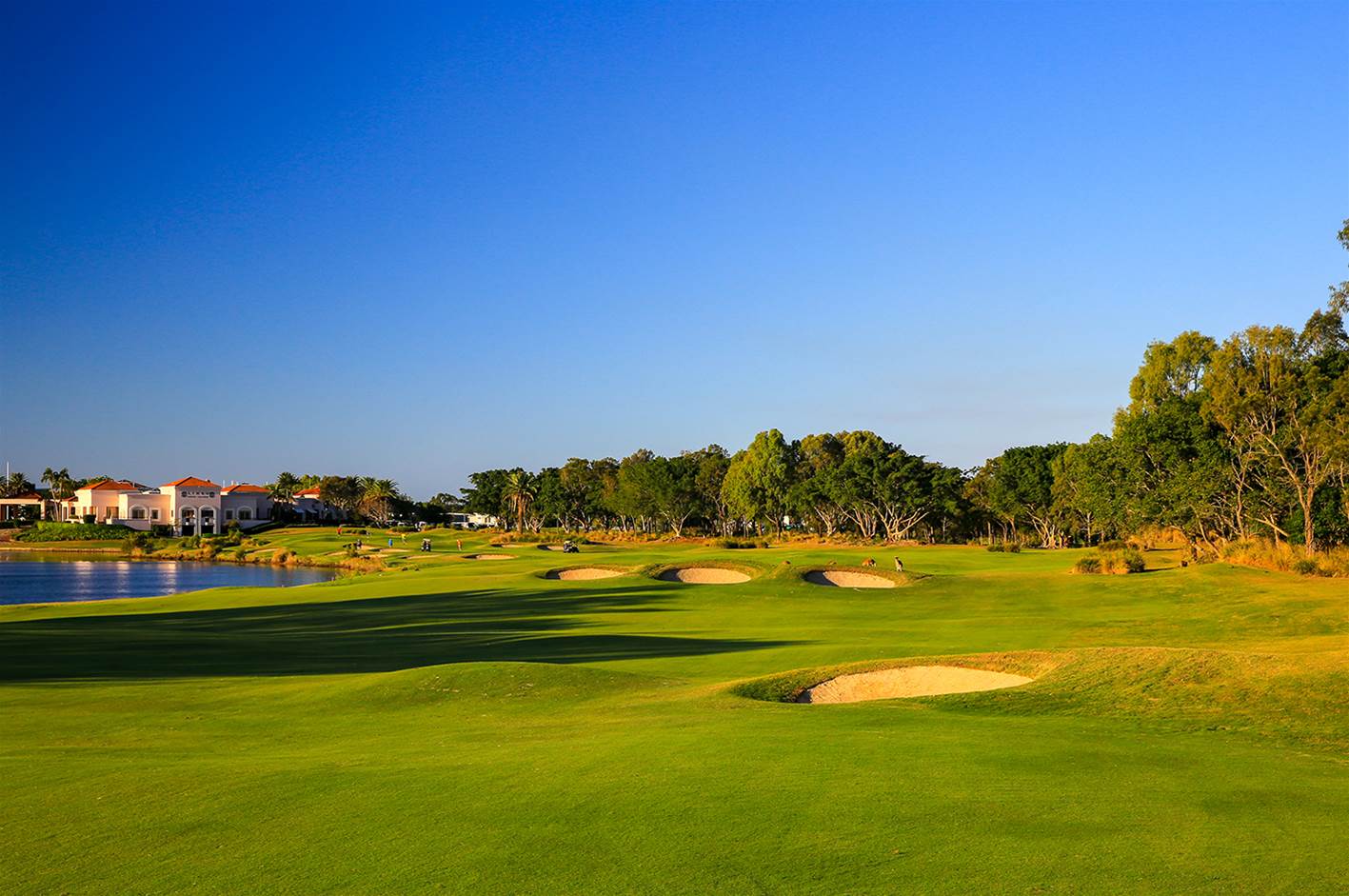 The 14th, known as Glasshouse, is a superb driving hole where water to the right and a massive bunker left frame the landing zone. Going for the green here requires a long shot to carry a creek that cuts in front of the putting surface. Laying up short of the creek in the right half of the fairway is a good play.

The test is knowing your limitations as you stand on the tee and pluck up the courage to carry your drive over the lake and set up a chance to hit the green in two shots. If you cannot reach the green in two you must keep out of the bunkers on the left when you lay up with your second shot short of the water, which also cuts through the fairway. 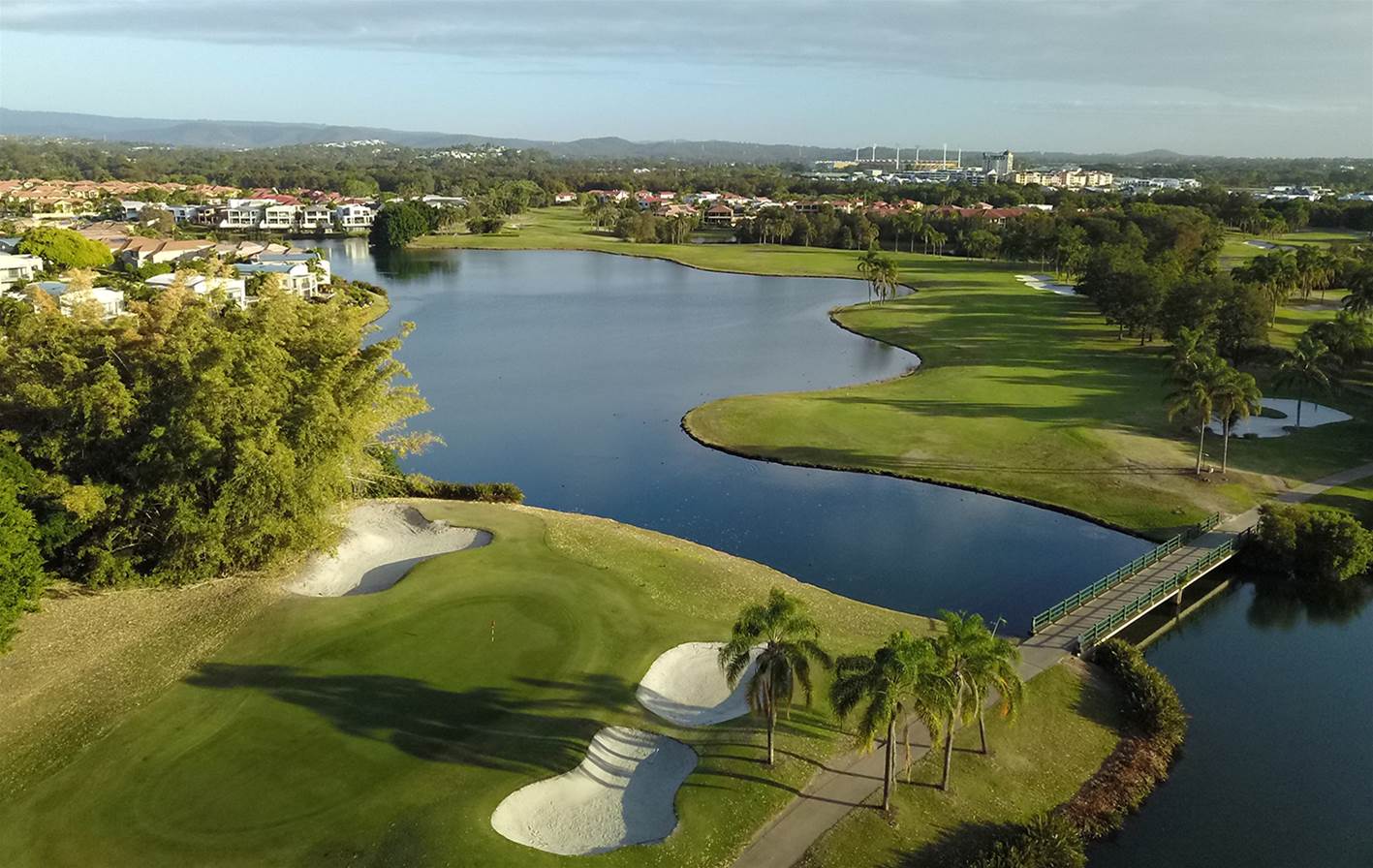 A wide driving area is laid out in front with the fig tree just left of the dogleg right fairway providing the ideal aiming point. The fairway continues to turn right, following the edge of the adjoining lake. Any approach into the green – whether they are a long second or short third shot – must be accurate as there is a bunker left and another to the right next to the water, both of which pinch in the entrance to the green. 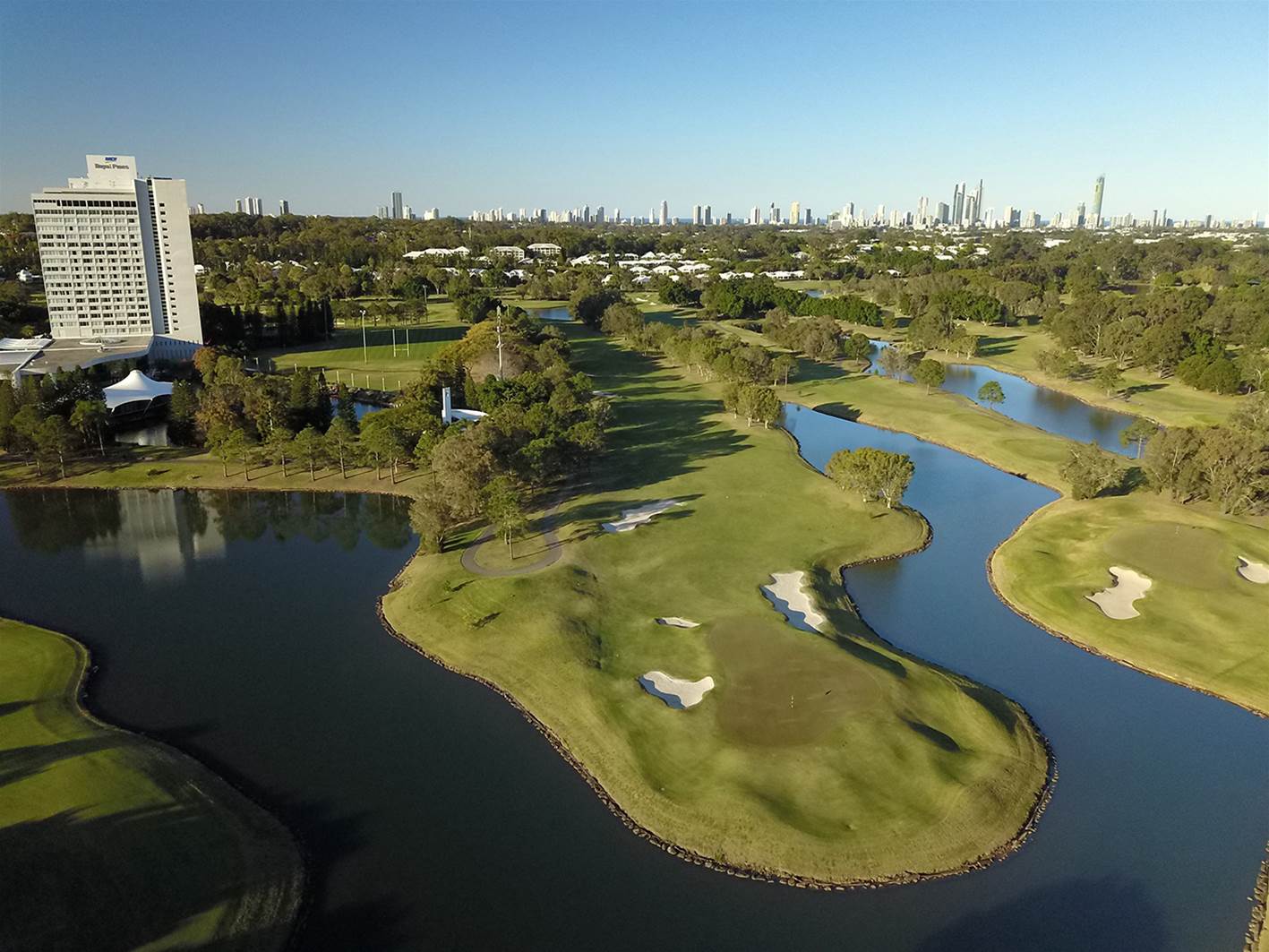 With a wide fairway presenting from the tee, the only visible concerns being a lone bunker and a line of trees, with out-of-bounds beyond, to the right. Long hitters should be aware that there is a lake to the left that comes into play for tee shots blasted down the left edge of the fairway. The hole then turns slightly right and bunkers line the final approach into the semi-island green.