Blackwood’s most memorable hole skirts the largest dam on the course and comes into play left of the fairway. The aggressive line is to drive just right of the water, which provides the shortest route and an opportunity to hit the green – found beyond a second lake. The green, which is set into a hill, features a false front in its right half and can repel any short shot. 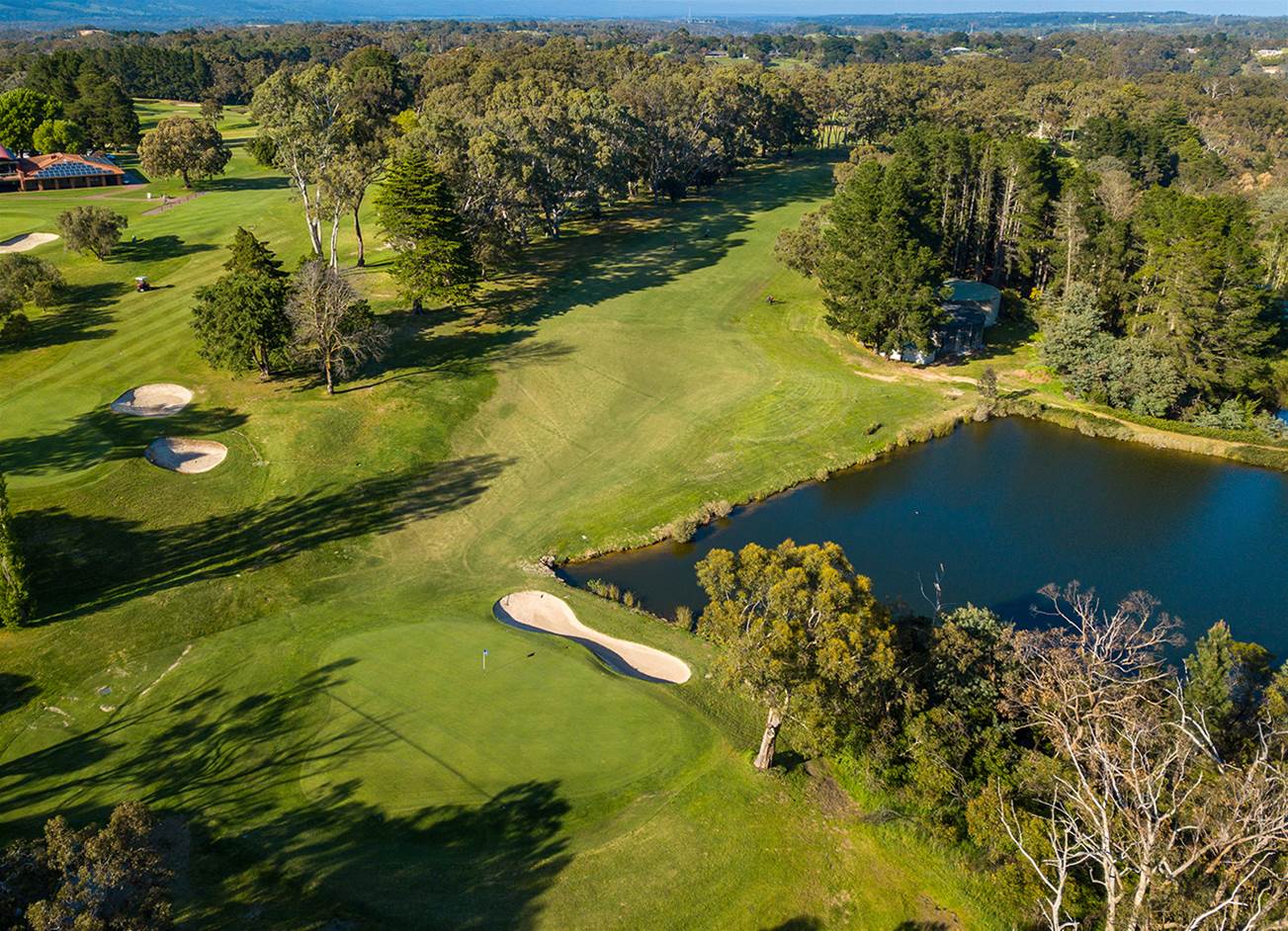 The 12th tee sits on the highest point on the course and offers great views of the course and beyond to the Mt Lofty Ranges. The right half of the fairway is the preferred driving line to gain a view of the green. That said, two sight-of-line bunkers through the fairway must be avoided. The green lies in a dell and slopes away from the approach shot.

Accuracy is critical on this short par-5 as thick vegetation lines both sides of the hole requiring a drive to hug the fairway bunkers on the left. Reachable in two or laying up the player needs to avoid a large natural dune on the right, which will grab any errant shots. Negotiating this leaves an easy pitch to a relatively flat green and a birdie opportunity.

A drive that skirts the edge of the fairway bunker left will give long hitters a chance to go for the green in two. The second shot needs to be played down the left half of the fairway to avoid a dense stand of trees to the right, which may block approach shots into the relatively flat green that is surrounded by four bunkers.

With fairways that always play firm and fast, the closing hole at Links Lady Bay offers plenty of stumbling blocks before you get back to the clubhouse. A lone pot bunker – unseen from the tee – in the right half of the fairway can easily be found with a slightly inaccurate drive. The ideal playing line is to skirt the left rough. If one chooses to play short, the next complex of bunkers will come into play on the right, as the ball for this second shot will be below your feet (for right-handers). Greenside, there are bunkers right and left as well as mounds and swales, all of which add to the complexities of making a par here. 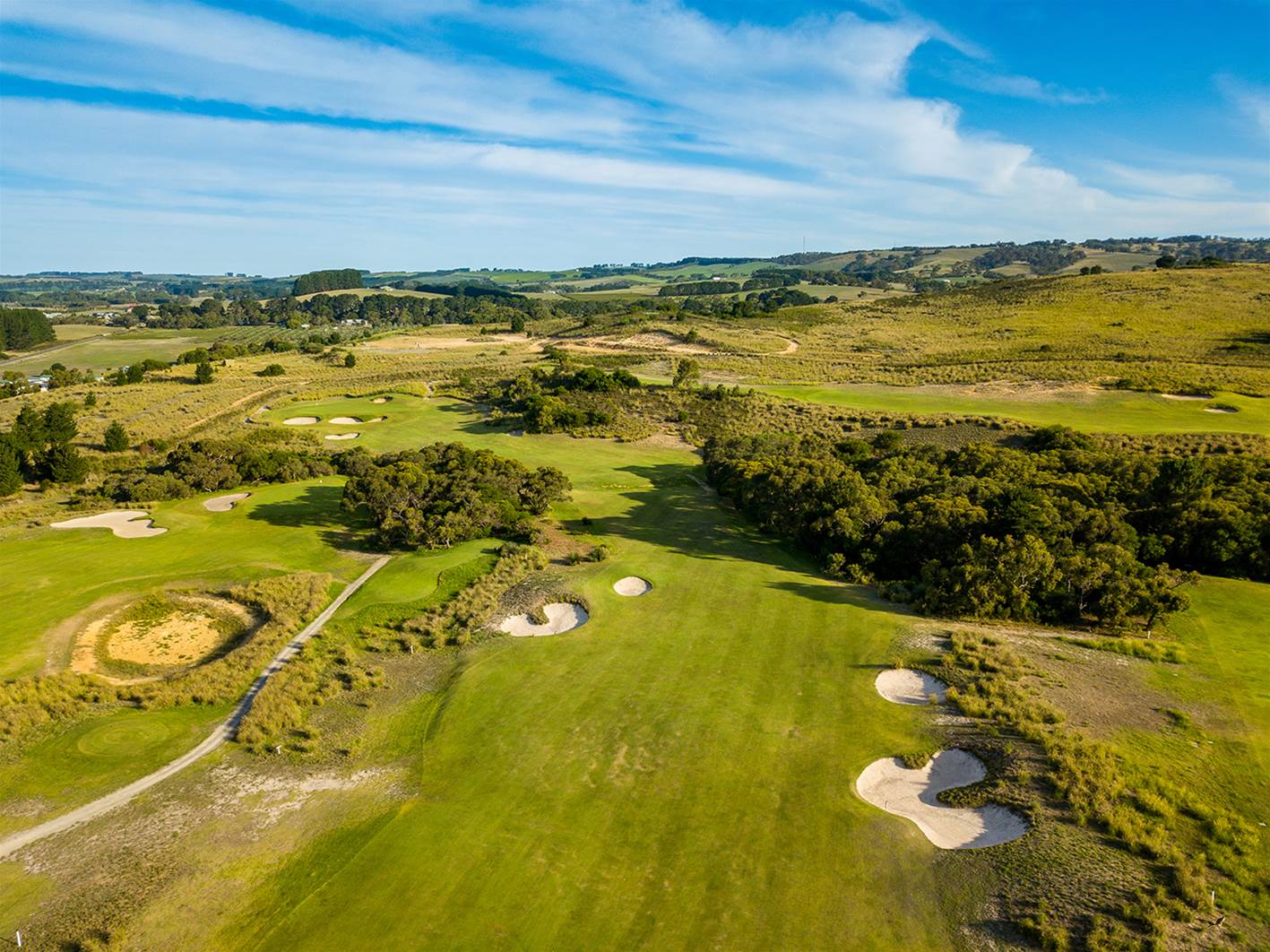 A fabulous risk-and-reward par-5 which will have long-hitters anticipating a strong start to the back nine. Most of the 10th fairway can be seen from the elevated tee. The fairway is cut in two about 290 metres from the tee and, from there, it is about 150 metres up to the elevated green, which sits diagonally to your approach. Seven bunkers, some impenetrable long felt grass and native banksias line the final approach.

The beautiful 2nd at Royal Adelaide runs alongside the Adelaide-Glenelg train line that cuts through the course. The railway line, which extends down the left side of this hole is an integral part of the course. An errant shot coming to rest among the sleepers must be played as it lies or a penalty taken. The par-5 is perfectly bunkered – with eight bunkers in the vicinity of the green –to make the long second risky and thought provoking.

Tom Doak’s work at Royal Adelaide in recent years has seen positive changes here with a new fairway bunker added, about 275 metres from the tee on the left, from which a gentle mound extends across the fairway to thick rough and a small stand of swamp oaks. On the right, the mounding has been increased and complements two deep bunkers. The green has a well-defined step and a putt from any direction demands close scrutiny.

From the back markers, this is a beast. But the blue markers (468 metres) and red markers (416 metres), offer a more interesting and fun hole, especially when the prevailing headwind is blowing. The tee shot is uphill with out-of-bounds right but once you’re in the fairway, you have plenty of options to consider in avoiding greenside and fairway bunkers en route. 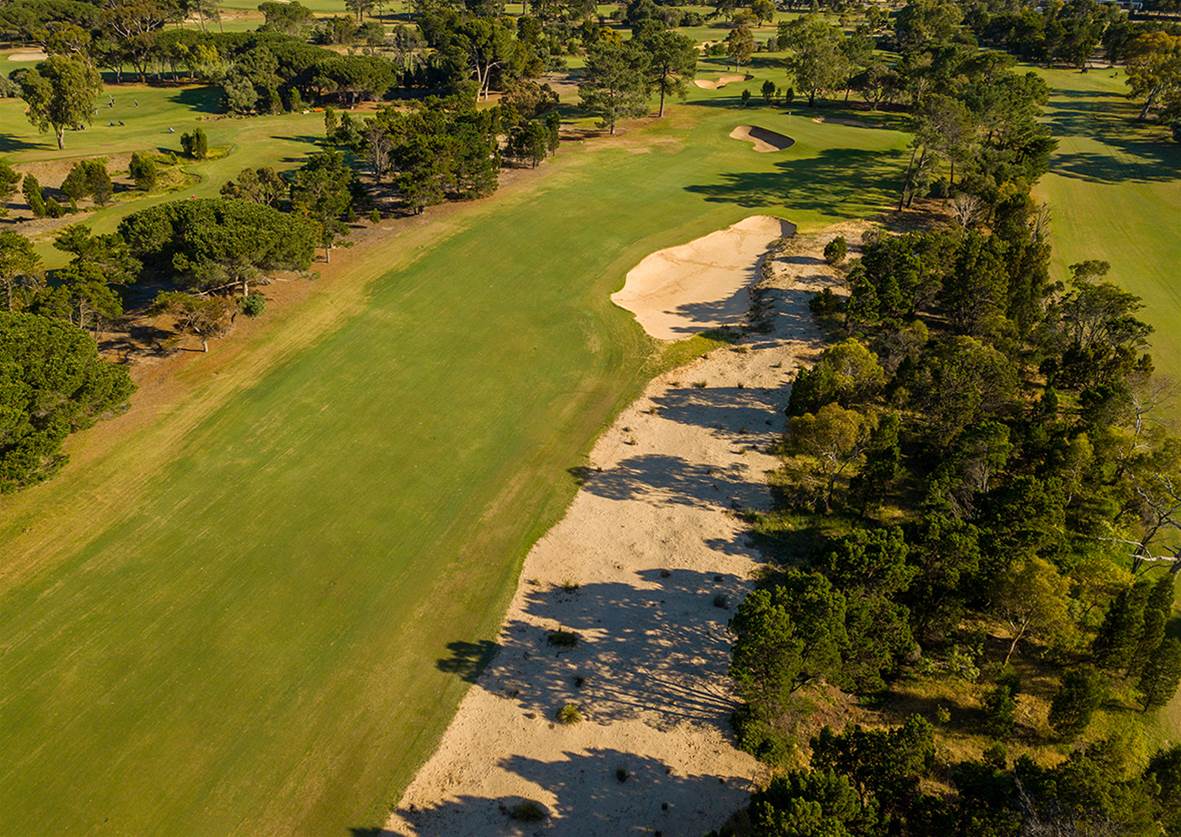 The opening hole is easily reached in two shots by longer hitters. But the wide green will reward the player who has driven down the right of the wide fairway and close to the sandy wasteland that flanks most of the hole. Those playing the hole as a three-shotter will find an easier pitch from the right edge of the fairway as the shot over the front bunker from the left half of the fairway is best avoided so early in the round.