From the elevated tee, you get a view of the green beyond a crop of bunkers for the only time over the first 400 metres of the journey. Most will play three shots to reach the green, and the ideal route is to the right of the cavernous sandy pits well short of the bunkerless green. 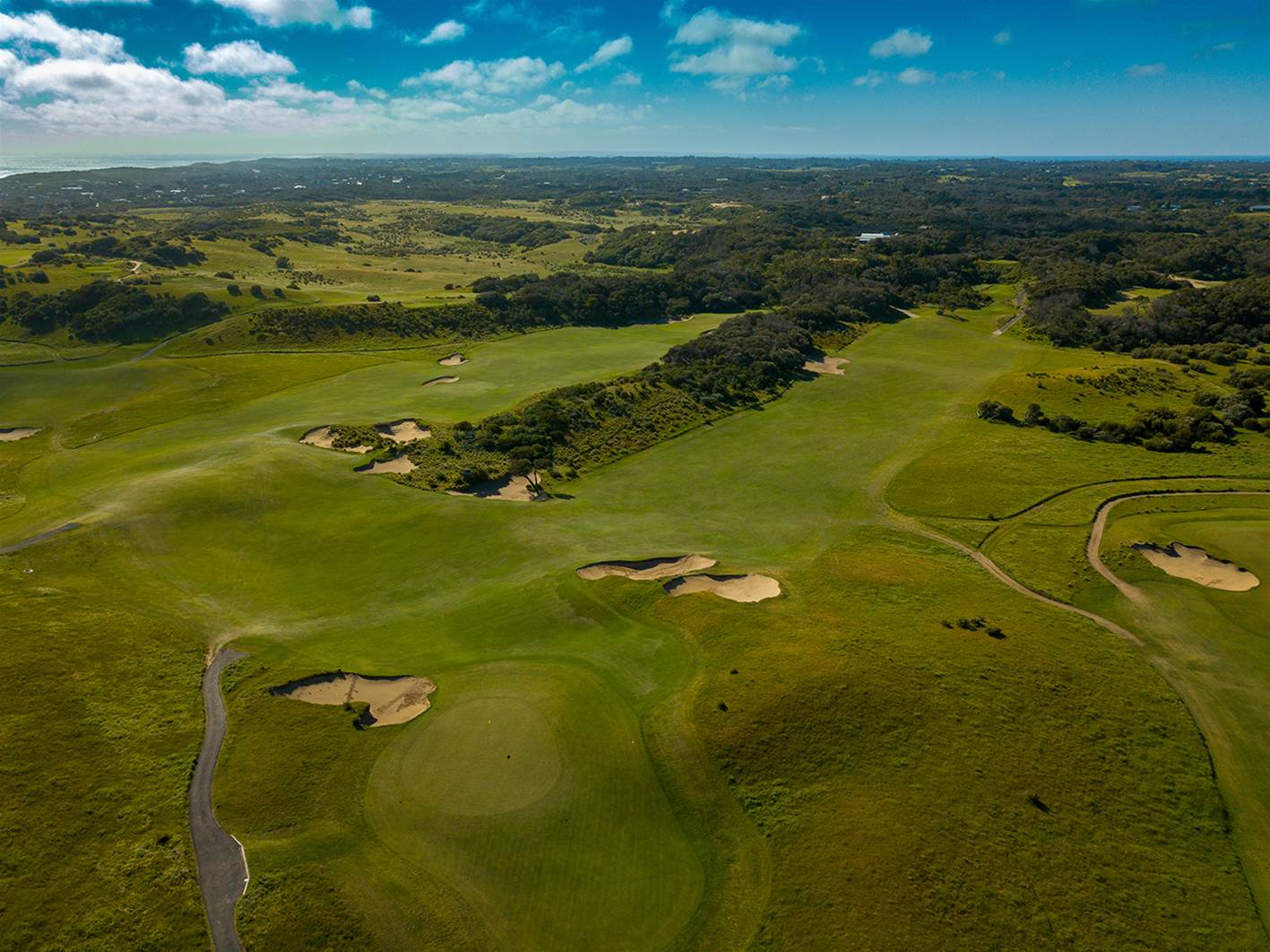 Tom Doak created an entertaining hole where your options depend largely on the wind direction and strength of the day. The fairway is wide but features two large bunkers left and a small pot bunker in the middle of the short grass about 240 metres from the tee. Approach the green from the right, but don’t over-club here as a steep drop-off long and left will repel balls well away from the putting surface into a bunker.

A terrific par-5 that can easily be reached in two one day and then a good three-shot hole the next. A draw from the tee around the bunker can take advantage of the down slope and will leave a short approach. The approach to the green will be played from a downslope making it more difficult to hold the wide, but shallow, green.

A memorable par 5-where using the roll and slopes of the fairway over the dunes is beneficial. A drive to the right half of the fairway will feed back to the middle of the fairway, leaving a long second shot over a vast sandy wasteland to a semi-blind stretch of fairway. Don’t get too greedy by aiming too far right as it’s a longer carry than it would seem.

The longest hole on the course is also quite a strategic one, as a result of the Tom Doak redesign. The tees were moved back and left to bring a boundary fence into play. The fairway is wide and turns left and then right around a massive blowout bunker, which blocks out any view beyond if hitting a second shot from the right half of the fairway. 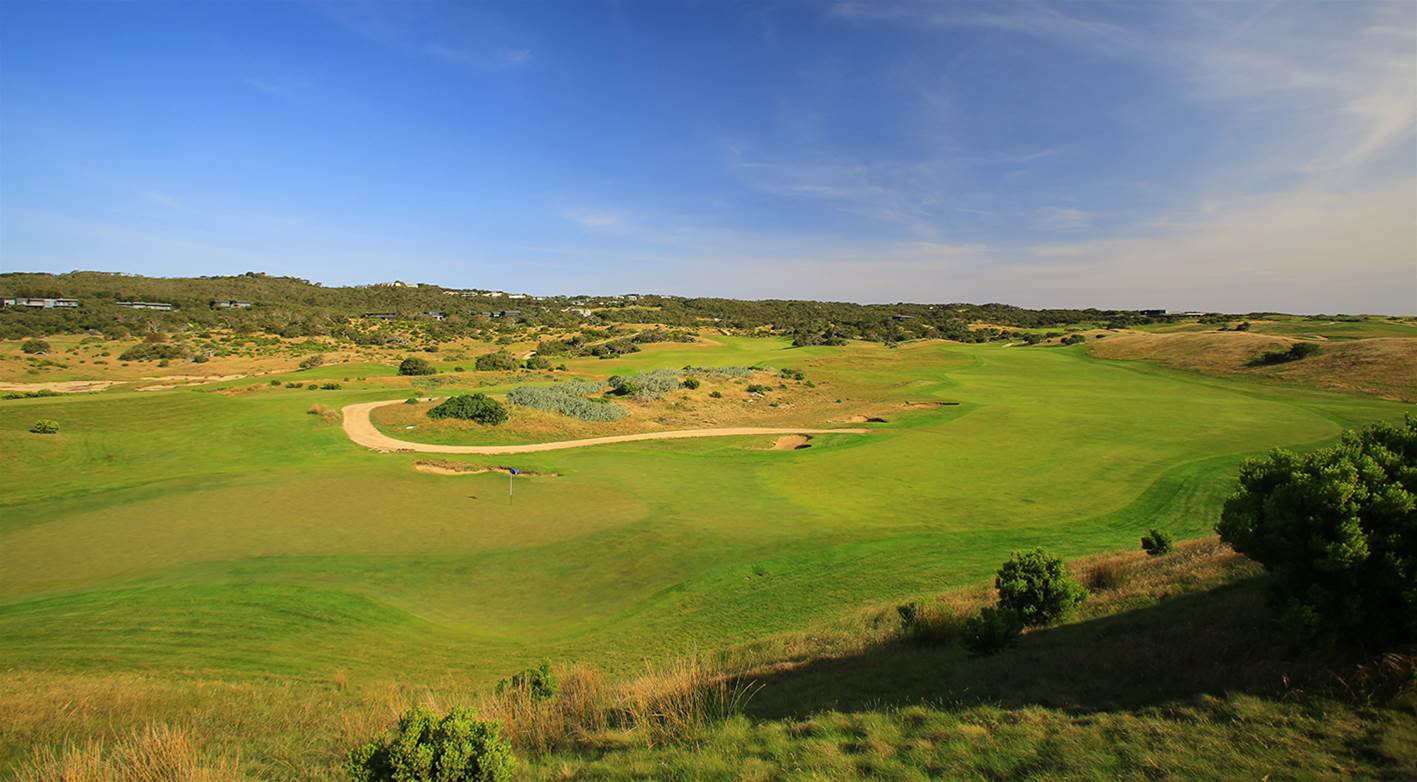 The strategy for playing this hole will vary tremendously from player to player and the wind conditions of the day. One thing is certain though. More pars and birdies will be made by a tee shot into the fairway, followed by an iron shot second to the heart of the fairway between the final framework of bunkers, located at pitching distance from the green.

The tee shot here is framed by deceptively deep bunkers, left and right of the fairway. A rear pin placement will favour running approach shots to a 36-metre deep green. The aggressive play is to take on the left fairway bunker and enjoy the added distance of landing the drive on the downslope to set up a birdie.

A rolling three-shotter with spectacular ocean views, again with an option for the longest hitters to blast a tee shot across the dogleg from the elevated tee, which will leave the green within reach of two blows. A more conventional approach avoids the left side fairway bunkers from the tee requiring the second shot to be played short of further fairway bunkers within pitching distance of the green.

Depending on the wind strength and direction, players may need to throttle back to hitting an iron off the tee to find a narrow throat of fairway, which is guarded by a water hazard on the left and cypress trees and a bunker on the right. Most will reach this green with their third shot and is ideally played from right of the bunkers 100 metres short of the putting surface. 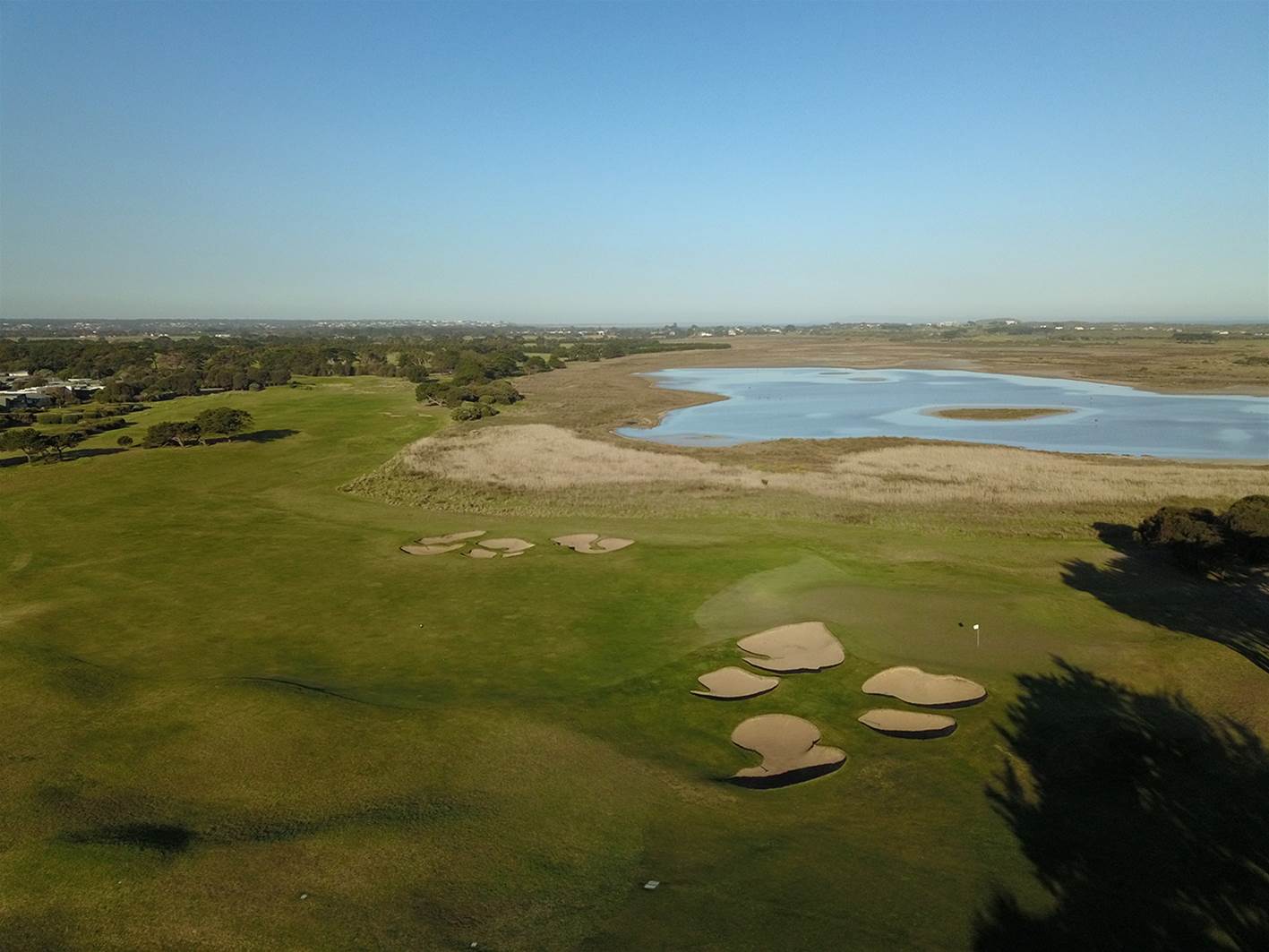 An outstanding par-5 where birdies are as easily achieved as double-digit scores are inflicted. It is a wonderful driving hole with a fairway rolling between an out-of-bounds boundary left and deep fairway bunkers right. A small pot bunker in the middle of the fairway marks the approach to the elevated and undulating green.

While this hole plays as a par-4 in tournaments, as a par-5 for members and guests it’s a gem. It has been made even better in recent years with the clearing out of scrub on both sides of the fairway, exposing vast areas of sandy soil beneath tall trees. The redesigned bunkering is a real feature of the straightforward hole.

The second of back-to-back par-5s plays much longer and can easily take back any shots gained on the previous hole. The 9th is a genuine three-shotter for most players, with two solid shots being needed to clear a hill en route to the green. Find the trees or any of the fairway bunkers and the best you can hope for is a bogey. 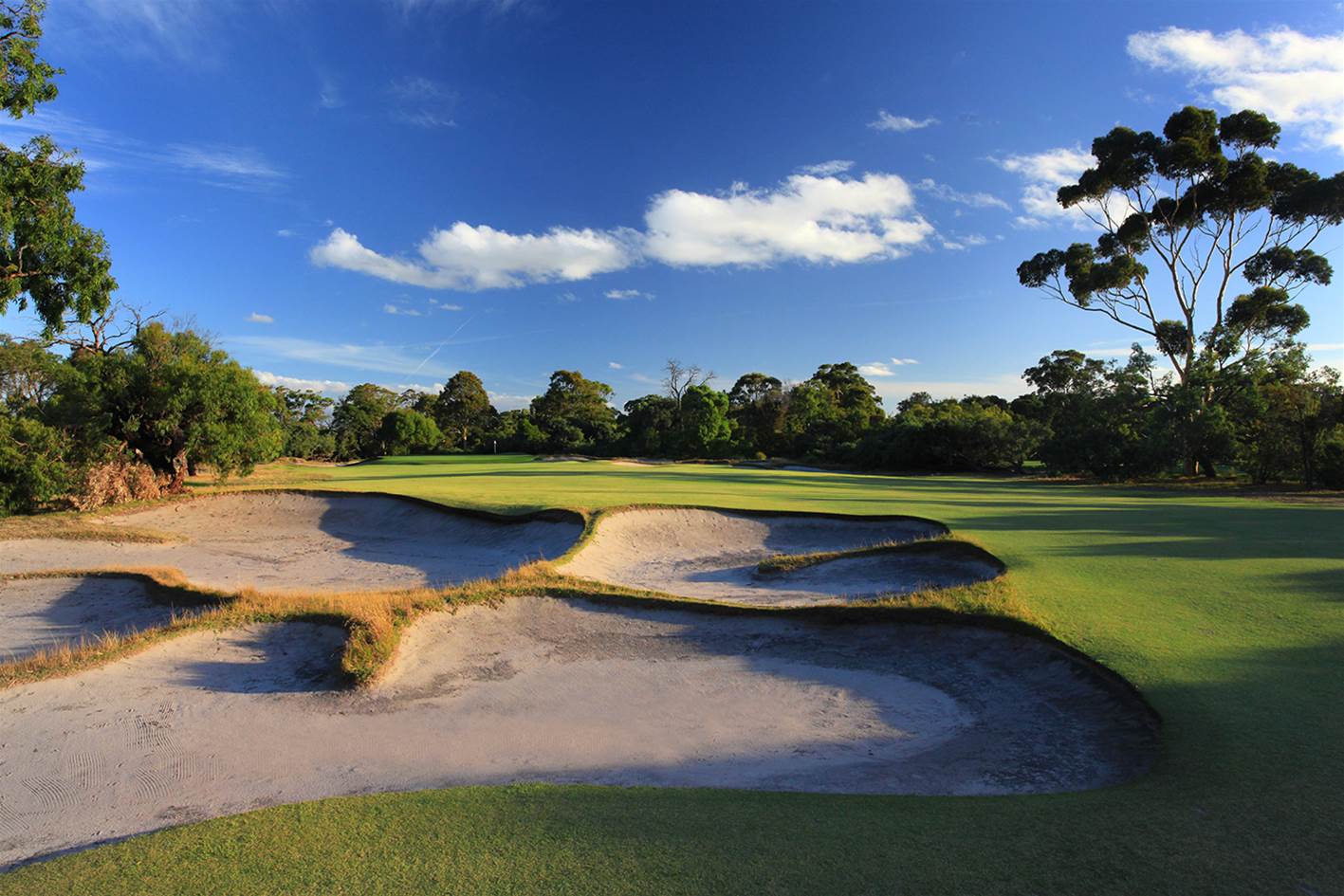 Here is a par-5 fraught with danger from tee to green, but it is in the last 100 metres where the hole really ramps up the challenge. A large scheme of cross bunkers stretches across the fairway from the left and pose questions of your club selection for the second shot. More bunkers line the right of the fairway, just short of the green, and a deep greenside sand trap cuts into the left edge of the putting surface.

Playing the tee shot to the right centre of the dogleg left fairway is recommended as fairway bunkers inside the dogleg will catch even slight mis-hits. The uphill second shot, again, needs to be kept right to avoid more bunkers narrowing the fairway from the left. The green features a false front and subtle slopes that make one-putts a real challenge.