The double dogleg par-5 is home to Australia’s longest and deepest bunker, which flanks the fairway for the last third of its journey to the green. Ladders help you get into and out of the bunker, which has a 20-foot high rock face and can prove the downfall for players of all abilities. 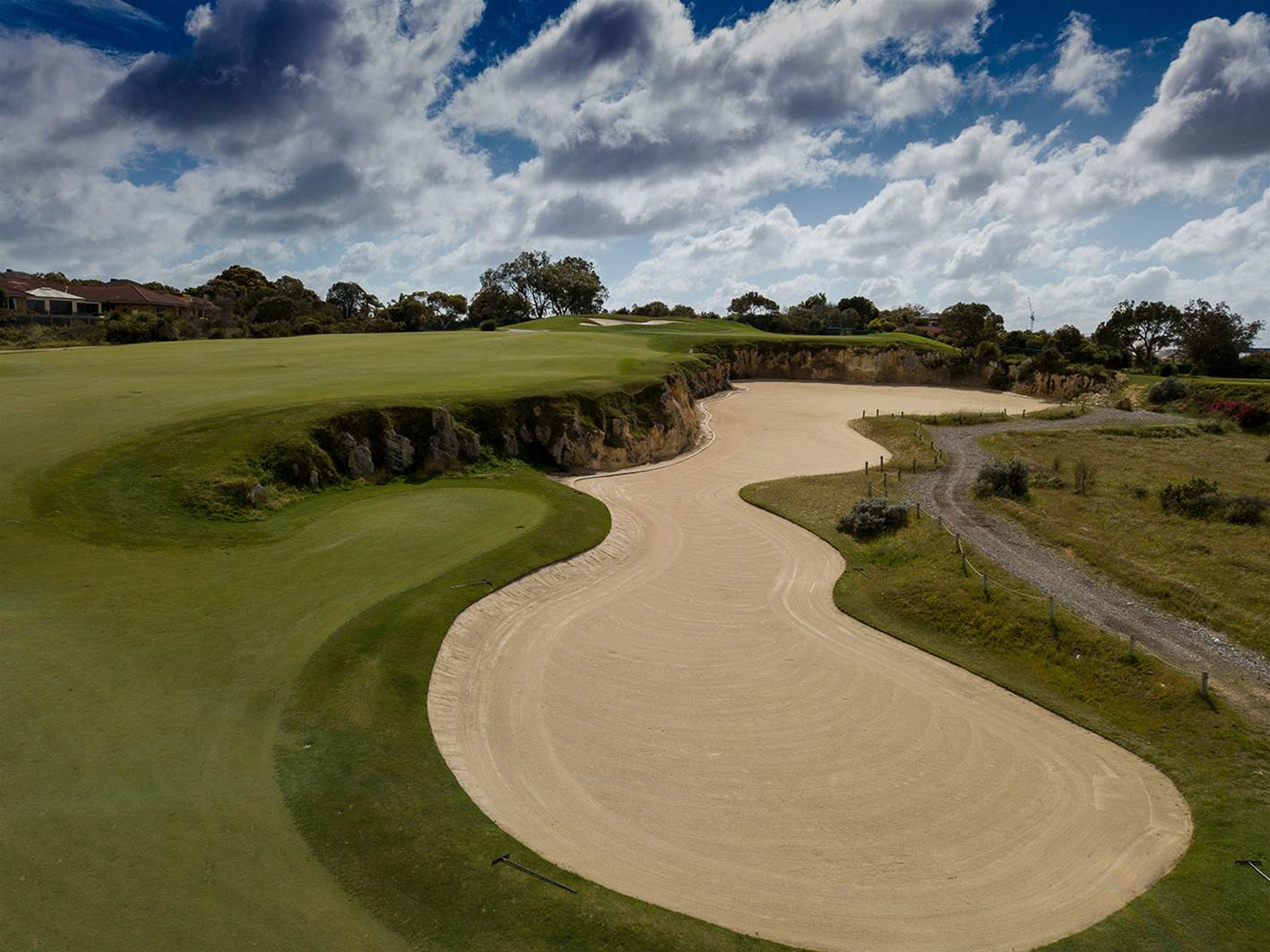 Snaking is one word often used to describe a thin fairway that bends and turns its way from tee to green. It is a word that applies to the 9th hole of the Dunes course at Joondalup. Not only does it turn left and right but the fairway pitches and rises several times (and winds between bunkers and bushes) before reaching the very wide but shallow putting surface.

This par-5 is as tough as it is memorable. Cut in two by a sandy wasteland, most will have to find the far left of the fairway to avoid running into the sand, while the longest hitters can take a playing line right down the shorter carry over the wasteland. The angled green is terraced into the hillside with three distinct levels, with the lowest point being at the back of the green. 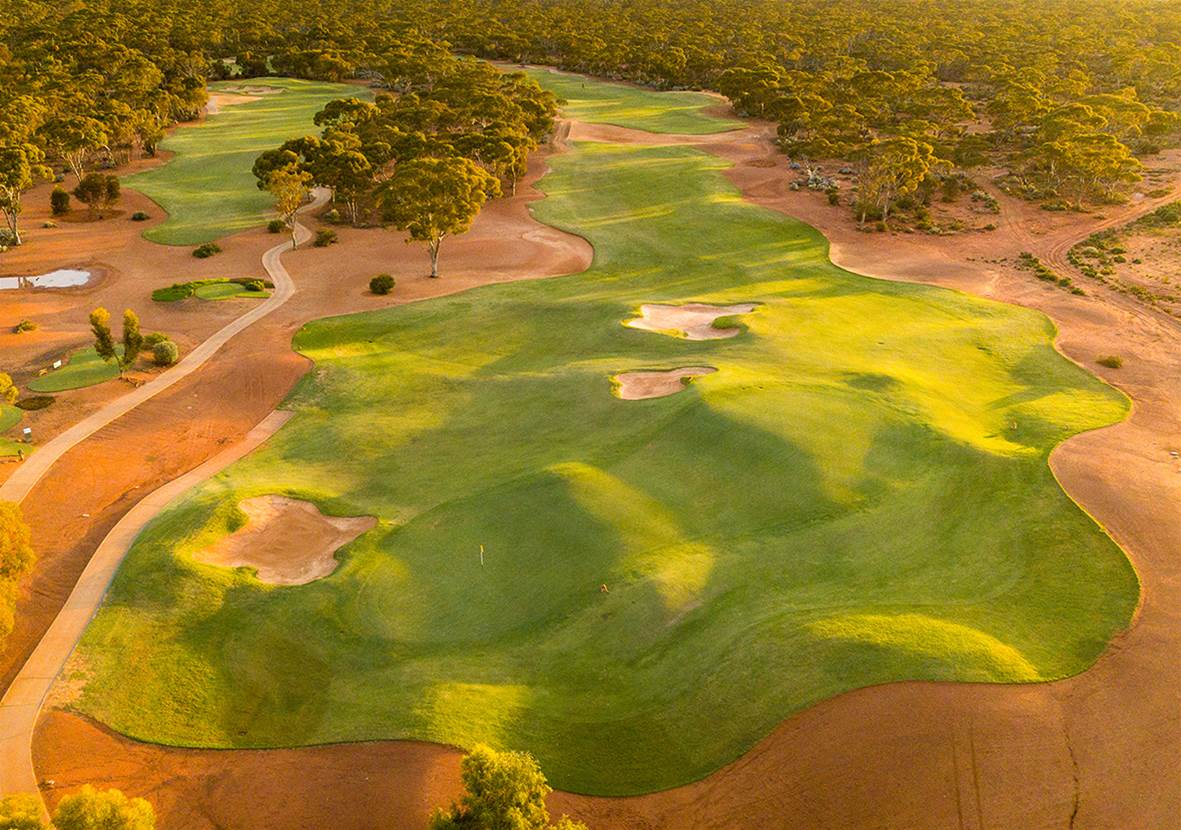 Played over a hill, most players will hit over the crest and have to play off a steep downslope with a long club in hand, which is a tough shot for any golfer. Some will be able to reach the green in two blows, but the rest will have to answer the strategic questions posed by the fairway bunkers both left and right of the landing area.

This par-5 was lengthened nearly 70 metres by Mike Clayton during his redesign in 2008. He also placed a centreline bunker in the driving zone to ask more questions of players on the tee. It’s a huge influence on the drive and players with aspirations of getting up the hill on the green two have to take the bunker on. The green here is small and slopes markedly from back to front, which presents plenty of headaches for players finishing long of the putting surface.

A long, narrow three-shotter with pot bunkers right off the tee and an enormous fairway trap, known as Kennedy Bay’s ‘Hell’ bunker, short of the green. The prevailing wind is off the left, which makes this hole very tough indeed.

The 15th is a sweeping right three-shotter that is played from elevated tees with an unobscured view of the journey ahead – a rolling fairway lined by ancient Tuart trees. This places a real demand on accuracy all the way to the triangular green, with its subtle and deceptive slopes.

A brutal three-shotter to end the round, particularly if played into the breeze. However, the prevailing sea breeze does offer some help, as the rolling fairway heads inland between sand dunes, turning slightly right and then back to the left as it climbs steeply toward the green. A scheme of deep bunkers in the lay-up area and surrounding the green, must be avoided.

A gum in the centre of the fairway gives food for thought. Aim right and you flirt with bunkers. So cut the tee shot around the left side of the tree and then negotiate a half a dozen bunkers guarding the second shot landing area. West Aussie pro Stephen Leaney reckons it is “the most difficult par-5 in WA.” 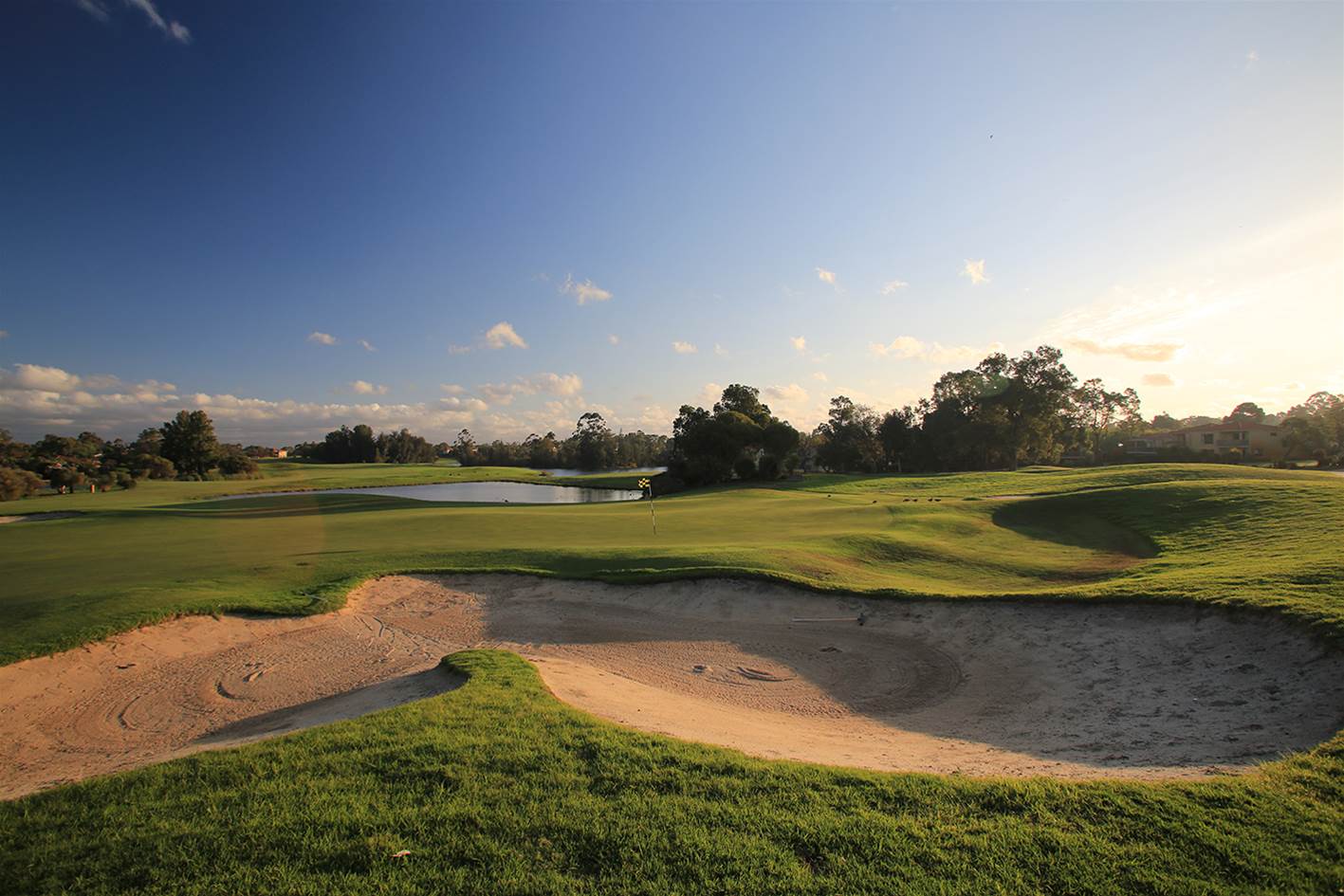 A stirring hole during the old Vines and Heineken Classics, with a reward for anyone risking a second shot 220 metres across water to the undulating green. The tee shot, which must be kept left of centre, is partially blind.