A strategic layout where trouble in the form of wetlands and bunkers can be found scattered across the layout. Kooindah Waters is not a particularly long course but forced water carries on the likes of the 2nd, 8th, 9th and 17th holes test your nerve. www.kooindahwatersgolf.com.au 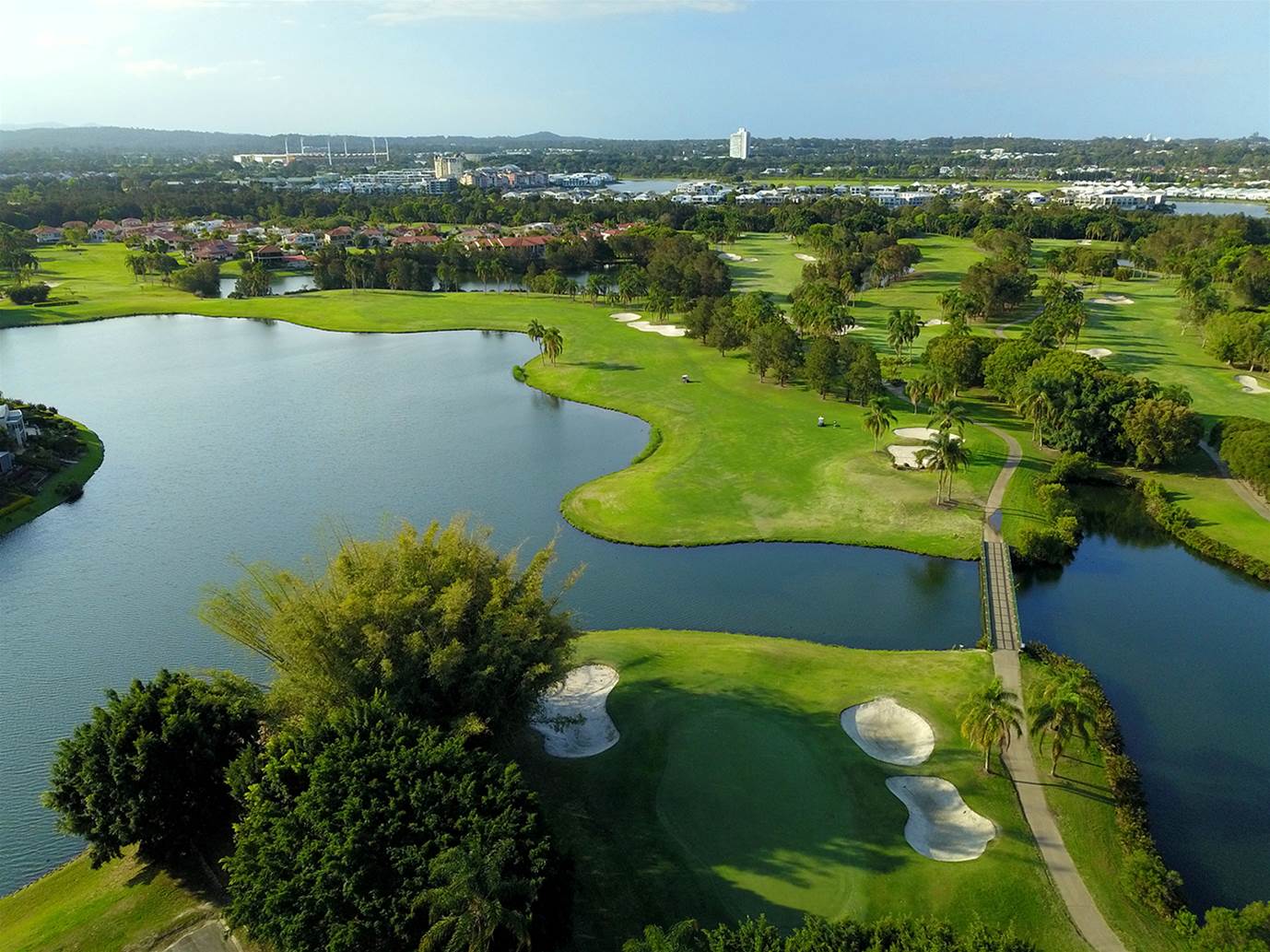 Palm Meadows is one of the most improved courses in Australian golf in the past eight years. Having dropped out of this ranking in 2011, it returned in 2013 at No.78 and is now on the verge of cracking a position in the top half of the list. According to our judges, it’s simply a case of consistently better presentation complementing what has always been an enjoyable design. www.palmmeadows.com.au

The ascendency of one of the most popular courses to be found on the Murray River continues. It has managed to climb a few places each time this ranking has been published since 2013, when it was listed at No.64. The Murray course, like its Lake course neighbour, has thrived with access to better irrigation in recent years. www.yarragolf.com.au

The Dune/Lake course is one of the really consistent achievers in this ranking, having floated between No.49 and No.51 for the past eight years. This reflects exactly what the visiting golfer will find every time they tee it up on the Dune/Lake course – good conditioning combined with a wide range of interesting holes. www.joondalupresort.com.au 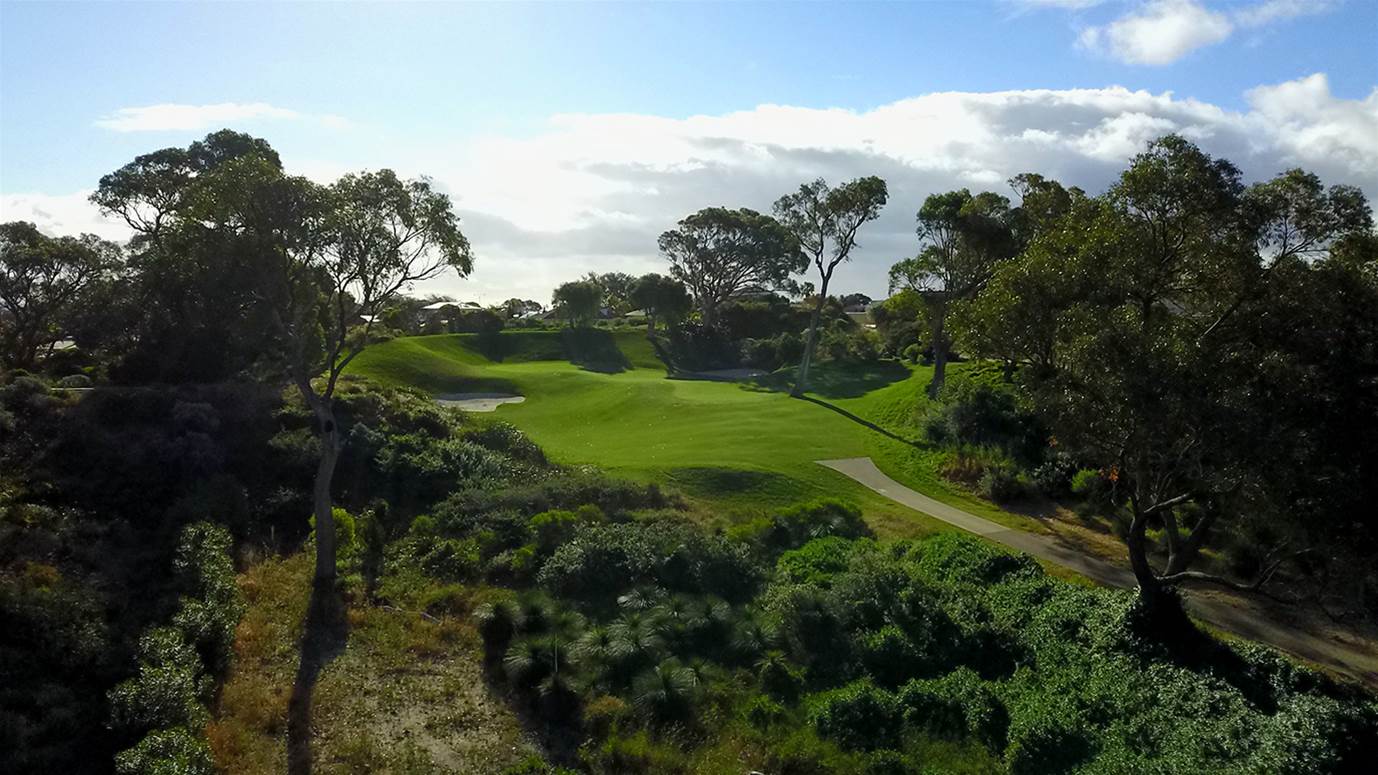 Federal’s dip in the ranking here can really be attributed to the improvement of several other courses in this percentile of the rank rather than any drop off in its presentation or design. Federal is a beautiful course that covers terrain that varies from gently rolling to hilly and offers plenty of enjoyable highlights. www.fgc.com.au

It is nearly eight years since the $9 million rebuild to a Ross Watson design was completed and the course continues to prove popular as a result of the changes. Several judges noted that the undulating greens are some of the most challenging anywhere on the Gold Coast. www.sanctuarycovegolf.com.au 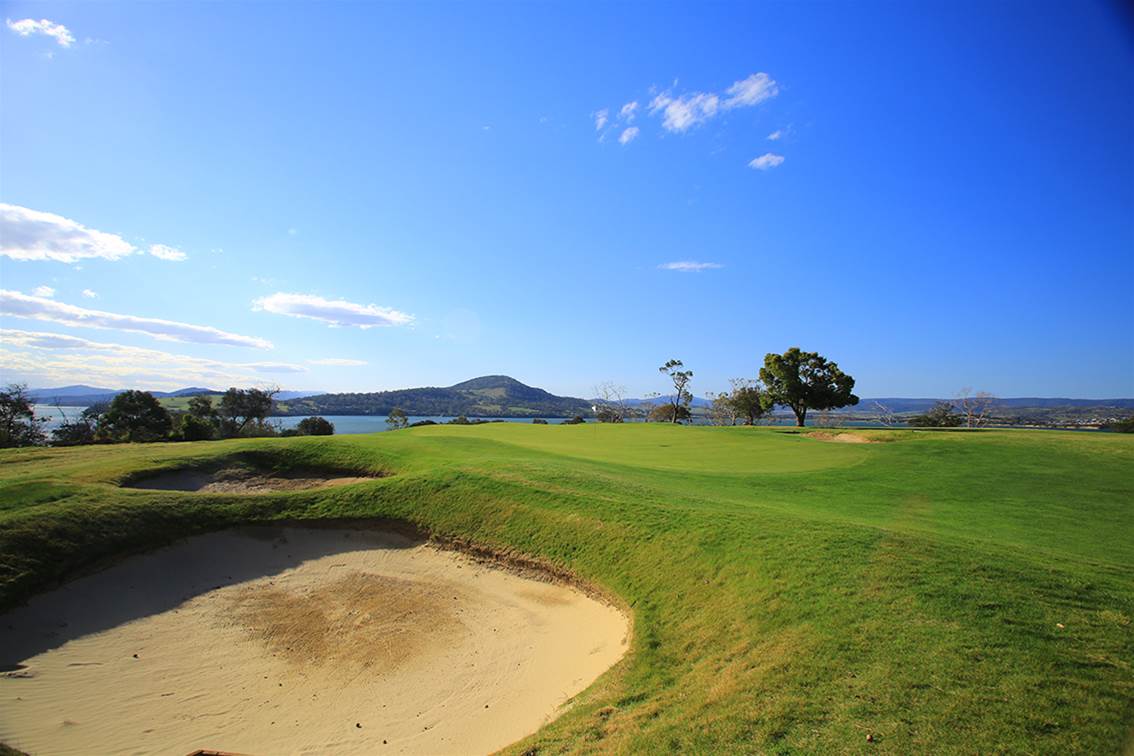 A tree removal program in recent times has really opened up parts of the Tasmania course, which has improved the outlook across the course, the turf quality in several areas and widened the playing lines on some holes. It is no surprise to our judges that Tasmania has achieved its highest-ever position in this ranking. www.tasmaniagolfclub.com.au

Murray Downs can again boast it is the No.1 course on the Murray River, after climbing to its highest-ever position in the history of this ranking. Terrific presentation continues to be a highlight of a round here, with our judges making particular mention of the “outstanding” putting surfaces. www.murraydownsgolf.com.au

Warrnambool’s reputation for beautifully presented playing surfaces has long been the appeal for attracting visiting golfers. But some fine-tuning of the design in recent times – like the clearing of scrub from sand dunes alongside holes on the ‘Shipwreck Bend’ – have enhanced the strategy and enjoyment of playing the layout. www.wgcinc.com.au 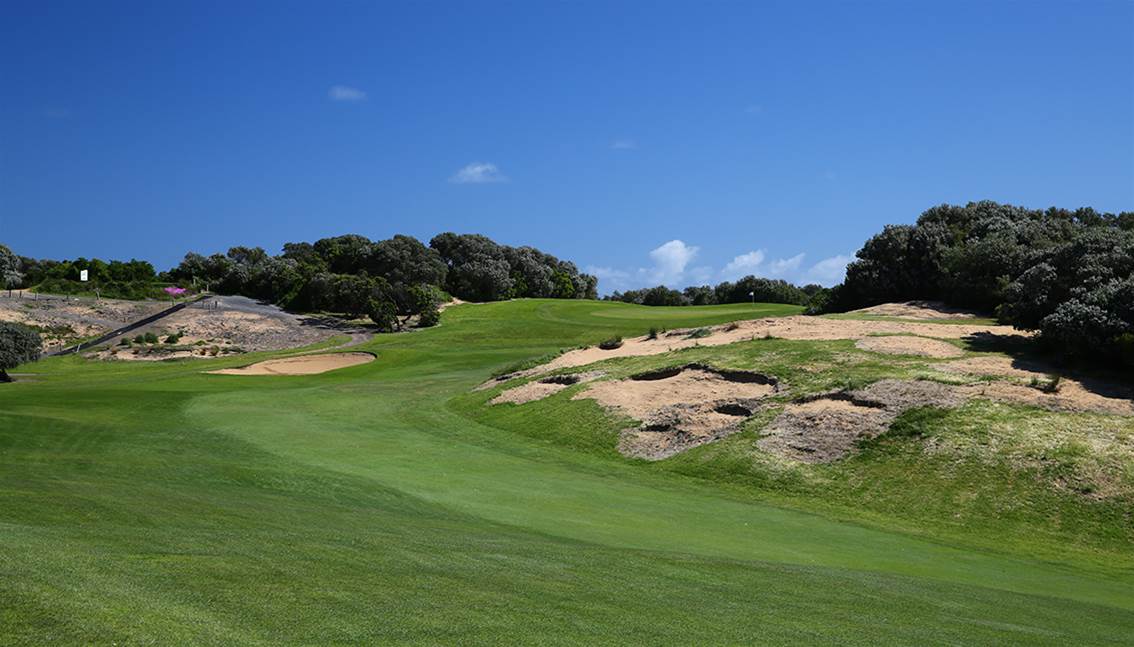 The home of the Australian PGA Championship is undoubtedly a better incarnation since the Graham Marsh redesign was completed in 2015. The course is well-presented year round but some judges felt some of the bunkering is only “ever going to penalise the high handicapper or casual player”. www.racv.com.au

Generous fairways and big putting surfaces make Twin Waters playable and challenging for players of all standards. The Peter Thomson, Mike Wolveridge and Ross Perrett design is a Sunshine Coast icon that is always in good shape. www.twinwatersgolfclub.com.au

Eynesbury celebrated its 10th birthday in 2018 and continues to hold a spot in the top half of this ranking, despite the high debut positioning of new and redesigned courses during the past decade. Designed by Graham Marsh, Eynesbury is a long excursion but, ironically, some of its best holes are its short par-4s and the all the par-3s. www.eynesburygolf.com.au

The Graham Marsh and Ross Watson design of the Lakes layout remains one of the most interesting to play in WA, with a good variety of holes and interesting greenscapes. But most judges felt the overall presentation had declined from the high standards set during its tournament hosting years. www.thevines.com.au

Here is one course that seems to polarise the golfing community. Our judges loved the simplicity and strategy of the design, and singled out the green/bunker complexes as very good. They were also full of praise for the improved presentation and changes to the layout, including the new par-3 9th hole. www.ranfurlie.com.au

The shuffling of dozens of courses within the top-half of this ranking has seen this Bob Harrison-designed layout drop four places in the list, but it actually received more votes from our judges than it did in 2017. The judges loved the strategic nature of the design and the quality of the playing surfaces. www.riversideoaks.com.au

The overall presentation of the Greg Norman and Harley Kruse-designed Settlers Run continues to impress our judges. Four years after debuting in this list it has achieved its highest-ever ranking. www.settlersrungcc.com.au

When Curlewis debuted in this ranking at No.57 in 2013, we received a handful of emails criticising us (tongue firmly in cheek) for letting the secret out about this wonderful Sandbelt-style course. The layout continues to evolve with minor tweaks to the design and playing surfaces that should be the envy of most city clubs. www.curlewisgolf.com.au

From the back markers, Kalgoorlie is the longest golf course in Australia. But there is far more substance to this Graham Marsh-designed outback gem than its length. The green complexes require plenty of thought – not just when putting either – and good ball-striking into the preferred half of fairways will be rewarded with easier approach shots. www.kalgoorliegolfcourse.com.au 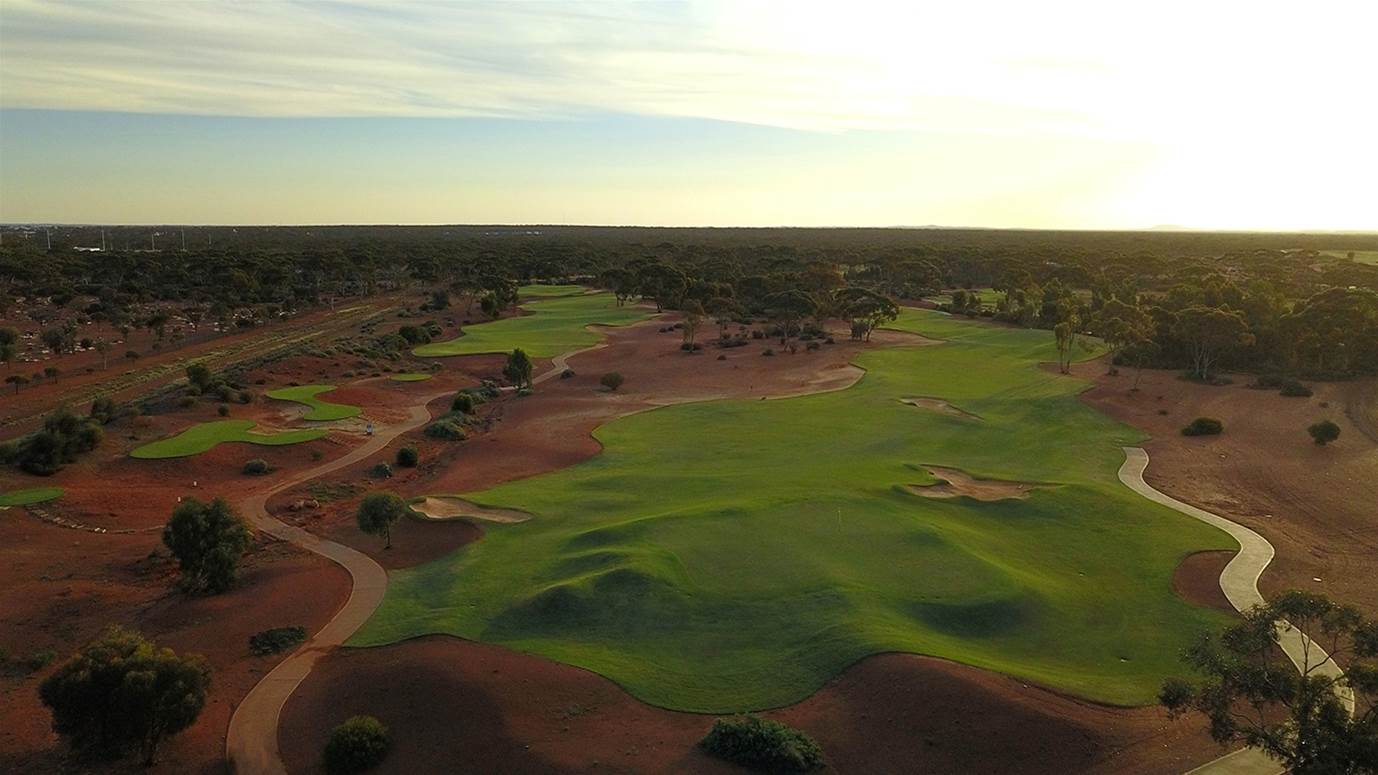 The Quarry/Lake layout is the second best of the Joondalup combinations with the Lake nine offering a slightly less dramatic, but no less enjoyable, complement to the Quarry nine.

The bunkering, including several moon crater-style offerings, on the Lake course, coupled with the dramatic terrain of the Quarry course make for a memorable round every time you tee it up here. www.joondalupresort.com.au