Ranking golf courses is a not a modern phenomenon.

Back in 1926, during the Golden Era of course design, a rating of Britain’s 14 most famous courses was published. Muirfield topped the list, while the Old Course at St Andrews finished dead last. The list’s author, Joshua Crane, admitted he favoured difficult courses ahead of those requiring strategic thought or those that were charming or pleasurable. It was a controversial list and legendary golf course architect Dr Alistair MacKenzie was pointed in his criticism, who stated only a course that was a good test of golf could give lasting pleasure.

What follows is a list of 100 courses that can certainly be considered “pleasurable”. They can also be played by all golfers of every standard. If the course is on this list of century makers, you can be assured visitors willing to pay a green fee are welcome to play.

This ranking was compiled during the past two years by Golf Australia Editor Brendan James and a team of 32 committed Golf Australia readers, who volunteered to present their opinions and insights. Some 173 courses received votes from our judges. They played courses, often covertly, paying green fees and then noting any changes to the design as well as the conditioning of each course they saw.

Like Crane’s list, we’re sure there will be controversy and discussions about the list and the positioning of some courses within it. We’re also sure, each of the layouts ranked here offers a good test of golf and “lasting pleasure” for all golfers.

The Ellenbrook course continues to drop in this ranking with most of our judges feeling the conditioning could be better. Some questioned why the adjoining Lakes course was “streaks ahead” in terms of presentation. www.vines.com.au

This Peter Thomson and Ross Perrett-designed layout has slipped slightly in this rank since making its debut appearance two years ago. This is probably a better reflection of other courses jumping in front of it rather than any decline at Club Mandalay. www.clubmandalay.com.au

The renovations carried out on the Lakes course in recent years were winning applause long before the club hosted the Women’s NSW Open in 2018 and won the hearts of the players. Our judges were also glowing in their praise for the course, hence its rise into the Top-100 for the first time. www.coffsharbourgolfclub.com.au 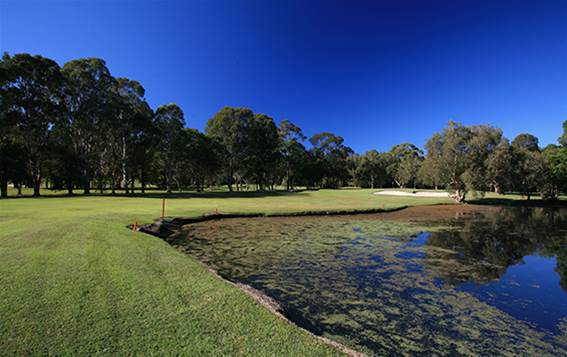 The new owners, who took over in 2016, have invested well in raising the standard of presentation. While some areas have been cleared of scrub and wild grasses to help playability, most of our new judges to the panel felt the design would be more fun by eliminating “small, thickly grassed mounds from playing lines” and replacing bunkers that forced lay-ups or narrowed fairways too much. www.eagleridge.com.au

Having re-entered our ranking at No.89 two years ago, Duntryleague has dropped seven places in this list, which can be attributed to gains made by other courses. Duntryleague remains one of the best courses to be found in regional NSW. www.duntryleague.com.au

Wide fairways, multiple tees and large undulating greens set across former grazing land dotted with river gums. It is a terrific setting for the Graham Marsh design and has proven a popular choice for golfers in Melbourne’s north east. www.growlingfroggolfcourse.com.au

It has been ten years since Horsham was wiped out by the Black Saturday bushfires. The club has bounced back by building a modern, expansive clubhouse and while the course has enormous potential, its conditioning remains a concern. www.horshamgolfclub.com.au 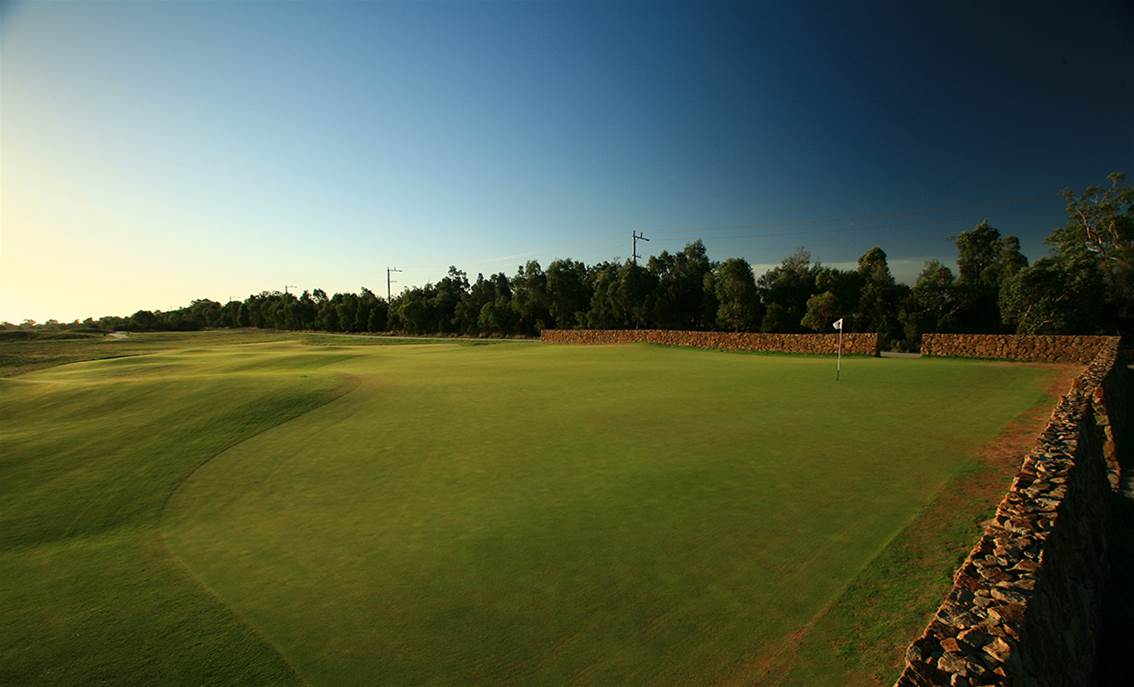 The Peter Thomson and Ross Perrett-designed layout underwent an extensive renovation a few years back and the presentation has continued to improve since the last ranking in 2017. The ongoing conversion of the fairways from Legends couch to Santa Ana couch will dramatically improve the presentation and playing attributes of the links-style layout. www.sandhurst.com

Riverside Oaks’ original course has moved up four spots in this rank on the back of better conditioning. Many judges remain critical of the cart paths that are wedged between greens, fairways and hazards. www.riversideoaks.com.au

Graham Marsh’s trademark wide fairways and large greens can be found here. Course is home to some of the best Tifeagle putting surfaces in the country. Some trimming of trees is required to open up playing lines, especially from the tee. www.northlakesgolfclub.com.au 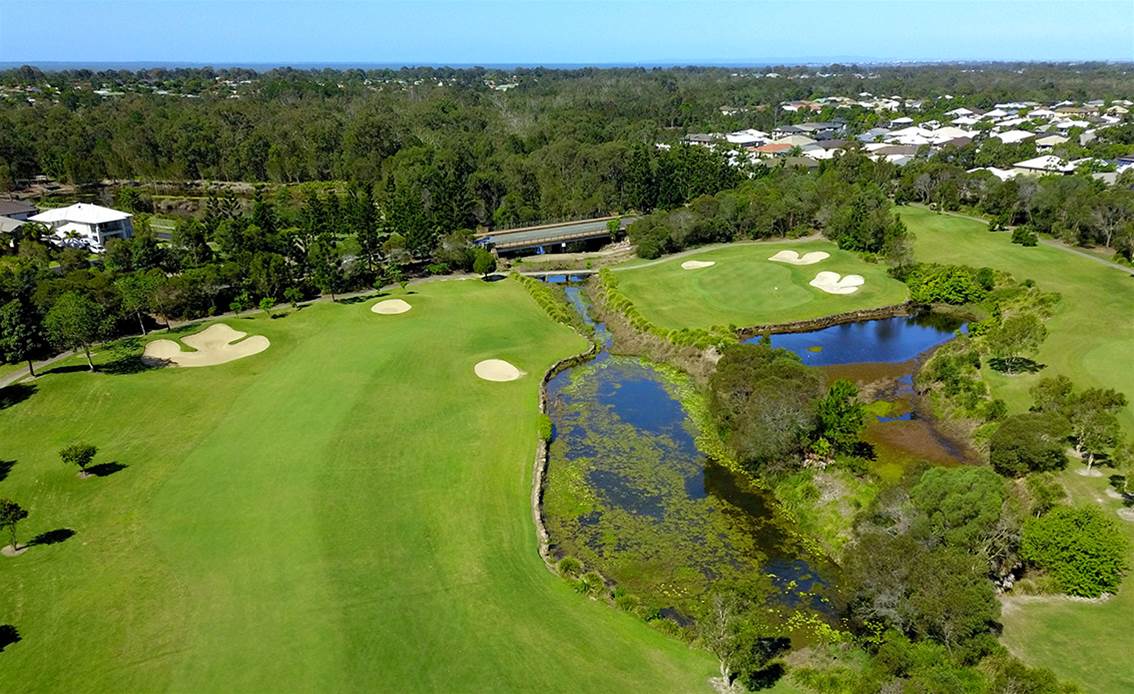 Albany is an underrated links layout with a fine selection of natural holes. It’s slight dip in the ranking here is more reflective of the number of debutantes and redesigned courses that have grabbed higher spots in the list. www.albanygolfclub.com.au

Originally designed by Peter Thomson, Mike Wolveridge and Ross Perrett, Lakeside re-enters our Public Access ranking after an eight-year absence. Extensive changes including new greens (designed by James Wilcher) and four recently finished holes, created by Greg Norman Golf Design, have changed the face of this links-style layout. There are expectations it will climb higher in future rankings once the playing surfaces mature. www.camdenlakeside.com.au

The northern NSW course is a fun and challenging layout, boasting six par-5s, par-4s and par-3s. But it is the size and rolling quality of the putting surfaces that impresses every time. www.oceanshorescc.com.au

Renovation work and a high standard of presentation over the past few years have not gone unnoticed, keeping the charming Old course cemented in the Top-100 despite the volatile movements at this end of the ranking. www.cbgc.com.au 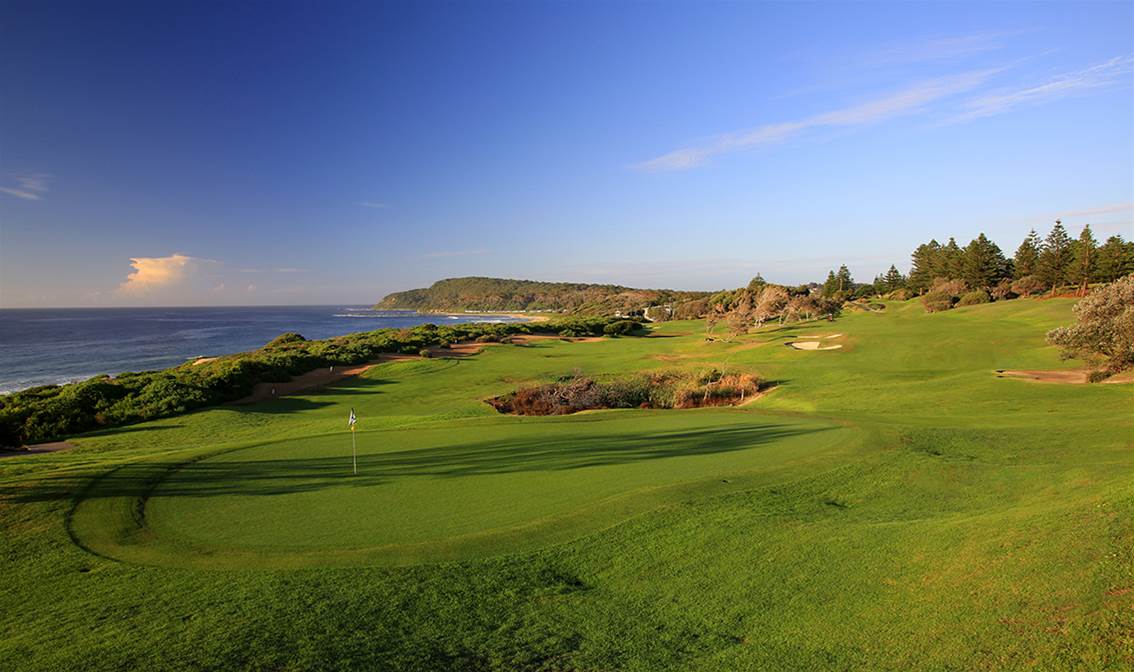 Shelly Beach finished just outside the Top-100 in each of the past two biennial rankings but it cracks a spot this year on the back of improvements made across the course. The picturesque layout not only offers great views during the round, it is a fun course to play … especially when the wind is blowing. www.shellybeachgolfclub.com.au