Has moved up another two spots in the ranking as course improvements continue. The greens have been the focus for some time and they continue to get better, as will the tees and fairways in time. www.alicespringsgolfclub.com.au

One of the oldest clubs in this ranking having been established in 1904, Mornington cruises into the Top-100 Public Access ranking as a result of improved presentation and upgrades including a new par-3 19th hole that will eventually be absorbed into the 18-hole routing under a redesign masterplan by Contour Golf Design Group. Our judges predict Mornington will be one of the big movers in the 2021 ranking. www.morningtongolf.com.au

One of the prettiest courses on the NSW North Coast has bounced back after a dip in this ranking two years ago. Our judges really liked the variety of holes and the high quality “strip-cut carpet-like” Queensland blue couch fairways. www.byronbaygolfclub.com.au

The Sands Torquay makes its first appearance in this ranking after a change, under new ownership, to offer more tee times for public access. The Stuart Appleby and International Management Group designed course is renowned for its extensive bunkering, which Appleby says were modelled on the Melbourne Sandbelt style. www.thesandstorquay.com

Nudging a little higher in the ranking this year, Flinders is one of the Mornington Peninsula’s most enjoyable courses. The ‘Coffin’ 4th hole is an obvious highlight on a course where no two rounds are ever the same. www.flindersgolfclub.com.au 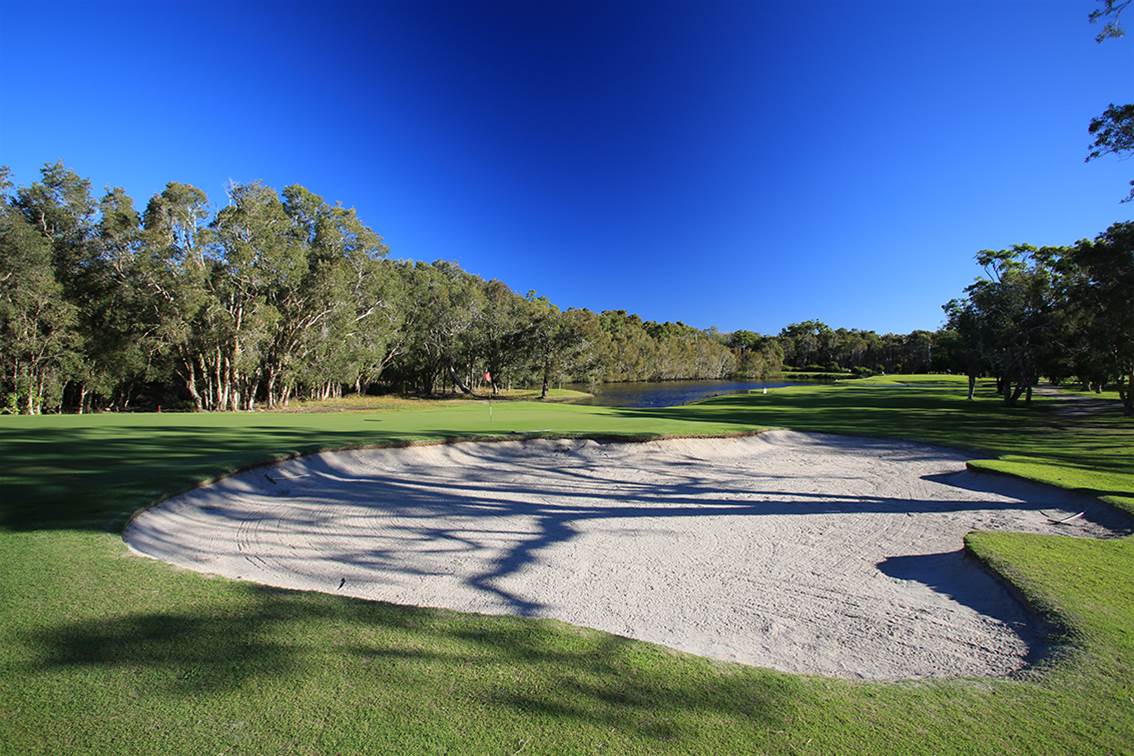 Having dropped out of this biennial list in 2015, Bribie Island surged back in 2017 and has consolidated that position two years on. There is plenty to like about the layout, from the Melbourne Sandbelt-style bunkering to the quality of the playing surfaces. It is an easy-walking course despite the design being dictated by the contours of sand dunes. www.bribiegolf.com.au

This Karl Litten-designed layout continues to drop in this ranking, having once been listed in the top-25 public access courses in the country. While the design remains one of Queensland’s most challenging, several judges reported the standard of course presentation was not what it was in its heyday. www.capricornresortgolf.com.au

Macquarie Links International opened for play in 2001 and was originally part of the Club Corp group of managed and owned courses worldwide. With that, the club was private to members, their guests and some corporate events.

Ownership has changed hands a few times during the past 18 years and the course is currently open to visiting golfers with enough tee times to satisfy our criteria as a public access course. The layout ­– the design in Australia by American Robin Nelson – is laid across a gently rolling terrain in the middle of a gated residential community. Nelson’s creation has obviously drawn some inspiration from courses far closer to the sea, with a mix of sprawling and pot bunkers, scattered throughout. www.macquarielinksgolfclub.com.au 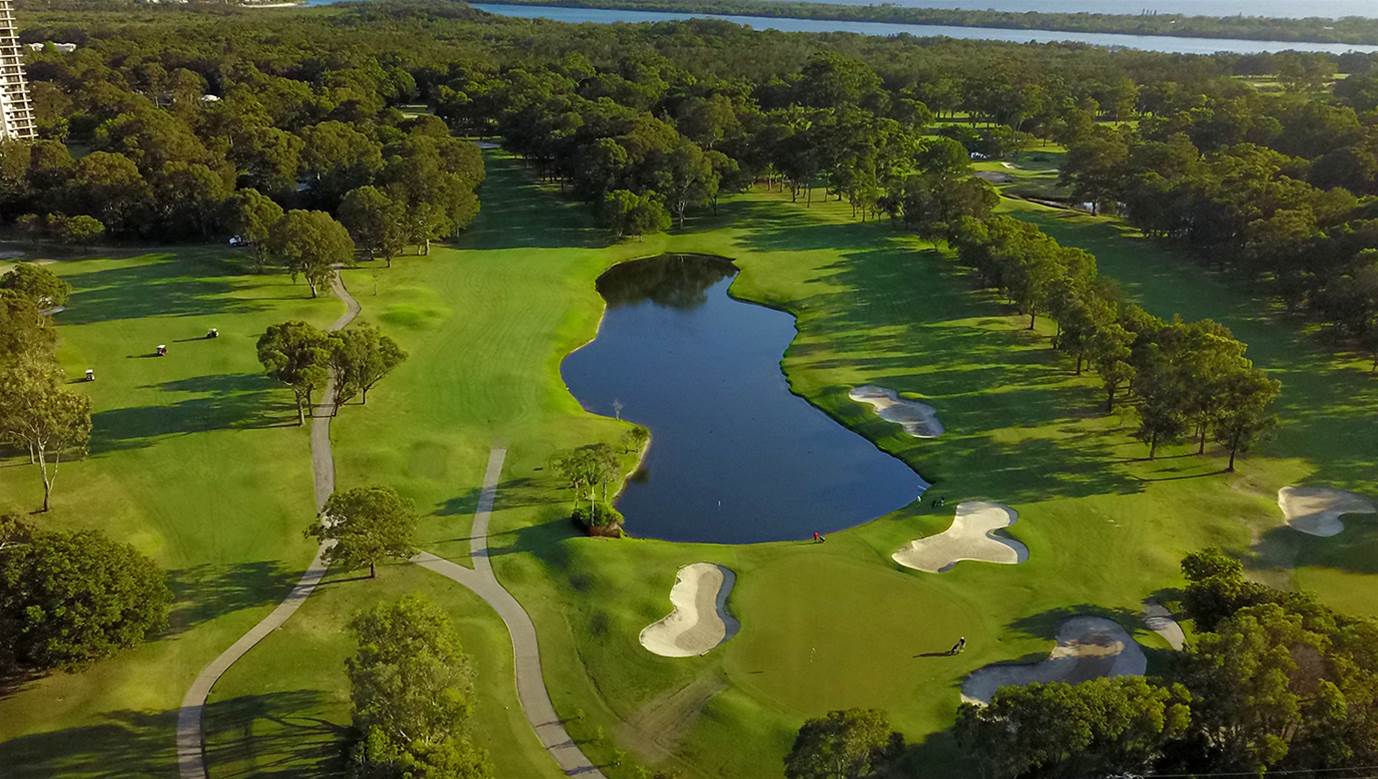 There has been a raft of improvements made to the West Course since the last ranking was published in 2017. The greens have been a focus for course superintendent Peter Lonergan and his team, with the putting surfaces enlarged and reshaped during a conversion from bentgrass to the smooth-rolling Bermuda TifEagle. There have been some bunker renovations carried out also, and there are more tweaks to the already challenging design expected as part of the improvement process. www.cooltweedgolf.com.au

It has been ten years since the Champions Course opened for play and after a significant drop in this ranking in 2017, it has consolidated its position and moved up two places in 2019. Much of this can be attributed to extensive renovations carried out on the bunkering, while the overall presentation continues to improve back to the standard offered in the first few years after the course opened. www.sandhurst.com

There is plenty to like about the variety and quality of the East Course holes, which comprises the Blue and Green nines of the 36-hole facility and is popular with visiting golfers. The East features much less bunkering and water hazards than the West Course, but the interesting golf here comes in the form elevation change and natural twists in the terrain. www.indooroopillygolf.com.au 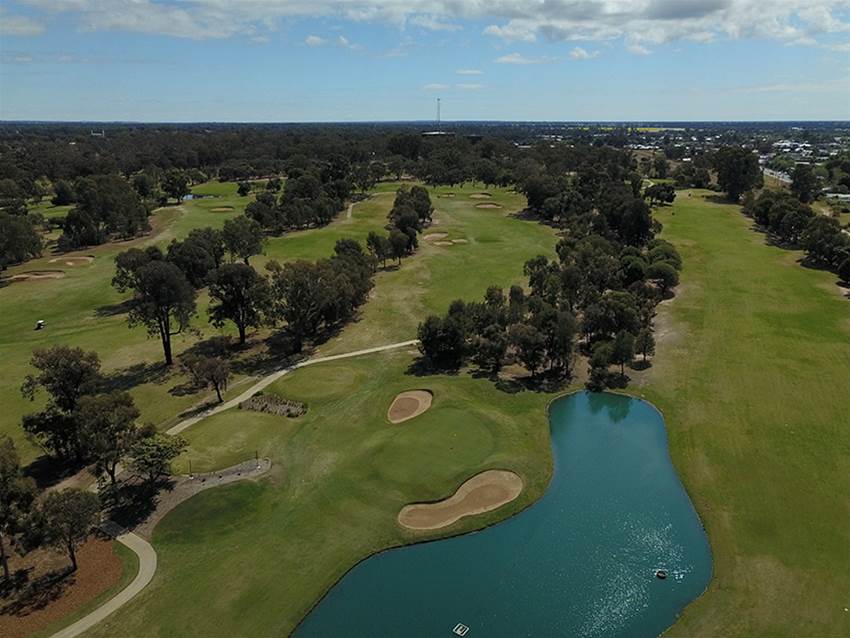 After surging 18 spots up the ranking in 2017, the Lake Course at Yarrawonga Mulwala has confirmed its position from two years ago, despite several new entries and a host of redesigned courses jumping in this list. The par-72 is well-presented year around and a beautification and tree removal program is adding to the quality of a round here. www.yarragolf.com.au

The rise and rise again of Cypress Lakes continues having reached its highest position in this ranking in more than a decade. The Hunter Valley course fell well out of the Top-100 in 2015, but new owners have invested heavily in the layout in recent years with extensive renovations to greens, fairways and, in particular, the bunkers to reach a standard of presentation not seen there since its early days. www.cypresslakes.com.au 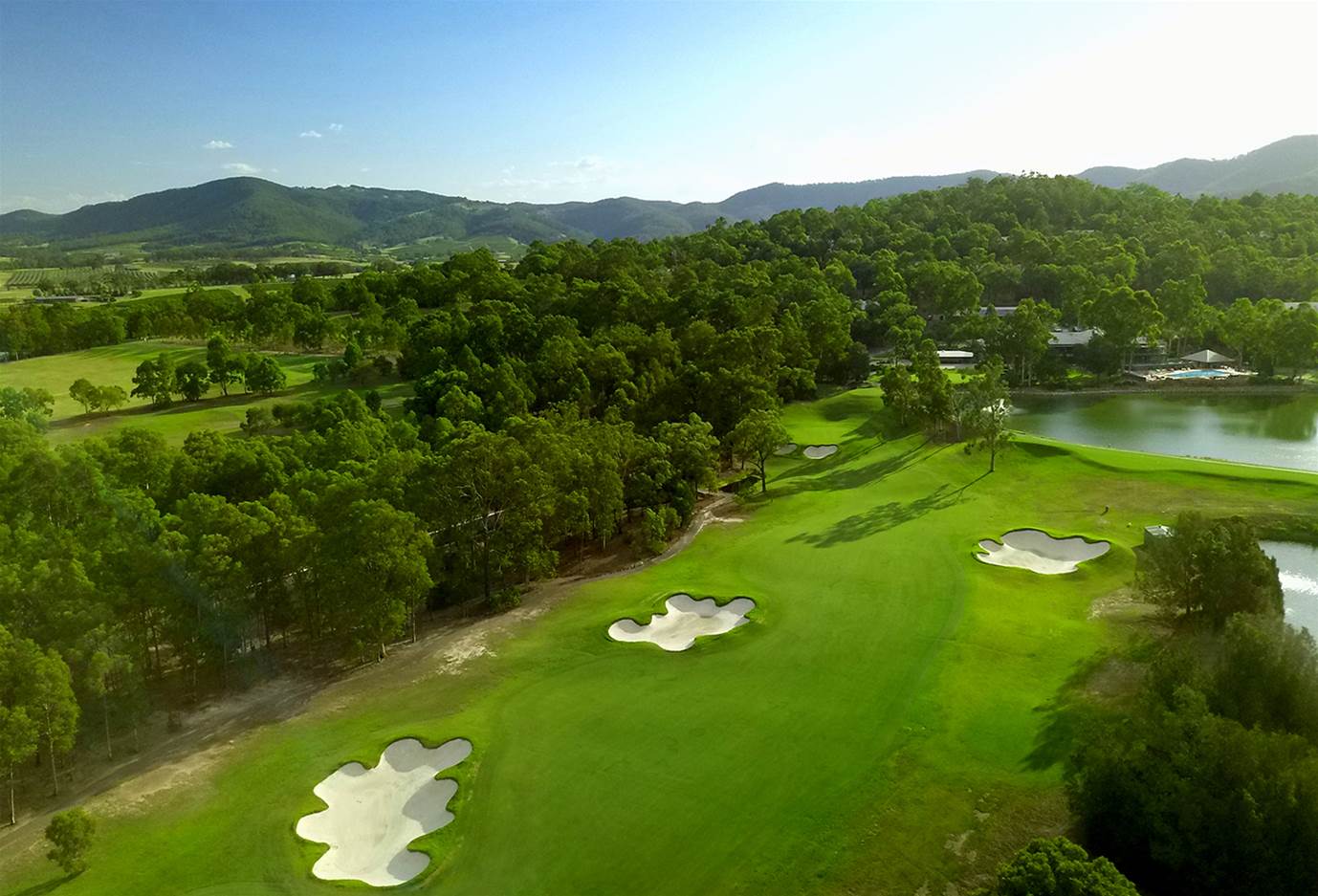 Mollymook continues its rise in this ranking, moving up another eight places after a big jump from 2015 to 2017. The NSW South Coast is looking superb with a program of selective bunker renovations and tree removal, combined with better playing surfaces being the cornerstone of its improvement in the list. www.mollymookgolf.com.au

Murwillumbah is another regional NSW course on the ascendency. The par-71 offers impressive views to the hinterland and Mt Warning, while the layout is not only a good test it is very enjoyable to play. The trio of holes closing out the front nine are a particular highlight. www.murwillumbahgolfclub.com.au

A decade on from the reopening of the ‘new’ course designed by Peter Thomson and Ross Perrett, and Ballarat has established a reputation for high quality conditioning and some of he best greens in regional Victoria. Several judges commented they really enjoyed the strategy and fun aspects of the layout’s short par-4s. www.ballaratgolfclub.com.au