Again, one of the big improvers in this ranking in the wake of the OCCM (Ogilvy, Clayton, Cocking & Mead) redesign that has transformed the course during the past four years. There are still some holes left to be changed but at this point in time, Sun City has never been better. www.suncitycountryclub.com.au 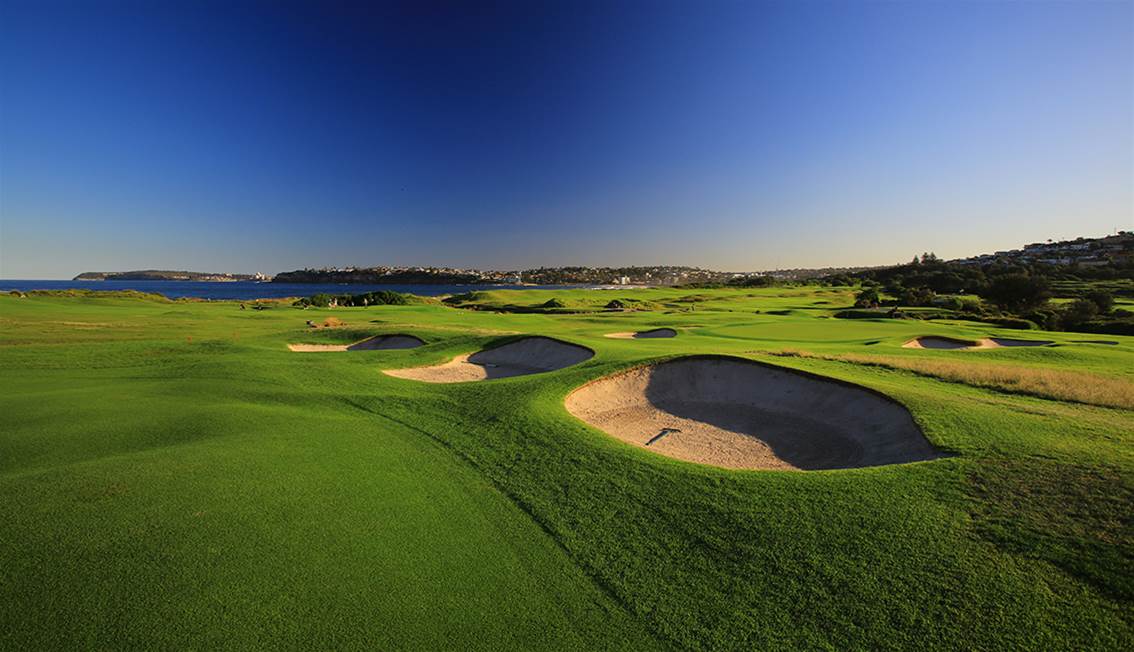 Located on a spectacular, sloping headland with water views on three sides, the course sweeps up and down the hill with wind dictating what you will shoot on the day. Plenty of room to drive the ball but precision required at the business end to score even moderately well … Long Reef is a solid test in a great location. www.longreefgolfclub.com.au

Catering to the holidaying golfer as well as their members, Pacific Dunes provides an ideal level of challenge for golfers of all standards in a beautiful setting. The James Wilcher-designed layout has taken a slight dip in this ranking but the congestion between No.20 and No. 35, could easily have seen Pacific Dunes rank as high as No.23. Perhaps that will be the case in 2021. www.pacificdunes.com.au

This Jack Nicklaus-designed course (his first signature creation in Australia) has gained a reputation over many years for being meticulously maintained. In fact, the greens might be some of the best couch putting surfaces you will find in Queensland. www.lakelandsgolfclub.com.au

As predicted after its slip to No.36 in 2017, St Michaels has bounced back and is heading in the right direction in this ranking. The course maintenance team has worked hard on improving the design’s playability and visual appeal during the past few years and St Micks is blossoming as a result. www.stmichaelsgolf.com.au

The Greg Norman and Bob Harrison-designed course joined the public access ranks back in 2015 and its gradual climb in this list continues. It is a fabulous design on what was very ordinary land for golf and the presentation of the layout keeps getting better with age. www.sanctuarylakesclub.com.au

Nothing but positive reports from our judges, who report that The Glades is in the best shape they have seen it for many years, with several singling out the fairways as arguably the best on the Gold Coast. www.glades.com.au

Laid across less dramatic topography than its Beach course neighbour, the Creek course features wider fairways with vast sloping greens (much like you will find in the Melbourne Sandbelt) and expansive bunkering. There is a great deal of strategy involved in scoring well on this course, which our judges really enjoyed. www.13thbeachgolf.com

There is no mistaking Stonecutters Ridge for anything other than a Greg Norman and Bob Harrison design. In fact it was their last collaboration together and it combines everything their courses are famous for – wide fairways, interesting green complexes and big bunkering – across varying terrain. The low-lying holes from the 1st to the 7th are very good, while the stretch from 10 through to 14 on rolling terrain are even better. www.stonecuttersgc.com.au

Pelican Waters is another course from the design team of Greg Norman and Bob Harrison that is perennially ranked in the top-half of this ranking. Our judges really enjoyed the course, with several reporting that “even the holes with residential backdrops were visually stunning.” It will be interesting to see where Pelican Waters ranks once a redesign of the course, to allow for more residential development, is completed. www.pelicangolf.com.au 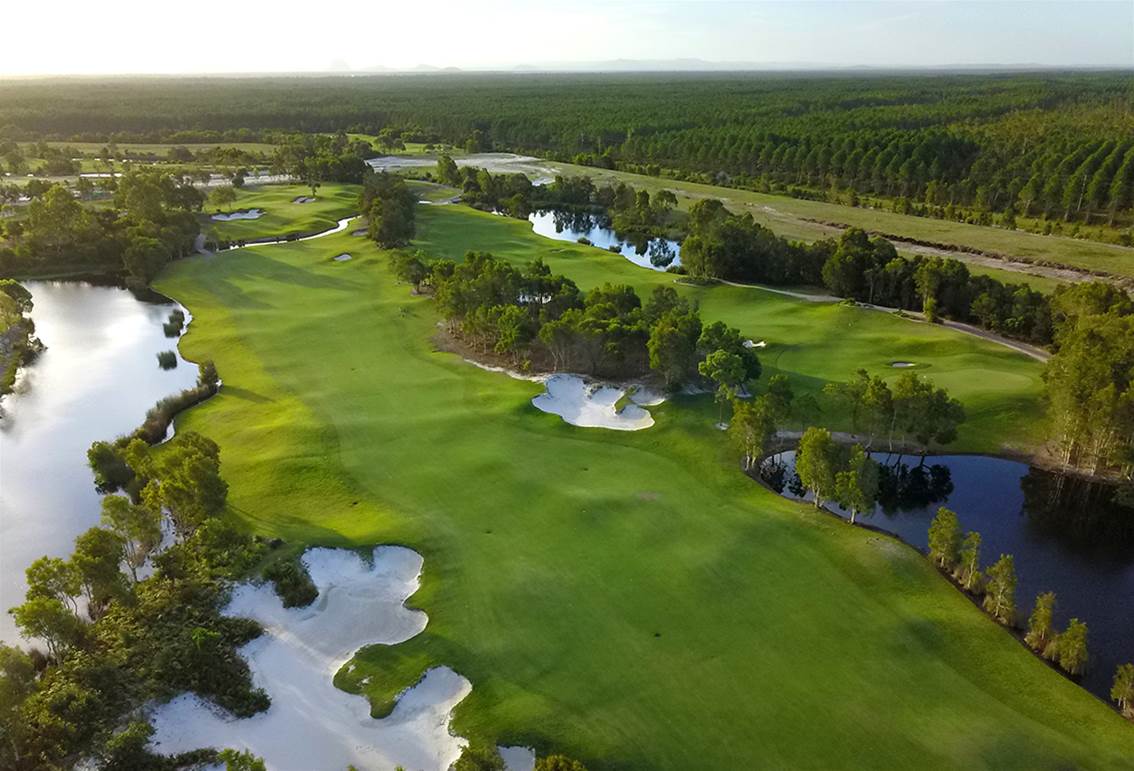 The clearing of thick scrub in key areas of the course has made Pacific Harbour a more playable proposition than it was when this ranking was last published in 2017. The Ross Watson-designed layout is a challenging one, especially when the wind is up. Avoiding the plethora of bunkers scattered across the course is one of the keys to scoring well here. www.pacificharbourgolf.com.au

On a typical Mornington Peninsula day the Open course at Moonah Links could be the hardest 18 holes in Australia. Designed by Peter Thomson and Ross Perrett and opened for play nearly 18 years ago, the Open layout challenges every facet of your game across a lengthy excursion. The presentation of the course has been superb in recent times. www.moonahlinks.com.au 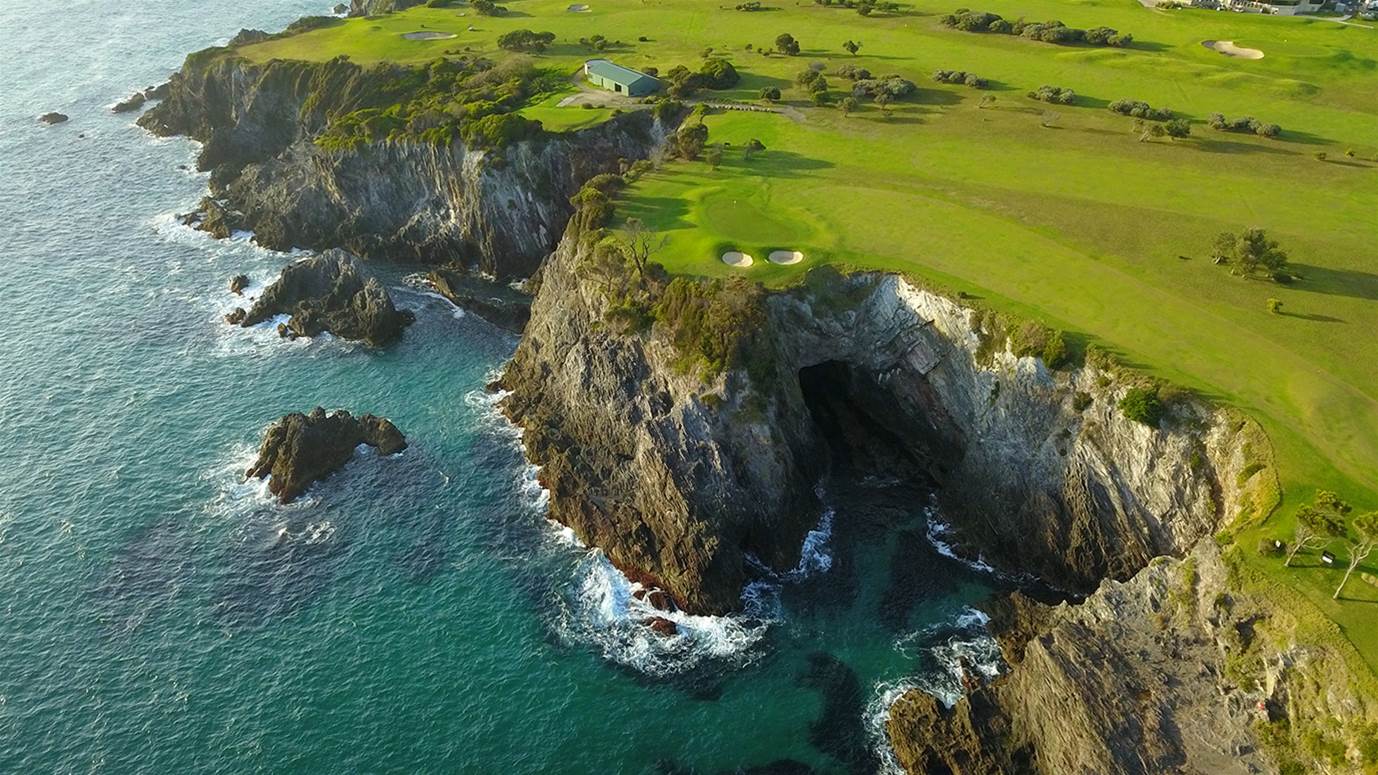 Narooma climbs seven places to claim its highest ever ranking position in this ranking. Its reputation as a ‘must play’ course has been enhanced in recent times with some minor tweaks to the design (the greenside bunkering on the cliff-top 3rd hole is a fine example) and a higher standard of conditioning. The spectacular opening six holes laid out across cliff tops above the Pacific Ocean are unforgettable, while the dramatic terrain of the inland holes not only add variety but demand a whole range of different shots than you will need by the sea. www.naroomagolf.com.au 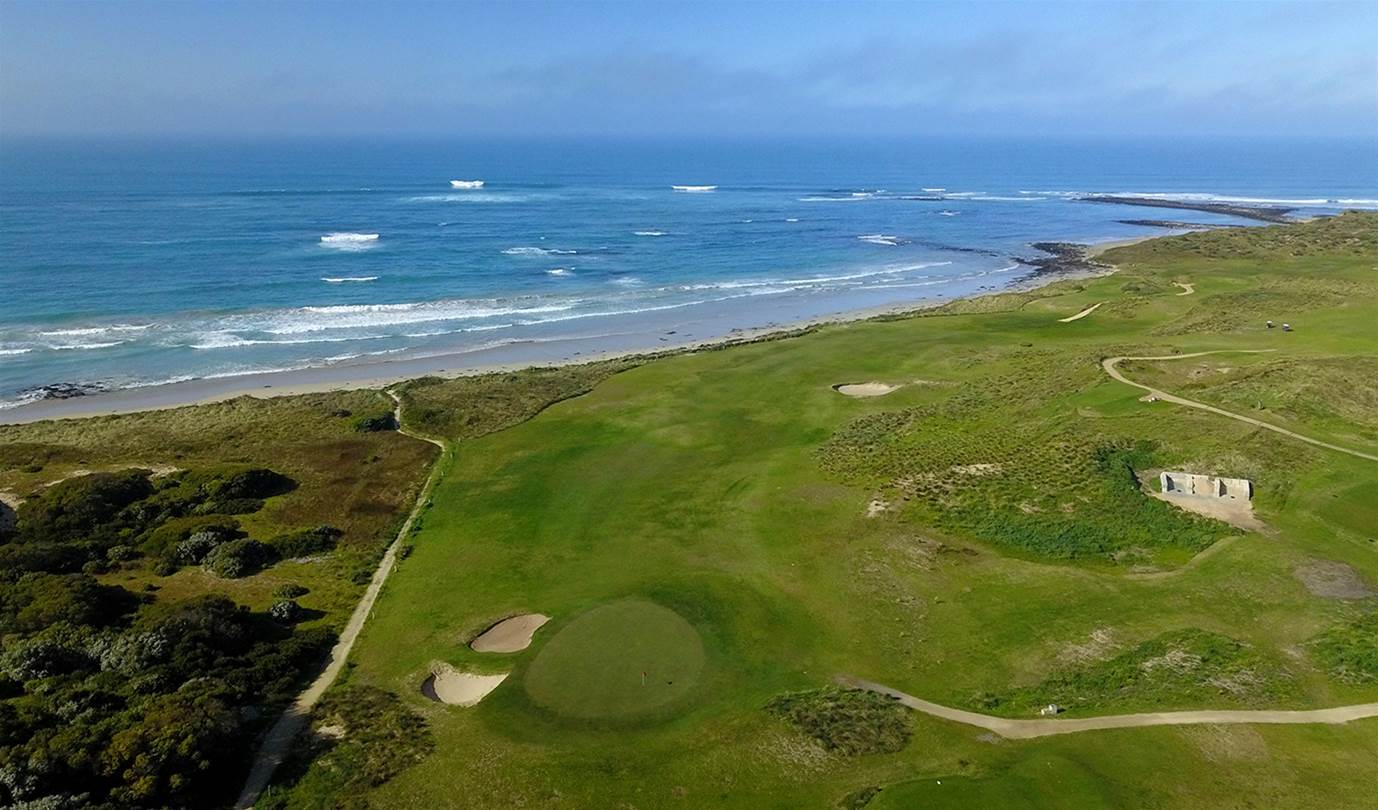 Port Fairy is another course of those showcased here that has reason to celebrate, having reached its best-ever public access ranking position. A vegetation management program and some adjustments to the design has elevated some of Port Fairy’s holes to stand alongside its best. The stretch along the beach, holes 12 to 16 inclusive, remain the highlight but the eradication of scrub left of the 16th make it a much better hole. www.portfairygolf.com.au