Judge's comments: “What was intended to be the secondary course has, in my opinion, ended up being the better of the two courses at Moonah Links. A course you will never tire of playing because it is simply just a fun course, that doesn’t beat you up, but remains interesting and tactical.” – DJ Loypur.

“In my opinion, the Legends Course covers the best ground at Moonah Links and Perrett took full advantage with his design. The changing elevation throughout the round is not punishing on the legs but it ensures every shot is different to the next.” – Brendan James. Judge's comments: “For the fourth consecutive ranking, Hamilton Island occupies the No.44 spot in the list. Easily occupying one of the toughest tracts of land on which to build a golf course, Hamilton Island offers interesting holes and million-dollar views rolled into one.” – Joe Thomas.

“Hamilton Island is a beautiful place to play but the course plays more like a collection of holes due to the distances you have to drive your cart between holes, like the one kilometre drive from the 17th green to the 18th tee, which was obviously influenced by the topography. That said, if you can’t enjoy your time playing this course, you’re hard to please.” – Lucas Andrews.

Judge's comments: “The Greg Norman-designed East Course sets up wide, but strategic placement of hazards narrows the shot points for the player trying to score. The course has great flexibility in length with member, medal and black tees available.” – James Bennett.

Judge's comments: “Bonville employs four full-time gardeners ancillary to their green staff and it is reflected in the stunning array of flora that is on show here. Right up there with the most aesthetically pleasing courses in the country.” – Craig Read.

“When you get into the heart of the golf course it is easy to feel you are playing through the middle of a national park. A beautiful place to play.” – Sue Johnson.

“For women, it is quite a difficult course because you are forced to play longer clubs off the sloping fairways and the rough near the greens can make chipping tough. That said, what a beautiful course.” – Jacqui Lee.

Judge's comments: “One of the unsung heroes of the Melbourne Sandbelt.” – Brendan James.

“Spring Valley emulates most of its famous neighbours with a wonderful collection of par-3s with the little, downhill 10th being the pick of the lot.” – Joe Thomas.

“There’s never a dull moment during a round at Spring Valley. You can start making a good score and feel on top of the world but the moment you try and attack the course and disrespect it, it will bite back.” – Lucas Andrews. 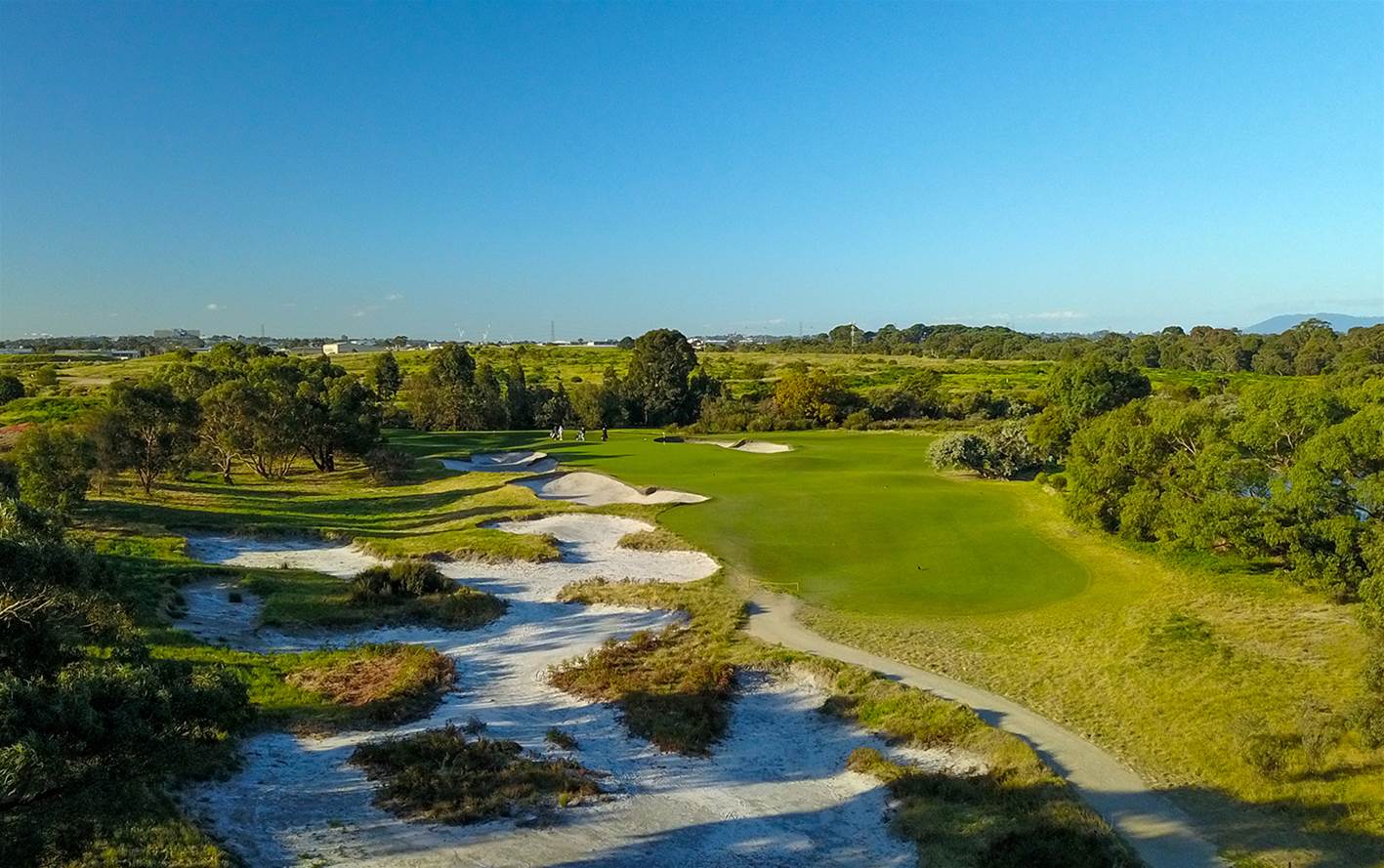 Judge's comments: “A good take on American-style golf that we don’t get to see much of, so it is unique for Australia. A place that was made to host big events.” – DJ Loypur.

“There’s no question the recent renovation made it a better version of what it was before, but that just means it’s a nicer forgettable resort-style golf course than it was before.”– Scott Warren.

“Has rarely been in better condition than it is now. But please, get rid of the bark chip beds beneath the trees. .” – Joe Thomas.

“Wonderful Adelaide Sandbelt course that is consistently well-presented. Its slight dip in this ranking can perhaps be attributed to other courses forcing their way forward and as well as the small margins of points separating those courses ranked between 30 and 45.” – Brendan James.

Judge's comments: “Mike Clayton’s work on the West more than a decade ago enhanced a classic, strategic course, with width available off the tee, asking questions of the golfer every step of the way.” – Matt Mollica.

“The West Course doesn’t possess any great elevation change but it asks question of your game from the 1st tee to the approach into the 18th green. You can actually score well here without pure ball-striking if you miss into the right spots.” – Brendan James.

Judge's comments: “Not the typical land you would think suitable for a golf course, but the layout of holes throughout a disused quarry are quite unique, both visually and for play.” – Carl Murphy.

“This layout is always fun and challenging. The 2nd, 3rd, 4th, 5th and 6th holes on the Quarry nine are visually breathtaking and simply great fun to play. Moving to the Dune nine, the stretch from the 3rd to the 7th holes are a real highlight.” – Lucas Andrews.

Judge's comments: “Improvements to make the course more playable during the past decade means a day out at Magenta Shores is a far more enjoyable experience these days, despite patches of difficult rough and undulating greens.” – Michael Green.

“Ross Watson’s magnum opus and perhaps an indication of the sort of fun and visually interesting golf he can do given good land. Recent re-grassing has retained its great playing surfaces but with more economical maintenance. A challenging test.” – Adrian Logue. 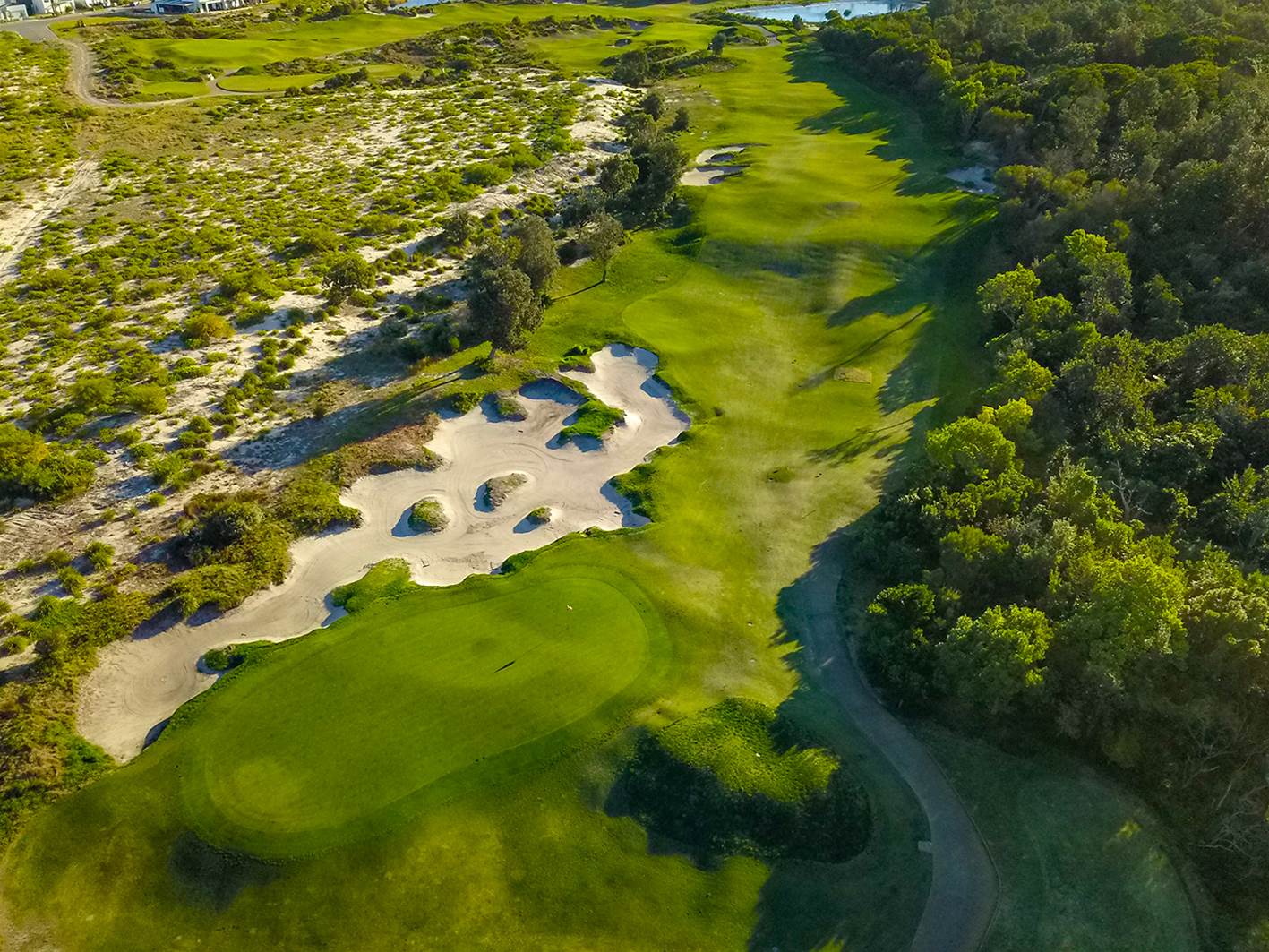 Judge's comments: “Recent work has seen a reduction and softening of bunkers, greens resurfaced and trees cleared. It can feel quite claustrophobic at times, but there is more room than first appears.” – Carl Murphy.

“The dramatic elevation changes from tee to green on many holes, tall stands of gum trees,
bold bunkering and dynamic greenscapes make Brookwater a ‘must play’ course when in the Sunshine State.” – Brendan James. 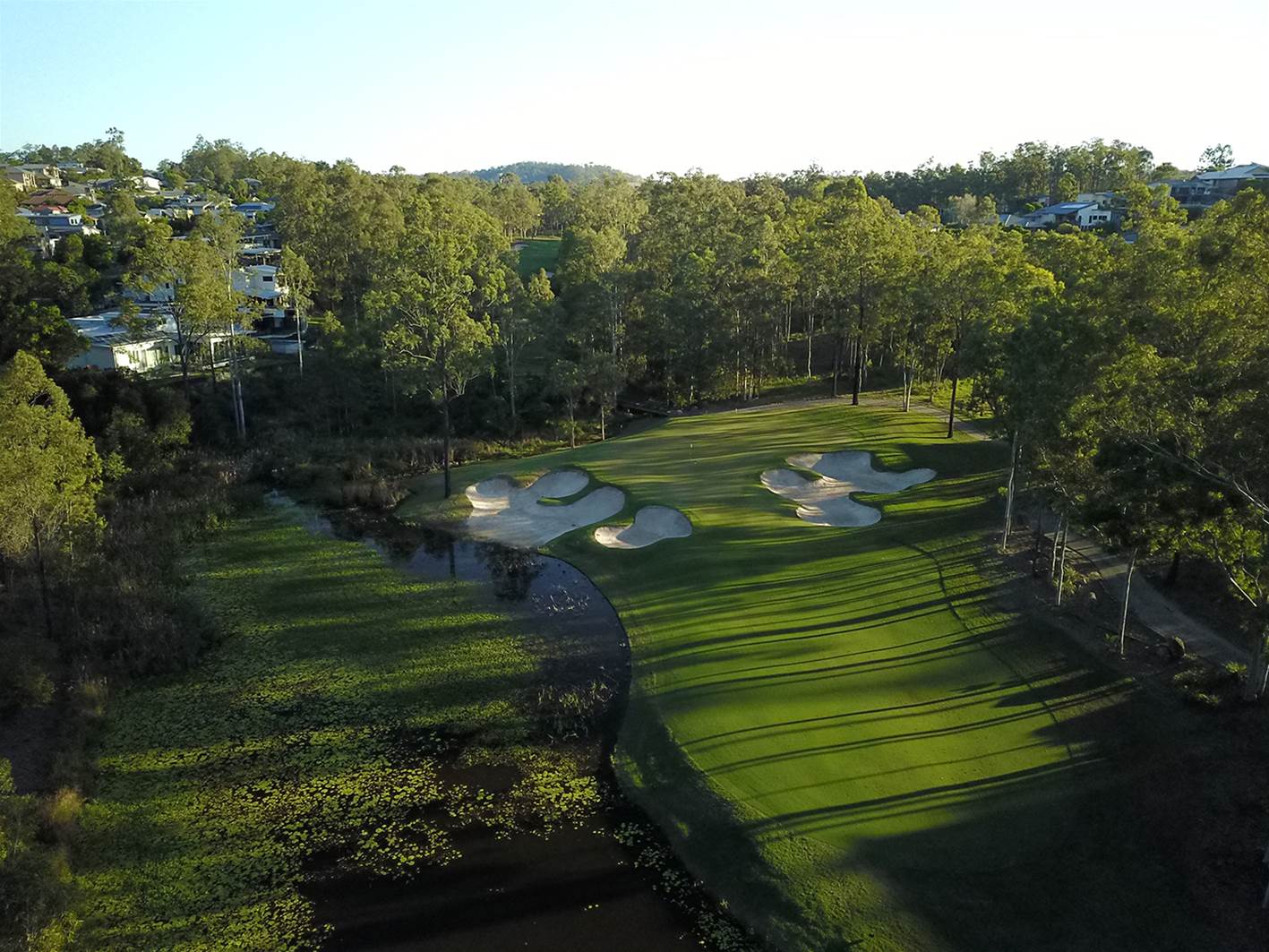 Judge's comments: “Portsea has been an integral part of any visiting golfer’s itinerary for decades. It’s fun, challenging and beautifully presented. Its rise in the ranking this year is well-deserved.” – Brendan James.

“The wide fairways offer some forgiveness, especially when conditions turn windy, but playing into the greens from the wrong side of the fairway can be tough. The greens are surrounded by an abundance of short grass, which gives scope for a variety of chip shots.” – Carl Murphy.

“Kennedy Bay offers a great variety of holes demanding a wide range of shots, which makes any round here a lot of fun. The constants are the bunkering and the wind, while the beautifully manicured greens’ surrounds allow you to play a variety of short game shots from a low chip-and-run with a 4-iron to a high, spinning lob wedge.” – Brendan James.

Judge's comments: “Tom Doak and Brian Slawnik’s redesign has elevated Concord back into Sydney’s top tier. Bigger, more interesting greens with less sand and more short grass around them is a recipe for a lot more fun. Opening up some long views across the course has made a tight parcel of land feel a lot more spacious.” – Scott Warren.

“The Tom Doak-led renovation of Concord is an interesting experiment in bringing the ground game to a quintessential parkland course. The new greens and bunkers are expertly tied into the land, while the tree removal has improved the golf, and the views, and also showcases some of the best specimens that remain.”– Adrian Logue. Judge's comments: “In a world where, sadly, golf is increasingly seen as a business rather than a sport, Port Fairy is a shining light of what it should be for most of us. Fun, raw and simple with no pretensions, it is the essence of what drew most of us to the game. The course itself is stupidly good for a small town on the coast, while the run of holes from 12 to 16 would put to shame most of the courses above it. A must play.” – Brian Walshe.

“Port Fairy has all the core elements that make golf great: firm turf, wide corridors, greens with some tilt and a reliable wind. The simple 278-metre par-4 13th hole is the perfect example of a course that doesn’t try to do too much, and is all the better for it. The million-dollar views on the back nine don’t hurt, either.” – Scott Warren.

“This course reminds me of an Irish links. One of the handful of proper links courses on mainland Australia. The stretch of holes along the coast are sensational.” – Ross Flannigan. 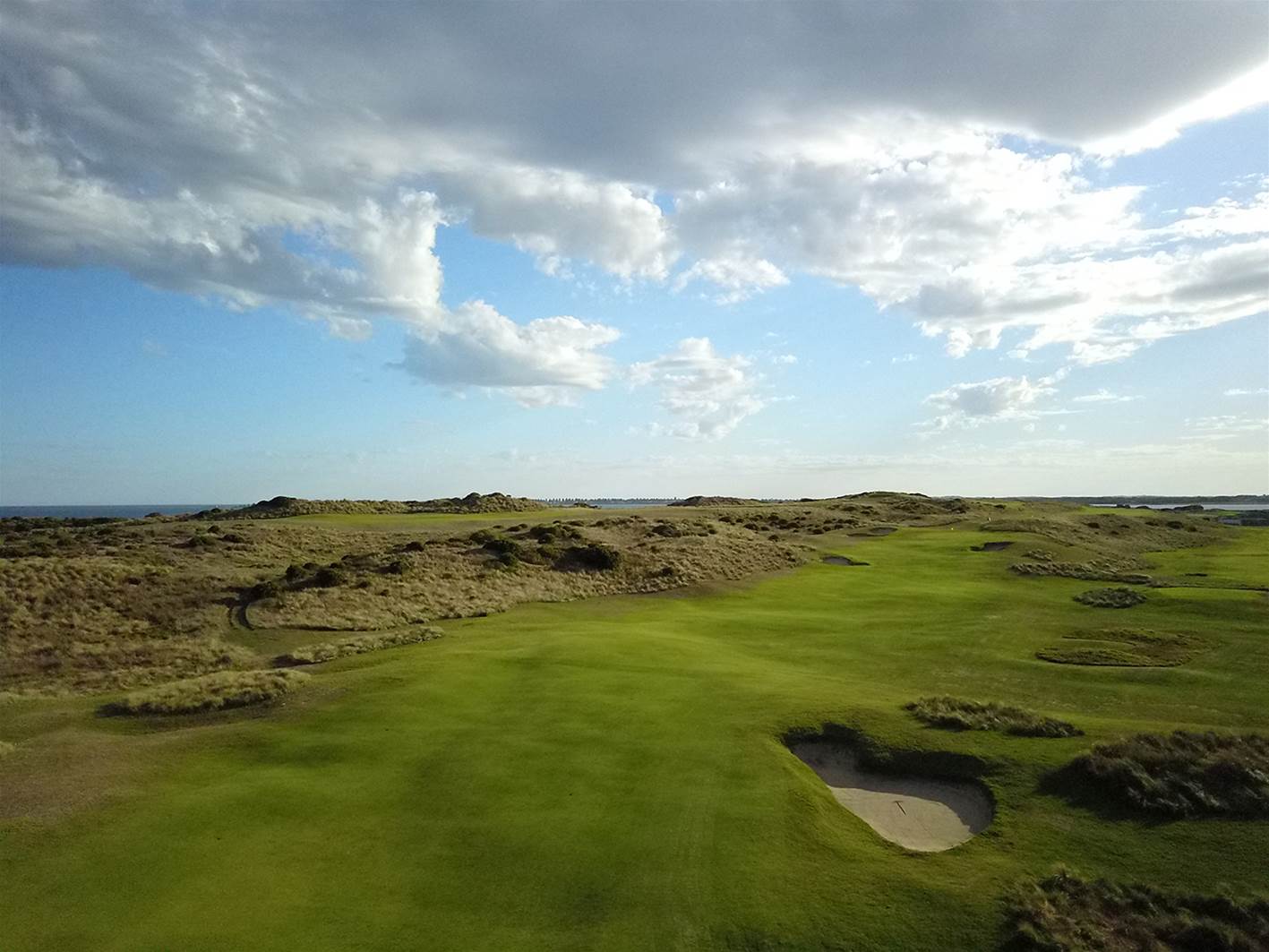 Judge's comments: “The final stage of the course redesign, including the much-needed overhaul of the 17th green, means Bonnie Doon is now one of the most interesting, enjoyable places in Sydney to play.” – Michael Green.

“Bonnie Doon’s staged course works have finally completed, revealing a layout of great interest, variety and architectural merit. The new holes are wonderful and unlock the potential of the terrain. The short par-5s are exciting, the par-3s always fun and the short par4s are a standout. The ‘Doon’ is a must-see for visitors to the city.” – Matt Mollica.

“The club and its design firm, OCCM, should be applauded for such a consistent redesign over four stages spanning eight years. With the work now complete, the challenge is to ensure presentation that showcases the brilliance of the architecture, especially around the greens.” – Scott Warren.