Judge's comments: “The Cut is one of the most dramatic in Australia. It has been criticised by many owing to its difficulty, and narrow fairways, especially with strong local winds often acting over the course. However, its coastal setting and dramatic terrain as well as the shot-swinging final five holes ensure its place in the 100.” – Matt Mollica.

Judge's comments: “The Grand flows seamlessly from relatively flat to undulating terrain, with both areas of the course offering their own challenges. The same can be said for the mix of greens from subtle to dramatic slopes.” – Alex Murray. Judge's comments: “The newer of the two courses at Riverside Oaks offers plenty of challenges, particularly on the opening nine, across a wonderful piece of golfing land.” – Michael Green.

“Bob Harrison has extracted the very best from this property with such an extensive variety of holes. No two holes are remotely the same, while you never seem to be reaching for the same clubs time after time.” – Brendan James.

Judge's comments: “Another solid Gold Coast course. It’s a little bit of a weird design given its location, but all in all it does work. Has struggled over the years with conditioning but the last few years, after a change in ownership, it has improved.” – Peter Robertson.

“Hope Island, for mine, has rarely looked better in the past two decades and is always a delight to play.” – Jacqui Lee. 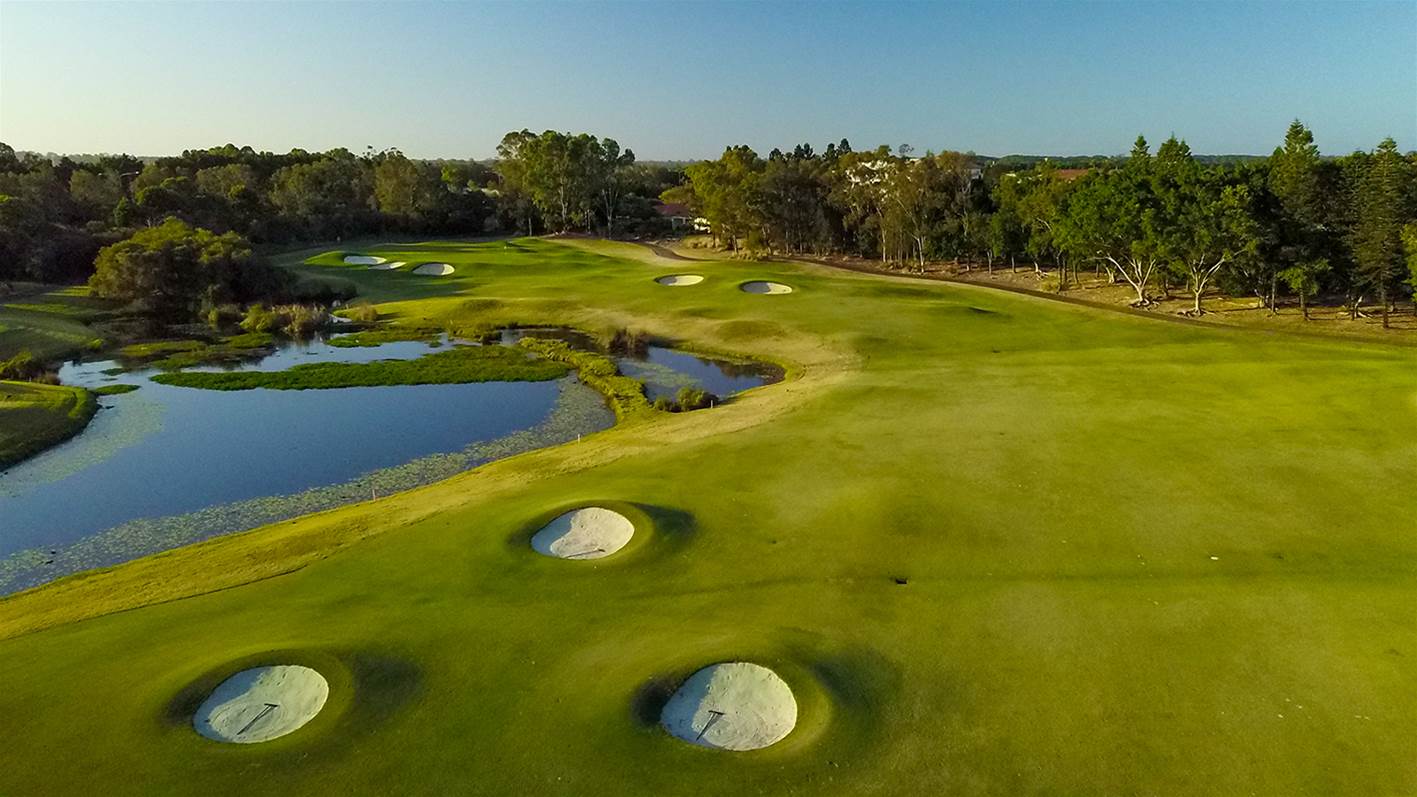 Judge's comments: “The South Course has some great strategic lines and the greens are excellent. Regular drainage work throughout the course in 2019 made it almost feel like a construction zone at times.” – Carl Murphy.

“I still find it astounding such a young course had to go through extensive drainage work so quickly after opening. That said, the ground under foot now is much firmer, and is pleasing to hit off. Everything is big at Eastern – wide fairways, big bunkers, big greens – but when you look more closely the strategy requires more precision than just blazing away at the vast expanses. ” – Joe Thomas. Judge's comments: “Easily one of the most improved courses in this country during the past decade. It’s no coincidence that Curlewis’ fortunes turned with the sale of the club a few years ago and the subsequent investment made by the new owners. Recent changes – the complete redesign of the 1st and 9th holes, opening up of several holes by clearing of trees and the renovation of key bunkers – have further elevated the layout.” – Brendan James.

“I first played Curlewis back in 2008 and went away thinking what a course of great potential. My next round there was in 2017 and loved all the changes that had been made to the course. I’ve now travelled back three times since because Curlewis has become one of my favourite courses to play. It’s fun and challenging and unpretentious.” – Lucas Andrews. Judge's comments: “Changes made under Martin Hawtree’s consultancy have opened up the course and made it far more playable without lessening the challenge. Vast tracts of dense ti-tree and other scrub were cleared and exposed the sandy ground beneath, while some key bunkers were removed. Huntingdale is less claustrophobic than it was, and the conditioning is, not surprisingly, first class.” – Lachlan Farmer. Judge's comments: “When you compare Meadow Springs to Jones’ other Australian designs, it is much less dramatic in the land it covers but no less enjoyable to play. Meadow Springs does boast his bold bunkering along with wonderful rolling fairways, predominantly lined by ancient Tuart trees. It is a beautiful place to play.” – Brendan James.

“Meadow Springs is one of the most beautifully presented courses I have played in WA.” – Robyn Mitchell.

“In recent times, there have been some changes – like the redesign of the green complex on the par-3 12th to bring the lake into play – which have added to the visual and playing appeal of the course.” – Brendan James.

Judge's comments: “The Creek Course has wide open spaces and interesting green complexes, which all amounts to a lot of fun.” – Adrian Logue.

“The Creek Course is the perfect foil for the adjoining and more dramatic Beach Course. The fairways ebb and flow like ripples on a pond, rather than crashing waves on a shore, while the greens are large and not without their challenges.” – Brendan James.

Judge's comments: “ The course continues to fall behind as others improve around it. The Gil Hanse renovation will see fundamental changes to the design, which will elevate the layout in this list.” – Carl Murphy.

“Royal Sydney’s pushed up greens, lightning fast slopes, oversize bunkers and relentlessly narrow fairways make for a genuinely tough test but the wait goes on to truly unlock the marvellous potential of what is incredibly good ground for golf. The Gil Hanse renovation will secure an exciting future for this grand and historic club.” – Adrian Logue.

“I’m excited to see that Gil Hanse’s new routing will share the best land between the front and back nines. Currently, the best land is behind you by the 8th tee.” – Scott Warren.

Judge's comments: “It’s a shame that all three of the short par-4s play, to varying degrees, uphill. The relief they could provide to an otherwise relentless test is missing as a result.” – Scott Warren.

“Elanora has plenty of space on just about every hole, which is a credit to the designers on what could easily have been a very tricky, hilly site. The bunkering hasn’t been overdone, which is really important on well treed courses, and the conditioning is consistently excellent. The green complexes are the real strength of the course, interesting without being over the top. The stunning clubhouse and rocky outcrops and views around the course are added bonuses.” – Rich Macafee.

Judge's comments: “Given the extremes of climate to be experienced in the Hunter Valley, it is rare to find The Vintage presenting anything other than nicely manicured playing surfaces year round.” – Sue Johnson.

“A round at The Vintage seems to build to a climax with the final six holes being the layout’s finest offerings, with the short par-4s – the 13th and 15th – encouraging a range of interesting tee shot strategies.” – Brendan James.

“After an awkward opening stretch, the course finds a nice balance between ‘resorty’ ease and genuine interest for better players. The par-3s are a bit bland, which does punctuate the round a bit.” – Scott Warren. Judge's comments: “The hugely underrated Long Island course rises to its highest ever position in this ranking. It’s no coincidence that its rise has come since it became part of The National Golf Club and all its resources. The layout has some wonderful, natural holes and there are few better than the closing trio on the front nine.” – Brendan James.

“Long Island has benefitted from some polish, following its inclusion into The National Golf Club stable. Its condition has improved and more golfers are now familiar with the course’s appeal.” – Matt Mollica.