Judge's comments: “There is a noticeable difference between the holes which have undergone renovation, compared to the untouched areas. The changed holes have good strategic lines plus some challenges around the green complexes. I’m really looking forward to its completion.” – Carl Murphy.

“The OCCM redevelopment turned this course on its head and for the better.” – Lucas Andrews.

Judge's comments: “A remarkable design achievement in difficult terrain for golf, Pelican Waters is visually quite striking and makes good use of its abundant lakes and wetlands.” – Adrian Logue.

“Pelican Waters will reach two decades of play in 2020. The course, and an adjoining 20ha site, was sold in December 2018 to a retirement village developer and it will be interesting to see what effect plans for new holes will have on the course and how it plays.” – Brendan James.

“The ‘Bull Ring’ is an exciting corner of the golf course with three holes played around the edge of a lake. But for mine, the closing trio of holes gazumps the ‘ring’ for sheer quality and great visuals.” – Alex Murray.

“The continued climb of the Murray River’s newest course should not be of any surprise.
Black Bull possesses some of the best playing surfaces along the big river and this just adds to the very good Thomson and Perrett design.” – Brendan James. Judge's comments: “Avondale is set in a peaceful native setting where you feel like you are a thousand miles away from the hustle and bustle, despite being in the heart of Sydney’s north shore. The beautifully manicured playing surfaces add further to the seduction.” – Felicity Chapman.

“The changes in elevation across the course give rise to a smorgasbord of holes offering fun and challenging golf.” – Brendan James.

Judge's comments: “The Mt Lawley course lies on ideal undulating and sandy land, which
has given rise to a very good course but the redesign masterplan promises to make it even better.” – Joe Thomas.

“For mine, Mt Lawley features too many holes where the fairways are too narrow for the green complexes waiting at the end of the hole. Widen the playing lines and questions will be raised on how best to play those holes.” – Alex Murray.

Judge's comments: “Links Lady Bay has maintained its position at No.70 in a ranking with volatile movements up and down for many courses. It has been a consistent performer in this list and is undoubtedly in the best condition ever seen by our judges.” – Brendan James.

“This can be a brutal test in southerly winds. None are tougher than the long par-3 17th and the sinuous, uphill par-5 finishing hole, which can quickly add a bitter taste to the first drink at the 19th hole.” – Michael Green. 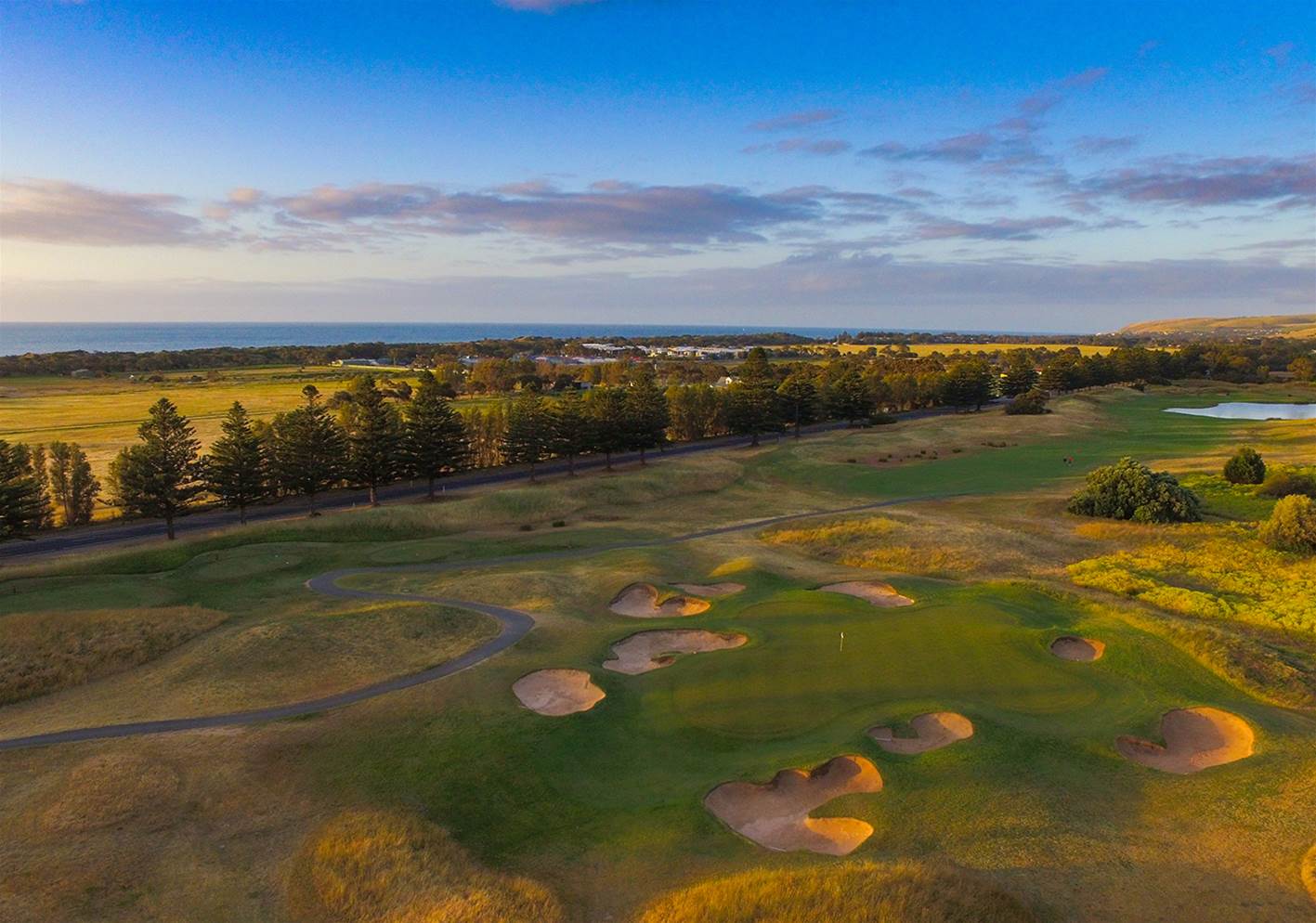 Judge's comments: “The holes abutting the ocean are jaw-dropping. The progressive upgrading of surrounds from a ring of kikuyu to couch is improving the playability of the existing greens complexes.” – James Bennett.

“The club has chipped away at the rough edges of its diamond and making it an even more memorable golfing experience, returning the course to more of the links-style it was 80 years ago. The exposing of sandy waste areas by eradicating vast tracts of bush scrub has opened up the layout, improving it visually and strategically.” – Brendan James.

Judge's comments: “Often overlooked by the visiting golfer to the fringes of the Melbourne Sandbelt. It is clearly underrated by the golfing populous and it shouldn’t be. The design changes, like the new par-3 14th, made in recent times are all terrific, while the presentation is first class.” – Alex Murray.

“Hugely underrated due primarily to its isolation. I reckon this is one of the best courses
Graham Marsh and his design company has
ever created.” – Brendan James. 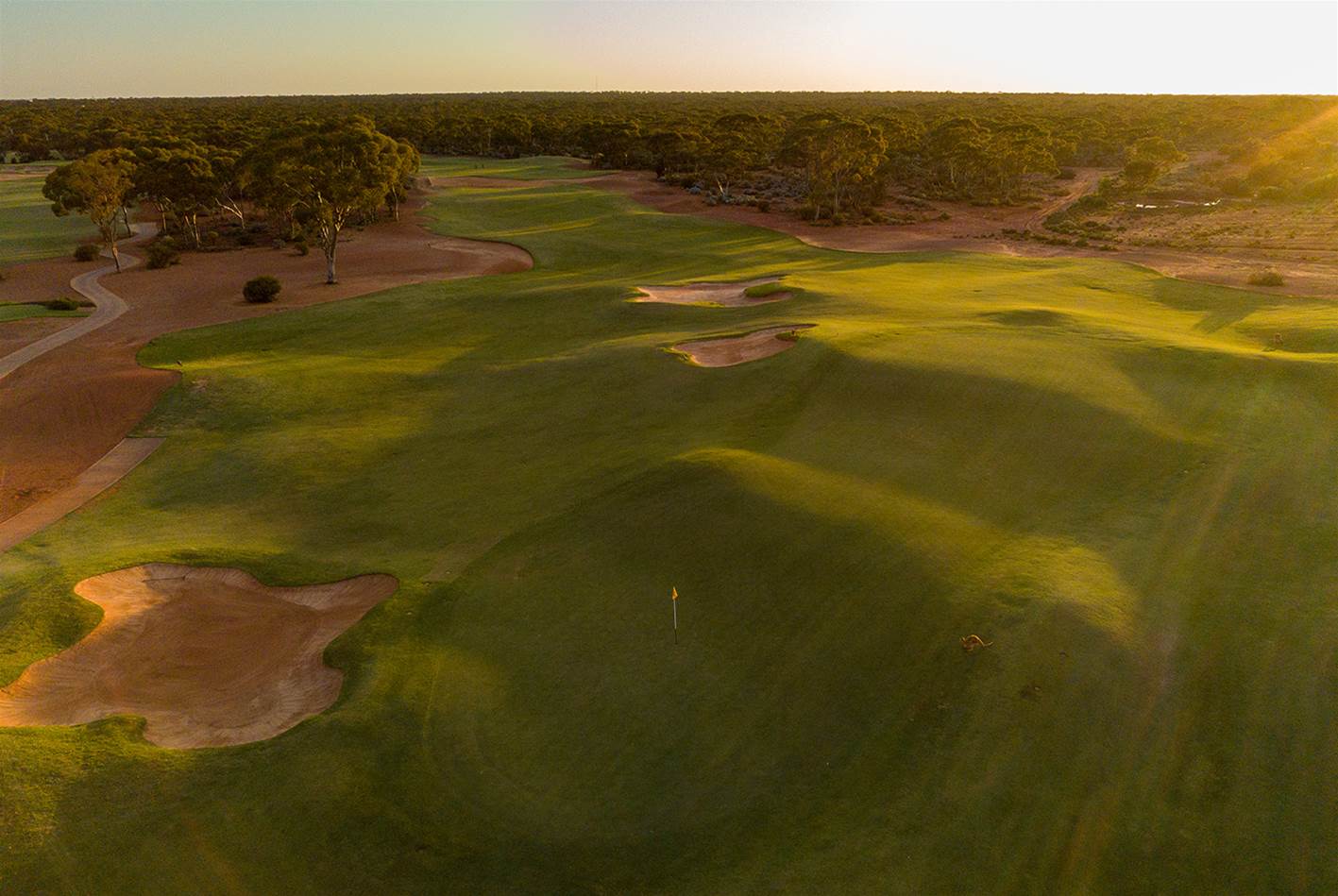 Judge's comments: “Ranfurlie is one of those courses where your appreciation for the design and the strategy grows with every round. The wide fairways and angled greens combine to ask questions on most shots.” – Brendan James.

“Presentation is an issue of the past and its conditioning now stands right alongside the quality of Clayton’s design.” – Lucas Andrews.

“The impact of the new ownership in recent years has been nothing but positive. The Open Course’s dip in this ranking can really only be attributed to the volatile nature of this list with plenty of movement north and south by a significant number of courses. The Open Course actually polled with more points than in 2018 but has dropped nine spots.” – Brendan James. Judge's comments: “Greg Norman and Bob Harrison turned a Gold Coast swamp into one of the most thrilling courses in Queensland.” – Scott Warren.

“For too long, less than ideal presentation sucked all the excitement out of the outstanding design. The course staff have turned the course around in the past two years and it has recaptured most of its past glory boasting great turf and firm, smooth rolling greens.” – Brendan James. 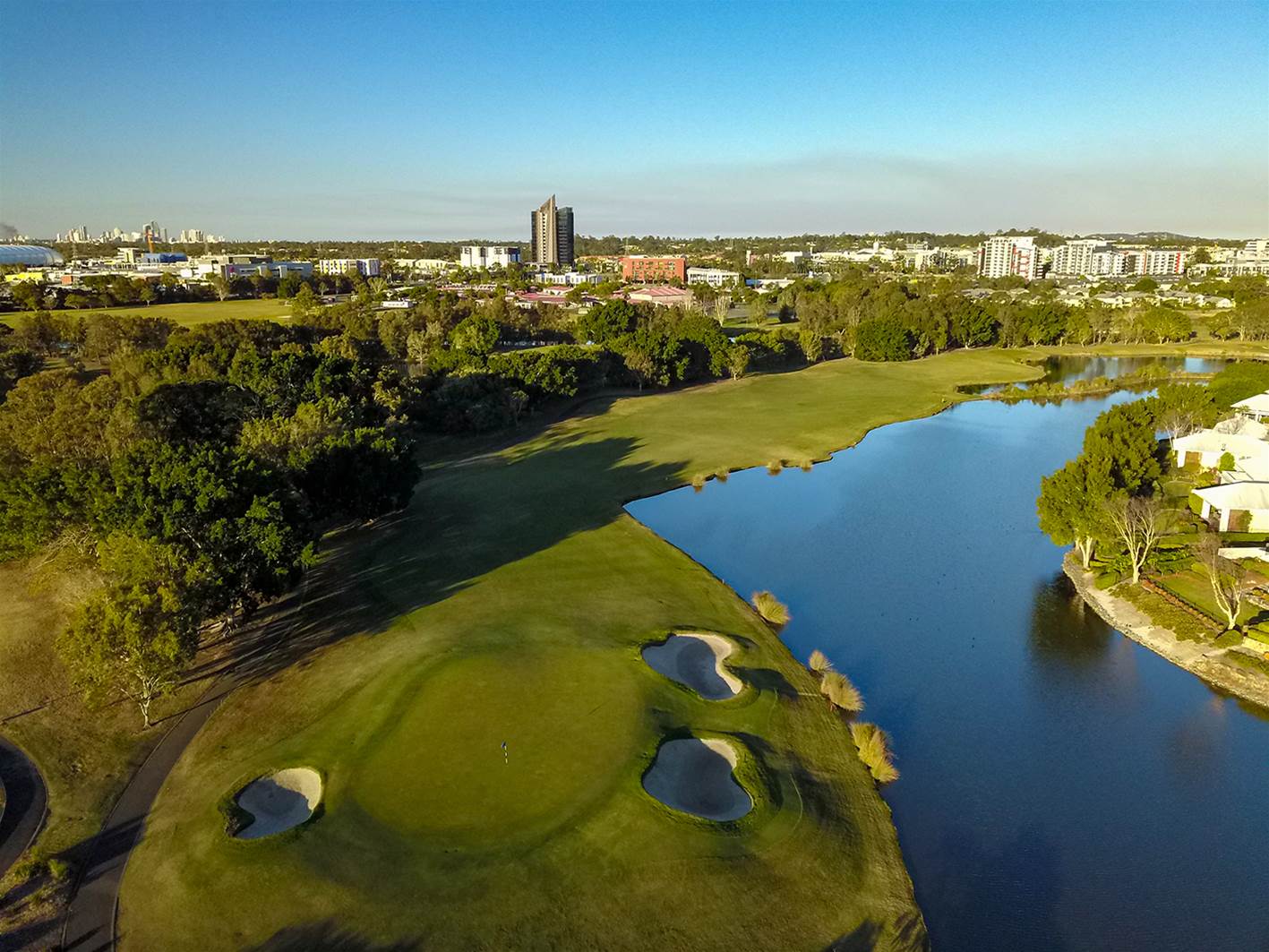 Judge's comments: “Best value game of golf in Sydney. That said, maintenance is an issue with some of the bunkering. The course boasts the Greg Norman and Bob Harrison design signature look, while offering great width and strategy.” – Adrian Logue.

“The most interesting holes come early in the round on the flattest area of the course. The width of the fairways and the angle of the exposed greens demand different shots with different clubs, which I love. My main criticism would be some of the bunkering, like those to the right of the approach on the par-4 7th hole where a ball just dropping into the sand can leave you without a backswing, such is their shape and depth.” – Lucas Andrews.

Judge's comments: “The layout stretches out over varying topography, with the best offerings, in my opinion, coming midway through the front nine. The trademark bunkering created by the design team, especially during the 2000s, is evident and is a real feature of a round.” – Joe Thomas.

“There is a lot to like about Settlers Run. For me, I was really impressed with the one-shot holes, with the 11th being the pick of a fine crop.” – Jacqui Lee.

Judge's comments: “Not the longest of courses, but one which ensures thought on each hole. Some of the best green complexes north of Melbourne, which could challenge the best of players.” – Carl Murphy.

“One of the most fun courses to play in Victoria and deserves its place among the elite of Australian golf.” – DJ Loypur.

Judge's comments: “As predicted in our 2018 ranking, Sanctuary Lakes has risen in this list again … if only a few spots. The course has come along in leaps and bounds since the members took control of the club a few years back, so its ascent is not surprising. The terrific flowing movement in the firm ground under foot always elevates Sanctuary Lakes in my personal list of favourites.” – Brendan James.

“I really enjoy Norman and Harrison designed courses because of the number of very good driving holes you get during a round. Sanctuary Lakes, I believe, is one of the best to come from this design team.” – Lucas Andrews. 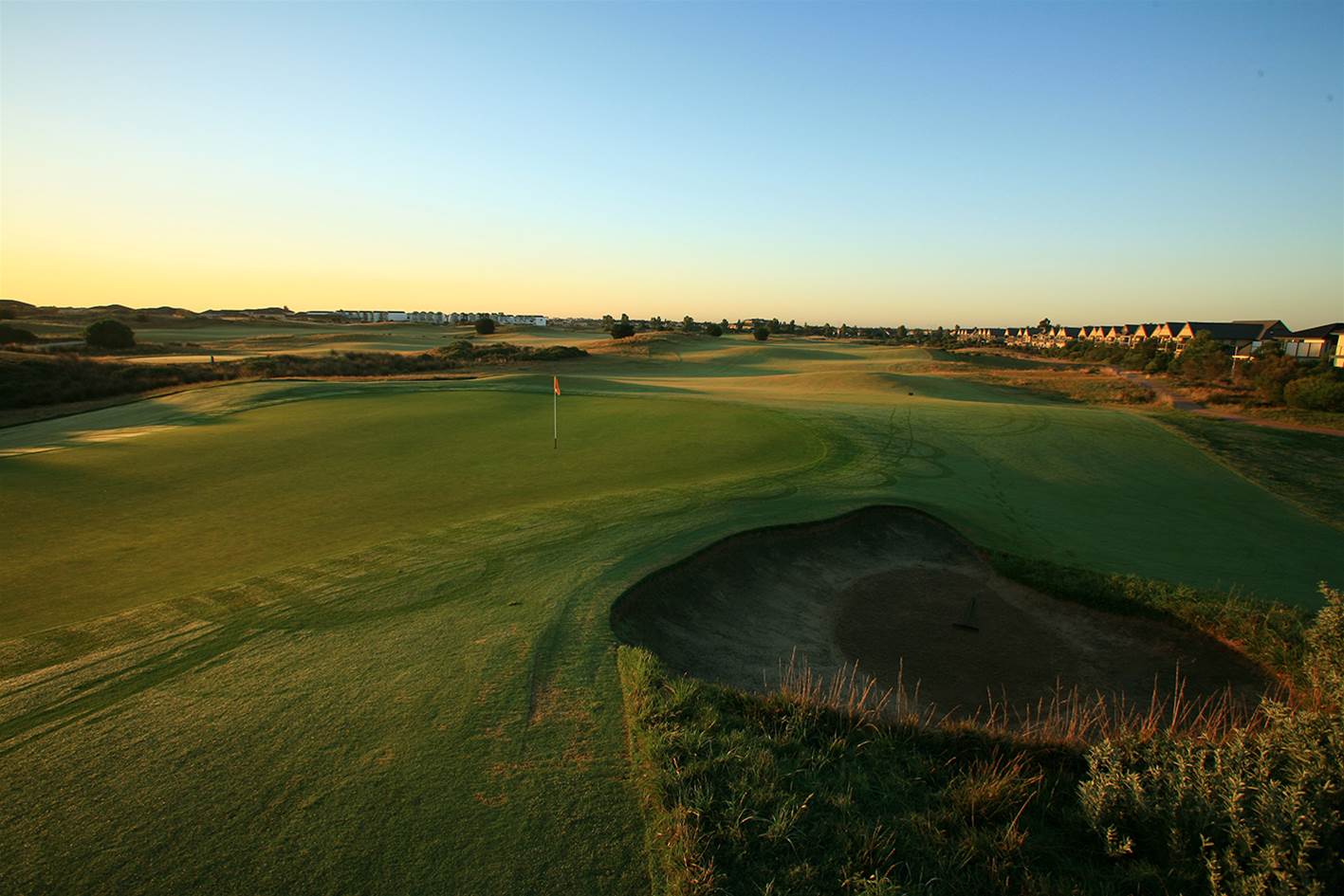