Judge's comments: “The Dunes is a very good quality links course that doesn’t get spoken about much due to the high number of quality courses close by. The Dunes can hold its own with the best of them.” – DJ Loypur.

“Quirky, beautiful and always challenging. It is a course you could never get sick of regardless of the many times you need to play it to work it out.” – Ross Flannigan.

“The Dunes has not lost any of its lustre in its quarter century of play. If anything, it just keeps getting better.” – Brendan James.

“The work to open up the course by removing overgrown areas had a positive impact, by opening up the playing lines. It is a shame the rest of the scheduled work appears to have all but stopped, as this would have further improved the course.” – Carl Murphy. 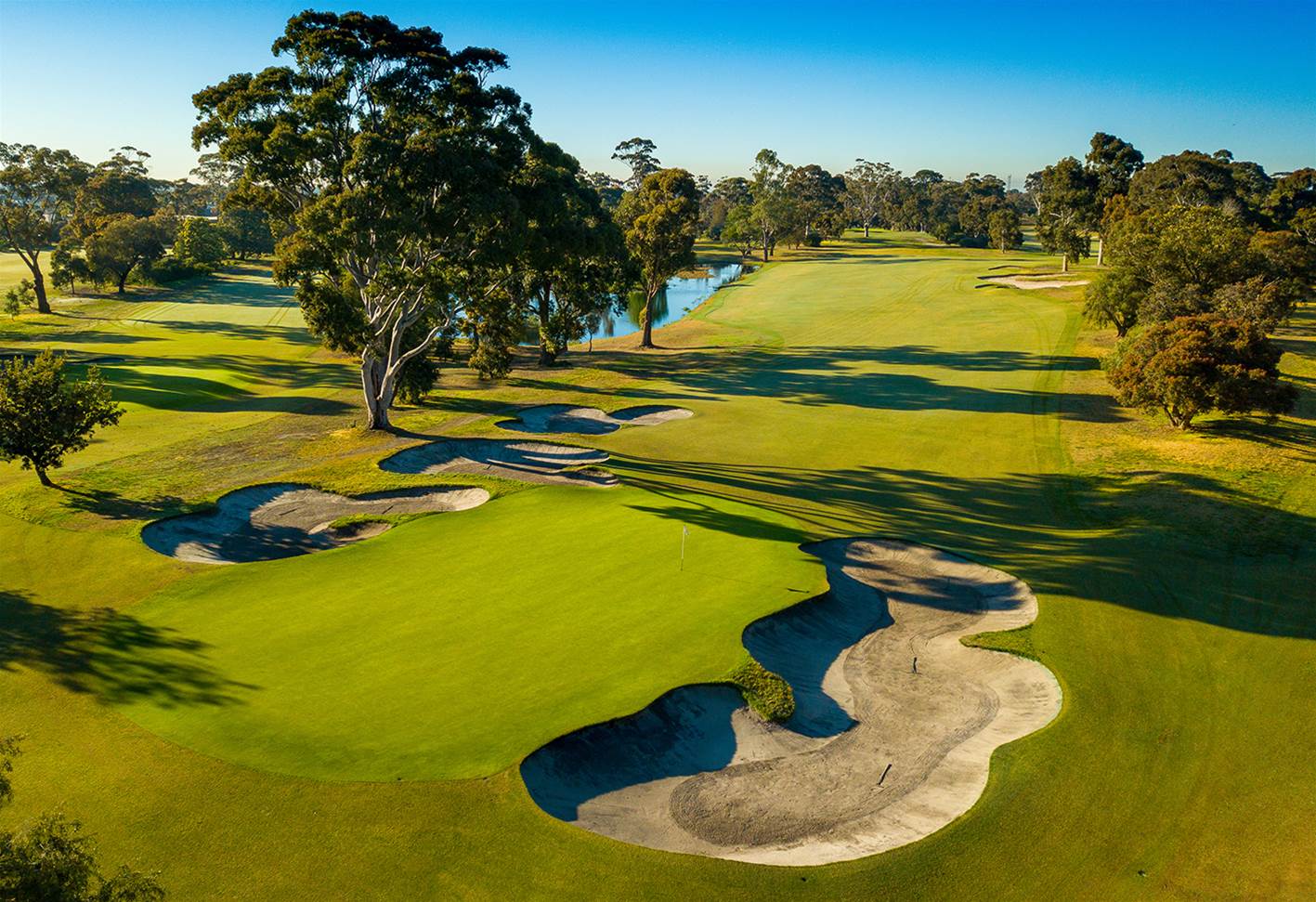 “The stretch of holes from the 2nd to the 9th at Newcastle is among the best sequence of holes in the country, with such wonderful green settings, thrilling shots and great variety. With Bob Harrison engaged to create some new holes in times ahead, let’s hope the course retains its high ranking.” – Matt Mollica.

“Some layouts are described as great ‘second-shot’ courses, the beauty of Newcastle is that it’s a great ‘first-shot’ course. With the greatest collection of natural rolling fairways in Australia, quality tee shots are rewarded while poor play off the tee incurs a delayed penalty with less favourable angles into the small, slightly raised greens. An unpretentious club with a modest clubhouse and unadorned course, yet it has undeniable class like a kindly old gent wearing a neatly pressed suit in a timelessly fashionable cut.” – Adrian Logue.

“Newcastle is a timeless design of the highest quality.” – Craig Read.

Judge's comments: “Royal Queensland is the best course I have seen on a flat piece of land. It is a stunning achievement to build a set of greens that have you constantly searching for the preferred lines to approach them from. Without doubt the best course in Queensland.” – Brian Walshe.

“Not many sites flatter than Royal Queensland in the country, which only exemplifies how extraordinary the design is. It provides a great balance of risk and reward on most holes and, in turn, inspires some thought provoking golf.” – Andrew Anderson.

“A disgruntled golfer told me of Royal Queensland: “You can drive it anywhere without penalty, and the greens are too hard to stop the ball on.” He was actually describing why it’s so brilliant, he just hasn’t worked it out yet.” – Scott Warren.

“Royal Queensland is one of the most underrated courses in the country. While many may feel the course is flat and uninteresting, the course is quite the opposite – delivering very few flat lies and reminding the player that being out of position is not without its consequences.” – Peter Robertson.

Judge's comments: “Royal Canberra’s rolling hills, pine forest and distinct seasons lend it a character something like the inland courses of Scandinavia. The extreme cold and hot temperatures can also be very harsh on turfgrass and Royal Canberra has had some challenges with presentation in recent times. That doesn’t alter the fact that the OCCM renovation opened up some marvellous vistas and created some great strategic options.” – Adrian Logue.

Judge's comments: “Any mainland course in Australia that features fescue fairways will always remind me of playing on a Scottish links and therefore always draw me back to it.” – Ross Finnigan.

“The Beach Course, for mine, is among the top-five most fun courses in the country. Cashmore’s dramatic green complexes demand you get a little creative with your short game and your putting, while some greens – like the punchbowl-shaped 18th – really test your ability to hit the right shot with the right club in hand. He has a combination of greens
where some are receptive, and others are designed to repel mis-hits. It all leads to a lot of fun.” – Brendan James. 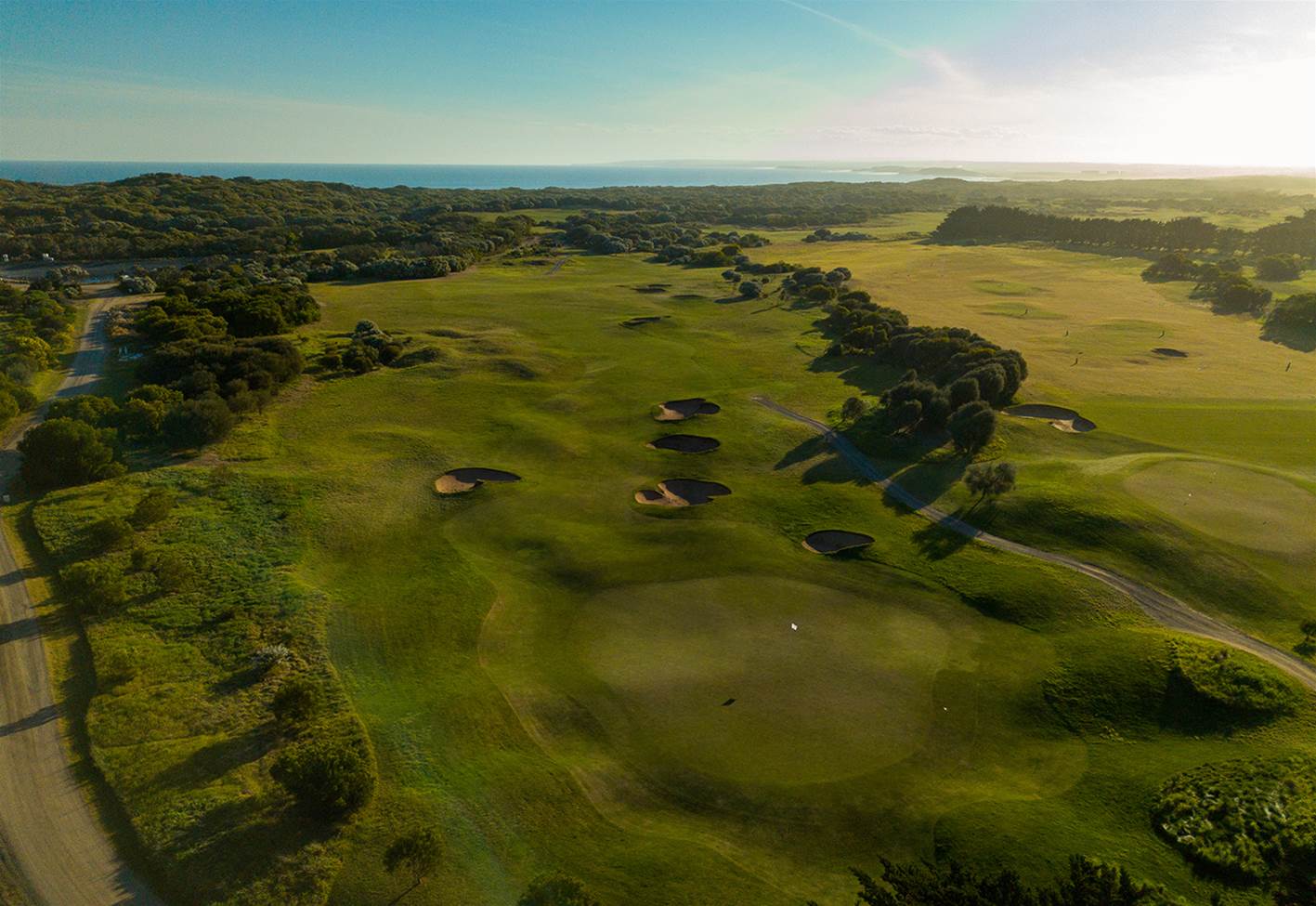 “The most picturesque course on the Mornington Peninsula with the short par-3 7th being one of the standouts. The Old is not everyone’s cup of tea the first time playing, but it becomes more enjoyable once you start to understand the contours on the severely sloping greens. An enjoyable, fun and gettable track off the front tees. However, playing from the Black tees, with any sort of wind, is not for the faint of heart.” – DJ Loypur.

“Built on a severe site, The National’s Old Course is spectacular, amazing, challenging and, above all else, fun. No course can wreck a scorecard more quickly, yet, few courses can make you smile as much as Old can. Breathtaking views and thrilling golf are a heady mix.” – Brian Walshe. Judge's comments: “The unsung star of Adelaide golf. A great example of what can be accomplished on a small piece of land, and how a course can be short, fun and challenging to all levels of player. – DJ Loypur.

“The redesign work overseen by Neil Crafter and Paul Mogford has enhanced an already great course. I love the quartet of holes from the 4th to the 7th, while the new 17th green is a beauty.” – Brendan James.

Judge's comments: “The new 007 bentgrass putting surfaces, coupled with a tweak to the irrigation water quality, has returned the greens and overall course presentation to near perfection. The routing is unique, producing a relatively flat course despite the hills. Tee shots on several holes are designed to play over hills or climbs resulting in less uphill/downhill approaches than would be expected.” – James Bennett.

Judge's comments: “Starting on some of the best links land in Australia, the course does not disappoint on the first block. Neil Crafter and Paul Mogford’s work on the course masterplan continues to see improvements right across the course.” – Carl Murphy.

“A great example of how a course doesn’t need to be complicated to be good, sometimes less is more as is with Barwon Heads.” – DJ Loypur.

“The Hermitage Grange of Australian golf courses … it has always been good, and just keeps getting better.” – Craig Read.

“Barwon Heads presents itself in three distinct acts with great tumbling dunes on the smaller paddock then the wild holes around the turn that open out into some beautiful wide spaces on the back nine, finishing at one of the best clubhouses in Australia. The sort of course that compels you to gaze dreamily in the window of the real estate agents on your way out of town.” – Adrian Logue. 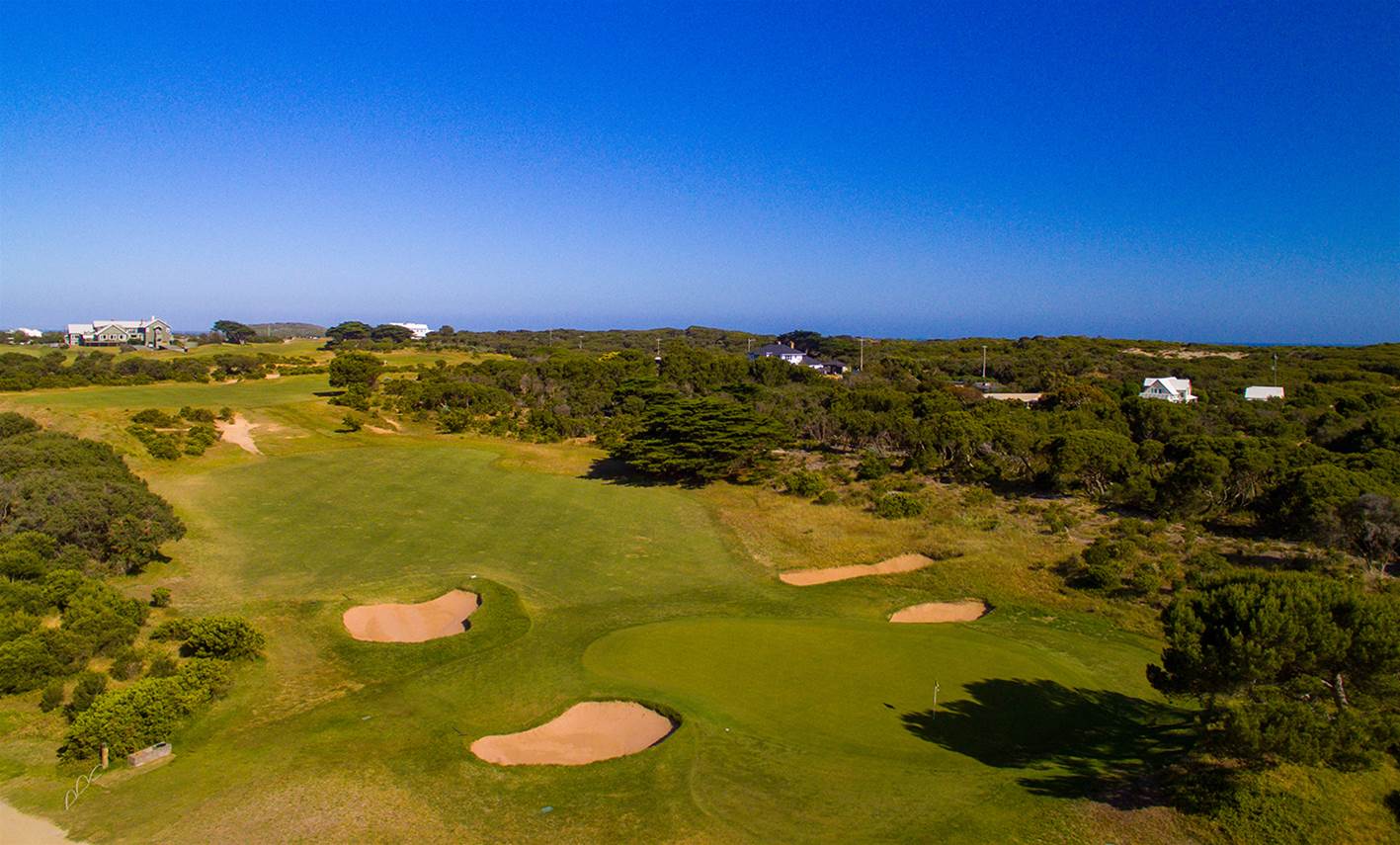 Judge's comments: “For so long a poor relation on Melbourne’s Sandbelt, Woodlands is today recognised for its great routing, fine collection of short par-4s, and overall quality.  It demonstrates that a solid yet enjoyable test of golf can still be conducted over a course measuring less than 6,400 metres.” – Matt Mollica.

“With its small greens and use of doglegs, Woodlands should be added to more golfers’ Sandbelt visitors’ itineraries for the variety it offers compared to the more similar fare offered by the courses closer to the city." – Scott Warren.

“Woodlands offers some of the best short par-4s in Melbourne. Paired with quite small green complexes and fescue collars, it puts a premium on position off the tee.” – Andrew Anderson.

Judge's comments: “Built on a slightly bigger scale than its neighbour, the South course is equally compelling. Broad fairways, larger rises and falls, as well as bigger hazards and greens provide enjoyable and high quality golf on a big canvas.  This course rewards sound strategy and accurate shot placement.  The par-3s are a standout, as are the short par-4s. OCCM did a mighty job with wonderful bunkering and construction.” – Matt Mollica.

“The recent renovations have dramatically improved the South course – exposing some of the sand underneath, better bunker positioning and waterway definition have improved not only the scenery but the course’s strategy.” – Carl Murphy.

“A more member-friendly version of the neighbouring North course. Big, clever greens and thoughtful fairway bunkering make South a fun test of golf. Whilst you can get the feeling that North has tournaments in mind, South is less stern and doesn’t have as much in the way of trouble when you miss.” – Brian Walshe.

“Maybe a more impressive redesign than the North Course, in my opinion. The South has been turned into a really, really good course that you would have no problem playing if the time sheet is full on the North.” – DJ Loypur.

“Different but no less spectacular then its sister course. A great mix of holes using much the same routing, but the changes have improved the aesthetics and challenges. There is enough space here now to host a big tournament.” – Ross Flannigan. 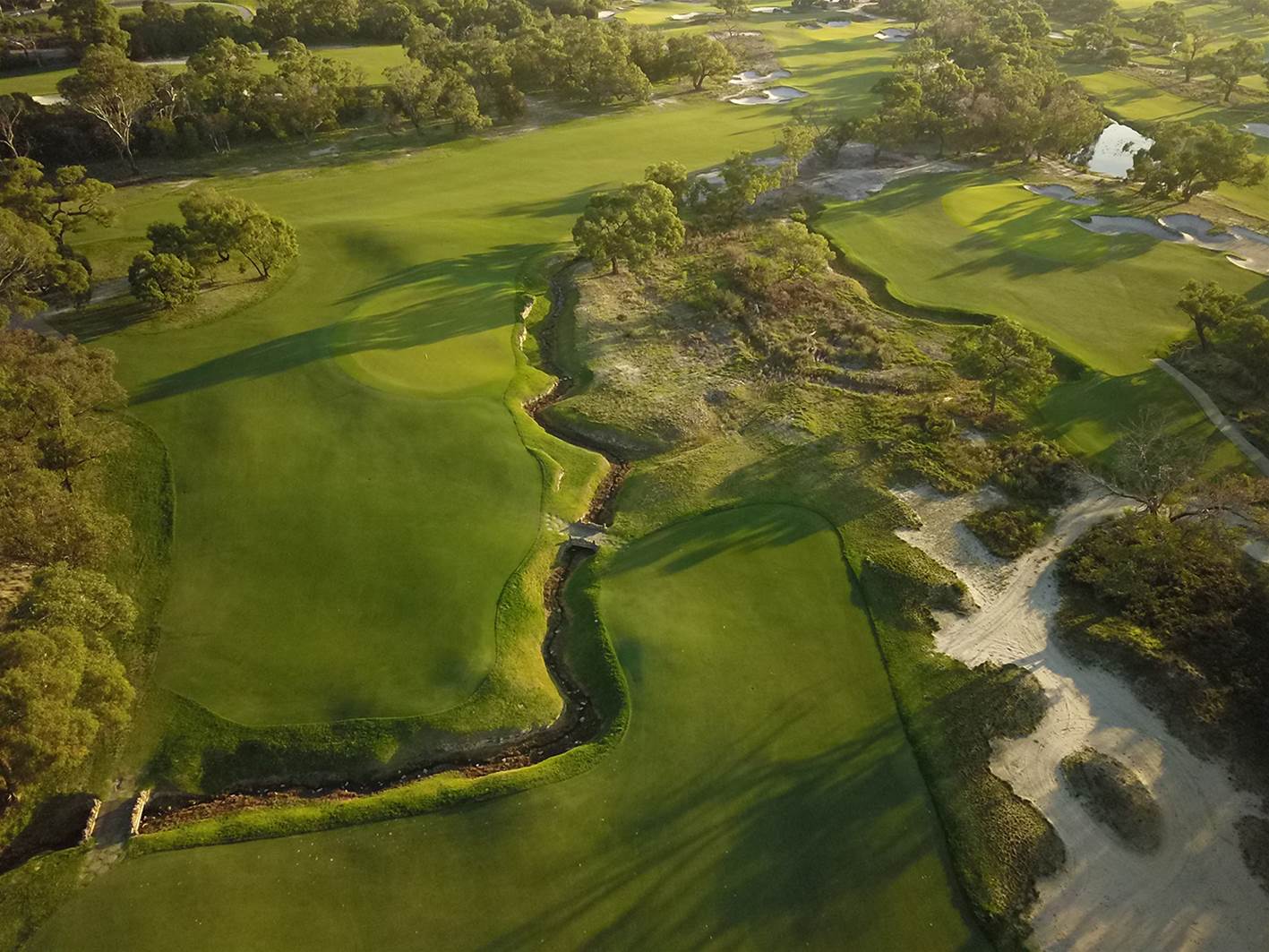 Judge's comments: “Metro has gone through a remarkable journey in recent years reclaiming its heathland identity. The open vistas allow the masterful bunkering and intricate green shapes to dominate the eye. Land this bland has no right being home to a course this good.” – Scott Warren.

“Highly regarded for its presentation, Metropolitan is surprisingly flat and wildly scrubby away from the playing surfaces, but it’s also a layout that has more interesting strategy than people give it credit for. The index 1 par-4 15th is one of the more underrated strategic holes on the Sandbelt.” – Adrian Logue.

“For the life of me I can’t understand as to why the trees on the 17th fairway have not been cut down. For a course which employs strategy so well over the majority of the course, the 17th is so counterintuitive to the rest of the course.” – Peter Robertson.

Judge's comments: “In my opinion, no other course in Sydney comes close to The Lakes from an architecture perspective. This is simply not an “aim at the middle of the fairway” course but one that asks you to find the best angles.” – Brian Walshe.

“Maturing into what it looked like as an infant.” – Craig Read.

“The incredible presentation of the kikuyu by superintendent Anthony Mills and his team lets Mike Clayton’s design sing. Nowhere else in Australia is water as well-used as a hazard, and there’s not a better bold set of greens.” – Scott Warren.

“It took Clayton’s renovation of The Lakes to peel back decades of over-grassing and tree planting to remind everyone that Sydney has its own tremendous sand-based precinct for championship golf. The back nine featuring the titular lakes provides possibly the most fun sequence of shots in Australian golf.” – Adrian Logue.