Judge's comments: “Marsh’s Royal Pines incarnation is far better than the original course but I do wonder some of the bunkering is a little overdone (the bunker through the back of the 18th green is a good example). The greenscapes, too, are far more fun to play than the formerly flat putting surfaces.” – Alex Murray.

“While I can appreciate what Graham Marsh tried to do with the redesign, it just doesn’t work. The “bones” of the course are weak at best and the new green complexes and surrounds look artificial and unnatural.” – Peter Robertson. Judge's comments: “Cape Schanck is like a miniature, less-polished version of the Old Course at The National, which is a great compliment. It is one of the best value for money public access courses on the Mornington Peninsula.” – DJ Loypur.

“Cape Schanck’s steady but consistent improvement during the past seven years sees it finally make its debut in the Top-100 Courses in the country. The design has always offered excitement and these days this goes hand-in-hand with very good playing surfaces.” – Joe Thomas.

“I could never tire of playing this course. There is enough funky stuff on the back nine to put a smile on your face.” – Jacqui Lee.

Judge's comments: “Murray Downs never fails to impress. The land is relatively flat, with the exception of the gentle rise back to the clubhouse, but the fairways still have enough subtle movement to offer a variety of different lies during the round. And if you’re looking for the biggest, best-manicured greens along the Murray River … you’ve come to the right place.” – Brendan James.

Judge's comments: “Sorrento’s high level of conditioning continues to impress. You might have to travel all the way up the freeway to the Melbourne Sandbelt to find better putting surfaces.” – Lachlan Farmer.

“Sorrento could be the sleeping giant of all the Mornington Peninsula courses. With minimal changes to the design it could push much higher in this list.” – Brendan James.

Judge's comments: “The Warrnambool club is to be congratulated for implementing a vegetation removal program that has exposed some of the best aspects of a seaside course – the sand underneath and the width that can be achieved through the dunes. This is particularly true on the front nine through the sequence of holes, known as Shipwreck Bend, as well as midway through the back nine.” – Brendan James.

“Wonderful course that is not overly long but a lot of fun to play every time because no two rounds are ever the same … even those played on the same day.” – Robyn Madden. 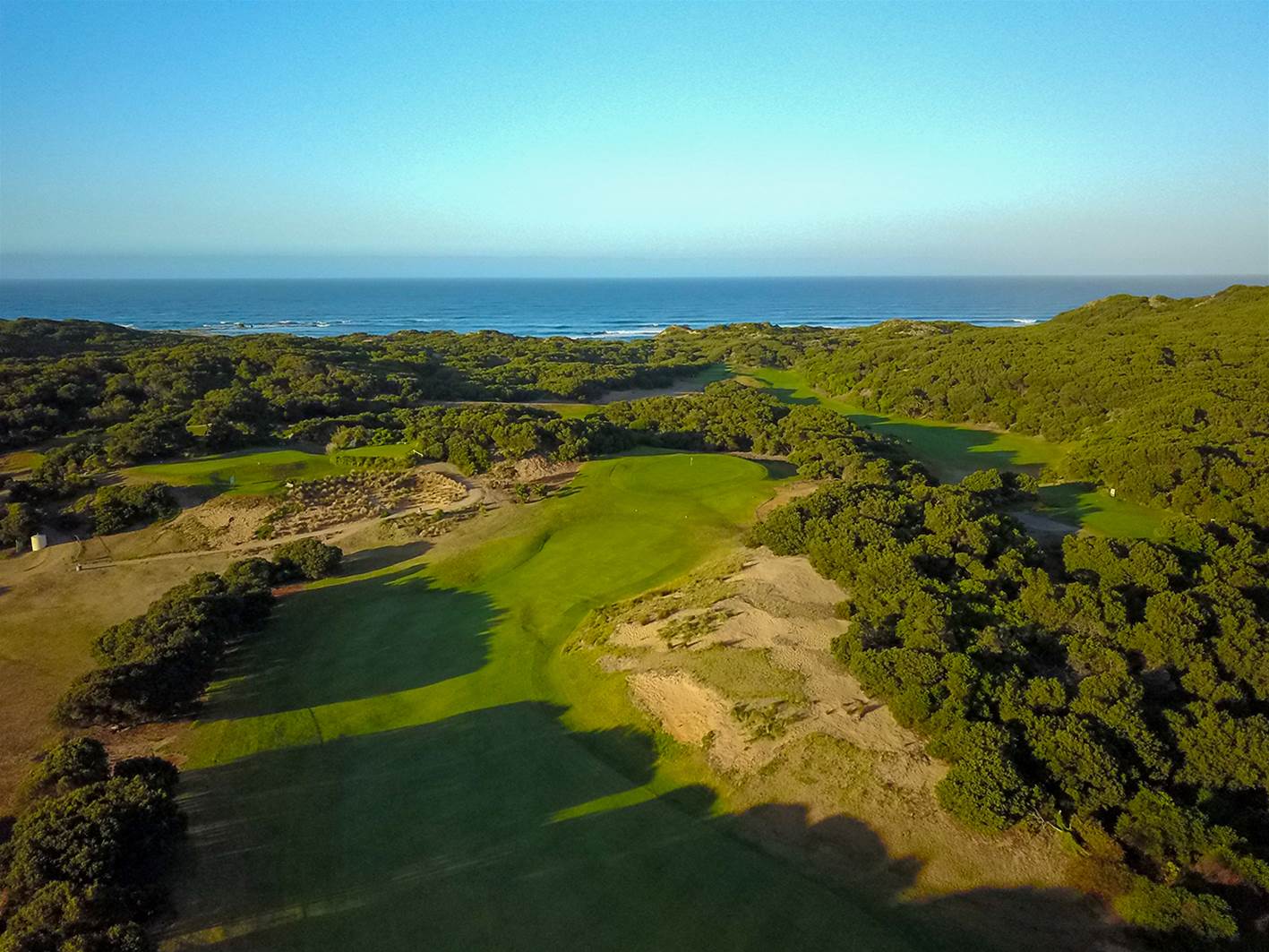 Judge's comments: “The North Course (holes 10 to 27) incorporates the low-lying and flattest holes on the back nine. But there are some gems among them, including the 137-metre 21st hole that skirts a lake and features two cavernous bunkers through the back. This is not only the most memorable hole on this part of the course, it is also one of its most challenging.” – Brendan James. Judge's comments: “There is always a difficulty in making a course interesting when the terrain offers no real elevation change for a designer to weave his magic. That said, James Wilcher was able to create an interesting, enjoyable and challenging course that suits players of all abilities. My favourite stretch of holes remains the opening quintet where you need to hit a real mixed bag of shots and clubs in the first hour of the round.” – Brendan James.

Judge's comments: “When the wind blows, Pacific Harbour could be among the hardest three or four courses to play in Australia … and that’s not even from the tips. That said, I love it.” – Lucas Andrews.

“Considering the flat topography that greeted designer Ross Watson before any earth was moved, Pacific Harbour has enough movement under foot from tee-to-green that place real demands on your ball-striking. There’s nothing more frightening to this writer than a ball sitting just below your feet, the wind moving from left-to-right and a scheme of cavernous bunkers laying right of the target. These kinds of challenges present regularly through the course of a round.” – Brendan James. Judge's comments: “The quality of presentation continues to improve under the new ownership, allowing the architecture and the benefits of naturally sandy soil to show through.  Some critical clearing of vegetation ingress has started to occur enhancing the playing lines.” – James Bennett.

“Just five years ago, Mt Compass was in a sad state. So much so the course didn’t register a single vote for the 2016 Top-100 Courses ranking in this magazine. The new owners have invested wisely and the results of plenty of hard work from the greens staff has Mt Compass realising its potential.” – Brendan James.

Judge's comments: “There are few Australian courses that boast an opening six holes that cover more natural terrain. The fairways feature quirky bumps and hollows as they rise and fall across the land closest to the ocean. John Spencer’s routing of the course inland to cover a combination of gentle and dramatic topography – before returning to the cliff-tops on the 18th hole – is brilliant and takes a round here to another level of enjoyment and challenge.” – Brendan James.

“If Narooma is not on your list of ‘must-play’ Australian courses, add it now … in permanent marker.” – Alex Murray. Judge's comments: “The second-best routing at Joondalup offers two contrasting nines, although there are similar signs of Jones’ creativity spread across both. His use of the land around the old limestone quarry provides drama-charged golf, while his gently flowing holes on the Lake Course, some adorned with massive crater bunkers, are testing but a lot of fun.” – Brendan James.

Judge's comments: “There is enormous potential to improve on a course that already has some exciting holes.” – Craig Read.

“The strategic clearing of unnecessary trees across the property has not only opened up the playing lines on several holes, but the views toward Barilla Bay are now not just restricted to just a few holes, which adds to the experience.” – Brendan James.

“Tasmania occupies fantastic land, which is now being shown off more with the removal of trees that just weren’t needed. Playing the par-5 3rd hole around the edge of the bay is worth whatever it costs you to travel to Hobart and play this wonderful course.” – Sue Johnson.

Judge's comments: “Arnold Palmer’s only Australian course design has just celebrated 30 years of play and its age has started to show in recent times. The playing surfaces are not as pristine and consistently first class as they once were. This has been recognised by the club and as you read this work has begun on transforming the layout through a $1.8 million irrigation project. This can only improve the turf quality of what is widely regarded as one of Queensland’s finest courses.” – Brendan James.

“I would love to see how The Pines would play if the fairways were cut wider, incorporating the hazards placed by Palmer and adding to the strategy of the design.” – Joe Thomas.

Judge's comments: “The rise of Maroochy River continues with its debut in this ranking, coming on the back of its first appearance in the Top-100 Public Access Courses in January 2019. There is plenty to like about Marsh’s Sunshine Coast creation – from the firmness of the playing surfaces to the generous width of the playing corridors and the subtle movement in the terrain. There is plenty of water also, but it rarely comes into play and there’s only one forced carry during the round … and that comes as you approach the final green.” – Brendan James.