The PGA Tour heads to North Carolina for its final regular season event, the European Tour moves to Wales and the LPGA Tour begins its European swing in Scotland. And after a thrilling week of golf and some good results, our so-called experts are back at it this week. WEBB SIMPSON grew up no more than an hour away from Greensboro, North Carolina, and he has treated this event as a home game for a decade. Since 2010, he’s won here once, had two seconds (including last year) and a third.

He hasn’t finished outside the top-11 in that time. His scoring average in his last three visits to Sedgefield CC is an amazing 65.25. In 2019, he fired rounds of 64-65-65-65 to reach 21 under only to be nutted by a shot as J.T Poston closed with a round of 62. One player he will have to watch is Tommy Fleetwood, who is due to hoist another trophy soon.

He has been inconsistent since the PGA Tour’s return but I think this is the week PATRICK REED finds his best golf.

The American was T13 last week at Harding Park and is currently 10th in Strokes Gained: Putting, an element of the game that is often a key to success at Sedgefield.

Reed won his maiden PGA Tour title here in 2013, shot 63 on Sunday here last year to finish T22 and typically plays well during this time of the year and the Playoffs, which start next week.

Former World No.1 JORDAN SPIETH got beat up by Harding Park for most of the US PGA Championship. But he showed some promising signs in the final round and should enjoy returning to Sedgefield Country Club, where he finished runner-up to Patrick Reed after extra holes in 2013. Spieth, of course, hasn’t tasted victory since lifting the Claret Jug three years ago. But I think that could soon change.

He found the going tough when the season restarted missing four straight cuts but CAMERON DAVIS has been warming to the task his last two starts. T12 at the 3M Championship and with some decent golf at the Barracuda to finish T32 Davis will take some confidence into this week’s Wyndham Championship, especially after four sub 70 rounds guided him to a T22 finish here last year. Celtic Manor, which will be the venue for the next two events, hosted the Ryder Cup 10 years ago and proved to be a lengthy (7,354 yards/6,724 metres) and testing par-71 layout. I suspect this will play into the hands of the longest hitters in the field and that will suit MIN WOO LEE just fine.

He averages 337.88 yards off the tee (No.3 on the Euro Tour), which brings all the par-5s (two are longer than 610 yards) within range of two shots. His T6 last week will have boosted his confidence, while the wider playing avenues at Celtic Manor will allow him to swing freely.

Bombers look like they will go well here and I am on one of the longest in Kiwi RYAN FOX. The European Tour winner has recorded finishes of T8, T15 and T19 since the European Tour’s return, suggesting he is in good form, and he will find the Welsh conditions not to dissimilar from playing back home in New Zealand.

Englishman ROSS FISHER will have good memories of Celtic Manor, having helped the Europeans capture the Ryder Cup back in 2010. The soon-to-be 40-year-old hasn’t been in stellar form of late – missing the cut at Hanbury Manor last week – however I like his chances at this venue, against this field, especially at $41.

Another Australian youngster has caught the eye in Europe with Perth’s MIN WOO LEE the pick for the Celtic Classic in Wales. Lee is a confidence player and after finishing T6 last week took to Twitter to suggest he was feeling good about his game. A buoyant Lee is a dangerous Lee and European Tour title number two could be a legitimate chance this week. Completing a rare double in world golf, MINJEE LEE will take her solid form to the next level and claim her first win for 2020.

The West Australian finished T6 last year, which included a third round 64, was runner up in 2018 and eighth in 2017. This is not surprising given she has had 51 top-10 s during her LPGA career, including her fourth placing behind Danielle Kang last week. If she starts strong, she might be hard to catch.

No doubt the 72nd hole last week will still be smarting when LYDIA KO steps on the first tee in Scotland this week, but I think it will drive her rather than hinder.

The runner-up finish was her best since October 2018, and although she skipped this event and venue last year, I think she will adapt quickly.

Ko’s putting has been her strong suit of late and with the vagaries of links golf placing less pressure on her ball striking and I am confident the former World No.1 will be break her win drought here.

There are plenty of unknowns about the returning ARIYA JUTANUGARN – but her love of links golf means I’m more than willing to back her in this week. The Thai star, who won this event two years ago at Gullane, was fifth here last year and could easily find herself thereabouts again come Sunday evening.

Min Woo won’t be the only Lee contending this week, though, sister MINJEE LEE an equally good chance at the Ladies Scottish Open at The Renaissance Club.

Third and fourth in the LPGA’s first two tournaments back, Lee also boasts an impressive record in this event. Never out of the top 10 in three appearances, she was T6 when the tournament was played at this venue last year including a blistering third round 64.

So far our so-called experts have combined to tip 10 winners in 2020, with 48 of their picks recording top-10 finishes that week and a best return of $29 for Adam Scott to win the Genesis Invitational (tipped by Brendan James and Jimmy Emanuel). 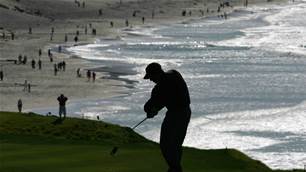