The final event of the shortened 2019/20 PGA Tour season takes place in North Carolina this week. Plenty of last week's major contenders teeing it up in the Wyndham Championship. Here is all you need to know.

COURSE: Designed by Donald Ross, and the only of the legendary course architect’s layouts to regularly host the PGA Tour, Sedgefield Country Club welcomes the world’s best for 38th time this week. Located in Greensboro, North Carolina, Sedgefield opened in 1926 and will play to 7,127 yards, with its small undulating greens among its greatest challenges.

Local hope Webb Simpson is always worth keeping an eye on at Sedgefield, where he has made the last ten straight cuts, won the event in 2011 and is perennially near the top-10.

Simpson was T37 at the US PGA last week on a course that didn’t really suit his game, and has a win on the board since the Tour’s return, capturing the RBC Heritage in June.

A straight driver and reliable ball striker, the former US Open champion’s putting has been very good so far this season and at a venue that rewards accuracy over length, expect the 35-year-old to be in the mix once again. 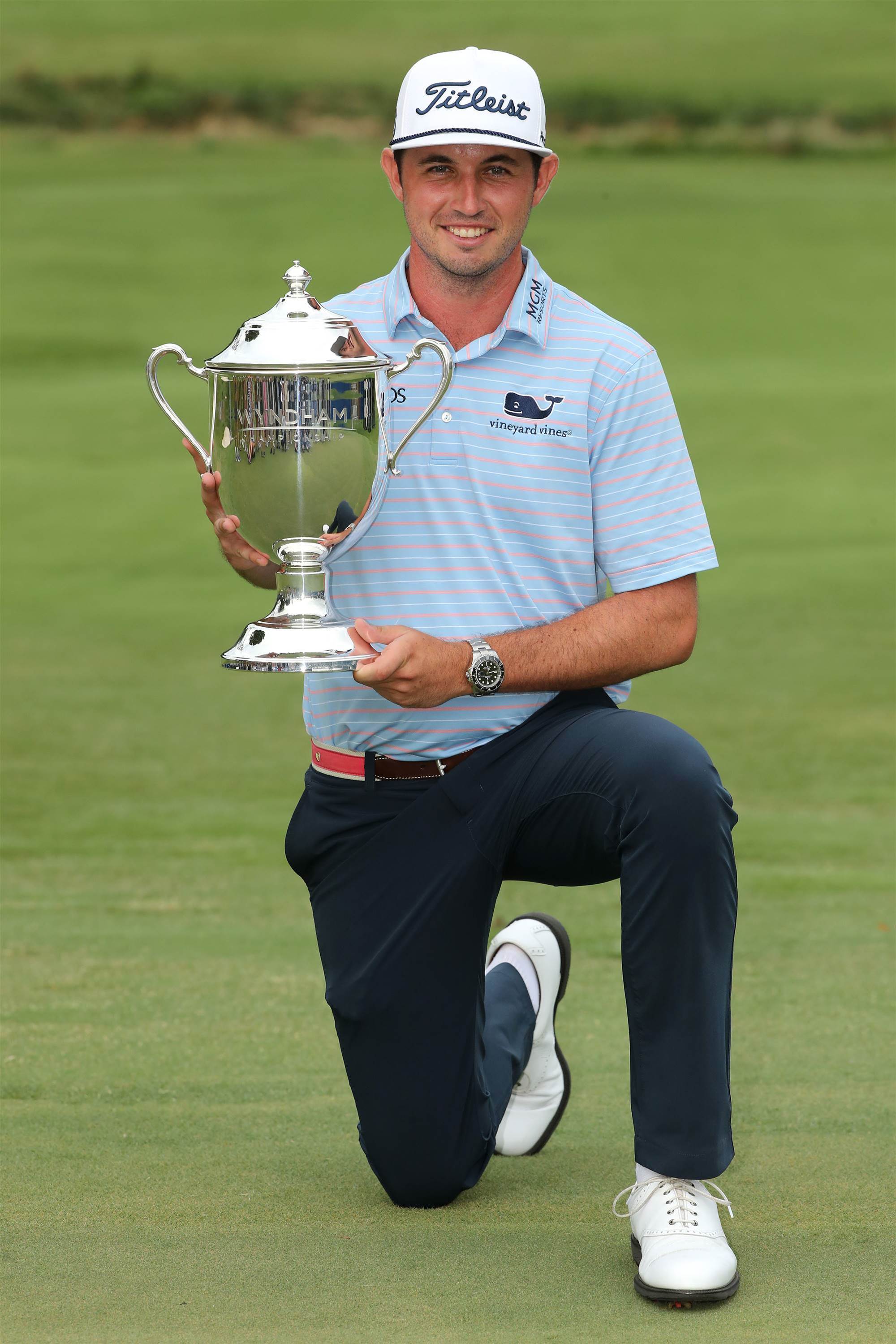 Brooks Koepka looked threatening after three rounds of the US PGA last week, before a disappointing final round, having spent Saturday evening seemingly attempting to get inside the head of Dustin Johnson via the media, saw him finish T29.

RIGHT: J.T. Poston poses with the trophy in 2019 after capturing his first PGA Tour win in his home town. PHOTO: Streeter Lecka/Getty Images.

Koepka is playing far more than usual right now and repeated treatment to his hip last week is reason for concern, however, he was T6 in his last start here in 2015, and his runner-up at the WGC two weeks ago suggests a non-major win could be close.

Justin Rose appears to be finding his game again after his split from equipment sponsor Honma, the Englishman’s 9th last week ending a run of three straight missed cuts.

Rose putted well last week and is consistently among the best ball strikers in the world so should find this week to his likely, despite only teeing it up at Sedgefield once in 2009 where he finished inside the top-10.