Minjee Lee believes the US Women's Open is "anybody's game" as the world's elite golfers confront a beast of a course for the year's second major in San Francisco.

Lee, the Australian No.1, and her rivals are bracing for a treacherous week at the famed Olympic Club, with the Lakes Course layout offering no let up from the moment players tee off on the 483-metre 1st hole.

But Lee, who bounced back to form with a run to the quarter-finals of the LPGA match play last week in Las Vegas, is relishing the challenge and says the course looks very much to her liking.

"The golf course is a lot like Lake Merced – I won the US Girls there, and I just really love San Francisco in general, so it always excites me to come back and visit," the World No.12 told AAP.

"I'm really excited. It's going to be such a challenging week and that's what makes it the most exciting.

"I feel like I have a good chance. I feel like my game is trending in the right direction.

"It's US Open week, it's going to be a tiring week. Just it being a major, I think just you give a little bit more pressure to yourself to perform.

"I'm really excited. I think it's anybody's game at the moment."

Lee, teeing off in an all-star grouping alongside Thailand's former World No.1 and 2018 champion Ariya Jutanugarn and American Amy Olson, suspects there'll be little room for errors.

"The rough is just really, really thick. I'm not sure you can actually get it to the greens. It's just going to be a chip-out, I think," she said.

"So definitely hitting the fairways ... and chipping and obviously putting every week is crucial.

"I definitely think shots into the greens as well (are important), which is everything."

The one-time World No.2 has fallen out of the top 10 after a season of mostly non-contending but was buoyed by her match-play result last start.

"Because it was a match play event, I could really like focus on each shot and play it under pressure, so I think it did give me a little bit of confidence, especially making it to the quarters," Lee said.

"Yeah, it was a pretty solid week."

Lee is among five Australians in the field, joining World No.14 Hannah Green – the country's most recent major champion – along with Sarah Kemp, Sarah Jane Smith and Emily Mahar. 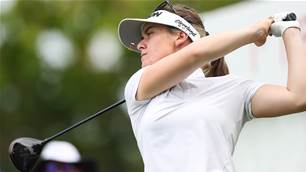 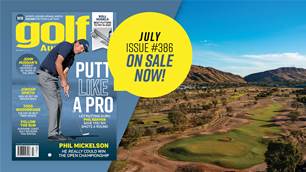