The course dates back to 1923 and today boasts healthy, couch fairways and good-quality greens.

Players enjoy six par-4s and two par-5s, with the lone par-3 the signature hole at East Geelong. The picturesque one-shotter comes in the form of the 4th/13th holes and measures over 190 metres both times around.

Long hitters will be able to reach numerous greens from the tee. But the course generally rewards accuracy over power. 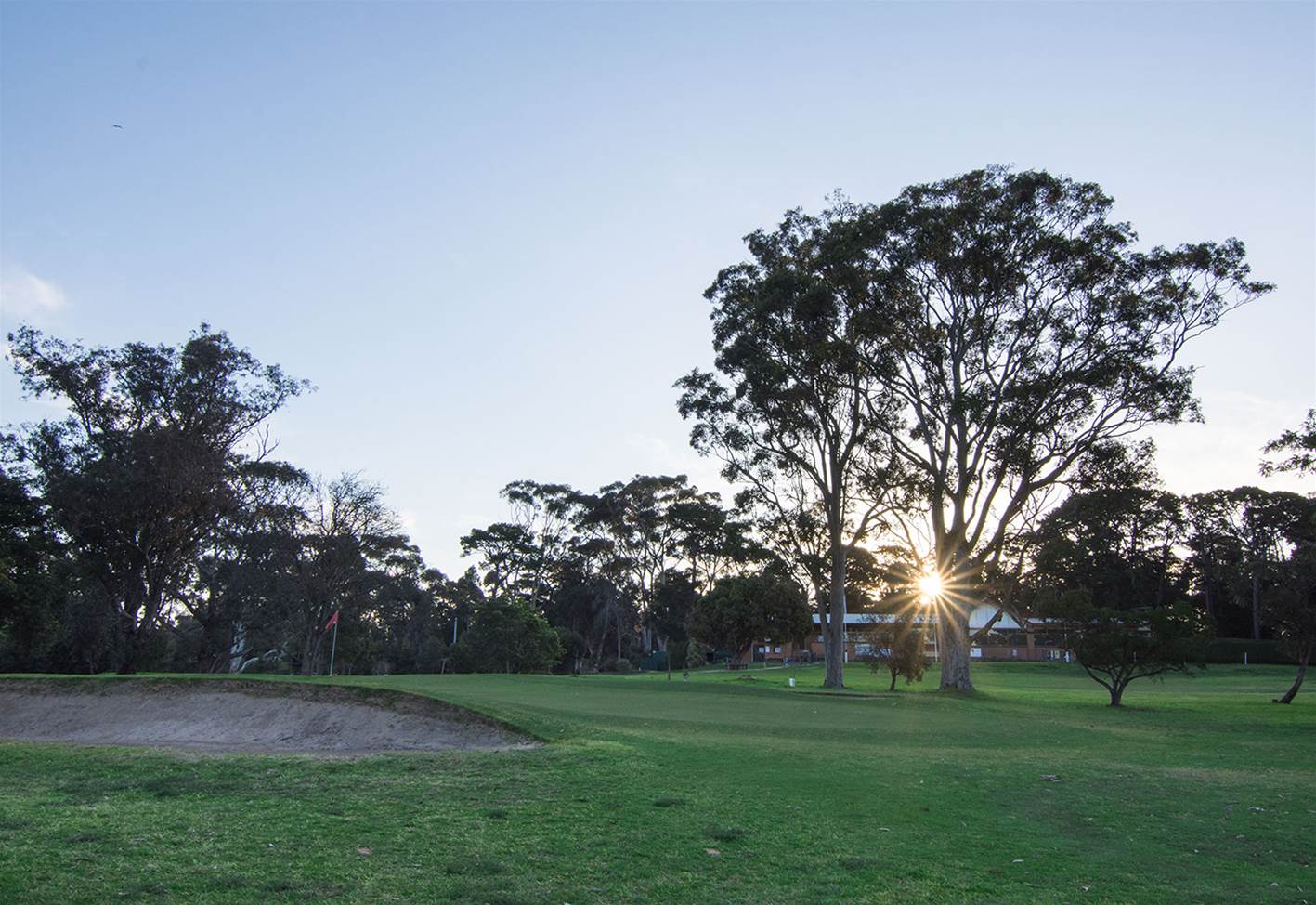 Having closed for more than 10 years, Geelong reopened at the end of 2014 with its
new, nine-hole course, designed by acclaimed course designer Graham Papworth.

A strong offering comes early in the round at the 282-metre 3rd hole. The par-4 plays marginally uphill to the putting surface, which is obscured behind five bunkers with only the flag visible.

One of the real highlights comes at the drivable 7th hole. The 256-metre par-4 is reachable for some players, but if you take aim you will need to fly your tee shot all the way to the green. The target is small and is guarded by a rocky burn, isolating it from the fairway, and cuts between wetlands to the left and a pond to the right. A large bunker long and right of the angled green is best avoided. Located in East Gippsland, Kings Cove is a nine-hole course designed by Ted Parslow, and is central to a large residential development during the past two decades.

It is a modern course, with big putting surfaces giving rise to some dramatic slopes and tiers. Parslow has used bunkering sparingly in his design, especially along the fairways, but they certainly play their role in protecting most greens.

Perched above the township and overlooking Louttit Bay, the current nine-hole layout at Lorne opened for play in 1968 and is home to an array of native fauna, including kangaroos, kookaburras and koalas.

The 480-metre, par-5 opening hole is one of the most talked about holes in the district – and it’s little wonder why. Your tee shot is guided by the hill-top marker. What greets you on the other side is an incredible coastal panorama that extends to the Great Ocean Road, Aireys Inlet lighthouse and beyond.

Shot selection for your second will tempt low markers to go long – but the towering blue gums left and right caution the majority to play conservative to the flattest Lorne fairway many metres below where you stand. An expansive green awaits and produces its fair share of eagles and double bogies. Mt Macedon Golf Club, an hour northwest of Melbourne, is set at the base of its namesake and is known for its wide fairways and abundant wildlife.

Each hole has two tee blocks to create variety, with multiple holes changing by as much as 100 metres the second time around.

Travel 15 minutes west of Port Campbell – along the Great Ocean Road – and you will find Peterborough GC and its nine-hole course.

The clifftop layout was established in 1958 and from the opening tee shot, players are treated to panoramic views of the coast and rugged countryside.

The 164-metre 3rd hole is one of Peterborough’s best. This one-shotter is wedged between heavy rough and out-of-bounds, while the wind plays a significant role most days. Walking off with a par here is an achievement. If you don’t, enjoy the view. Spring Park, on the fringe of the Melbourne Sandbelt, was designed by Sam Berriman, who also created notable nearby courses including Cranbourne, Keysborough and Southern.

In fact, six holes of the Spring Park layout were formerly part of the Southern course.

The 6th hole is perhaps one of Spring Park’s best. Ranked as the hardest hole on the card, this dogleg right 472-metre par-5 demands a long tee shot down the left side of the fairway to leave the easiest second shot. Hitting the peanut-shaped green requires precision. It sits at an angle to your approach and features two large bunkers, one left and another right, which pinch into the middle of the green.

Another strong hole follows and is Spring Park’s shortest. The tee shot at the 105-metre par-3 is played over water and between overhanging trees into the long, diamond-shaped green.