A round of golf is not always about playing 18 holes, nor is it about tough challenges and breaking handicaps.

Golf is meant to be fun and you don’t have to search too far to find a short course – whether it’s a nine-hole layout, an all par-3 course, even a two-club pitch-and-putt – that offers plenty of affordable golfing fun.

Here, we’ve short-listed the 50 short courses from around the nation where you will have a great time with friends and family no matter how good their game is.

Bougle Run (pictured above) only officially opened for play six months ago and is already regarded as one of the best short courses in the world.

The 14-hole layout – consisting of 12 par-3s and two short par-4s – is already proving as popular as its older siblings, Barnbougle Dunes and Lost Farm.

Designed by Lost Farm creator Bill Coore, Bougle Run is all about fun golf for players of all abilities as it twists and turns over and through dramatic sand dunes.

One of the highlights of a Bougle Run round is the first of the two par-4s. At 253 metres, and slightly downhill, the 4th is easily reachable. The tee shot must carry a scrub-filled chasm to reach the fairway, which is littered with bunkers on a direct line to the receptive right half of the green. You can, however, play left off all the sandy trouble, but it will leave a more difficult short pitch to the flag.

Forward tees, even on the 4th, were specifically created to allow novices and beginners to play the hole with a putter. Brilliant!

Covering rolling and sandy terrain, the Flinders Island course enjoys picturesque views over Bass Strait to the west and the island’s rugged interior to the east.

This links layout is a wonderful design – kneaded and pushed into shape primarily by Mother Nature – that is well-exposed to the wind adding plenty to the challenge. Apparently, the layout – which runs primarily north and south with some sharp doglegs – has only been parred (as 18 holes) once in the past four decades.

Drive as far as you can north of Launceston, on the western side of the Tamar River, and you will eventually roll into the beautiful seaside village of Greens Beach.

Lying in the centre of town is the Greens Beach GC, home to one of Tasmania’s most enjoyable nine-hole courses.

The natural bumps and swales of the terrain laid the foundation for a simple but challenging layout, that is great fun for all players. 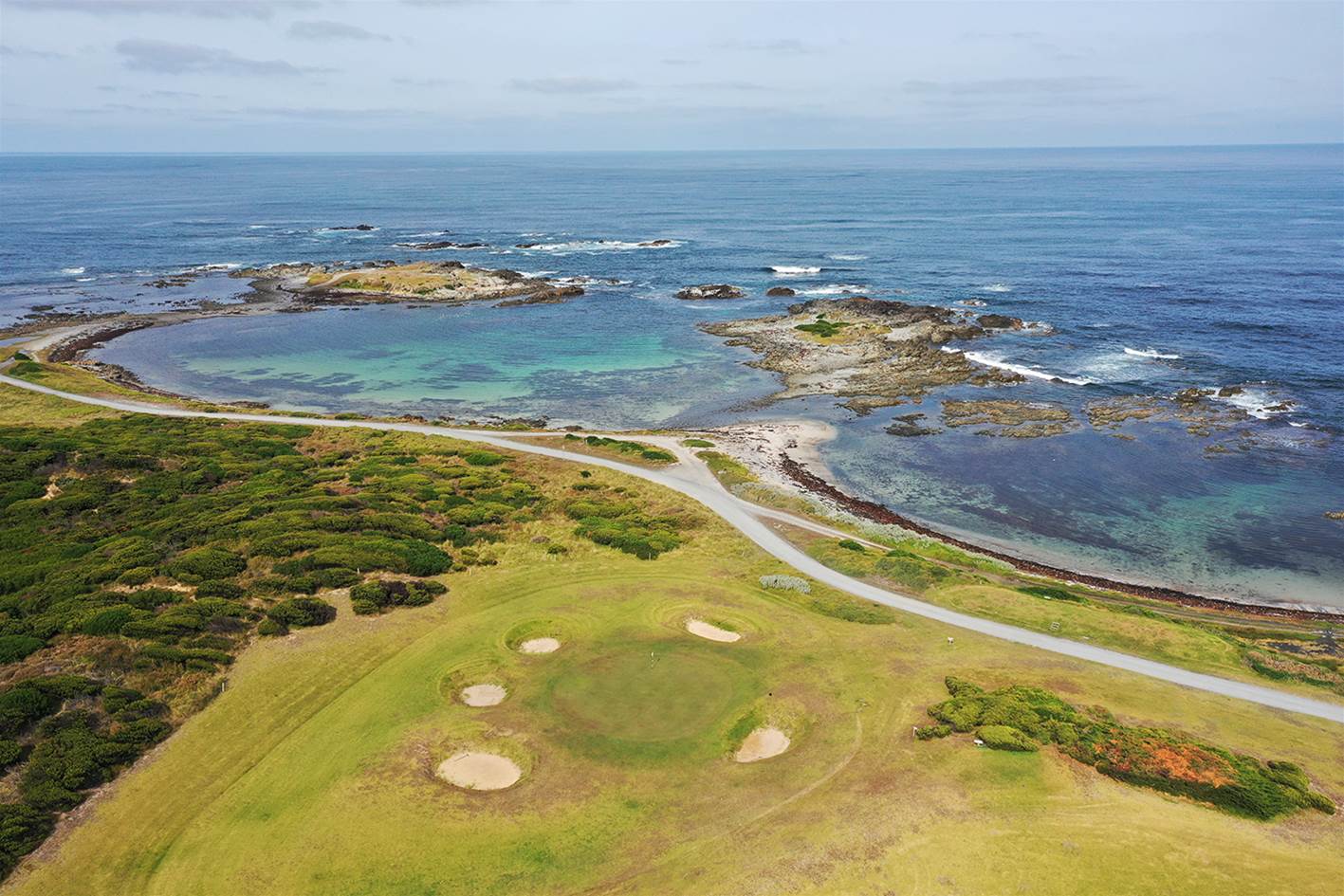 The King Island Golf and Bowling Club will celebrate its 90th anniversary in 2022, but its only in recent years that it has become more widely appreciated.

The opening of Cape Wickham in 2015 and nearby Ocean Dunes the following year not only put the little Bass Strait island on the global golfing map, it also led a legion of golfers to discover the aforementioned nine-hole links gem.

And what an impression it has made. Long considered one of Australia’s top short courses, King Island G&BC was recently named among the best nine-holers in the world by an American golf publication.

The course – with 12 greens and alternate tees for both nines – covers rolling links land, exposing all its holes to the violent antics of the Southern Ocean’s ‘Roaring Forties’ winds.

The opening two holes set the scene for a fun round. The first drive is blind to a fairway angled away and off to a green set hard against the base of a long sand dune. It’s not by any means the most difficult par-4 you will play but it is a lot of fun.

The same can be said for the 2nd/11th, which plays along the ridge of the aforementioned sand dune. The fairway is wide enough but the player who is too aggressive will watch as their ball bounds off the firm fairway into the rough, only to be left with a difficult shot into the smallish green, which slopes markedly from left-to-right and is cut into the edge of a high dune.

By the time you reach the holes nearest the shoreline, you’ll be trying to work out if you have time for another nine. Of course, you do!

Quamby Estate is a boutique homestead surrounded by a nine-hole course, which offers panoramic mountain views in almost every direction during a round.

The estate was the ancestral home of Tasmania’s first-born Premier, Sir Richard Dry, and has been beautifully restored throughout, while the course surrounding the homestead has another knight – Sir Richard Branson – as its No.1 member.

Designed by one of Australia’s greatest ever amateurs, Peter Toogood, and built by local Ian McFarlane in the early 1990s, Quamby is an easy-walking par-37 with just one par-3 – the 158-metre 2nd hole. Here, the tee shot must carry the edge of a small lake and a huge bunker stretched across the front edge of the large putting surface.

The fairways are lined by large mature pines, oaks and a host of other species, while there are lakes, ponds and strategically placed bunkers adding to its scenic beauty. 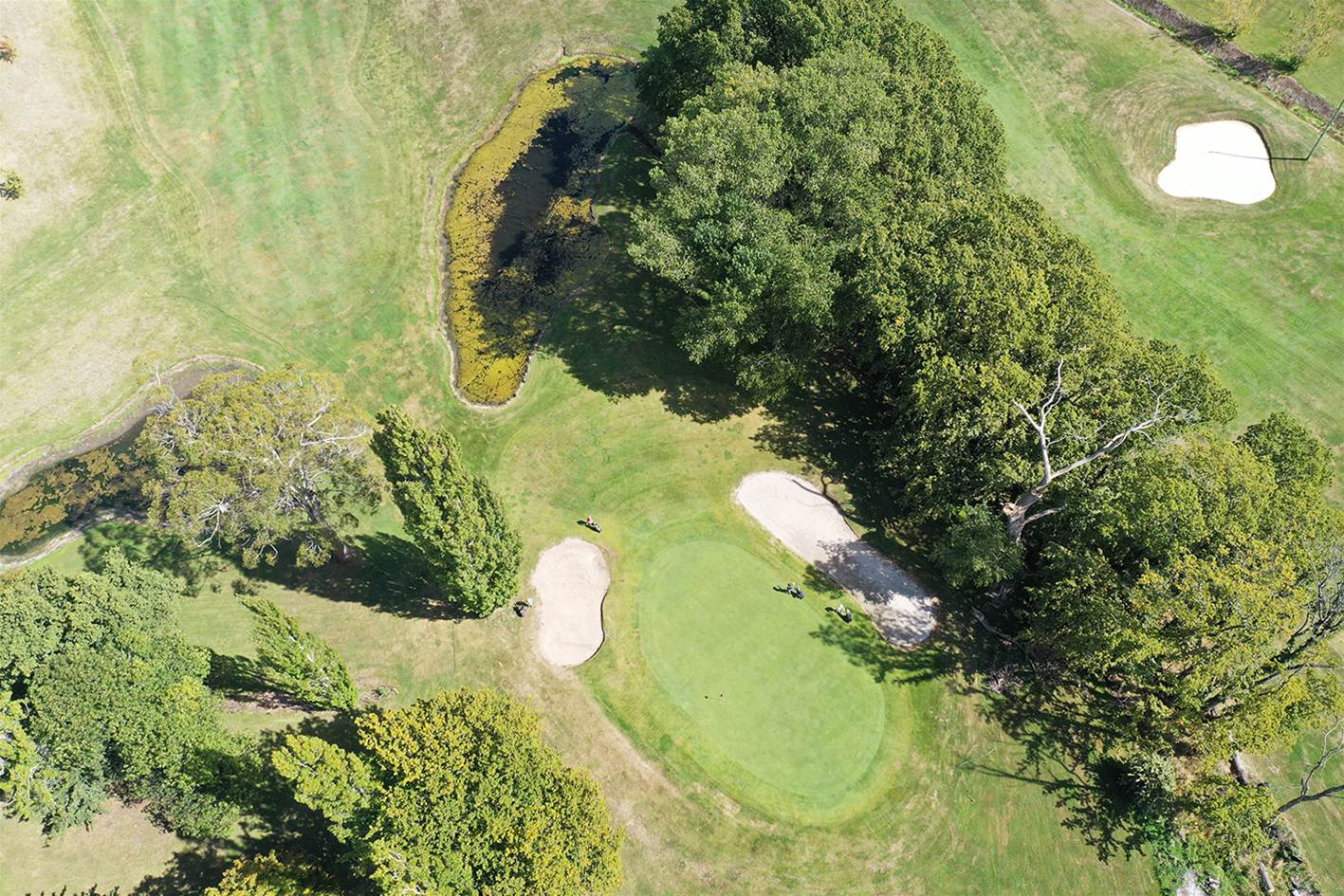 Wynyard Golf Club is wedged between Bass Strait to the north and the Inglis River to the south about 30 minutes’ drive west of Burnie on the Tassie north coast.

It is a seaside course, perhaps more
tree-lined than a traditional links, but a links nonetheless.

Once you reach the back of the beach, beyond the green on the par-5 1st, you will find holes reminiscent of some small, quirky Scottish links courses that hug the edge of the North Sea.

The 354-metre par-4 2nd and the short par-4 3rd are two dogleg right holes that closely follow the shoreline to the right. On the windiest days, drives here may need to start their flight over the beach to find the middle of the fairway.

Mawson Lakes was extensively redesigned by acclaimed course architect Neil Crafter as part of the multi-million-dollar sports precinct development at the University of South Australia.

Since the project was completed in 2013, the bentgrass greens and kikuyu fairways have improved significantly, while the strategy of the layout has also been enhanced.

The par-4 3rd hole forces players to shape their shots and the par-4 6th features water down the left from tee to green. But the drivable, 260-metre par-4 9th is arguably the most enjoyable hole.

Regency Park was first established in 1977 and has gained a reputation for offering good-quality playing surfaces and an enjoyable range of holes.

Course architect Neil Crafter has improved the quality of the holes in recent years and today it is an easy-to-walk course that appeals to everyone from beginners to more established players with its generous fairways, interesting and challenging green complexes and large bunkers. 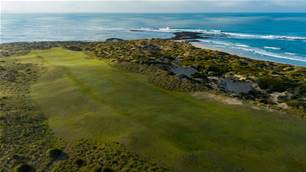