Lying next to the world-renowned Freycinet National Park and beautiful Wineglass Bay, the Freycinet course is two-and-a-half hours’ drive from Hobart and Launceston.

Designed by Bill Husband, the layout has an equal number of par-3s, 4s and 5s making it a challenging and fun round for golfers of all abilities. Even if the course is winning, you will enjoy the views.

The layout opened for play in 1994, having been designed by Peter Toogood, who was obviously inspired by the heathland and links courses of Great Britain.

The par-4s and 5s ask questions from the tee and there are at least two playing lines offered on each. This aspect of the design makes it a fun course to play.

Quamby Estate is a boutique guesthouse less than 30 minutes’ drive from Launceston, which is surrounded by a nine-hole course designed by one of Australia’s greatest ever amateurs, Peter Toogood.

Arguably the best hole is actually its shortest offering and the only par-3 at Quamby – the 158-metre 2nd hole. Here, the tee must carry the edge of a small lake and a huge bunker stretched across the front edge of the large putting surface.

Laid out on sandy terrain on the edge of Bass Strait and about 60 minutes’ drive north of Launceston, Greens Beach is regarded as one of Tassie’s most challenging nine-holers.

Very little earth was moved when the course was created in 1950, instead the natural bumps and swales of the property were exploited to craft some memorable holes.

There are few better examples of this than what you will find on the 8th hole, which plays as a par-3, but is a much better hole when played as a 287-metre par-4 on the second loop. Its crumpled fairway leaves no flat lies for the approach shot into a putting surface surrounded by hummocks and hollows with Bass Strait to be seen off in the distance. It’s a wee gem. 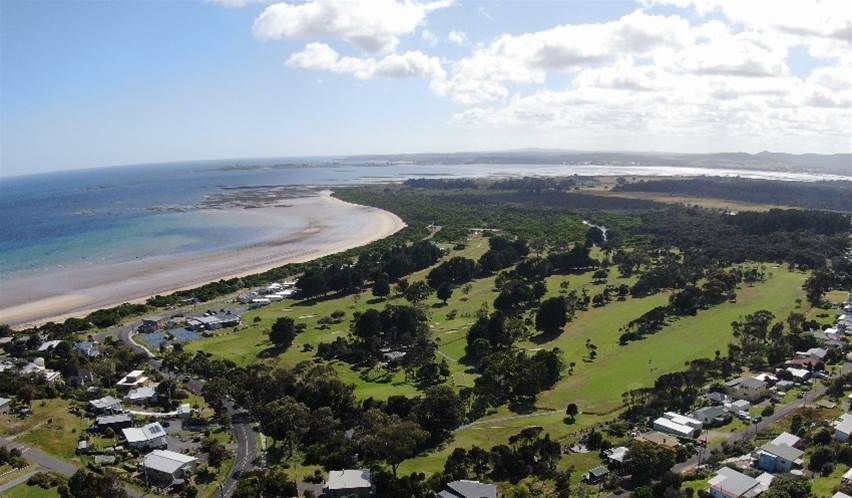 Long before Ocean Dunes and Cape Wickham put King Island on the international golfing map, there was the island’s original nine-hole layout.

Located just south of Currie’s main street, there are many who believe the course of the King Island Golf and Bowls Club is one of, if not, the best nine-hole layout in the country.

Established on its current site in 1932, King Island features 12 greens as well as alternate tees for both nines covering rolling sand dunes. 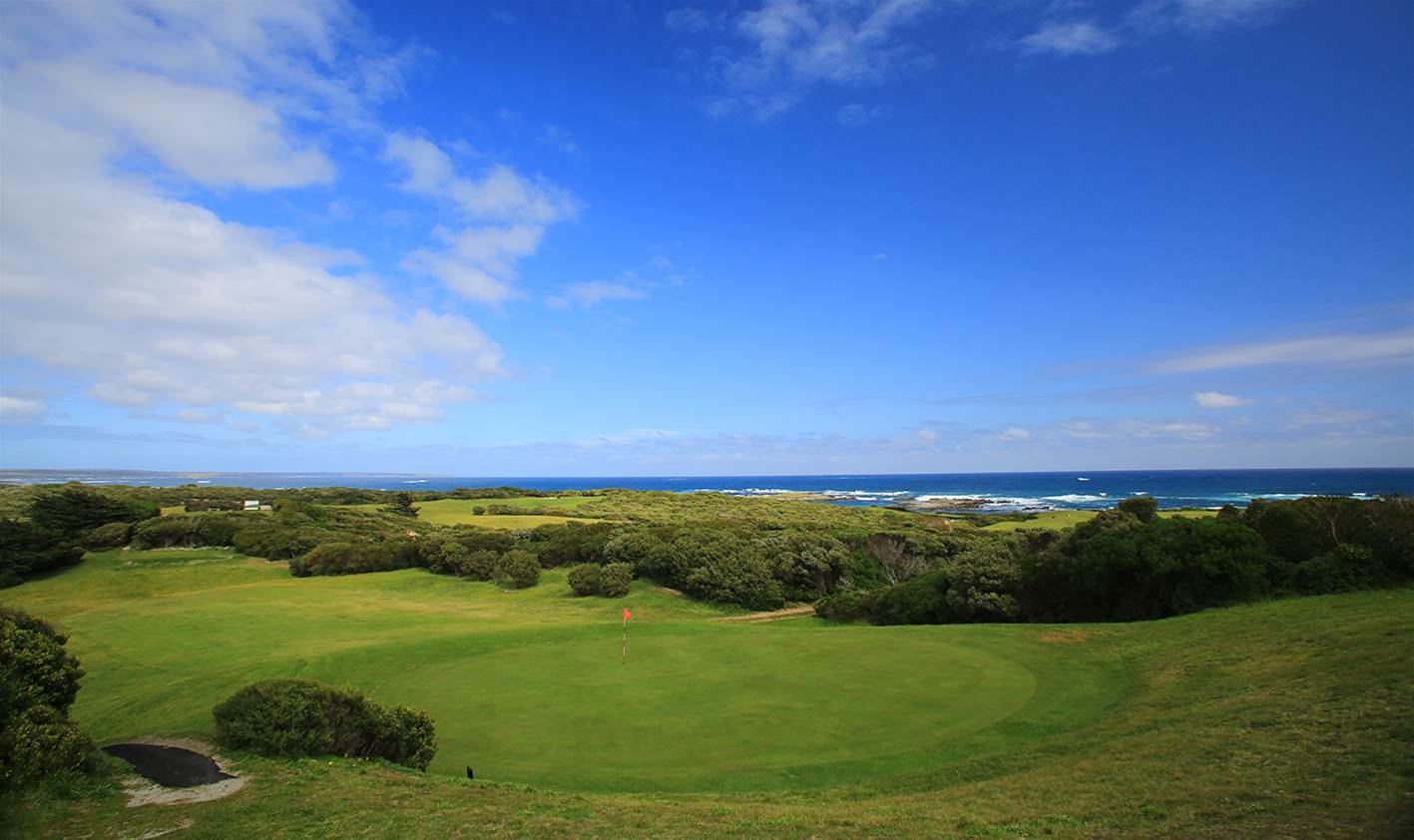 The opening six holes cover a sand based landscape, while the remaining three holes
wind back to the clubhouse through sparsely tree-lined fairways.

Of the three par-3s, the 155-metre 9th might be its most interesting with three bunkers flanking the angled, almost kidney-shaped putting surface.

One hole offering the best views from the headland is the 74-metre par-3 7th hole. The tee of the diminutive one-shotter is in the trees, while the green is exposed to the breeze thus complicating any tee shot hit high into the air.

The view is at its best on the tee at the 124-metre par-3 8th where you must hit your tee shot across the waters of Point Puer to a green on the other side of a rocky gorge.

Wynyard Golf Club dates back to 1924 and is a laid out on a peninsula between the waters of Bass Strait and the Inglis River on the Tasmanian north west coast.

It is an enjoyable links course with the 275-metre par-4 3rd one of its most interesting. The dogleg right fairway slopes down to the beach and causes concerns for the right-handed slicer. Into the prevailing westerlies, this hole can play up to 100 metres longer.