In the wake of the NBA suspending its season today and America’s ban on inbound travel from Europe due to the continuing spread of coronavirus (COVOID-19), is a Masters without galleries a viable option?

Coronavirus, beyond its health implications for those infected, is having a profound effect on major events, sports and businesses around the world.

The NBA announced today that at the conclusion of Wednesday night’s games (US time) the season would be suspended after it was revealed a Utah Jazz player tested positive to the virus.

A short time later, US President Donald Trump announced all travel to America from Europe would be suspended, while perhaps the most high-profile infection was unveiled as Tom Hanks, currently in Australia to film a movie.

Implications for golf and the year’s first major, which begins on April 9 are wide ranging.

The PGA Tour’s flagship event – The Players Championship – is taking place this week at the circuit’s headquarters in Florida, likely delaying any further announcement from Augusta National. The club’s committee released a statement last week that its full schedule of events – The Masters, Augusta National Women’s Amateur and the Drive, Chip and Putt Championship – would still take place, at least until their close ally’s moment in the sun has passed.

Could the 2020 Master be played without patrons and their famed roars at Augusta National. PHOTO: Andrew Redington/Getty Images.

However, the European Tour has announced the cancellation of two more events leaving an eight week gap from last week’s Qatar Masters until the next scheduled event in Spain. Austin, the Texas city hosting the World Golf Championships Dell Matchplay, is the PGA Tour’s final stop before The Masters but local authorities have banned large events with crowds until May 1.

The areas of concern for golf tournaments are wide ranging, making these decisions more difficult. Beyond players, caddies and officials, there are the fans, volunteers, security, media and many more people on site each and every week who could both spread the virus or contract it. The former offering the potential to liability law suit questions.

At TPC Sawgrass this week, Ian Poulter has ceased signing autographs due to his own concerns, yet the Tour is yet to make a significant change to its schedule or the number of people on the ground at the US$15 million tournament.

“We fully expect that the tournament will be held in Austin,” Monahan said on Tuesday. “When you see these cancellations, they happen for different reasons, some of which aren't applicable to us.”

For Augusta things are perhaps even more unclear.

"Does a Masters played in front of no one, perhaps not even the media to report on the day’s play, damage the 2020 Masters as a piece of history?"

The European travel ban will be unlikely to effect the field in any way, with the majority of European-based players exempt already in the United States for The Players and other tournaments in preparation. However, having been at last year’s Masters, the vast majority of nations around the world are represented among the patrons. So too the assembled media.

Augusta National will no doubt want to press ahead with what is arguably the biggest golf tournament in the world. But with many ticket holders unable to reach Georgia and those able to attend mixing in close quarters, is playing the event without a crowd a possibility? And will the club be happy to absorb the huge financial loss that such an occurrence would cause?

The merchandise building at Augusta is one of the busiest places all week with every visitor from players to patrons grabbing a souvenir. The stock is surely already delivered and almost on the shelves with the prospect of no people to buy it.

There is also the significant number of staff each and every year. From information guides to food and beverage staff and everything in between. Will these locals be happy to work with the threat of even one person attending the tournament having picked up the virus before arriving?

As a city, Augusta takes an enormous annual dividend from The Masters. Local accommodation filling up months and even years in advance at greatly inflated prices. Local bars and restaurants along Washington Road filled to the brim each and every night of tournament week. The effect of a cancellation on the local economy is surely a consideration too.

But what of the atmosphere of actually going ahead with the tournament without the patrons lining the ropes ten deep to watch Tiger Woods make a Sunday charge?

The roars that flow through the course are famous and oft spoken of as having an influence on first timers in the negative and playing into the hands of veterans like Woods and our own Adam Scott.

Having personally experienced it, there is a difference to a Tiger roar than a standard birdie or eagle cheer when standing above the 18th green looking out over the entire property. Perhaps hurting Tiger’s advantage at his favourite hunting ground.

Does a Masters played in front of no one, perhaps not even the media to report on the day’s play, damage the 2020 Masters as a piece of history?

The official film that is watched by millions for years to come would possess an eerie atmosphere. The eventual winner would certainly have a unique story to tell, but would they look back at what could be their greatest career achievement with mixed feelings?

Personally, I know I will be staying glued to the continually evolving sporting landscape caused by coronavirus until my flight in early April hits the ground in Atlanta and I take up my place in the media centre alongside a European based journalist I hope might have already made the jump across the pond. 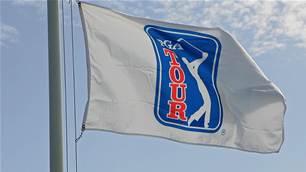 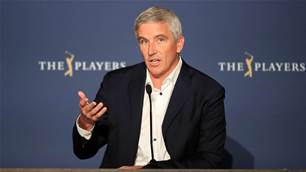