PGA Tour commissioner Jay Monahan says there is no intention to cancel or move golf tournaments in the wake of the Coronavirus outbreak, after reports suggested the US PGA Championship may not go ahead in San Francisco.

The death toll for the COVID-19 outbreak has reached 27 in the US while prompting the cancellation of events from the St Patrick's Day parade in Boston, Massachusetts, to the South by Southwest music festival in Austin, Texas.

South by Southwest was to be held from March 13-21, one week before the PGA Tour's US$10 million World Golf Championships-Match Play event in the same city.

"We fully expect that the tournament will be held in Austin," Monahan said on Tuesday ahead of the Players Championship.

"When you see these cancellations, they happen for different reasons, some of which aren't applicable to us."

There has also been speculation that the US PGA Championship, one of golf's four majors scheduled for May 14-17, will relocate from San Francisco's TPC Harding Park course.

San Francisco has temporarily banned gatherings of more than 50 people at publicly-owned venues and TPC Harding Park is owned by the city.

Media reports have suggested that the US PGA Championship, which is run by the PGA of America body, could be staged at TPC Sawgrass in Florida – site of the Players Championship.

While Monahan denied that was in the pipeline, he did not rule it out.

"There is no plan at this point in time for the PGA Championship to be held here," Monahan said.

"But when you get in these extraordinary circumstances, you have to make yourself available to your partners and work closely together to help each other get through this."

The elite Players Championship, considered golf's unofficial fifth major, starts on Thursday with its largest-ever purse of US$15 million, of which the winner will receive US$2.7 million.

Monahan, who succeeded former commissioner Tim Finchem in January 2017, said the Players' purse could grow to US$25 million in the future.

He also predicted the US Tour's season-long FedEx Cup prize pool could grow from US$70 million to US$100 million.

"I see us getting to $25 million," Monahan said of the Players Championship.

"There's a day in the not-too-distant future where the (FedEx) Cup will be worth perhaps $100 million or more.

"That's not a commitment, but that's the kind of growth that I expect to see."

Piercy shared an Instagram meme with a homophobic slur directed at Pete Buttigieg, who is openly gay, after he dropped out of the 2020 Democratic presidential race.

"My reaction was one of significant disappointment," Monahan said. "That post does not convey the values that we have as a tour.

"I'm not going to speak to the disciplinary action, but it's something that we take very seriously." 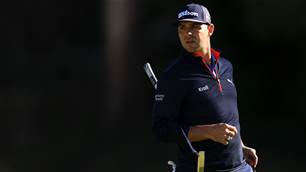 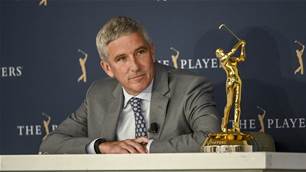 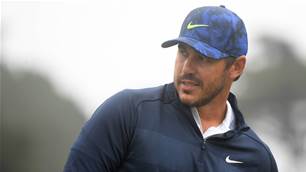