The back nine at The Lakes begins with one of the most treacherous short two-shotters in the land. A heavily grassed and treed sand dune lines the left of the hole and a steep slope down to marshland, which is out-of-bounds, flanks the right edge of the fairway. The narrow fairway squeezed between these two hazards (and some fairway bunkering) is exposed to the wind, creating further complications. 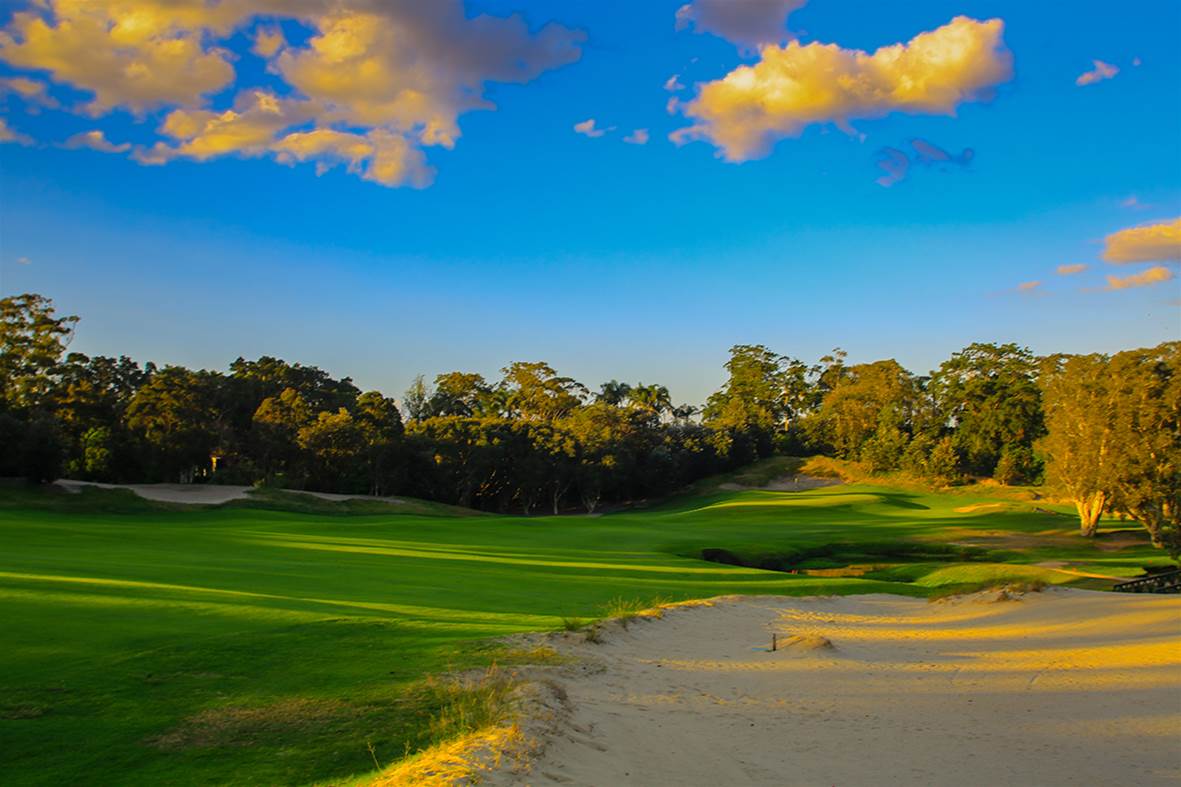 The perched, narrow green of this downhill two-shotter has been controversial since coming into play after a redesign more than a decade ago. The fairway is generously wide but the best line into the green is alongside the pond near the right edge of the short grass. If you miss this ideal narrow corridor into the green, you will need to hit a brilliant pitch to have a chance at making birdie.

This is an underrated offering in the run back to the clubhouse at The Vintage. Standing on the tee, the view is dominated by a lake left and deep Greg Norman and Bob Harrison-designed bunkers right with the fairway winding between. The right half of the green is secreted behind a mound, which dictates that the best line into the green is from the left … near the water. 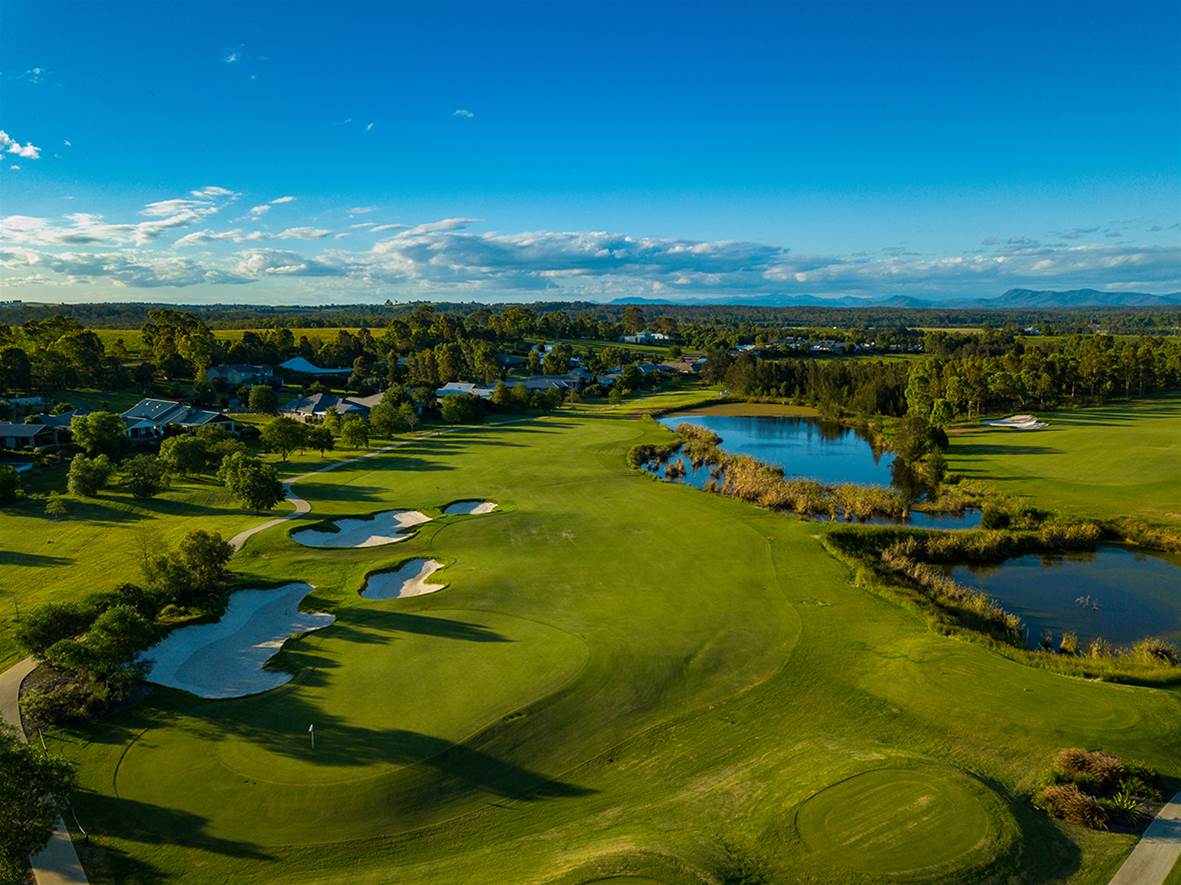 Barwon Heads’ opening hole eases you into the round with a generously wide fairway that narrows the closer you get to the green. A drive finishing short of the second fairway bunker left will leave a slight uphill shot to a wide green with a false front, so there are plenty of demands on correctly judging the distance of the approach.

Length means nothing and accuracy from the tee is everything here, simply due to the shape and slope of the green. The best angle of approach is from the right edge of the fairway, having avoided the trees and shrubs that encroach from the left about 50 metres short of the angled green. 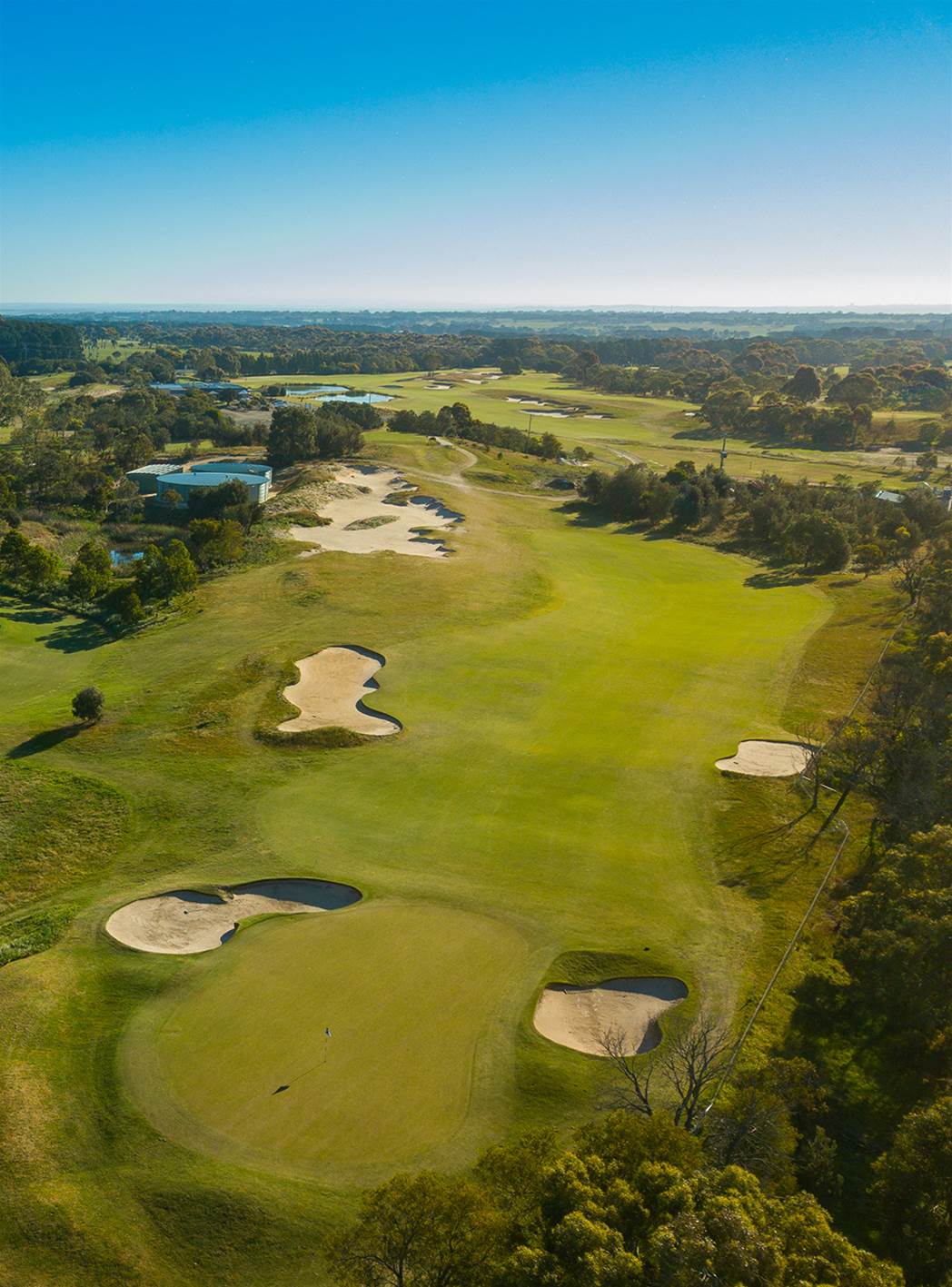 From the tee perched above the fairway, you can see the green as well as all the trouble en route. Big hitters will also note they can carry a massive fairway bunker on the right of the fairway by taking an ‘as the crow flies’ route to the green (pictured right). But any aggressive play from the tee is fraught with danger as an out-of-bounds fence is just metres from the left edge of the fairway.

Flinders Golf Club is an underrated gem of the Mornington Peninsula and its most famous hole, the 4th known as the Coffin hole, was designed by Dr Alister MacKenzie during his 1926 Australian visit. There is no water or sand here, just two deep gullies – or coffins – that need to be carried with the tee shot, and the second by a short iron approach.

Sand, and plenty of it, is the defence here. The fairway gets tighter the closer your ball gets to green. Fairway bunkers left and right are easily reached, while four more massive bunkers ring the deep, narrow green. Earlier in the round, take note of the pin position so as not leave yourself an impossible putt on a very difficult putting surface. 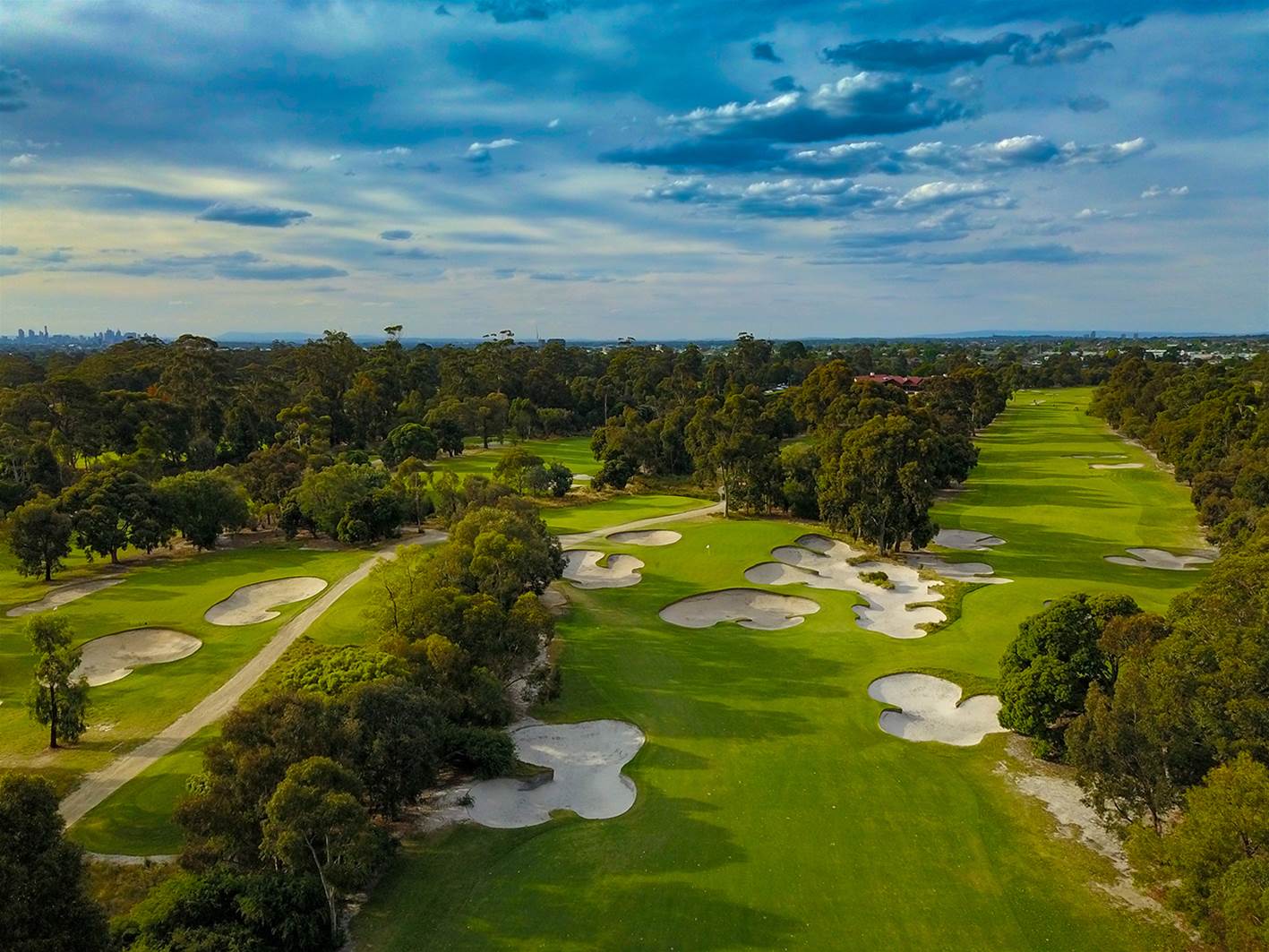 Seems harmless, but you’ll discover that’s only if you keep your tee shot on the short grass. The small green is reachable for the foolhardy big hitter but success is unlikely given the deep bunkers guarding the putting surface, and the thick ti-tree left. An iron from the tee leaves a pitch to a green offering few one-putts from the high side of the cup.

This short dogleg left two-shotter encourages most players to leave the driver in the bag. While the fairway is generous, position is vital for the best angle to attack the pin with the right side leaving a good line to any pin position. But beware, the tee shot is blind over a small hill.

This diminutive two-shotter doglegs sharply right around several deep fairway bunkers, which have provided plenty of Australian Open drama. Bob Shearer (1979) and Ian Baker-Finch (1986) both drove into the bunkers and made bogies ending their runs at the title. The pin placement dictates the best place to play to from the tee with the most difficult pin to get close to being behind the front right bunker, when the flag is there it’s often easier to approach from 70 metres than it is from 30. 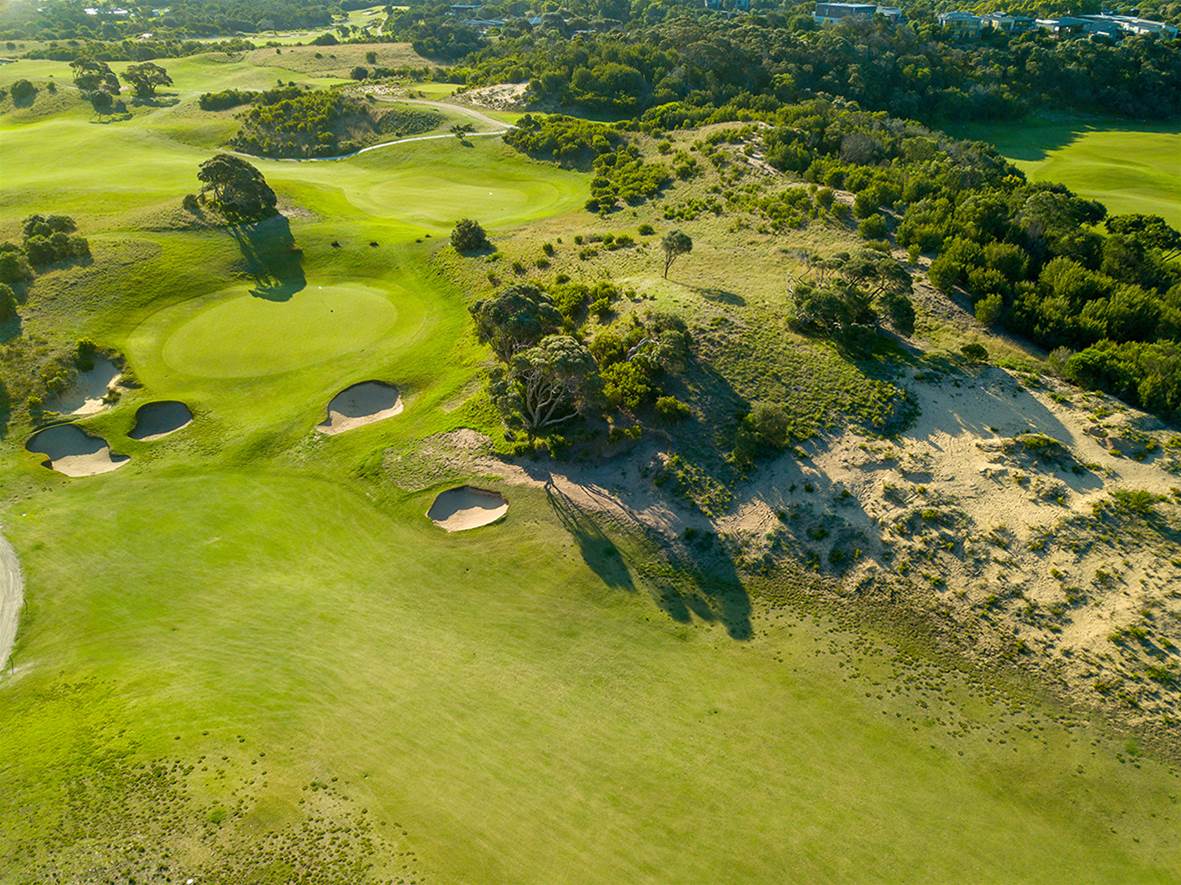 This driveable par-4 is named after South African legend, Bobby Locke. Six bunkers can be found en route, with three near the huge putting surface, while the edges of the green slope towards its middle. The subtle slopes of the green can be difficult to read, which Locke would have enjoyed.

Players have plenty of options here. Three expansive bunkers face the player and their diagonal formation can vary the playing line by almost 60 metres, depending on your choice of club. For those not wishing to carry the sand there are two choices. Either they can play to the right and down to the corner of the dogleg or fly up the alternate fairway cut to the left of the bunkers. When standing on the tee, you have to be thinking of your preferred second shot. 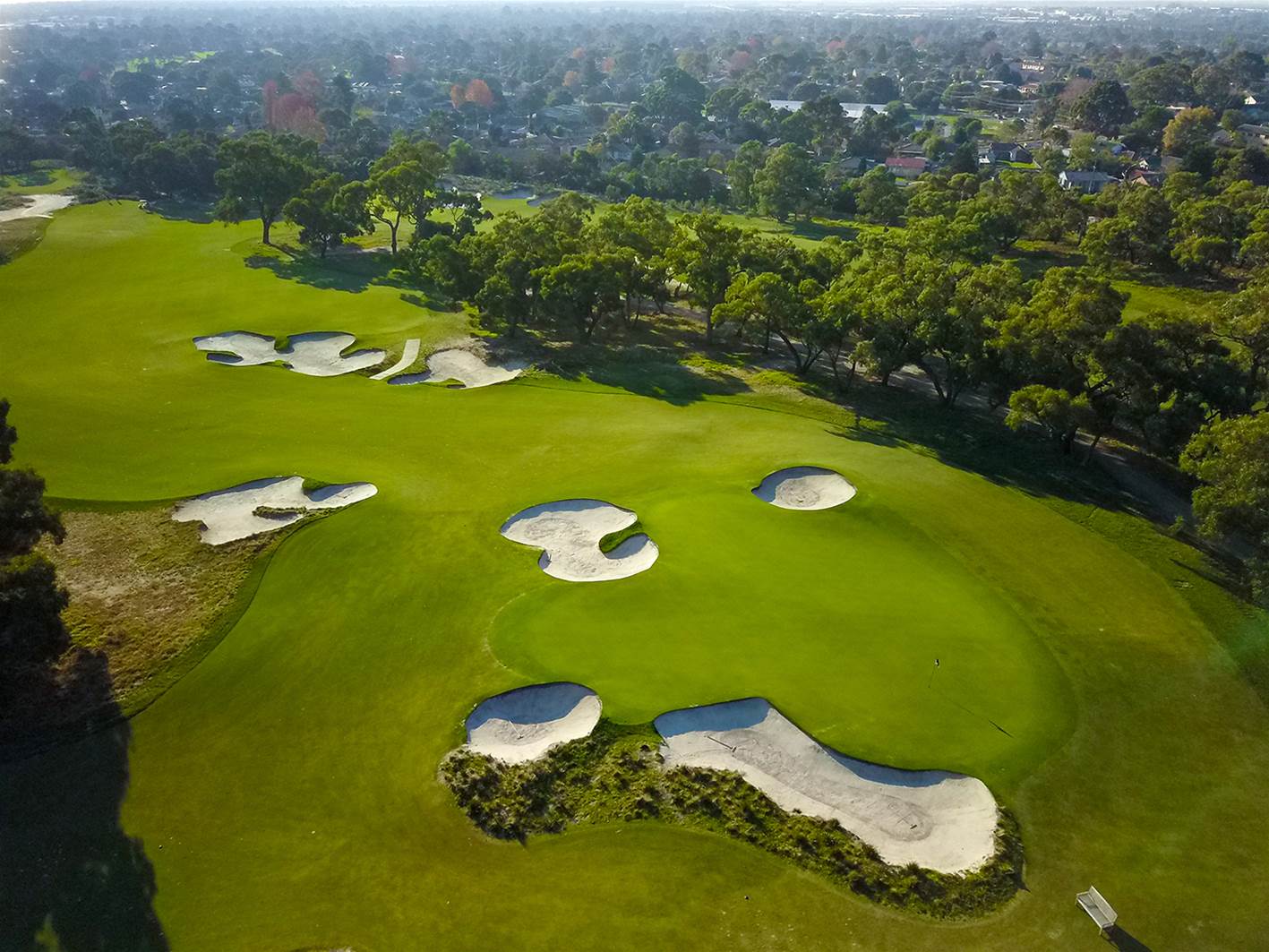 The diagonal left-to-right line of the fairway and greenside bunkers force all but the longest of hitters to make a choice of both playing line and club from the tee. The wide green has difficult pin positions in both the left and right wings and the best line for the drive is left when the pin is right and right when the pin is left.