Another fine example of a short par-4 that has been created with minimal change of the landscape during construction. The fairway runs along a ridge above the tee and is wider than it appears. Known as ‘Little Devil’, the hole is best played along the higher, right edge of the fairway to avoid an awkward approach over a nasty scheme of bunkers short and left of the green. The closing hole climbs uphill to the clubhouse and features two unique diagonal bunkers that form an upside down ‘V’ across two-thirds of the fairway. This obviously raises some questions about the route to take to the green, and this should be decided by the pin position on the multi-tiered, boomerang-shaped green.

Mike Clayton’s design presents a tempting proposition from the opening tee shot. Depending on the conditions of the day, the green can be reached from the tee but most of us would be better served by plotting a course in the left half of the fairway and leaving a wedge into the slightly raised and well-bunkered green.

Played over a small hill, then down and slightly left to a green, which slopes markedly from front-to-back and left-to-right. When the putting surface is firm, the approach shot is one of the most testing on the layout. A poor pitch here will see your ball skip through to the back of the green.

One of the world’s best short par-4s. The line to the green is over a huge bunker; clear that and you are still at the mercy of the vagaries of bounce thrown up by undulations 30 metres short of the putting surface. Short lay-ups leave you no view of the putting surface, while getting too cute with a safe straight line can see you through the fairway and into the ti-tree, from where par is improbable. The pin position on the small, steep tilting green dictates the strategy from the tee here. The wide fairway boasts an expansive bunker right, which is shared with the 8th hole of the West Course. Driving over this bunker is just one of several options for playing the hole. Whatever you choose, the deep bunker front right of the green must be avoided.

Played up and over a hill, the fairway follows the natural terrain and determines the best side to approach the green is from the left as a hanging lie will surely be found on the right. What isn’t apparent for the second shot is the significant front-to-back slope of the well-bunkered green.

This hole was one of the first designed at St Andrews Beach by Tom Doak, who was drawn to this hole location by the giant blow-out sand dune lining the left edge of the approach. A centre-line bunker carved out of the inclining fairway halfway to the green, leaving two routes to the green. Left is conservative and leaves a straightforward approach, while right has its sandy risks but offers a better view of the putting surface. For some the temptation is too great here. With a tailwind, the green here is reachable or, at the very least, you can be left with little more than a short pitch. Driver may not be the club though, as the test here is keeping your ball out of the huge valley on the right side of the fairway. Keep your ball left, and the approach is relatively simple … go right and you will not be able to see the flag for your approach.

Players who can smack their drives more than 225 metres have a distinct advantage on this hole. The ideal driving line is over the bunkers that cut the fairway in two. This leaves a short approach to a shallow two-tiered green, which is guarded by six bunkers – three left and another three, short right.

The long hitter has the option of trying to drive the green – either as the crow flies or hitting a right-to-left shot around the bunkers – while others can play wide right or lay-up short of the deep bunkers. Tom Doak’s new design brings the course boundary more into play and comes with a few metres of the back of the putting surface. Doglegging left and south towards the sea, the 17th fairway lies along a ridge and narrows the closer you get to the green. The green is a slim target with bunkers set below and slightly away from the fringe of the putting surface, which adds to the need to be accurate with your short second shot as recovery shots here are very difficult.

From the blue markers this is a terrific short two-shotter (from the back pegs it
is 25 metres longer) where the tee shot
needs to carry rolling duneland to reach a saddle-shaped plateau. Choose your second shot club carefully to avoid the three bunkers short, and out-of-bounds back right.

There is a 30-metre difference between the blue and black back markers. From the shorter blue tee, this is a fun hole for all players, who can fire at the green over the corner of the dogleg right or take the slightly longer route left, which leaves a more difficult second shot to an obscured green guarded by a sandy wasteland to the right and a bunker left. An incredible natural hole (pictured right) crafted by Tony Cashmore, played over the edge and alongside a wetland and featuring 11 bunkers – seven wedged between the middle of the fairway and water, and another four near the green. Cashmore’s wide green entry will be too tempting for long hitters but they’ll need to carry their drive more than 250 metres if they want to pull off the tough shot.

One of the shortest par-4s on the Melbourne Sandbelt, Victoria’s opening hole is a birdie opportunity for most players. But don’t be lulled into complacency. Sandy wasteland and a series of bunkers near the green can quickly turn an aggressive play into a bogey or worse.

A wonderful short par-4 that entices longer hitters into hitting driver to reach the putting surface, although the perfect shot is required to do so. Bunkers all along the left edge of the fairway still trouble players who lay up, while go-for-brokers will mostly have to pull off the hardest shot in golf: the 50 metre-plus bunker shot. 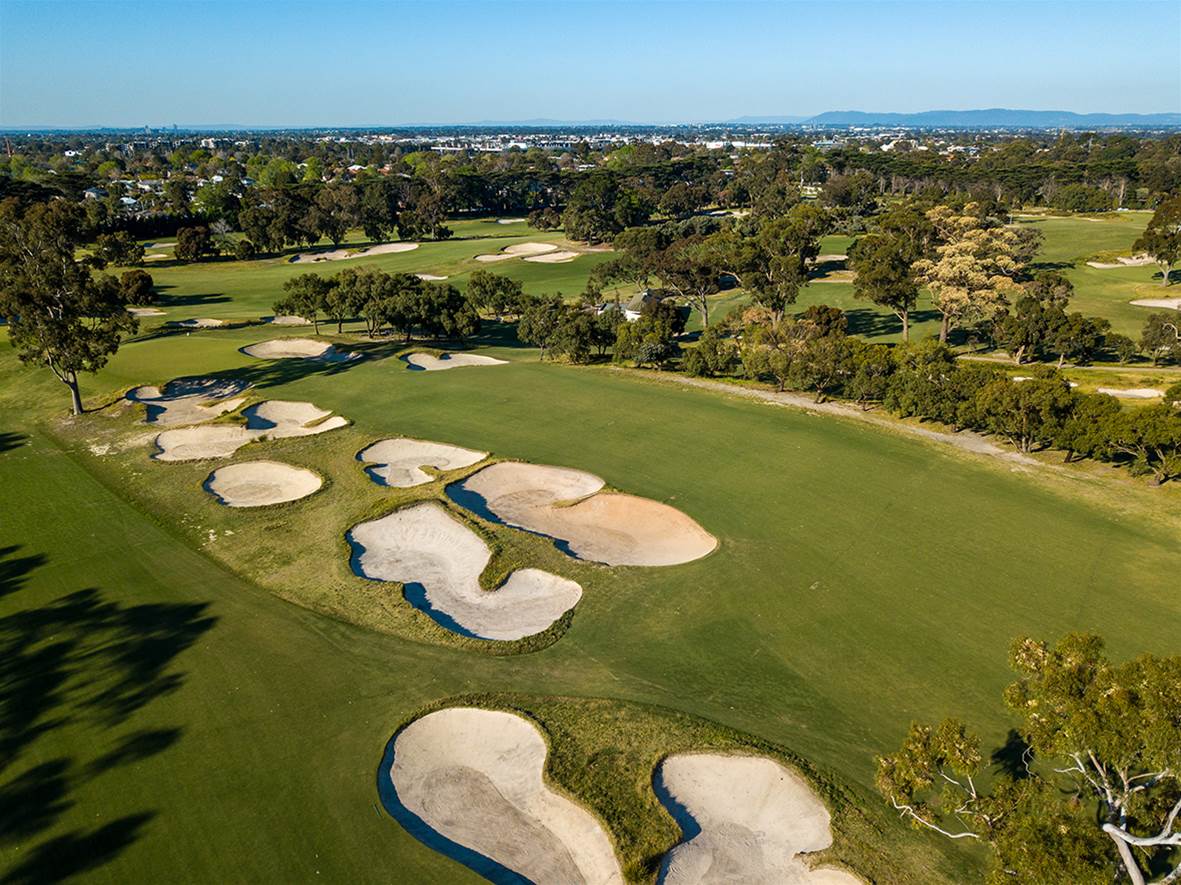 The 4th tee marks the start of the infamous Shipwreck Bend stretch of holes. This two-shotter has been dramatically improved in recent years with the clearing out of the sand dune scrub on the inside of the dogleg right, exposing a direct view to the elevated green. It is a superb hole that gives up as many birdies as it does bogies.

The second of the Shipwreck Bend holes, the 5th is appropriately named ‘Sea View’. The Southern Ocean can be seen off in the distance from the tee, as the fairway below winds right and then left towards the green. Again, the clearing of scrub, this time left of the fairway, opened up the visual line to the green and raised the standard of this hole. 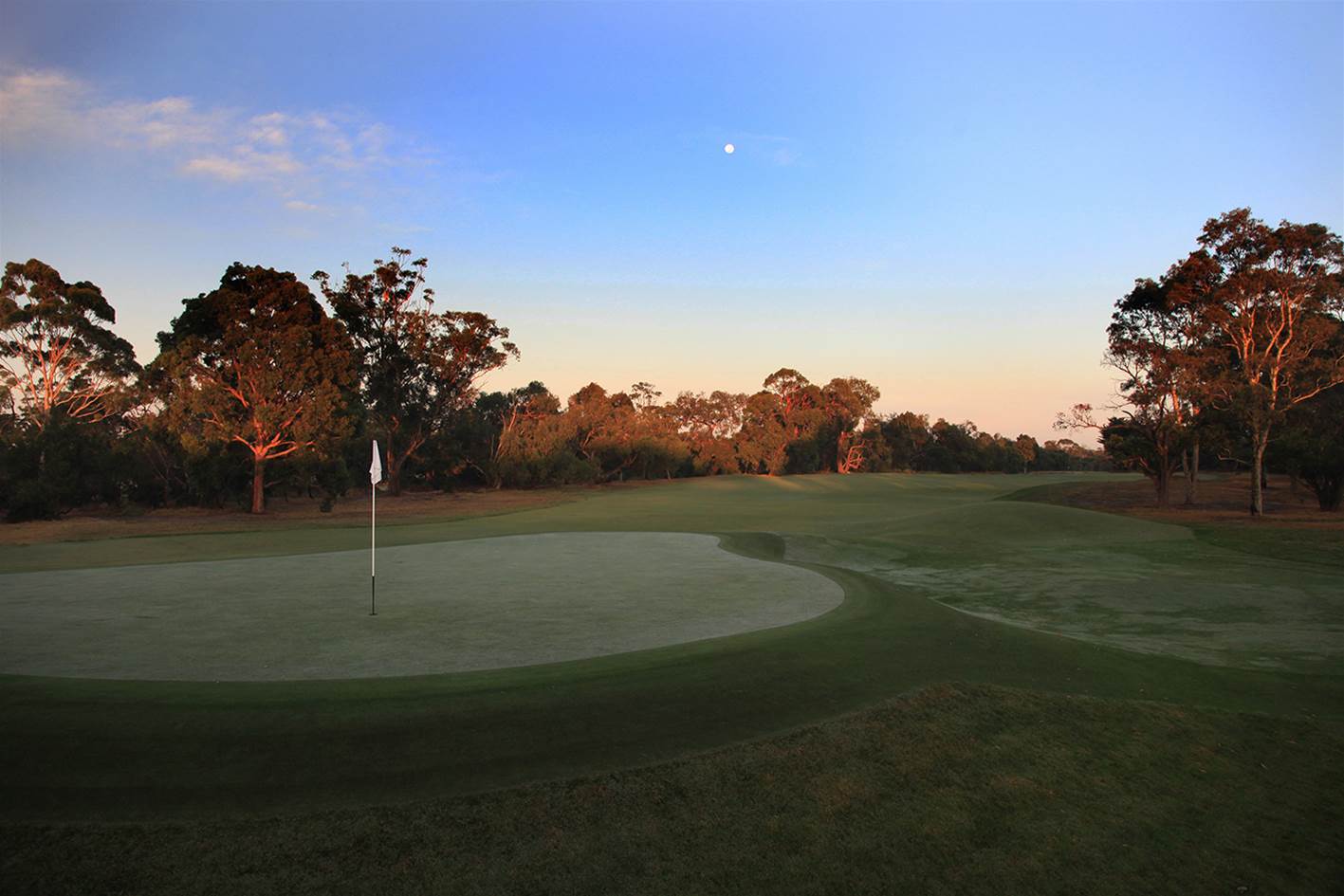 An outstanding little hole to open the round. The accuracy of the tee shot is critical to not only attack the pin with a short iron for your second shot, but to miss the classic Alex Russell ‘Chain of Pearls’ bunkering on the right edge of the fairway.