The World No.69 Hsu posted three-under 69 in her second round at The Grange in Adelaide and currently leads the championship by three shots.

“She’s much younger than me but she fights really hard and she’s very mentally tough,” Tseng told Golf Australia magazine.

“It doesn’t matter whether she’s leading or not, if she’s nervous she will ask me. But I think she looks really relaxed out there.”

Playing in the morning wave today, Hsu capitalised on the benign conditions on the West Course to card four birdies and reach 10-under par. The 24-year-old leads West Australian Hannah Green (69) and World No.16 Nelly Korda (66) – who are both at seven-under par – and looks to be playing with complete confidence heading into the weekend.

RIGHT: Hsu shot three-under 69 in her second round of the Women’s Australian Open to reach 10-under-par. PHOTO: Mark Brake/Getty Images.

Nevertheless, former World No.1 Tseng is ready to help her countrywoman in any way she can.

“If she asked me for advice I would tell her to stick to her plan, be aggressive and play smart – especially on this golf course – and enjoy the atmosphere,” said Tseng, who shot two-over 74 today and will miss the cut at eight-over for the championship.

Elsewhere, World Golf Hall of Famer Karrie Webb is one-under par for her round and is four shots back with 11 holes to play.

World No.1 Ariya Jutanugarn (+4) is set to miss the cut despite signing for three-under 69. So too is two-time major winner Lydia Ko (+5), who carded five-over 77. 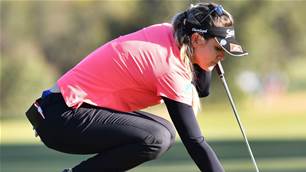 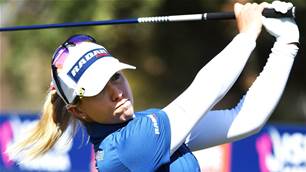 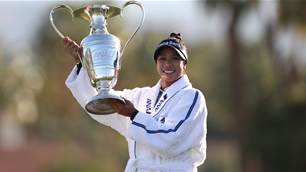