On a banner day for the 2019 ISPS Handa Women's Australian Open, World No.1 Ariya Jutanugarn, of Thailand, has committed to play in South Australia.

She will be joined at The Grange from February 14 – 17 by her sister Moriya, herself the World No.20.

Australian No.1 and World No.6 Minjee Lee has also agreed to resume her challenge for a first Patricia Bridges Bowl.

And capping a big day for women's sport in South Australia, title sponsor ISPS Handa has also renewed its outstanding commitment to the national championship for a 10th consecutive year.

Jutanugarn, the LPGA Tour Player of the Year, money list winner and CME Globe champion among a host of stunning achievements in 2018, will play her fifth ISPS Handa Women's Australian Open, but for the first time at The Grange Golf Club.

The ever-smiling Thai, still just 23, is a dual major champion, including this year's US Women's Open as one of her three wins. Remarkably, she also finished in the top 10 in 16 of her 27 LPGA Tour starts in 2018, highlighting her consistency.

"It has been a great year. I'm really proud of what I've achieved and happy to have been competitive in so many tournaments," Jutanugarn said.

"I've always enjoyed coming to Australia to play and I've had a great time in Adelaide the past couple of years, so I can't wait to come back in February and get my 2019 season started.

"I have been close a couple of times in Australia, but haven't managed a win there yet, so hopefully next year. I know I love the courses I've seen so far in Adelaide, so I'll be trying hard." 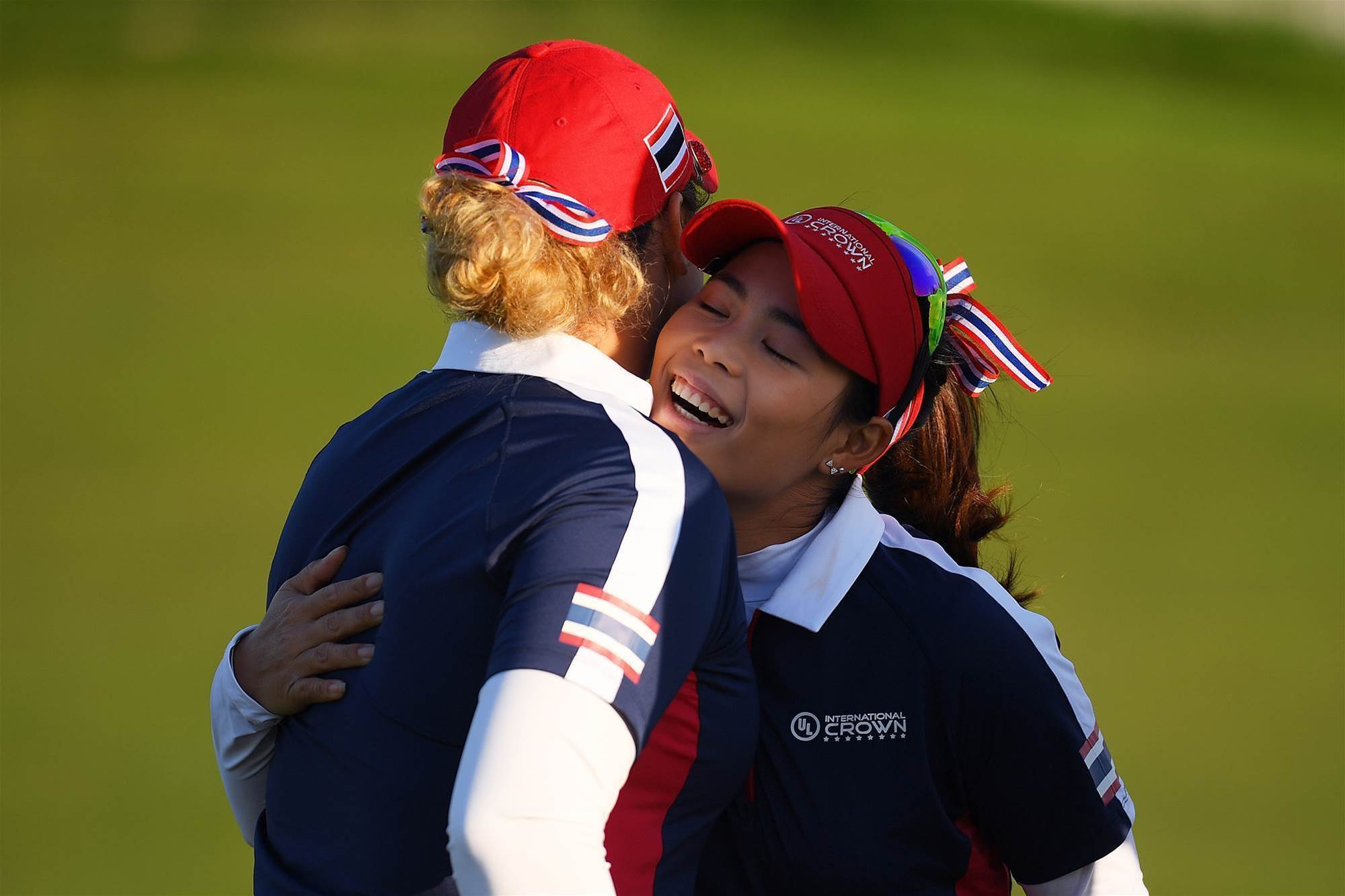 The Jutanugarn sisters will compete at the Women’s Australian Open at The Grange in February. PHOTO: Atsushi Tomura/Getty Images.

Jutanugarn missed the cut on her Women's Australian Open debut in 2014, but has since been a model of consistency.

She was third in 2015 before missing 2016, then shared third at Royal Adelaide and shared seventh at Kooyonga in Adelaide the past two seasons.

Lee, of Perth, is always a huge hit among Aussie fans desperate to see the title return to local hands for the first time since Karrie Webb in 2014.

She, too, had an incredible LPGA Tour season with 13 top-10 finishes – second only to Jutanugarn – and was second in the CME Globe standings heading into the Tour Championship in November. And all that on top of a win and a runner-up finish at the Vic Open and Canberra Classic, respectively, earlier this year.

Remarkably, still aged just 22, Lee will play her eighth Women's Australian Open. After finishing T11 in her final year as an amateur in 2014, the Royal Fremantle member has three times finished in the top 10, including shares of third and fifth the past two years in South Australia.

"I've come close a couple of times, so hopefully in February I can take that next step," Lee said.

"It's always a huge thrill to play in front of the home crowds and we have had enormous support here in Adelaide the past three years.

"It's always a huge thrill to play in front of the home crowds and we have had enormous support here in Adelaide the past three years.” – Minjee Lee

"It speaks to a great partnership we have with Golf Australia and its national women's championship that we can be the title sponsor for a full decade,” Miyazaki said.

"The tournament has been extremely successful in recent years in helping people see golf in a different way – and ISPS Handa hopes, as always, to do the same thing with the unwavering support of Golf Australia.

"We believe in the power of sport to inspire and being part of a tournament that has helped the revolution of female sport in Australia and open new eyes to its potential is paramount. And we’re genuinely grateful to the impressive team at Golf Australia, to its chairman John Hopkins and chief executive Stephen Pitt."

Pitt said the ongoing relationship with ISPS Handa through founder Dr Handa and Ms Miyazaki had been a boon for Australian golf at all levels.

"We are again thrilled to partner with our good friends at ISPS Handa; their commitment to our national championship has been nothing short of exemplary,” Pitt said.

"ISPS Handa delivers a world-class message about sport’s capacity to empower, so we’re very pleased to share our platforms to help spread the word." 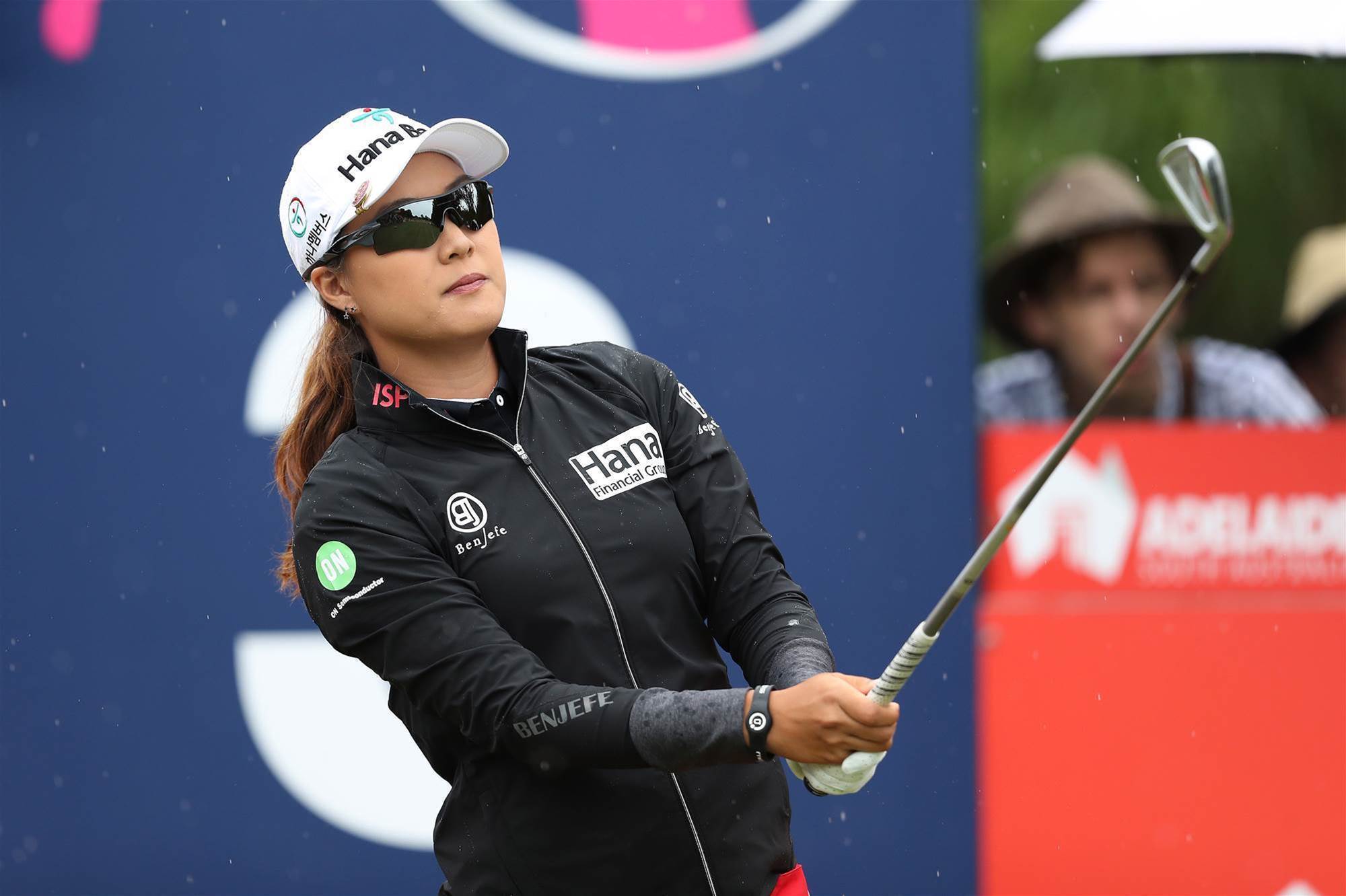 Pitt was also thrilled with the level of support being shown by the world's best female golfers, with Ariya Jutanugarn already meaning three reigning major champions – after Georgia Hall and Pernilla Lindberg committed last week – will be in Adelaide.

"And to have Minjee's incredible enthusiasm for the event so evident, it really helps create that buzz that has made the tournament so popular the past three years in South Australia," he said.

"Everybody loves Minjee and Ariya and for them to have played so well and so consistently throughout 2018, we're sure they'll be right in the mix at The Grange.

"They're always smiling, always talking to the kids around the course, they're legitimate superstars and we're thrilled they're committed to come back to South Australia so early."

"Securing World No.1 Ariya Jutanugarn and Australian No.1 Minjee Lee are major coups for South Australia and a testament to the exceptional status of this event,” Minister Ridgway said. 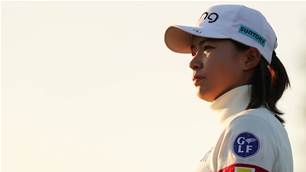