Last year at Eugene (Ore.) Country Club, Jeff Wilson was the last man standing in the US Senior Amateur Championship. This year at Old Chatham Golf Club, he’s the last USGA champion remaining. Wilson, 56, of Fairfield, Calif., defeated a past champion (Louis Lee) and a long-time California rival (Craig Steinberg) on Tuesday to reach the quarter-finals of the 65th US Senior Amateur.

In his afternoon Round-of-16 encounter with Steinberg, 61, of Agoura Hills, Wilson, one of two players to earn low-amateur honours in the US Open and US Senior Open, broke open a tight match by winning four consecutive holes to start the inward nine with two birdies (10 and 11) and two pars (12 and 13).

On Tuesday morning, he won the first four holes against 2011 Senior Amateur winner Lee, 63, of Heber Springs, Ark., en route to a 4-and-3 victory.

The par-4 10th was pivotal in both matches, as he knocked wedge approaches inside five feet for birdies. Against Steinberg, he delivered a perfect 50-yard shot to within 18 inches on the par-5 11th hole.

“I played a lot better today,” said Wilson, who is vying to become the first back-to-back champion in 39 years. “It’s never easy, but I felt in a little more in control of my game today, so I was very happy.”

“For me to beat Doug Hanzel and Buddy Alexander on the same day, are you kidding me? This is a very special day for me, and I mean it with the highest regard,” said Exber, who has never advanced this far in 25 previous USGA championships. “I might not sleep tonight.” 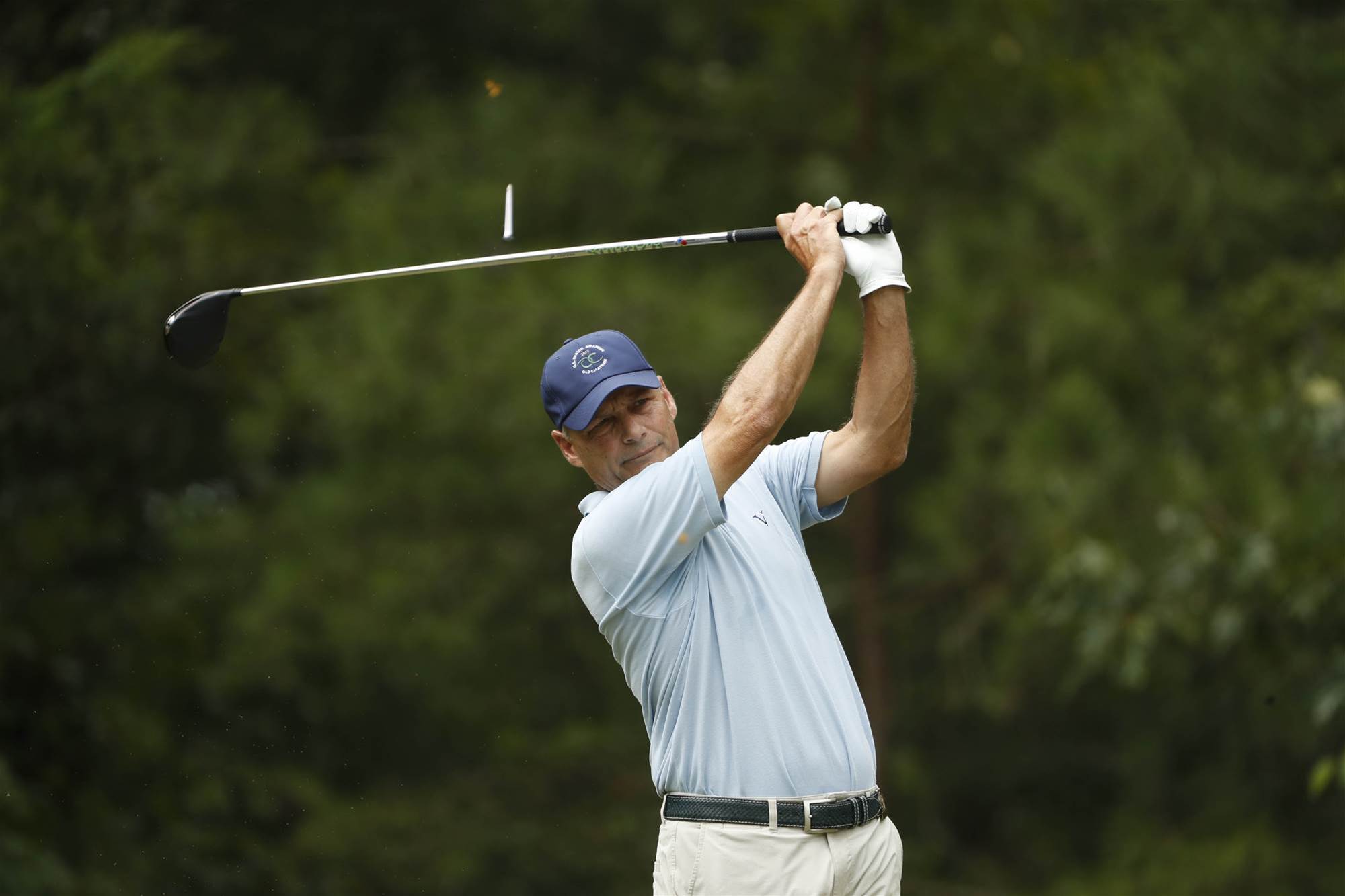 Three players with North Carolina ties are among the final eight, including former Pinehurst Resort & Country Club superintendent Paul Jett, of Southern Pines, who defeated 2014 Senior Amateur runner-up Bryan Norton, of Mission Hills, Kan., 1 up, in the Round of 16. Earlier on Tuesday, the championship’s youngest competitor – he turned 55 on July 7 – won seven consecutive holes, starting from No.9, in beating Terry Tyson, of Perrysburg, Ohio, 4 and 3.

“Nobody was ever more than 1 up,” said Jett about his match against Norton. “Bryan is a solid player and putts it very well. I wish I putted as well as he did. I made three sloppy bogeys on 15, 16 and 17 so that’s why we even got to 18. I hit a good hybrid out of the 18th fairway. He was unfortunate that he got under the lip in the [greenside] bunker and didn’t have a whole lot of options on what to do with it.”

Steve Harwell, 56, of Mooresville, N.C., who has captured the Coleman Invitational Senior at Seminole Golf Club and the North Carolina Senior Amateur in 2019, defeated Kory Frost, 62, of Trabuco Canyon, Calif., 3 and 2, while Charlotte-born Rick Cloninger, 62, of McDonough, Ga., defeated No. 61 seed Mark Knecht, of Paducah, Ky., 5 and 3. Cloninger, a former quarterback at Wofford College, has also lived in Florida and South Carolina.

Earlier on Tuesday, Harwell defeated two-time champion Paul Simson, 68, of Raleigh, N.C., in 20 holes. After missing a three-foot par putt to win the match on the 18th green, Harwell eventually prevailed with a birdie on the par-3 second hole.

“I am from North Carolina and I have been battling him for 30 years,” said Harwell of Simson, who owns a 34-11 match-play record in the Senior Amateur. “We have had our battles. I have won some, but he has won probably more. I have gotten a little revenge on him this year, so I had a little confidence there. I hit it really good, but he is just a magician. I have seen it and I know I just have to play my game.” 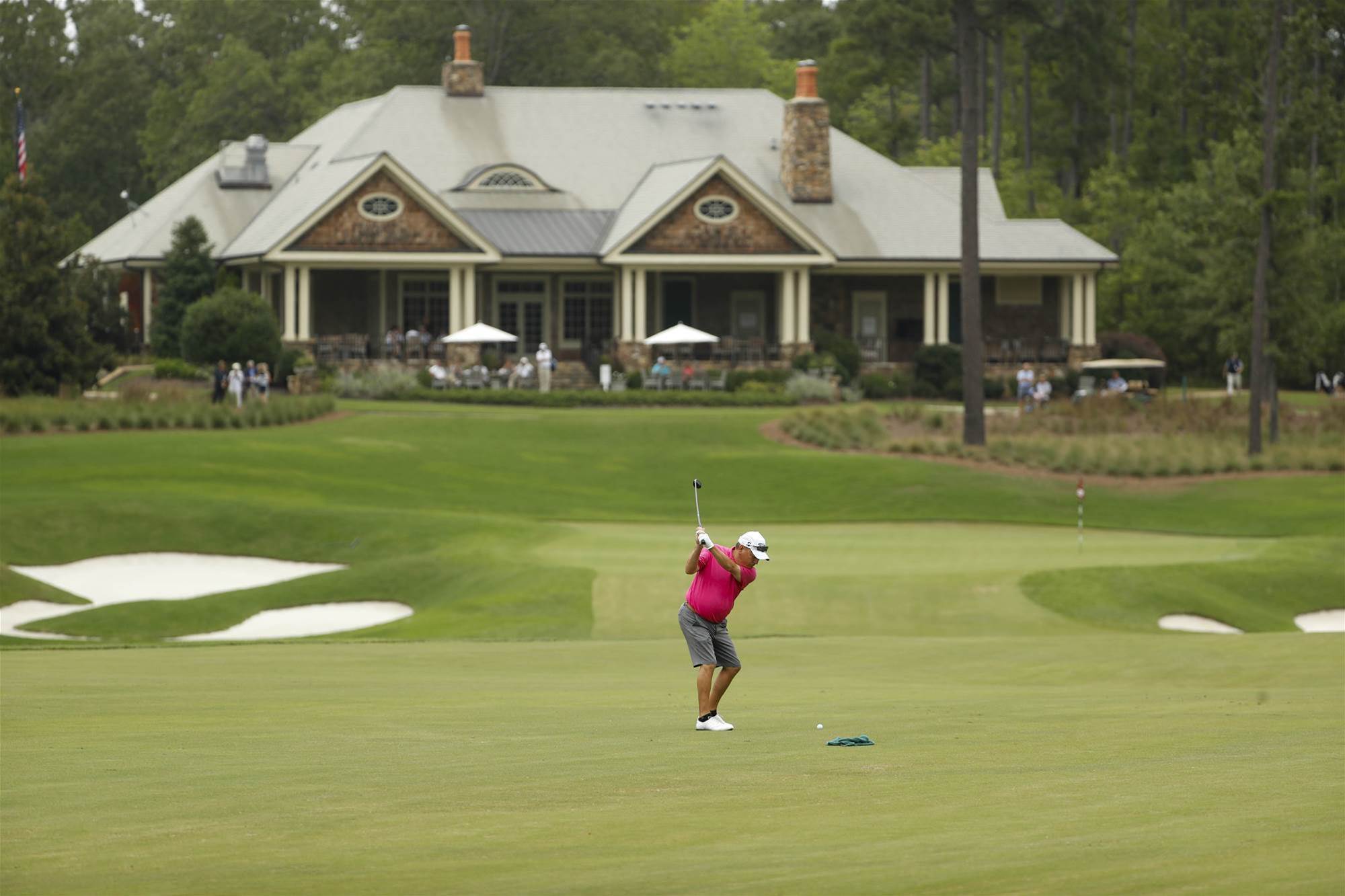 Jett is the championship’s youngest competitor at 55. PHOTO: Chris Keane/USGA.

Roger Newsom, 55, of Virginia Beach, Va., had one game plan for Old Chatham: hit fairways and greens. It might sound cliché, but that philosophy has served him well through two stroke-play rounds and three matches. In the Round of 16, the ophthalmologist eliminated co-medallist and No.1 seed Michael McCoy, 56, of Norwalk, Iowa, 4 and 3. Earlier in the day he beat Jerry Slagle, 55, of Southlake, Texas, 2 and 1.

“I’m hitting fairways and greens,” said Newsom, who qualified for his second US Senior Open earlier this year but missed the cut at Notre Dame’s Warren Course. “And after a while somebody is going to make a mistake.”

Newsom had just three bogies – all against McCoy – in 32 holes on Tuesday and he was the equivalent of three under with no bogies in his Round-of-64 win over David Nelson.

This from a player who only plays weekend golf and hits balls on his lunch break on Wednesdays due to his hectic schedule that not only includes seeing patients but eye surgeries as well. When he was in college at East Carolina, Newsom was paired with future major champion Davis Love III in his first event. Love shot 68 and Newsom a 74. Right there he realized medical school was in his future. In fact, he didn’t play his senior season at ECU to concentrate on his studies.

Since establishing a practice, Newsom has won a pair of Virginia State Opens and a Virginia State Senior Open, while qualifying for two US Mid-Amateurs.

“There are two people in Virginia who I have looked up to,” Newsom said. “[2014 US Senior Amateur champion] Pat Tallent and Keith Decker. And they have kind of mentored me. I’ve said, ‘Look, what do I have to do to get to the top?’ They’ve said you’ve got to hit the ball well, you’ve got to putt well and you’ve got to score. Pat Tallent says you’ve got to go low and don’t call and ask for anything else.”

Somehow, Newsom has managed to excel despite such little reps. “I wouldn’t say I am gifted. I’m just fortunate.”

And now he’s three wins from a title. 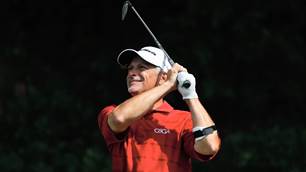 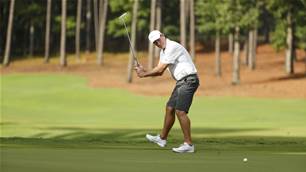 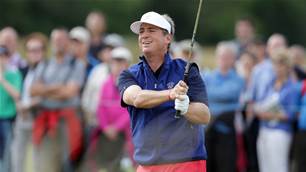