The PGA Tour returns to Riviera Country Club this week for The Genesis Invitational. Here’s everything you need to know about the event, including course information, players to watch and TV times.

DEFENDING CHAMPION: Former World No.1 Adam Scott shot 11-under-par 273 last year, defeating Scott Brown, Matt Kuchar and Sung Kang by two shots. Scott also won here in 2005 when he bested Chad Campbell in extra holes, however the event had been shortened to two rounds due to rain and is not recognised as an official PGA Tour victory.

COURSE: The iconic course at Riviera Country Club opened in 1927 and was designed by George C. Thomas Jr and William P. Bell. It has only experienced one major renovation since its establishment – when Ben Crenshaw and Bill Coore worked on the bunkers in 1992 – and has hosted this event on a near-continuous basis since 1973. Keep an eye on the short par-4 10th hole, which will play 278 metres this week. The green is certainly reachable off the tee, however it is extremely narrow and surrounded by bunkers.

The Queenslander came close here in 2019, too, starting the final round just four shots off the lead, before closing with a disappointing five-over 76 to share seventh place. Scott, who first won here (unofficially) in 2005 and has recorded two runner-up finishes since (2006 and 2016), has only posted one top-10 finish since his victory here last year. But it came in his most recent start – at the Farmers Insurance Open at the end of January – so he should be feeling more confident about his game.

Johnson, 36, returns to action for the first time this week since winning the Saudi International on the European Tour two weeks ago.

The 24-time PGA Tour winner hasn’t finished worse than T12 in his past nine starts. Expect him to be in contention once again. 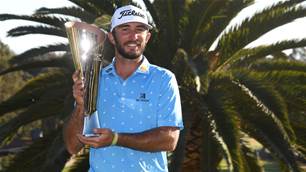