For a circuit that has been in the wilderness for the best part of two years it’s been an eventful fortnight for the Asian Tour.

Their first event back last week showed off some compelling golf and new talent and the announcement of a surprisingly strong field for next year’s Saudi International have put them firmly in the spotlight.

And this week sees the birth of a new event on the schedule – The Laguna Phuket Championship – which will only benefit from all the attention. COURSE: The Laguna Phuket Golf Club is an unknown quantity for fans and players alike and most will be scrambling to find information about the layout online.

RIGHT: Wade Ormsby will once again be on the favourites this week in Thailand. PHOTO: Warren Little/Getty Images.

Those enquiries quickly establish some key points, most importantly that the course underwent a well received and comprehensive redesign in 2014 by South African architect Paul Jansen.

Originally opened in 1993, the course attracted little in the way of positive reviews for much of its life but Jansen’s work has turned that around.

However, while Jansen’s work has undoubtedly produced a more interesting golf course it has also created one that is more sustainable.

More than 60 bunkers were removed from the original layout and the redesign also saw the number of irrigation sprinklers cut by 500.

In terms of what to expect from the field this week the course is short by modern professional standards at just over 6,000 metres and it would be a surprise if the scoring isn’t low.

PLAYERS TO WATCH: Last week’s Blue Canyon leaderboard should offer some clues for what to expect this week and that’s good news for Australian veteran Scott Hend.

Hend finished just two shots behind the winner Chan Shih-chang with a bogey at the par-5 15th on Sunday particularly costly.

He bounced back with birdies on two of the last three to finish in a share of fourth but a post round tweet confirmed the frustration his poor second shot at 15 (a shank with a 5 wood resulting in a lost ball) had caused.

However, there was much more positive than negative for the 48-year-old and he will be dangerous again on a course that will demand aggressive play and lots of birdies.

There was a strong local showing at Blue Canyon and that will likely be the case again this week but two other Australians warrant consideration.

Wade Ormsby played decent though unspectacular golf last week to finish T23 but has strong motivation to retain his spot atop the Order of Merit.

Look for him to have a strong showing but the other Australian worth watching is Travis Smyth.

With almost no competitive golf to his name since the Tour was shut down due to Covid-19 last year he will be encouraged by two rounds of 65 in his top-10 result.

72 holes of serious tournament play will have done a lot for his confidence and that should pay dividends this week.

While lesser in profile there is some promising talent among the locals and the two best performers on the All Thailand Tour both finished top-10 last week.

Kaewkanjana has won three times on the local circuit while Khongwatmai has won twice and while these events are a step up in class both have showed they can compete at this level. 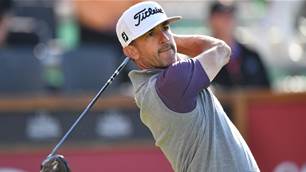 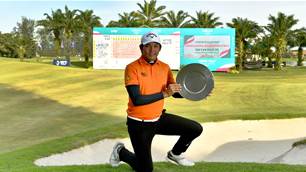 Khongwatmai breaks through at home 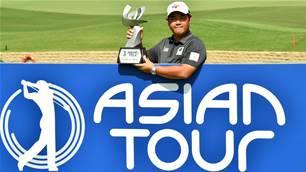 Kim the king of Asia