The Adidas Junior 6s Tour resumes on Sunday at the historic Coolangatta & Tweed Heads Golf Club on the border of Queensland and New South Wales. Here is all you need to know about the latest event of the season long points race.

COURSE: Containing two 18-hole layouts (West and River) Coolangatta & Tweed Heads has a significant tournament hosting history and has long been a must play destination for golfers heading to the golf rich Gold Coast.

Recently the site of The Athena on the WPGA Tour, Coolangatta has previously hosted seven Queensland Opens where some of the biggest names in the game trod its fairways, while both layouts rank inside Golf Australia magazine's Top-100 Public Access Courses for 2021.

There is no designer credited with the original nine hole layout on the site, but over the years Geoff and Ted Parslow, Peter Williams, Richard Chamberlain and Graham Papworth have all undergone work on the courses, where bunkering and water pose a significant strategic challenge.

Lying on the banks of the mighty Tweed River, wind is often a factor here.

One of the players to tee it up at the innovative Athena earlier this year, Justice Bosio returns to Coolangatta-Tweed with eyes on adding another title to her already impressive resume.

Bosio is currently the top ranked girls junior in the country and was the 2020 Adidas Junior 6s champion.

Hailing from Caboolture Golf Club, Bosio also claimed the historic Keperra Bowl last year and is rightfully among the players to beat this week.

At just 14, Sarah Hammett has already gained plenty of notice as a seriously talented player. 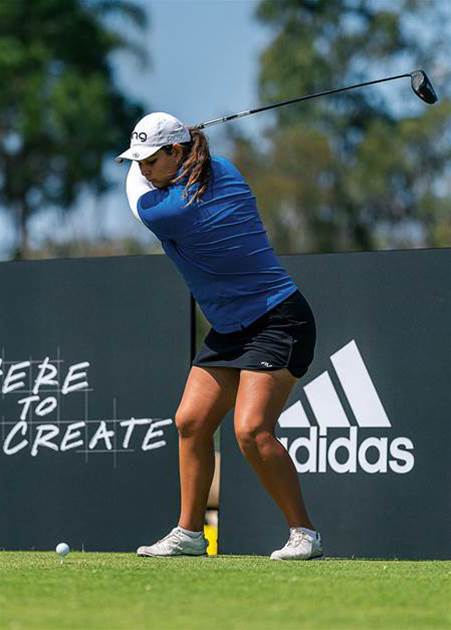 Playing her golf at nearby Emerald Lakes, Hammett sits at fourth on the season long points race and was the winner of the South Australian Junior Amateur earlier this year despite being the youngest player in the field.

RIGHT: As the top-ranked girls junior player in the country, Justice Bosio will fancy her chances of featuring on the leaderboard this weekend. PHOTO: Supplied.

On the boys’ side, current points leader Jeffrey Guan won’t be teeing it up due to commitments in Sydney playing pennant golf. And with Victorian players unable to travel due to COVID-19 lockdown, there is a big chance for those teeing it up to make some ground in the points race.

Junior 6s ambassador Kai Komulainen is one such player, currently sitting fifth with a significant margin between himself and Guan.

Komulainen’s fellow Queenslander Billy Dowling will be hoping to keep up his recent run of good form and capture a trophy.

Dowling possesses an outstanding golf swing that caught the eyes of many when he nearly made history by making the cut at the Queensland Open earlier this year at just 15 years of age.