Another week and another winner tipped by our so-called experts, who also recorded three Masters top-10s. But who do they like this week in Georgia, South Africa and Florida? The sweetest swinger in the field this week, LOUIS OOSTHUIZEN, should get the chocolates.

A third round 75 derailed his chances at Augusta but he still managed to finish T23, having already grabbed a podium result at the US Open.

He hasn’t played this event since 2011, when he finished 4th, and I suspect if he can elbow his way within a few shots of the lead heading into Sunday he will go on with the job and record his first PGA Tour win since the 2010 Open Championship and his first on US soil.

You would forgive SUNGJAE IM for taking the week off after debuting at Augusta National last week and finishing a magnificent T2 alongside our own Cameron Smith. But that’s not how Sungjae does things.

Playing almost every week, there is no concerns for me of an emotional letdown or physical struggles for Im, and his confidence will be sky high. He is a top quality ball striker and was a respectable T37 in his only start here in 2018.

This event has a habit of serving up first-time winners – but I think someone will claim their 13th Tour title this week.

JASON DAY missed the cut at the Masters for the first time in his career last week and will be fuming. I think he plays his best golf when his pride has taken a hit. First competitive visit here but his game should suit the course. Great odds, too.

An impressive Masters debut (T7) and a decent record at this event makes C.T PAN a good bet in Georgia this week.

This will be his fourth visit to the Sea Island course and while he missed the cut last year that is an outlier among some otherwise impressive statistics. Six of his previous eight rounds have been in the 60’s, two of those 65 or better.

His confidence will be high after Augusta and his game is clearly in good shape so PGA Tour win number two is a legitimate possibility. The Randpark Golf Club course is one for the big hitters this week. The par-71 is a monstrous 7,506 yards from the tips with just two par-5s, which are both a shade under 600 yards.

This should play into the hands of SCOTT HEND, who averages 307 yards off the tee, and has had a refreshing spell. If he can call on the form that saw him finish T10 at the BMW PGA Championship last month he will go close in Johannesburg.

Randpark is going to require distance off the tee if you have hopes of claiming the title, and I think MARCUS ARMITAGE has enough power to get the job done.

The Englishman hasn’t missed the top-25 in his last five European Tour starts and was third in the South African Open at this venue in January. A first main Tour win is just around the corner for ‘The Bullet’ and it wouldn’t surprise at all if it came this week.

This event is wide open and I fancy the chances of three-time Tour winner SCOTT HEND.

The 47-year-old Queenslander still has what it takes to shoot low numbers and has banked two top-15s in his past four starts.

It’s a long flight from Augusta to Johannesburg but CHRISTAAN BEZUIDENHOUT won’t be fazed by that.

The South African has taken his game to another level in the past 12 months and after a credible Masters debut (T38) and playing in both the US Open and PGA early this year he will rightly feel among the favourites this week.

His T30 at this course last year was the result of a poor final round where he slipped from 7th to start the day courtesy of a sloppy 75. He will be looking to improve on that this week and a second European Tour win could well come in his homeland. 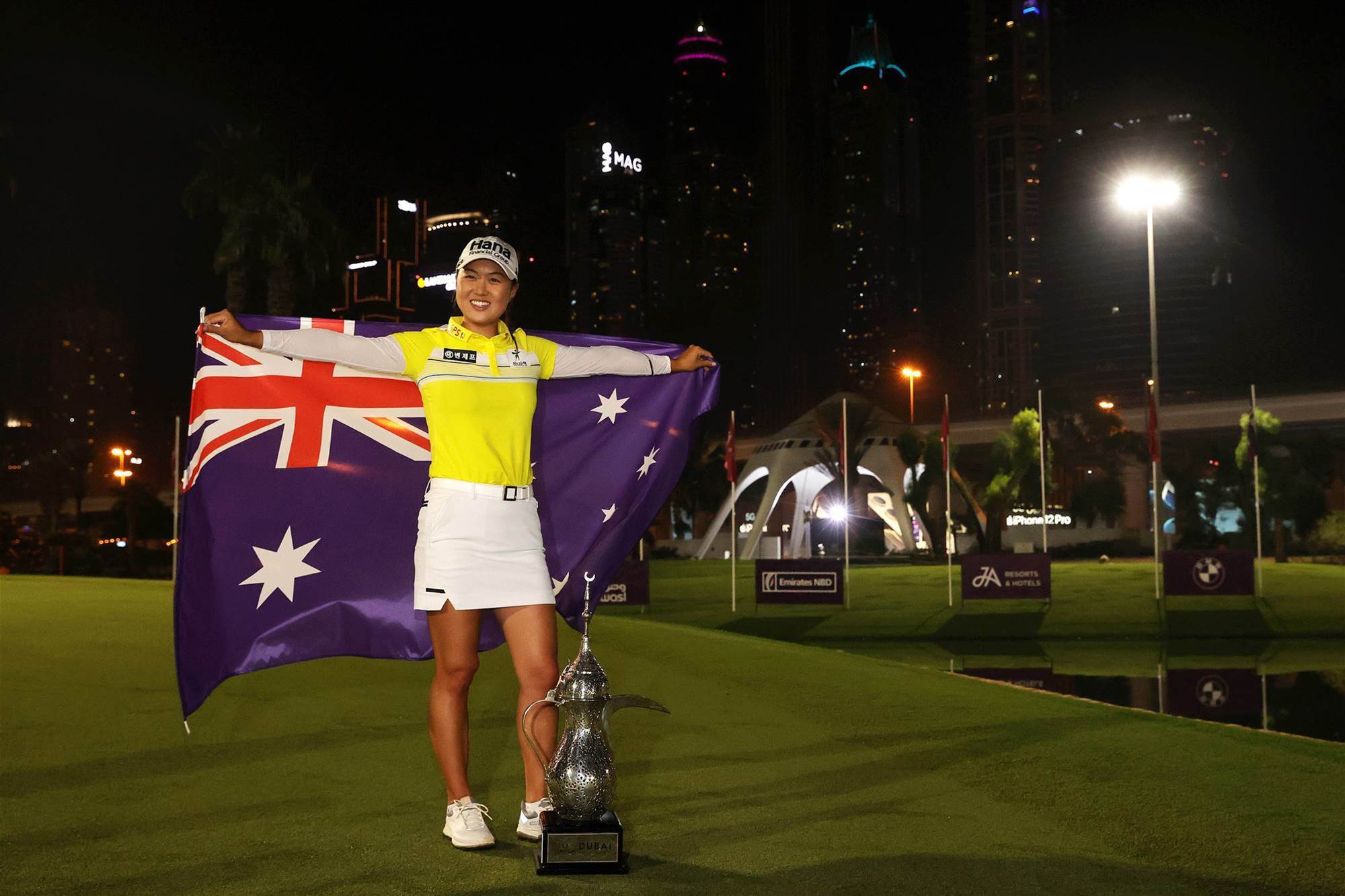 New event on a new course for the LPGA this week, so take your pick.

I’m picking BROOKE HENDERSON to win simply because she has finished no worse than T6 in her past three starts, including runner-up at ANA Inspiration. Go Canada!

Before the LPGA Tour took a slight break, England’s MEL REID was playing the best golf of her career in America, including capturing her first win at the ShopRite LPGA Classic.

Reid is a magnificent ball striker, which should help as the LPGA’s best players navigate a new venue, and being based in Florida, conditions will be very comfortable for the 33-year-old.

World No.12 JEONG EUN LEE6 makes her first competitive appearance on US soil this week and has been in fine form on the Korean Tour.

The reigning US Women’s Open champ won Rookie of the Year honours on the LPGA Tour last year with her 10 top-10s and her victory at the Country Club of Charleston. I can’t imagine her not contending this week.

It is surely time Australia’s MINJEE LEE claimed LPGA trophy number six and a thrilling LET victory under lights in Dubai two weeks ago might be just the spark required to get her across the line.

The world’s eighth ranked player takes her place in a star studded field at the Pelican Golf Club in Florida and after a less than stellar run since a T7 at the ANA Inspiration will be highly motivated to finish the season strongly.

So far our so-called experts have combined to tip 17 winners in 2020, with 94 of their picks recording top-10 finishes that week and a best return of $29 for Adam Scott to win the Genesis Invitational (tipped by Brendan James and Jimmy Emanuel).