India’s Shubhankar Sharma returned to the scene of his famous victory on the Asian Tour fueled with the belief that he can repeat his winning act when the Maybank Championship starts on Thursday.

The Indian closed with a stunning 10-under-par 62 to claim a two-shot victory at the Saujana Golf and Country Club last year and became the first Asian and second Asian Tour member after inaugural Australian winner (2016) Marcus Fraser to clinch the title.

Apart from a tied-second finish on his domestic circuit this year, Sharma’s results abroad have not been impressive by his lofty standards. The 22-year-old, however, vows to set the record straight especially at an event which he has been victorious before.

“The start of the year hasn’t been that great, to be honest … I would obviously like a better start but I’ve been working on a few things in my game,” Sharma said.

“Golf is a precision sport and you got to get even the small things right. There have been a few things which has not clicked for me this year. But having said that, I’ve very good memories from this place and hopefully it can kick-start things, just like what it did for me last year.” Thailand’s Jazz Janewattananond is looking forward to live up to his billing as one of the highest-ranked players on the Official World Golf Ranking in the field this week.

Ranked 78th in the world, the young Thai has enjoyed a spectacular start to the season, especially with his third Asian Tour victory in Singapore at the beginning of the year. Having taken two weeks off to recharge, the 23-year-old is mentally fresh and ready for the challenge.

“Everyone knows that this is the top event in Asia and everyone has to try to play well here,” Janewattananond said.

“I took a week off last week to prepare for this week, try to get my mind fresh, restart and see if I can come in fresh here.”

Malaysia’s Nicholas Fung is meanwhile hoping to better his previous best result of a tied-24th place finish, which he achieved at the inaugural edition in 2016. Fung is hopeful his local knowledge of the course and weather conditions will be advantageous as he chases his second win on the Asian Tour this week.

“The locals will turn up to watch us play and it’s very motivating,” Fung said.

“I’ve been playing at Saujana Golf and Country Club on numerous conditions and I guess one big advantage is we are used to this really hot weather.” 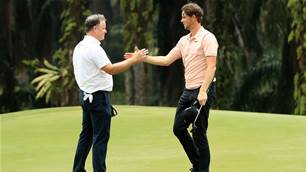 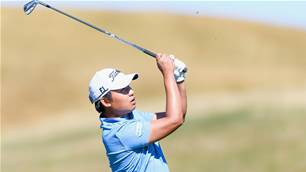