The Players Championship went from having no fans to having no players.

In a surprise announcement Thursday night, the PGA Tour cancelled the rest of The Players Championship and decided to shut down its other tournaments for the next three weeks.

Only 10 hours earlier, as the opening round was underway and fans continued to stream into the TPC Sawgrass, Commissioner Jay Monahan announced no fans would be allowed at Tour events for the next month because of the fears over the spreading coronavirus outbreak.

It was a bold decision in light of other leagues either suspending play or cancelling entire tournaments.

And then the Tour changed course.

"We did everything possible to create a safe environment for our players in order to continue the event throughout the weekend," the Tour said in a statement.

"But at this point – and as the situation continues to rapidly change – the right thing to do for our players and our fans is to pause."

RELATED: Can The Masters exist without the roars?

The Players Championship is the flagship event of the PGA Tour that offers a US$15-million purse, the richest in golf. There was no immediate word whether it would be rescheduled.

Also shut down were the Valspar Championship next week in the Tampa Bay area, the Dell Match Play in Austin, Texas, and the Valero Texas Open in San Antonio.

“At this point – and as the situation continues to rapidly change – the right thing to do for our players and our fans is to pause."

The Match Play is for the top 64 players available in the world ranking, and there was some concern not all could travel to Texas for the World Golf Championships event.

The next scheduled event would be the Masters, set for April 9-12.

Augusta National's only comment regarding the coronavirus was on March 4, when the club said it was in contact with government and health officials and at that point all its events remained on the calendar.

In golf, the LPGA Tour postponed their next three tournaments – two with title sponsors based in South Korea, another in Japan – with plans to reschedule later in the year. The final event was the Women’s Australian Open in mid-February.

Rory McIlroy said it was a "scary time" and that the Tour made a step in the right direction by eliminating fans. But he said it would only take one player or caddie to test positive for the virus.

"We need to shut it down then," he said without hesitation. "I think for us to keep playing on tour, we all – the Tour players and people that are involved – need to get tested."

He said he would get tested next week.

The cancellation brings an abrupt end to the most ambitious project ever by the PGA Tour. For the first time, every shot by every player in every round was available through streaming.

And now there's no golf at all, at least until the Masters. 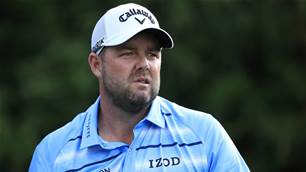