Grace Kim is visibly an impressive golfer; she’s what even a first-timer watching the sport would describe as classy.

She’s got form at Dubbo; good enough to be the low amateur at last year’s Women’s NSW Open.

And she’s coming to the back end of arguably the winningest season of her young career; so being at the pointy end of fields is nothing new either.

But somehow, this was different.

Kim, the delightful Sydneysider who has done almost everything in amateur golf, was drawn today to play in the marquee group alongside two of the most successful pros in Australian domestic golf, Peter Lonard and Matt Millar.

As a woman against the men, as a 20-year-old against the veterans and, probably the biggest challenge – in her first round as a professional on Australian soil. 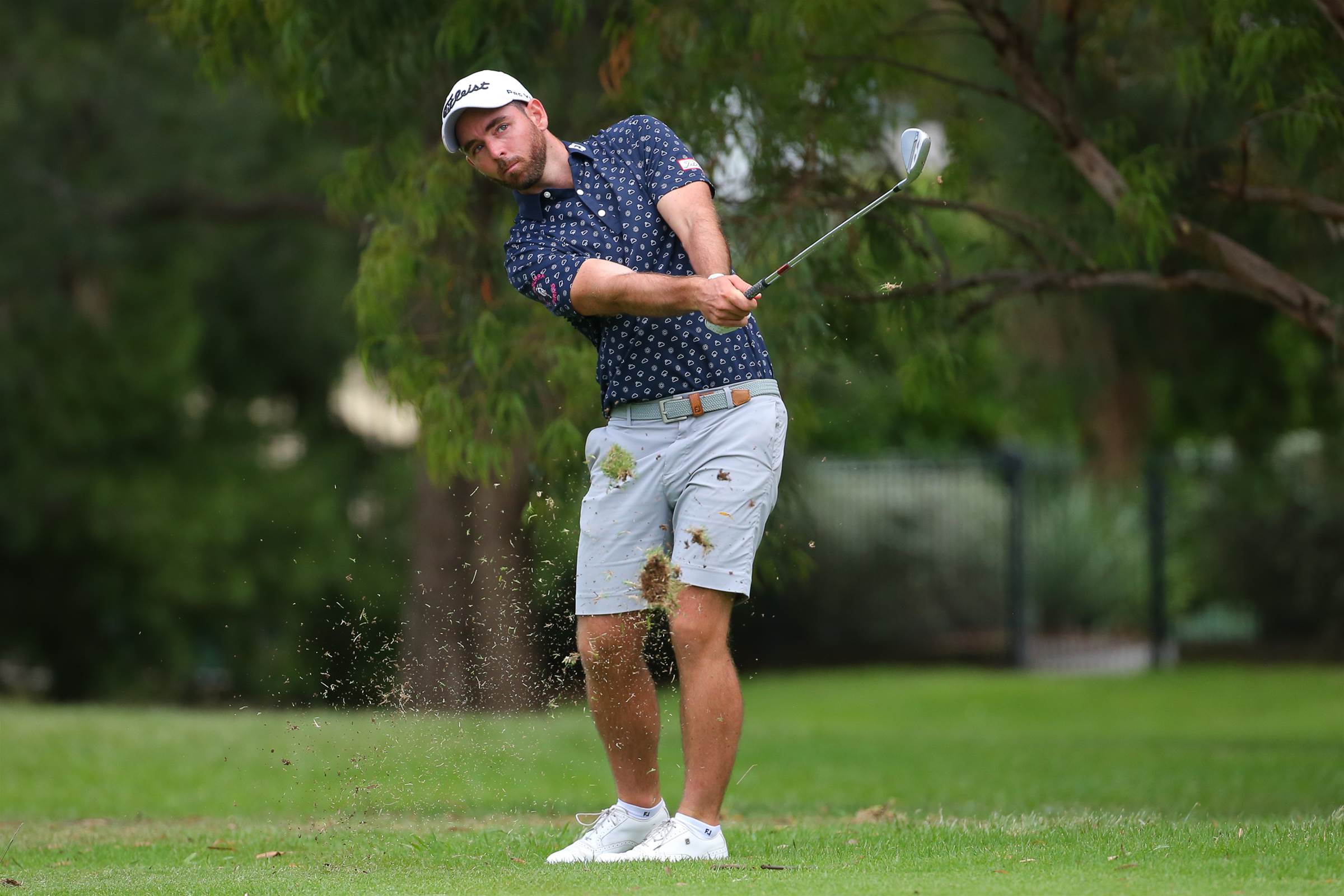 Kim is tied with Queenslander Charlie Dann with one round to play and Daniel Gale out in front by two. PHOTOS: David Tease/Golf NSW.

She said on tournament eve that she might battle to sleep with the task ahead of her.

But she’ll sleep much easier tonight after a remarkable afternoon in which she looked more like her idol Karrie Webb than a wide-eyed rookie still pondering her 2022 status on the LPGA’s secondary Symetra Tour.

It only took Kim 65 blows to complete her round, the same figure as Queenslander Charlie Dann, looking up the leaderboard only to Daniel Gale and his grand 63.

Kim was, naturally, pleased and relieved with her showing.

“Matt and Peter were so nice to me,” she beamed afterwards.

“They really helped me settle in out there from the start and I was quite comfortable and that’s why I shot a good score.

“I was a bit nervous on the first tee when they introduced themselves, but I made a nice par and then a birdie on the second and then I was away.”

That “away” didn’t take full shape for a couple of hours. She turned in 34, but things only heated up when she nipped a perfect short pitch shot from 25m that fell into the 12th cup for eagle on its second last roll.

After burning the edge on 13, she made a hat-trick of birdies from the 14th and returned in a stellar 31.

Her demeanour was – justifiably - slightly more nervous than against her peers of the past decade. She sounded needlessly apologetic in asking Millar to mark his ball on the 18th , for example.

But remarkably, her golf was the same bulletproof game that took her to the Youth Olympic crown and myriad other titles domestically and internationally in the past four years.

"There’s nothing she hasn’t got from what I saw today … it was really good.” - Peter Lonard.

“I’m still nervous, don’t get me wrong. But it’s a good nervous – I really enjoyed myself out there. I tried to be unfazed and comfortable, but …”

There could be no better judge of Kim’s success in that department than Lonard – undisputedly one of the all-time greats on the Australasian PGA Tour – who said there was “no chance in hell” he could have done anything similar as a pro on debut.

“She played beautifully. It’s obviously hard to judge in one round, but she’s a beautiful ball-striker, has a really good short game, did everything really nicely and was a really nice kid to play with.

“There is no chance in the world I could have done that (when I was 20) in that situation.

“She’s got everything she needs, she needs to learn to travel and play and be away from home – those grind of the tour things will be the hardest for her.

“I’ve said a few kids would be world-beaters and they were absolutely hopeless and some I thought would be hopeless have turned into world-beaters, so you just don’t know.

“But there’s nothing she hasn’t got from what I saw today … it was really good.”

Millar was equally effusive in his praise.

“She’s a real player of the future, no question. I don’t think she’ll be on the Symetra Tour for long, to be honest because she’ll move forward quickly.”

“There’s not much really in the way of a weakness … and didn’t seem fazed by it at all.

“I wouldn’t have been nearly as comfortable as she was (on my professional debut).

“We obviously tried to make her feel comfortable early, but she didn’t need to worry about us. She knew exactly what she was doing.”

Lighter in the wallet, Gale gets the trophy