Brooks Koepka has won three majors since he last played at the Byron Nelson two years ago, before the PGA Tour event moved to a new links-style course south of downtown Dallas.

A week before defending his title at the now-earlier US PGA Championship, the third-ranked Koepka and No.19 Patrick Reed are the only top-20 players in the field.

They are among 14 of the top 50 in the world ranking at soggy Trinity Forest this week.

Except for the two-man team event at the Zurich Classic, Koepka hasn't played since tying for second behind Tiger Woods at the Masters last month. The US PGA Championship, which Koepka won last August, has been moved to a May date and is now sandwiched between the two Dallas-Fort Worth events on the PGA Tour that had traditionally been played on back-to-back weeks.

RIGHT: Koepka is the highest-ranked player in the field at the Byron Nelson this week. PHOTO: Stuart Franklin/Getty Images.

The Colonial will follow the US PGA Championship at Bethpage in New York.

Koepka was the Nelson runner-up in a playoff against Sergio Garcia in 2016, and tied for 50th when the event was last played at Four Seasons in 2017. But Koepka has won both US Opens played since then.

Aaron Wise's only PGA Tour win came at Trinity Forest last year, when at age 21 he had a Nelson-tournament record score of 23-under par.

But Wise followed that victory by missing the cut in his next five tournaments. He has missed four cuts already this year, but backed up his 17th-place finish at the Masters with a tie for 18th at the Wells Fargo Championship last week.

He was the highest-ranked player in the Nelson field last year when he was then third, but is now 39th without a top-20 finish in his 12 starts this season. He finished 21st at Trinity Forest last year. 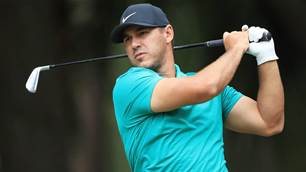 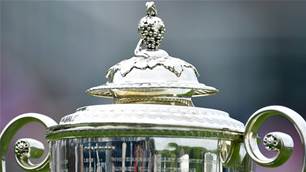