Marc Leishman is ready for a huge month of golf that represents the best chance of his career to win a PGA Championship and US Open.

The Victorian has had 2021's majors circled on the calendar for some time knowing that Kiawah Island's Ocean Course and San Diego's Torrey Pines are two venues he can conquer in the two majors he's notoriously struggled with.

While Leishman has contended at both the Masters (three top 15s) and the British Open (three top 6s), he's found the going much tougher at the other majors.

In 10 previous PGA Championships, his best is a tie for 12th in 2013 and he has just one top-25 finish from nine US Open starts.

"I'd say it is the best chance I'll get in my career to win one of these so hopefully I can get myself close when it's on the line Sunday." - Marc Leishman.

But fresh off a sixth PGA Tour win in New Orleans with fellow Australian Cameron Smith, Leishman can't wait to turn the tables on history.

His confidence stems from the fact the Ocean Course presents a hard, fast and windy coastal challenge, the type of golf Leishman thrives in, while he's already a proven winner at Torrey Pines.

"As far as the PGA Championship and US Open, I don't usually give myself a realistic chance to win but with these courses available I put a target on them a long time ago and it's nice to be coming in with some form," Leishman told AAP.

"It's nice to have a PGA Championship course where I can turn up and think I have a real chance despite the fact its 156 great players in the field.

"I'd say it is the best chance I'll get in my career to win one of these so hopefully I can get myself close when it's on the line Sunday."

Leishman has earned a reputation as a great wind player - a skill born in his hometown of Warrnambool - with several other stars watching him hit balls on the range at Kiawah during a windy practice day to perhaps garner some secrets.

But the 37-year-old knows tournaments aren't won on reputation.

"It's good that I've earned that reputation and with windy and firm conditions with no rain expected this week, I'm excited," he said.

"But experience has taught me I can't just expect to play well if it's windy. I have to be in the right mindset and make sure there's no complacency.

"I know we all start on zero and I have to earn this but I'm ready for the challenge." 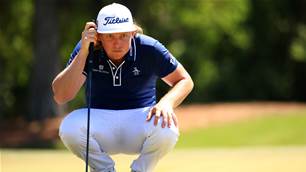 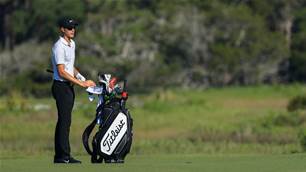 US PGA: Under radar Davis set to surprise 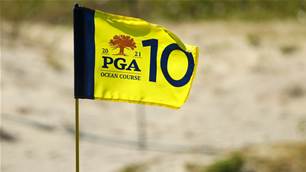