Two eagles and a birdie at the 72nd-hole have propelled Brad Kennedy to a one-stroke win after a pulsating final day of The Players Series Victoria at Rosebud Country Club.

A day after his first career albatross flew him to the top of the leaderboard and a two-stroke lead through 54 holes, Kennedy had to fight off his own swing struggles, a popped hip and the unbridled enthusiasm of youth in the form of amateur Elvis Smylie and LPGA Tour player Su Oh.

Kennedy, Smylie, Oh and veteran Matt Millar were locked together at 14 under with only a few holes to play until Kennedy followed up his chip-in eagle at the par-4 2nd with his second of the day at the par-5 16th to lead by two.

Oh was unable to add to her birdie tally over the closing two holes, Millar bogeyed the last after an unfortunate stance for his approach shot to the final hole but Smylie underlined his bright future with three birdies in succession to post the clubhouse lead at 16-under par.

Six-over through his first 14 holes on Thursday, Smylie played the final 58 holes in 22-under par to come up one short after Kennedy played a brilliant approach shot from 153 metres and converted the birdie putt from three feet to extend his lead at the top of the ISPS HANDA PGA Tour of Australasia Order of Merit. 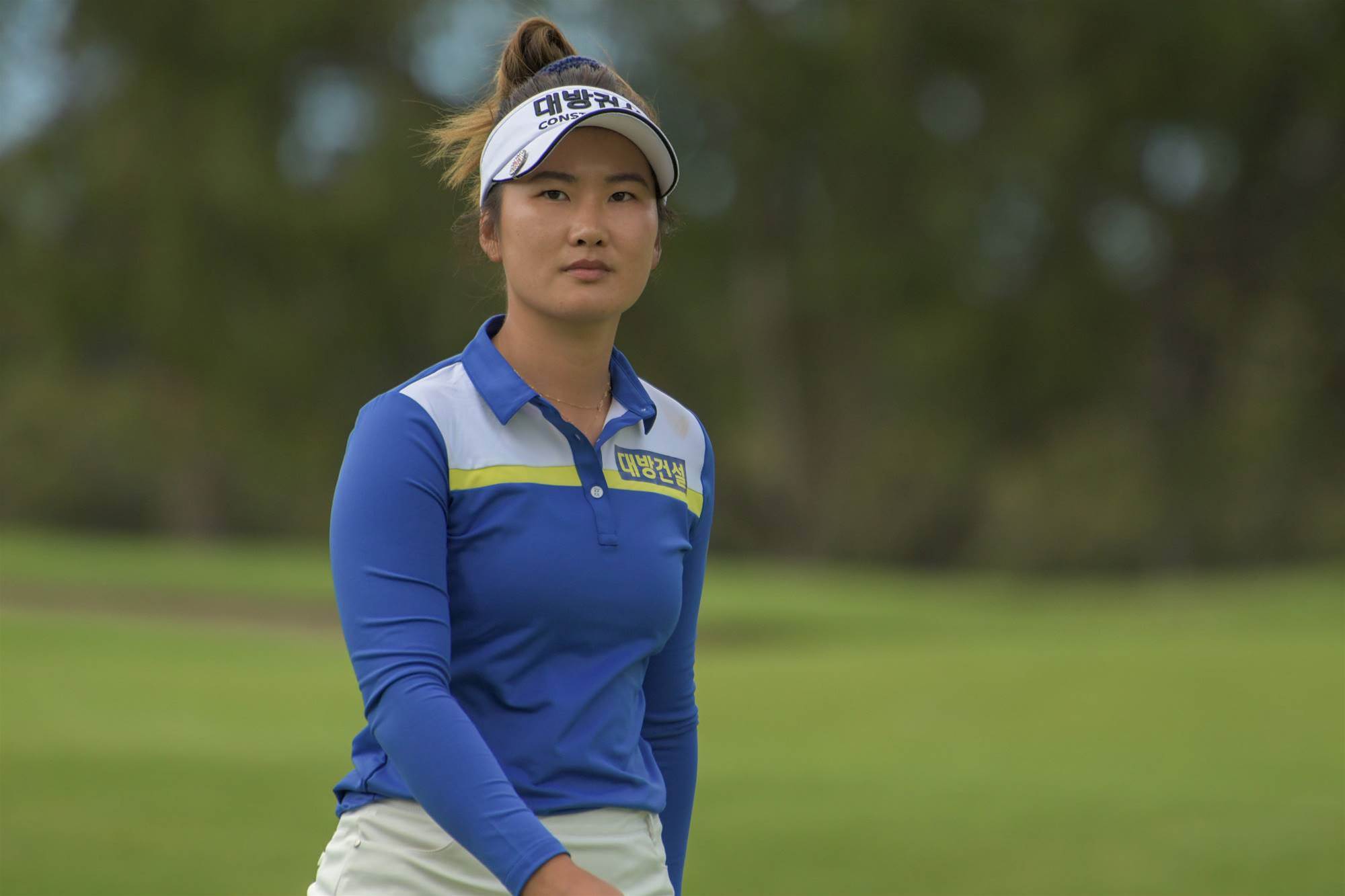 Su Oh finished T3 and was the leading female in the field. PHOTO: PGA of Australia.

In discomfort from the 3rd hole with a hip injury that made staying down through the shot problematic, Kennedy mustered all his mental strength to never fall out of the lead and claim the 14th win of his career.

“I went to the well and back,” Kennedy said of fighting to a three-under 68 and winning total of 17-under par.

“I really had to pull out all the stops on what I knew that I could do, pulled out all the information on the golf swing and what I can and can’t control.

“The discipline that I showed on the back nine is something that I’ll be able to take for a long time, that grit and guts and discipline. Even to the point that I wasn’t worried about the consequence anymore because I just had to knuckle down and start doing some work otherwise I was going to let it slip.

“I just wasn’t going to let it go. It was one of those events where I felt like I was playing well all week and had to regroup and really found a way in the end.

“That gives me that mental belief so much more. That it doesn’t matter how you’re playing, if you can get through it anything is still possible.”

“The discipline that I showed on the back nine is something that I’ll be able to take for a long time, that grit and guts and discipline." – Brad Kennedy

Kennedy felt his hip pop while walking down the 3rd fairway. He tried in vain to stretch and loosen it up, reaching down his left leg in pain after his tee shot at the par-3 11th missed to the right of the green. Unable to get up-and-down for par, Kennedy said a decision on the 12th tee was critical in playing the final seven holes in four-under par.

“I stood on the 12th tee and told myself I had to go to Plan B and either change it and get going again or this is the path you’re going down,” said Kennedy, who has now won consecutive ISPS HANDA PGA Tour of Australasia events following his New Zealand Open triumph last March.

“The proudest moment was being able to try and change my game plan, change my swing a little bit and just take what I had and try to get the best out of it.

“To finish with a birdie up the last, that’s what you dream of as a player.”

First round leader Nathan Barbieri challenged Kennedy early with three birdies straight out of the blocks but a triple bogey at 7 and double bogey at 9 saw him finish level with Oh in a tie for third at 14-under.

Oh had an opportunity to take the outright lead on the 15th hole but her eagle putt grazed the right edge of the hole, that birdie and another at 16 getting the Victorian to 14 under. She finished as the leading female in the field with West Australian amateur Kirsten Rudgeley the next best in a tie for 14th.

Some of the largest cheers of the afternoon were saved for those competing in the Junior Players Series. Royal Melbourne Golf Club member Jack Holland birdied the final hole to finish two shots clear of local favourite Molly McLean, who chipped in for birdie at 17 and played a spectacular approach into 18 for another birdie and a round of two-under 69. 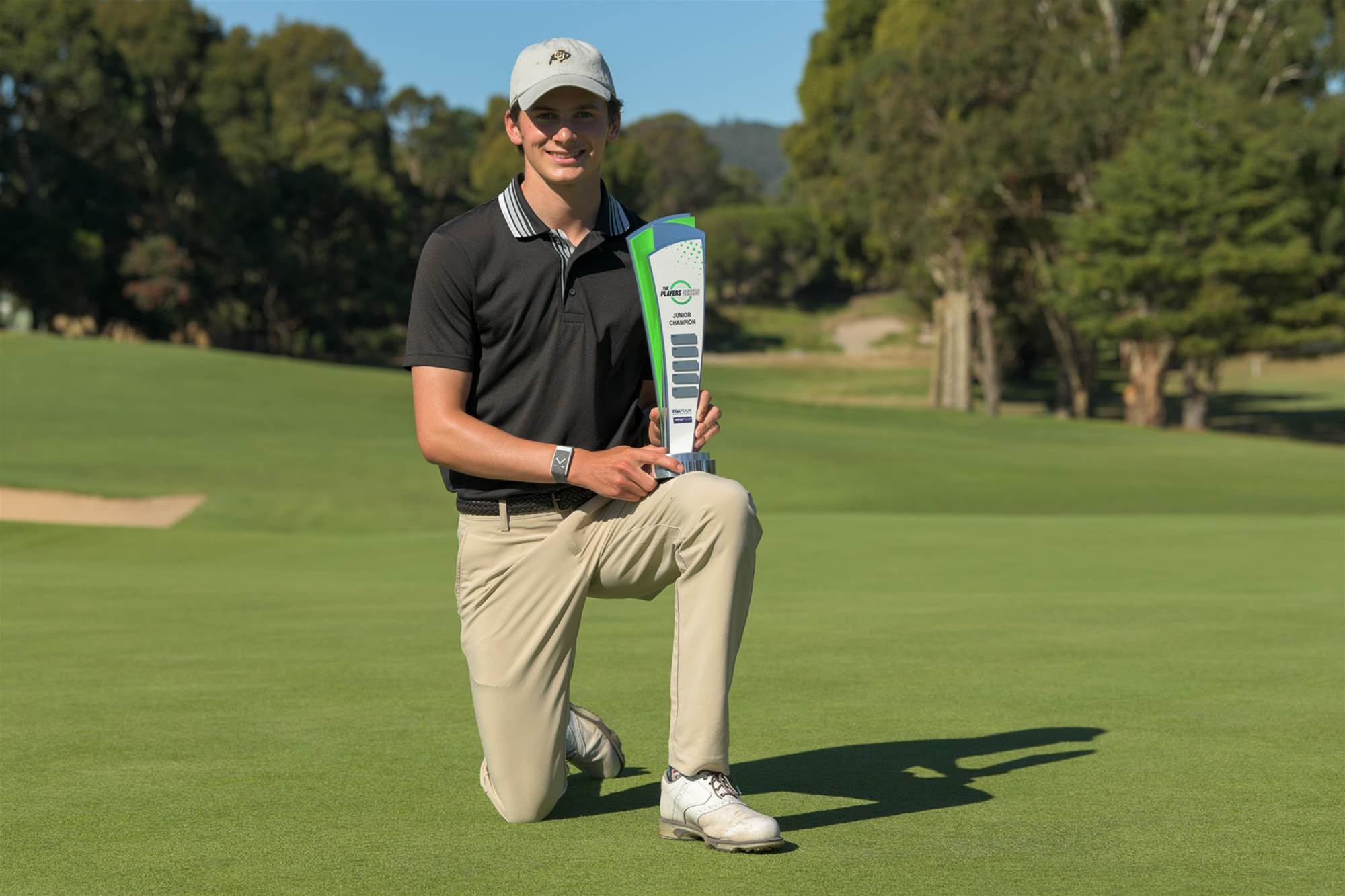 The conclusion to the inaugural Players Series event was a promoter’s dream and established that the format deserves a permanent place on the Australian golf calendar.

“It’s going to help all areas of golf. It’s going to help the men’s game, help the ladies getting to a different demographic of people coming out and watching them play and even the juniors. The juniors were fantastic and so talented,” Kennedy added.

“It helps them to understand the type of pressure that you’re going to get under when you do turn professional and start to play for money. Having cameras in front of you, having crowds walk around and having to block them out and just play your game and be able to hit shots under pressure.

“That’s going to be a huge learning curve for their development as they go through their amateur careers and turn pro.” 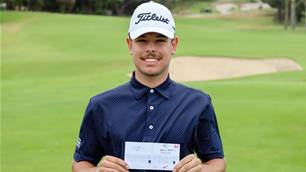