Last year Sim dominated the US’ secondary circuit, the Nationwide Tour, like a teenager playing with the juniors.

Last year Sim dominated the US’ secondary circuit, the Nationwide Tour, like a teenager playing with the juniors. 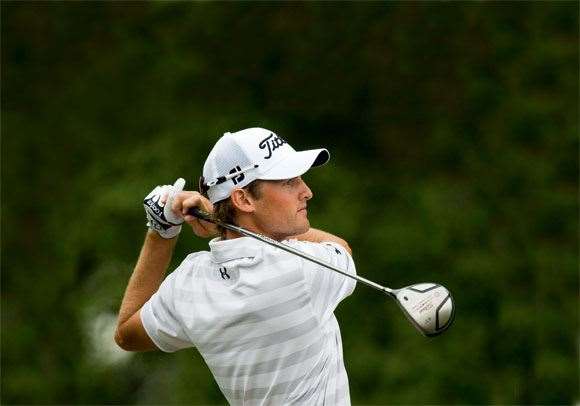 Sim is a strong accurate driver of the Ball
Images: Getty Images

He has the look of the latest product rolling off Australian golf’s conveyor belt of talent. At age 25, Michael Sim is the nation’s best entry in a new Beat Tiger generation, raised to fearlessly chase the world no.1 where the cohort of Garcia, Scott, Baddeley and others have failed (so far).

Last year Sim dominated the US’ secondary circuit, the Nationwide Tour, like a teenager playing with the juniors. He won three times in only 14 events and finished first in ten stats categories. He toppled records attached to names like Tom Lehman, Jim Furyk and Zach Johnson – all grads of the tour who eventually became major championship winners. He even broke into the top 50 in the world rankings, an unheard-of feat for a player still in the minor leagues.

In Sim’s case, he was playing some of the best golf around while being stuck on the outer of the world’s big tours. He proved it when he had the chance to line up against the elite, tying for 18th at the 2009 US Open, the best finish of any Australian. His superb play on the Nationwide earned him a fast-track promotion late last season to the US PGA Tour, where he continues this year. In January at the tour stop at Torrey Pines, site of Woods’ epic ’08 US Open win, Sim shot a second-round 62 and posted a second-place finish.

Sim was born in Aberdeen, which prompted a noted Scottish golf journalist to claim him as the best player to emerge from the game’s ancestral home in recent years.Sim’s family moved to Perth when he was five years old and he took up the game about the same time. He first earned notices on the national golf scene when he finished runner-up at the Australian Amateur Championship in 2002, and over the next few years rose to the status of the world’s top-ranked amateur. 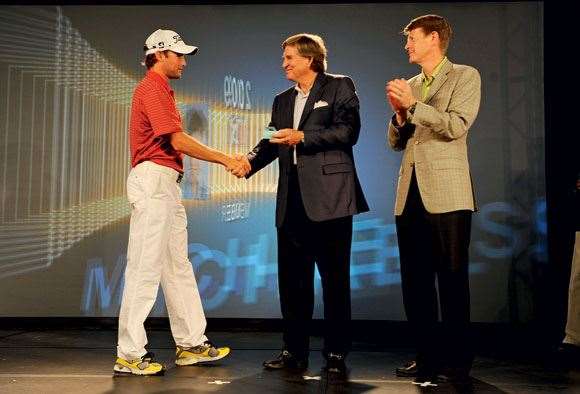 Sim scored his ticket to the US PGA Tour after returning from injury, so watch out everyone else. Images: Getty Images

In just his first full season in 2006, he played his way into the top 20 of the Nationwide Tour’s money list and earned membership of the US PGA Tour for the next season. But at the Australian Open in December he was diagnosed with a stress fracture of the lower spine – he most likely injured it six months before at a tournament in Kansas.

It was consolation for out-of-shape, middle-age hackers everywhere – that 21-year-olds with picture swings also have back problems. It hampered Sim throughout a patchwork next two seasons in which he only played 24 events with a best finish of seventh. He lost his tour card and had to return to the Nationwide.

The injury was serious – as in, never-play-again serious. It forced Sim to commit to improving his body for golf, which he does with a daily regimen of stretching and postural work. The experience also hardened him to the ruthlessness of the professional grind. He served notice at the events of the Australian summer in 2008-09 that his form was returning, and then went on his Nationwide tear. At the US Open, before the raucous fans of New York’s Long Island, Sim caught a glimpse of the game’s summit when he played his way into a Sunday pairing with Woods. “It doesn’t get harder than that,” said Geoff Ogilvy, the 2006 US Open winner. “On a really hard golf course on a really hard day, with people yelling and screaming everywhere, he played really well. Little things like that show that when he goes and gets in the last few groups in big tournaments in the US, he’s going to be able to hack it pretty well.”

His appetite properly whetted for major championship golf, the West Australian heads to Augusta, Georgia, this month to compete in the Masters for the first time. He’s part of a global new wave of 25-and-unders in the field that includes cherubic Northern Irishman Rory McIlroy, Japan’s teen idol Ryo Ishikawa, clinical German Martin Kaymer and American long bomber Dustin Johnson. It’s a group that’s collectively dying to take on Tiger, but in his continuing absence, might have to settle for filling the space. 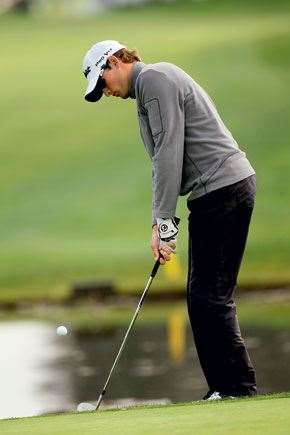 He even broke into the top 50 in the world rankings,
Images: Getty Images

Cut from the same cloth as Scott, Baddeley and Ogilvy, it was natural that observers took Sim to be next in the line of Aussie stars, with their typically rock-solid technique and road warrior mentality. Sim is a strong, accurate driver of the ball, quite a contrast to his contemporaries, who adhere to the power style of swinging as hard as possible and damn where it might end up. He’s also a superb putter – in leading the putting on the Nationwide, he broke a record set by 2007 Masters champ Johnson, one of the best flat-stick exponents in golf.

Sim’s all-around game has few deficits; it’s the intangibles that need only catch up. He’s taken advantage of the Australian establishment on the US tour, spending time with Ogilvy, a neighbour in the Scottsdale, Arizona area. Sim also began working last year with sports psychologist Angela Pampling, wife of tour pro Rod. One of the exercises she started Sim on was keeping a journal.

What Do They Say?

“It takes a pretty impressive guy to lose a year and then to just say, ‘Oh well, I just have to be the best player on the Nationwide Tour and get my card that way and we’ll start again in 2010.’”– Geoff Ogilvy

“My wife asked me who was going to win on Sunday, and I said, ‘Watch out for Michael Sim.’ I mean, I think he’s just that good a player. Technically he looks very sound.” 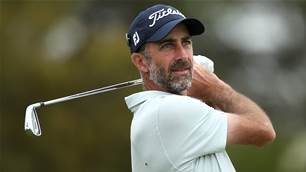 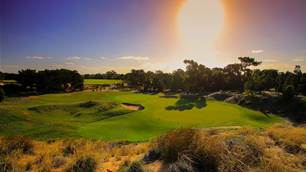