Grayson Murray has tied his career best with nine birdies in one round to tame the challenging PGA West Stadium Course and been rewarded with a share of the first-round lead at The American Express in La Quinta.

The 26-year-old carded an eight-under-under 64 on the Stadium Course, which is considered the toughest of the three venues hosting the tournament in the California desert, for a share of the lead with Zac Blair, who played his round at La Quinta Country Club.

Murray started on the back nine and was two under after four holes and then made a move with four consecutive birdies starting at the par-four 15th.

"I don't know what it is but I like those few holes," Murray said in an interview on PGA Tour Radio on Thursday.

"To my eye they can be a little intimidating but I kind of embrace it."

Murray added another three birdies on the back nine and could have been the outright leader if not for a closing bogey when he three-putted from 19.5 metres.

Blair, fresh off a share of 63rd place at the Sony Open in Hawaii, enjoyed a bogey-free trip around La Quinta and his 64 marked his lowest round in 10 events on the 2019-20 PGA Tour season.

Rickie Fowler reached the turn at La Quinta at five under after five consecutive birdies on the way to a seven-under-par 65 that left him one shot off the pace along with Hank Lebioda, who played on the Nicklaus Tournament Course, and Scottie Scheffler.

Tournament host Phil Mickelson, in his first event since last November's WGC-HSBC Champions in Shanghai, had trouble finding fairways on the La Quinta layout where he mixed five birdies with a double-bogey and bogey for a two-under-par 70.

Defending champion Adam Long (69) was five shots off the pace and in a share of 49th place.

Among the notables in the field, which was missing some big names who are competing in the Abu Dhabi Championship, are Paul Casey (68), Tony Finau (69) and former Open Champion Francesco Molinari (73).

The highest-placed Australian is Cameron Davis (66), who shares sixth place. 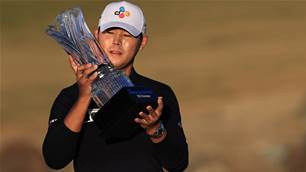 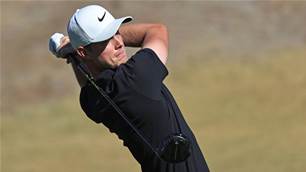 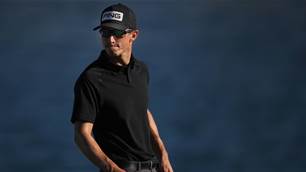