Up to No.6 in the world after winning The Players Championship at TPC Sawgrass last month, to go with a record-setting victory at the PGA Tour's Sentry Tournament of Champions in January, Smith is riding a wave of confidence.

"It's just reassuring. Sometimes it seems like you can go forever playing really good golf and you don't even sniff a tournament. So it's good to get a couple of wins under the belt," Smith, who with a win and other results going his way could end this week as the World No.1 said.

"I'm just ready to get back out there and compete." 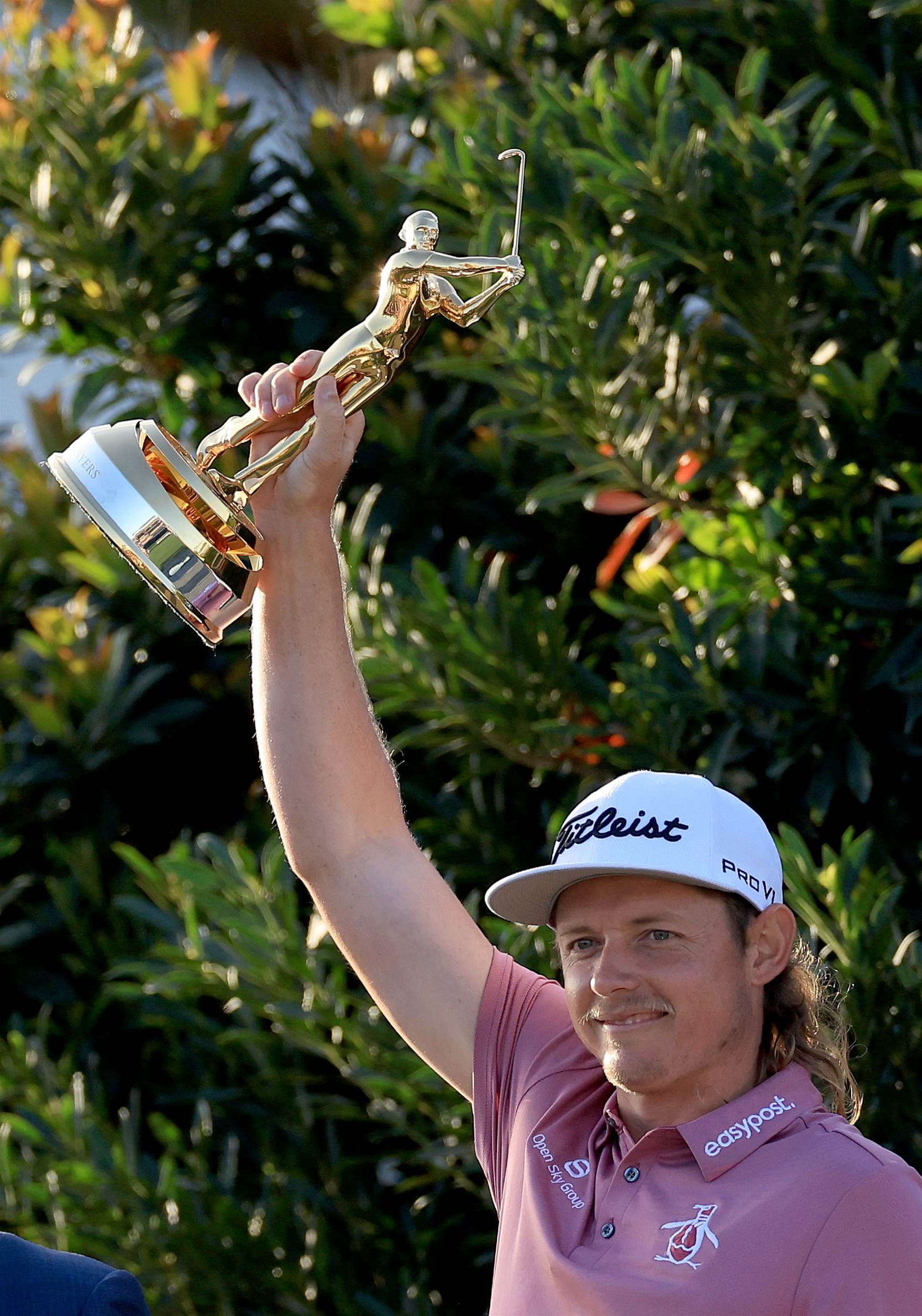 Augusta National's storied history is filled with tales of woe when even the slightest shot off target has led to disaster and despair for Masters dreamers.

Smith, though, won't let fear hold him back as he bids to join 2013 champion Adam Scott as Australia's only winner of golf's most magical tournament.

RIGHT: After winning The Players, Smith is among the favourites to claim the green jacket this week at Augusta. PHOTO: David Cannon/Getty Images.

Runner-up in 2020 and boasting three top-10s from his past four Masters starts, the 28-year-old will back his daring iron play to thrust him into contention once more, knowing his world-class putting can get the job done.

"I'm not afraid to hit different shots around here," Smith said ahead of his first round early Friday morning (AEST).

"It can be very hard to hit the shot that you want to hit around here because you know if it doesn't come off, you could be in some pretty deep trouble.

"I'm not afraid to do that. I want to hit the right shot, and I want to get it close."

Smith believes he plays his best golf when needing to be imaginative.

"And this course has so many slopes and stuff. You can work it off the greens firm and fast and I just love being creative," he said.

"Reminds me a lot of Sandbelt golf at home. I just love it. I feel really confident in my game. I feel like I can play any shot under any circumstance."

Playing the first two rounds with big-hitting American Bryson DeChambeau and English veteran Paul Casey, Smith's unflappable temperament will also be critical, with the Queenslander needing to block out the monster galleries and hysteria following Tiger Woods in the group behind.

"I'm just ready to get back out there and compete." - Cam Smith.

Scott is also in a marquee grouping alongside World No.1 Scottie Scheffler and fellow American Tony Finau.

Making his 21st Masters tilt, Scott won't be altering a proven game plan that has already yielded five top-10s – including his hoodoo-busting victory nine years ago – and 10 top-25 finishes from 18 cuts made around Augusta National.

"I feel like I know how to get it around the course the best way now, which really brings it down to just execution and being in a position where you can put it in the spots you want.

"And I feel like my long game, from tee to green, has certainly improved over the last eight months and then again over the last three months.

"So that's good news because I'm putting really well and, if those things show up, driving and putting goes a long way around the track."

Smith has Tiger record in his sights