Grace Kim was understandably ecstatic upon hearing of her invitation to the Augusta National Women’s Amateur before the 2020 Masters. However, she is now waiting to see if she will get her chance to play the famed course.

Announced at the same time as the postponement of the first men’s major of the year, the second annual ANWA is currently on the backburner as the world deals with the coronavirus (COVID-19) pandemic.

Kim found out about the tournament’s fate in the way one might expect of a 19-year-old.

“I actually saw the email from Augusta National after I saw an Instagram post, they were quite good with their social media skills,” Kim told Golf Australia magazine.

“They posted a sign on their account that along with the Augusta National Women’s Amateur, they postponed The Masters and Drive, Chip and Putt.”

Despite the disappointment of having to extend her wait to tee it up on Bobby Jones and Alister MacKenzie’s masterpiece, Kim is understanding of the reasoning and like so many other golfers, is diligently practicing away until the time comes to return to competition. 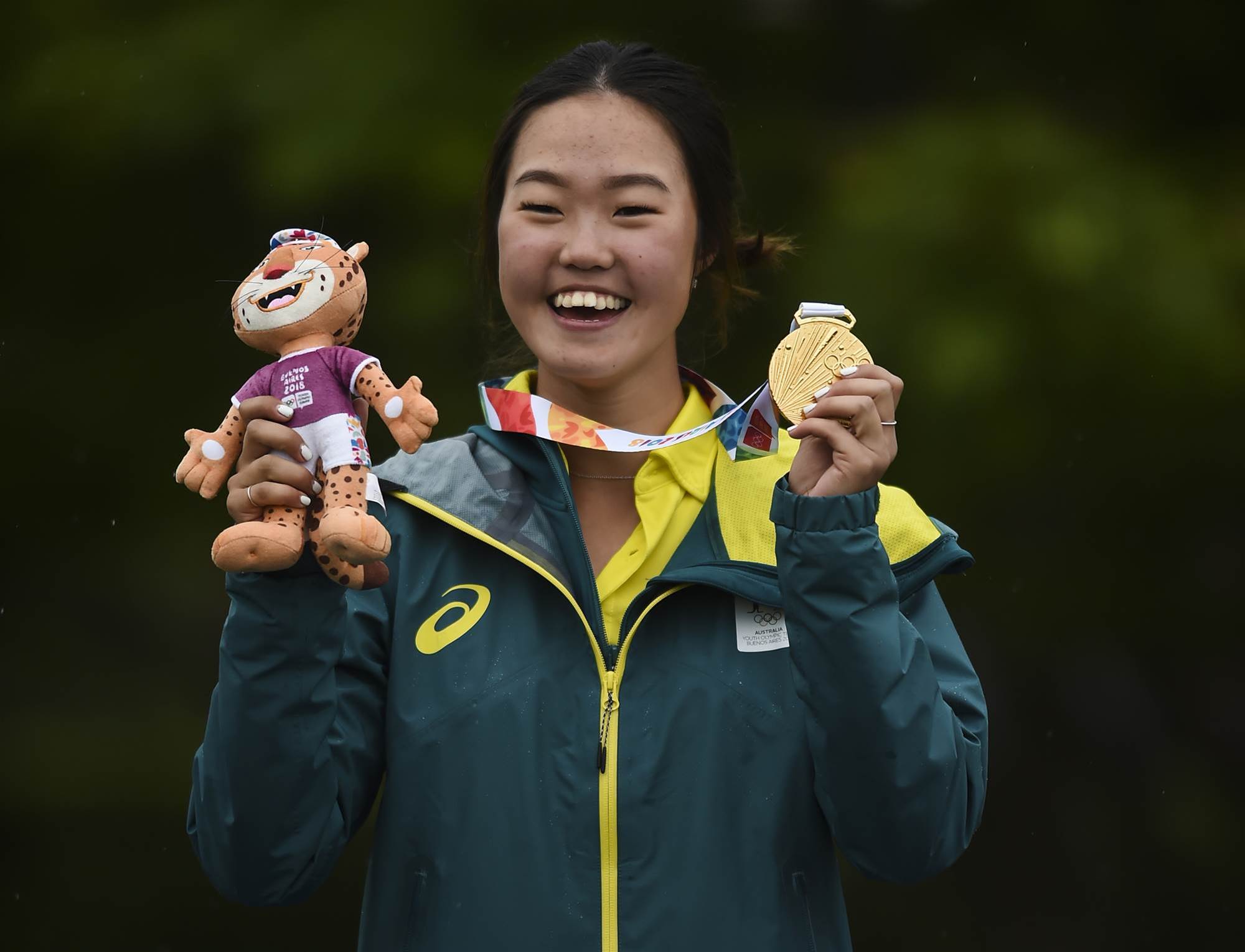 Kim was the Gold medalist at the 2018 Youth Olympics in Argentina. PHOTO: Marcelo Endelli/Getty Images.

“I mean I was very excited to go and play at Augusta, but due to the whole situation it’s for our safety, so I don’t know, I guess it was a tough pill to swallow. But it is what it is and for everyone’s safety and I think they made a good decision after all.

“I’ve just got to be ready for whenever the tournament might happen.”

Being ready has included assessing areas of her game and attributes that can be improved during an extended lay-off from amateur events around the world – an unwanted, but perhaps useful opportunity rarely afforded to elite players.

“I am really just accepting this time to practise and grind.” Kim said. “Physically I am not the strongest, so just spending my time in the gym, going for runs and getting physically stronger for when events are back on.

“The Golf NSW High Performance squad are still meeting up and training together, it’s good to get together and practise together, play against each other with a bit of competitiveness and cash involved. We’re trying to have fun while we can.”

“I actually have no idea what I would do. It would be great to play at Augusta, but it would also be great to be turning pro and earning some cash. I don’t know.” - Grace Kim.

Having finished high school in 2018, Kim is already a fixture on the practice facilities and course at Avondale Golf Club in Sydney’s north. However, her fellow members can expect to see even more of the reigning NSW Amateur champion, whose early season form had her rightfully excited about the prospect of testing her game against the world’s best amateurs in America on a course she had already scouted through YouTube.

“I mean I’ve got nothing better to do, so I may as well grind and practise and just be ready to play when dates are announced.”

When those dates may be is anyone’s guess at this stage, with more stringent regulations unveiled each day on gatherings of people and travel both at home and in the United States. And that could impact Kim’s chances of playing the event later in the year as she eyes a career in the play for pay ranks.

“I do want to turn pro by the end of this year, I was planning to head over to the US for the LPGA Q School,” Kim said. “There was an exemption if you are in the top 50 on the amateur rankings you got straight to second stage, which will save a lot of money and time, I was hoping to use that. And I was up there, but due to all the events being cancelled and postponed it lowers the chance for me to be in the top-50. So plans have changed, but what can you do?”

“I actually have no idea what I would do,” she added when asked if the tournament moving to 2021 would delay her pro career. “It would be great to play at Augusta, but it would also be great to be turning pro and earning some cash. I don’t know.”

Although unclear on when and if she will get a chance to play the burgeoning tournament at one of the world’s best known golf courses, Kim is using her time off wisely. And with her positive attitude that is exemplified by her constant smile on the golf course it is impossible to think the lone Aussie, who was on site for Hannah Green’s 2019 major win as part of the Karrie Webb scholarship, won’t perform well in the 72 player tournament if she gets a chance. Here’s hoping she does.

“Obviously it’s a bummer that this whole situation is cancelling everything, including Augusta National, but it’s out of our control and it’s for everyone’s safety so there’s not much I can do apart from just preparing myself for opportunities I guess," Kim concluded. 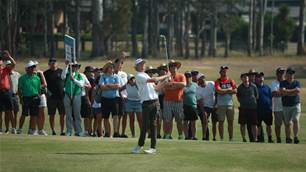 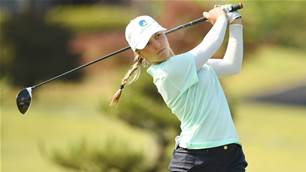