Here are the 100 best (all measuring more than 340 metres) to be found across the nation, as voted for by our panel of Top-100 Courses judging panel.

A wonderful, unique par-4 (pictured above) that covers seemingly unchanged terrain and ranks as the hardest hole on the world-ranked layout. From the elevated tee among the dunes, you have a choice with a split fairway – a high sliver of fairway left, and a low and wide avenue right. The toughest drive into the narrow high road affords the shortest route to the green, while the easier drive leaves a longer, more difficult, uphill approach to the green. Large bunkers are cut into the rough-covered hill, well short of the oval-shaped putting surface.

The penultimate hole can play as short as 259 metres but from the tips there are far more risks from tee to green, especially when playing into the prevailing westerly wind. There is a long carry over marram grass to reach the fairway, which is not as wide as others during the round and lies between dunes left and the beach right. Only the longest hitters will be really troubled by the large fairway bunkers right, while the approach is to a slightly raised green.

The overwhelming feature of this hole is a towering marram grass-covered sand dune that obscures a full view of the dogleg right fairway and separates the hole from the meandering Forrester River to the right. During a visit a few years ago, Adam Scott took the short cut right of the dune and drove the green. 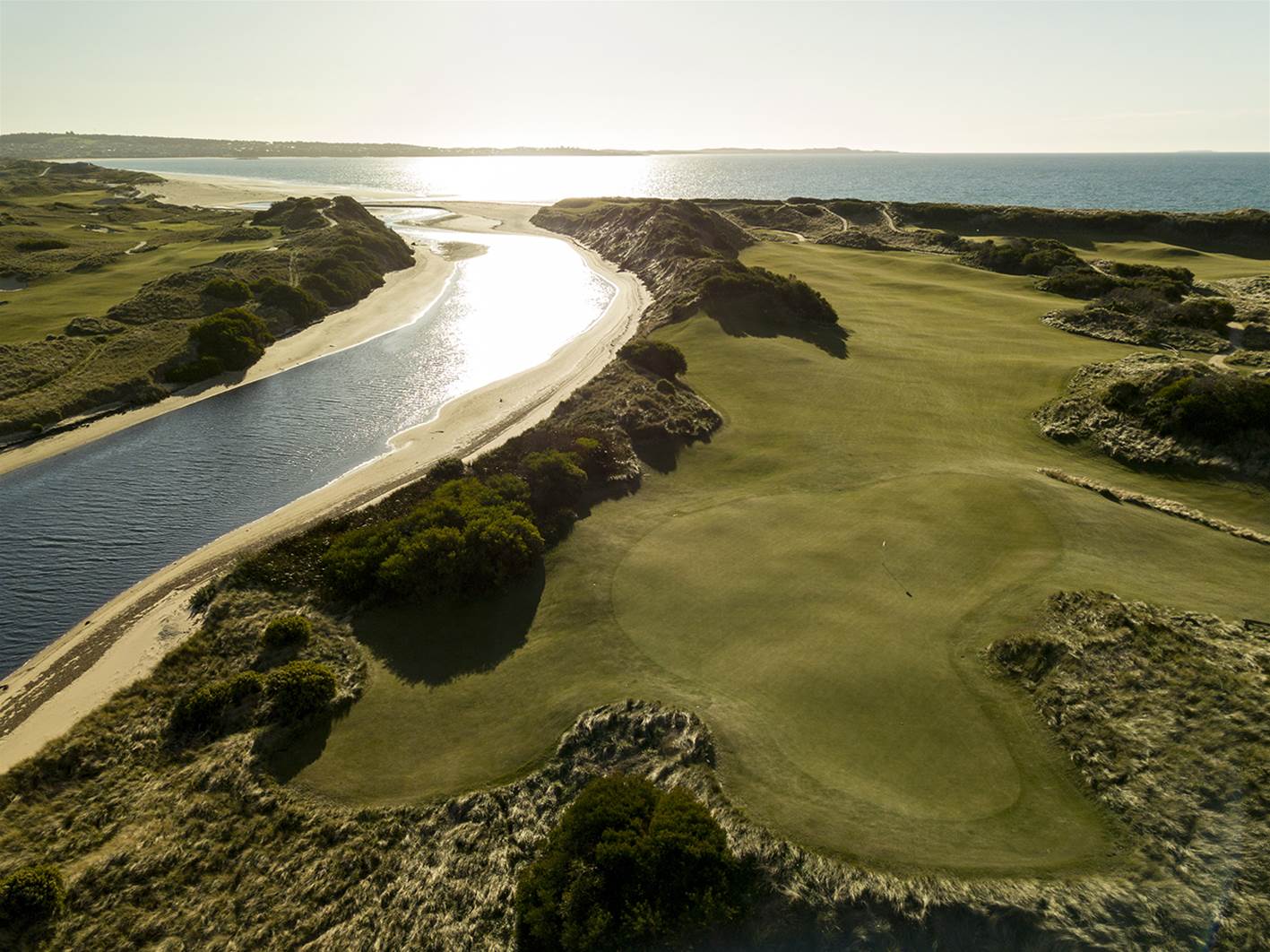 The fairway here turns sharply left around the base of a high sand dune covered with sparse areas of marram grass among the wasteland. It’s a really wide fairway but the best line into the green is from the left side where a long stretch of bunkers can be found at the base of the dune. From here, it is a wide open putting surface lying in an amphitheatre created by the dunes.

With the iconic Cape Wickham lighthouse in the distance, the only thing you can’t see from the elevated tee is the green, which is tucked behind a large, marram grass-covered sand dune. The fairway follows the right-to-left slope of the hillside and turns gradually in the same direction as the terrain. This brings five fairway bunkers cut into a terrace, left of the wide fairway, into play. The outstanding natural terrain gives rise to a superb punchbowl green site.

One of the last holes constructed at Cape Wickham, and perhaps the most dramatic. The 16th features a steep fairway that runs left to right toward the edge of the rocky coastline. The approach shot to the green – wedged between a high dune to left and the rocks to the right – is complicated by a deep ‘coffin-like’ bunker carved out of the middle of the fairway about 40 metres short of the putting surface. 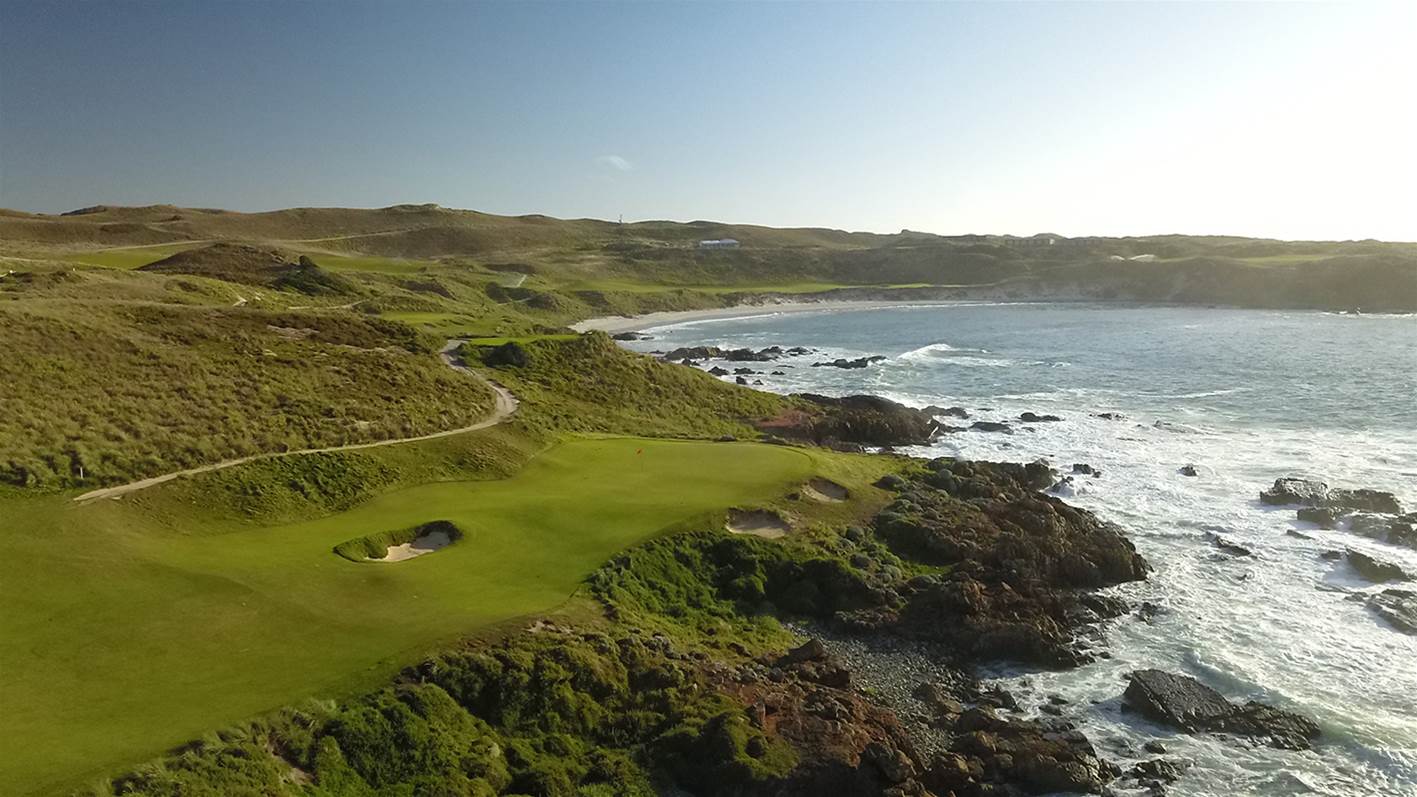 One of the world’s great finishing holes, where your drive must carry the beach to find the rolling fairway set diagonally to the direction of your tee shot. Uniquely, the beach is in play for both the tee shot and the approach. Those able to hug the beach with their drive are rewarded with a shorter and simpler second shot into a green lying between a high dune left and the beach right. 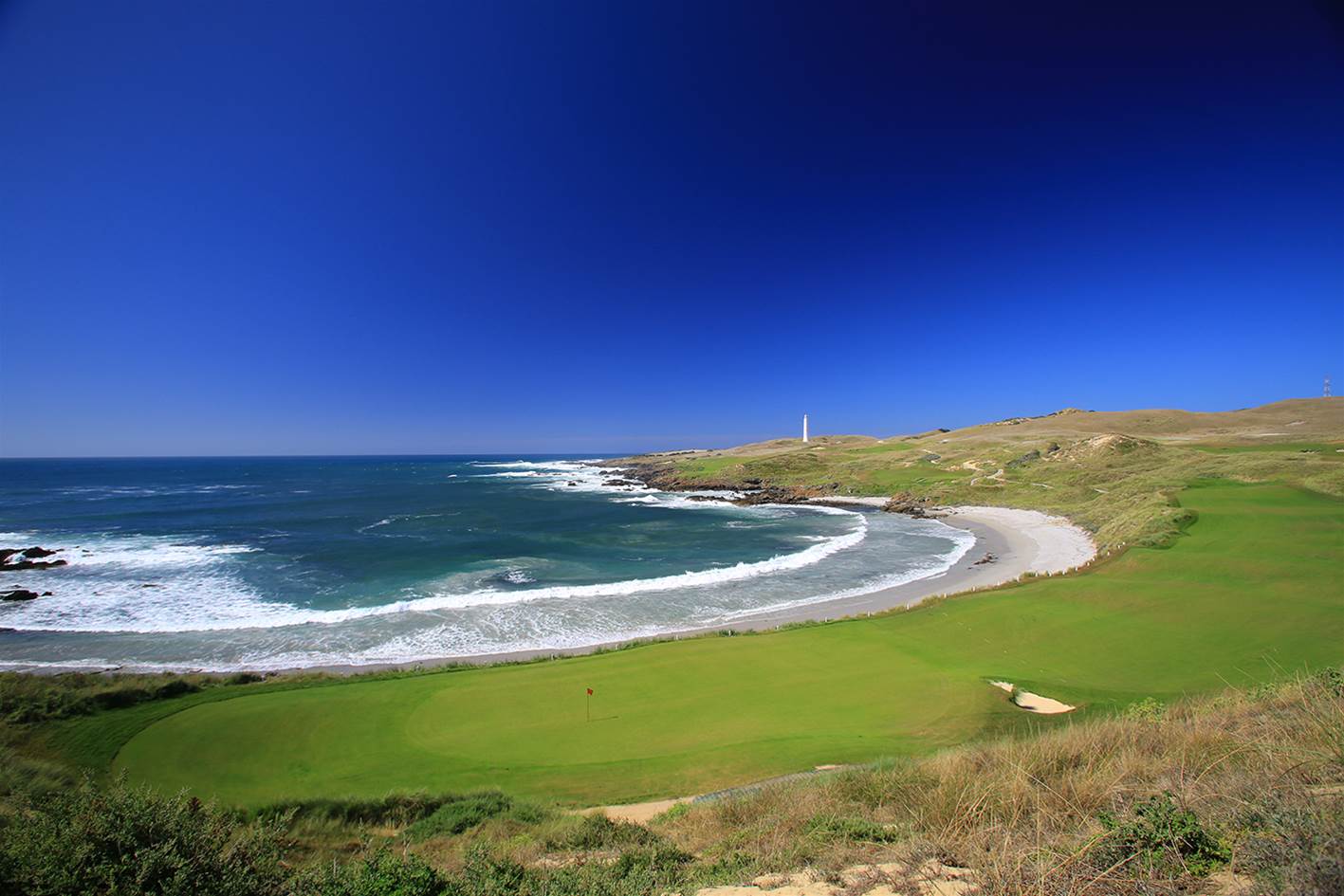 The last of Ocean Dunes’ holes to hug the coastline and the kelp track. Plays longer than its scorecard length, particularly from the high right side of the split fairway. A crop of bunkers cut into the middle of the fairway, leaves a narrow lower corridor where the approach shot into the green is far less complicated.

This two-shotter is a strong end to a round. A slight dogleg left requires a well-placed tee shot, followed by a mid iron. In 1971, Jack Nicklaus twice drove over a high gum tree on the corner to finish 30 metres short of the green. A tricky green with many subtle breaks awaits after the deep bunker on the front is safely negotiated.

This two-shotter plays longer than the scorecard would suggest. The target area for the tee shot is the right side of the sloping fairway to leave a mid- or even long-iron to the green. There are bunkers, left and right, but the real danger is the area to front left of the green where an errant shot can roll more than 50 metres, leaving a really difficult recovery pitch.

Running parallel with the Pacific Ocean and separated from the beach by low lying sand dunes and sandy wasteland. The big danger is the sparse offerings of Bitou bush left and right, which demands a perfect tee shot. The fast, relatively flat putting surface is protected by two bunkers left.

The water in front of the tee snakes its way along the right edge of the hole before cutting diagonally across, cutting the fairway in two. The safest line from the tee is at the fairway bunker left as the camber of the fairway draws balls toward the water like a moth to flame. The slightly elevated green, with two bunkers long and another short, is best approached with at least one extra club to successfully make the carry.

The obvious feature of this hole is the meandering creek that hugs the right edge of the fairway for the first half of the journey to the green. The start of the tree line left and the creek narrow the fairway considerably but the areas short and beyond are wide and receptive. Three deep greenside bunkers right are staggered to catch mis-hits into the green, which is otherwise surrounded by short grass. 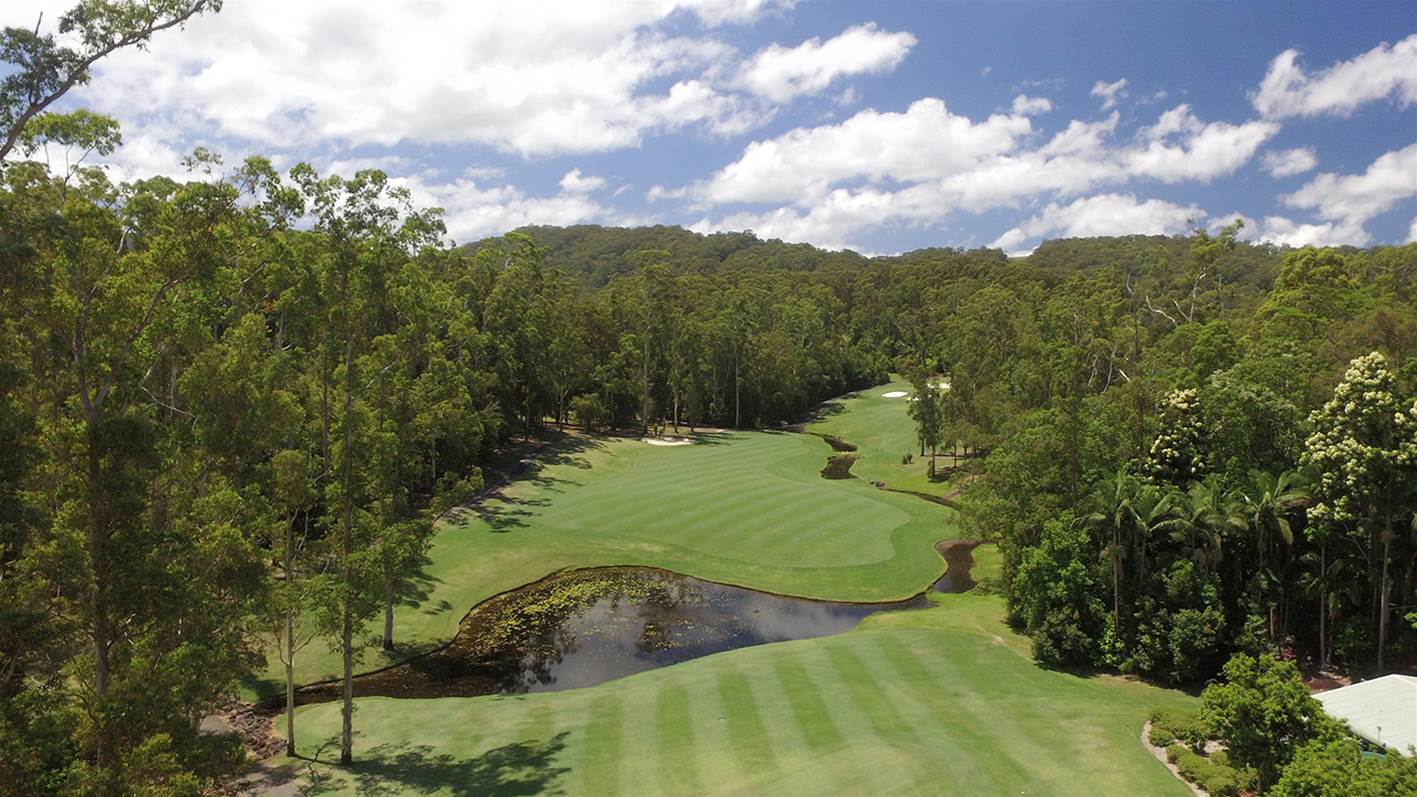 From an elevated tee the fairway bends slightly right, with fairway traps right, then a dramatic drop into bushland further right. From the point of the drive it’s anything from a 3-iron to a 7-iron; the longer the approach, the tougher it is to hold the rock-hard green. The danger here is the rocks and rough immediately through the putting surface. Mike Clayton says: “The par-4s at Ellerston are spectacular in their design. The 13th is arguably the best of them.” 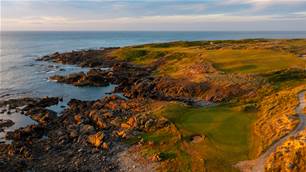