As one might imagine, Kevin Kerin has seen a lot in his 95 years.

He grew up during the Great Depression, served with the RAAF during World War II, became a married father-of-four and, more recently, has seen the world lockdown with the Covid-19 pandemic.

For more than five decades, Kevin has been devoted to golf and will celebrate 50 years of membership of Adelaide’s The Grange Golf Club in August, becoming the club’s oldest active member.

Even with the recent restrictions, he still plays two times a week on Mondays and Thursdays off a 28 handicap.

Incredibly, each round is bookended with a bike ride to and from the course towing his clubs behind. Kevin heads off home after another round. PHOTO: Supplied.

“I share a car, which I seldom drive, with my elder son. It is much easier to tow my buggy than to get into and out of a vehicle,” Kevin says.

Kevin has had two holes-in-one at The Grange during his membership but calls himself “a very humble player” who has “never had a really spectacular round but, occasionally scores over 40 points … not often.”

And his favourite memory of 50 years at The Grange?

“My favourite memory is of the player who in despair and stupidity threw his bag and sticks into the lake, that I think was alongside the 8th Hole East and then discovered his car keys had gone in as well,” Kevin recalls. 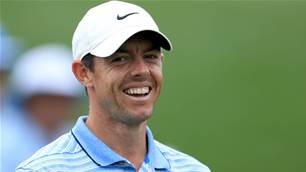 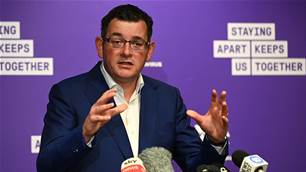