Wei-Ling Hsu has shot a bogey-free five-under 66 at Kingsmill Resort to take the first-round lead in the LPGA Tour event in Virginia.

Winless in her seven-year LPGA Tour career, the 26-year-old Taiwanese player birdied the River Course's two front-nine par 5s and made three in a row from the 12th to 14th in the morning round on Thursday.

"I feel quite the same from very first hole all the way to the 18th," Hsu said.

"I just kept waiting. I know my feeling is pretty good right now, even finish four (pars) in a row. I just keep simple and then just stay focused."

Kim made her lone bogey on the par-3 17th – her eighth hole of the round – when a tap-in lipped out.

"Two lip-outs for birdies, but other than that it was good."

Sarah Kemp and Katherine Kirk are the best of the Australian's in a tie for 12th after firing a two-under 69s.

Sarah Jane Smith (70) is a further stroke back with Sue Oh (even) and Gabriela Ruffels (75) also hoping to make it to the weekend.

Ariya Jutanugarn, coming off a victory two weeks ago in her home LPGA Tour event in Thailand, opened with a 70. She won at Kingsmill in 2016 and 2018. 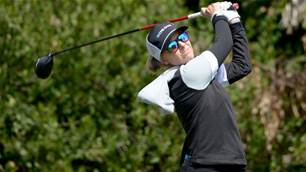 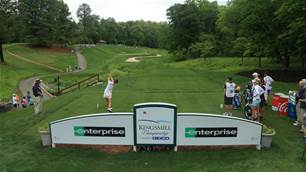 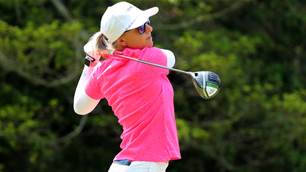