Karrie Webb has called for a rule tweak after Australia missed out of Sunday's final day singles at the LPGA's International Crown in South Korea.

But they still missed out on the five teams which contested the concluding singles to decide the title when beaten in a sudden-death playoff for the wildcard fifth spot.

Thai superstar Ariya Jutanugarn chipped in for eagle to edge out Australia and Japan to advance and join England, South Korea, the US and Sweden in providing two players each for the singles.

The Australians finished third in pool A but on equal points with second-placed England who they lost to on day one. They had more points than Sweden (6) who advanced by finishing second to the US in pool B.

Webb took to Twitter to praise the Australians and call for a rules rethink.

"I think this event is really great 4 the @LPGA but like any new event some times things need 2 b tweaked. A team shouldn't have the 3rd best record & not b playing the last day."

After losing first-up to England, Australia tied their contest with favourites South Korea and then swept struggling Chinese-Taipei in their weather-delayed match on Sunday.

Lee and Smith beat Candie Kung and Teresa Lu two-up while Oh and Kirk were comfortable five and four winners over Wei-Ling Hsu and Phoebe Yao.

South Korea ultimately held off challenges from defending champion the US and England to lift the trophy before an adoring home crowd.

They started the final round two points clear and by winning two of their four singles matches they ended up on 15 points, two clear of the US and England. 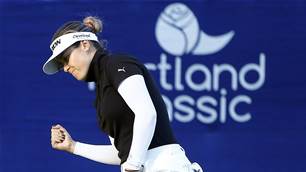 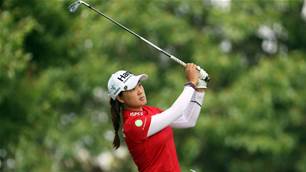