The PGA and WPGA Tours of Australasia roll on this week, the latest instalment of The Players Series headed for Sydney’s Bonnie Doon in what marks the commencement of three straight weeks of top-level tournament golf in New South Wales for the men.

Hosted by Rugby League legend Braith Anasta, this is the second staging of the Sydney TPS event, the 2021 tournament including world record scoring, a remarkable opening round by Steph Kyriacou and plenty more.

Recently crowning its first female champion, Hannah Green, The Players Series concept sees men and women compete for the one trophy on a scaled layout with a junior element playing out over the weekend.

DEFENDING CHAMPION: Victoria’s Andrew Martin wasn’t just hot in the final round here last year, he was scorching as he made his way around Bonnie Doon in 61 to reach 18-under-par for the tournament and a two shot win over Charlie Dann. 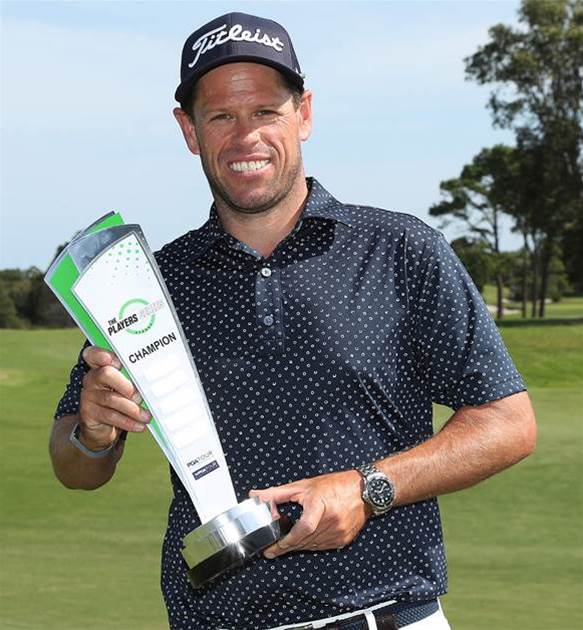 Martin wasn’t truly in the hunt over the first three days before he made four eagles and a birdie on the front nine on Sunday, including three of those eagles in consecutive holes starting at the par-5 7th.

RIGHT: Andrew Martin won this event in dramatic fashion in 2021 but won't defend his title this week. PHOTO: PGA Tour of Australasia.

Adding two birdies on the back nine, Martin’s final round score is believed to be the lowest to win a PGA Tour of Australasia event and the 2004 Australian Amateur champion became just the sixth player to record four eagles in a round on a major Tour.

Martin won’t defend his title this week in Sydney, instead teeing it up on the Asian Tour in Thailand.

COURSE: Located on a sandy base just outside Sydney’s CBD, Bonnie Doon Golf Club proved itself a worthy tournament host in 2021 after years of reconfigurations at the hands of the former design team known as Ogilvy, Clayton, Cocking and Mead (OCCM).

Originally known as Marrickville Golf Club, Bonnie Doon moved to its present site in the late 1940s and the layout at Pagewood was the work of Prosper Ellis. Ross Watson started work on the par-71 in 1995 and continued to do so for a number of years before OCM took the reigns with their masterplan considered completed in 2019.

Aiming to deliver a more natural look and feel to the property, the result is a vast improvement on what was previously there, with rugged bunkering, undulating ground and good playing surfaces offering a variety of ways to play the course, with attacking and more conservative options from many of the tees. 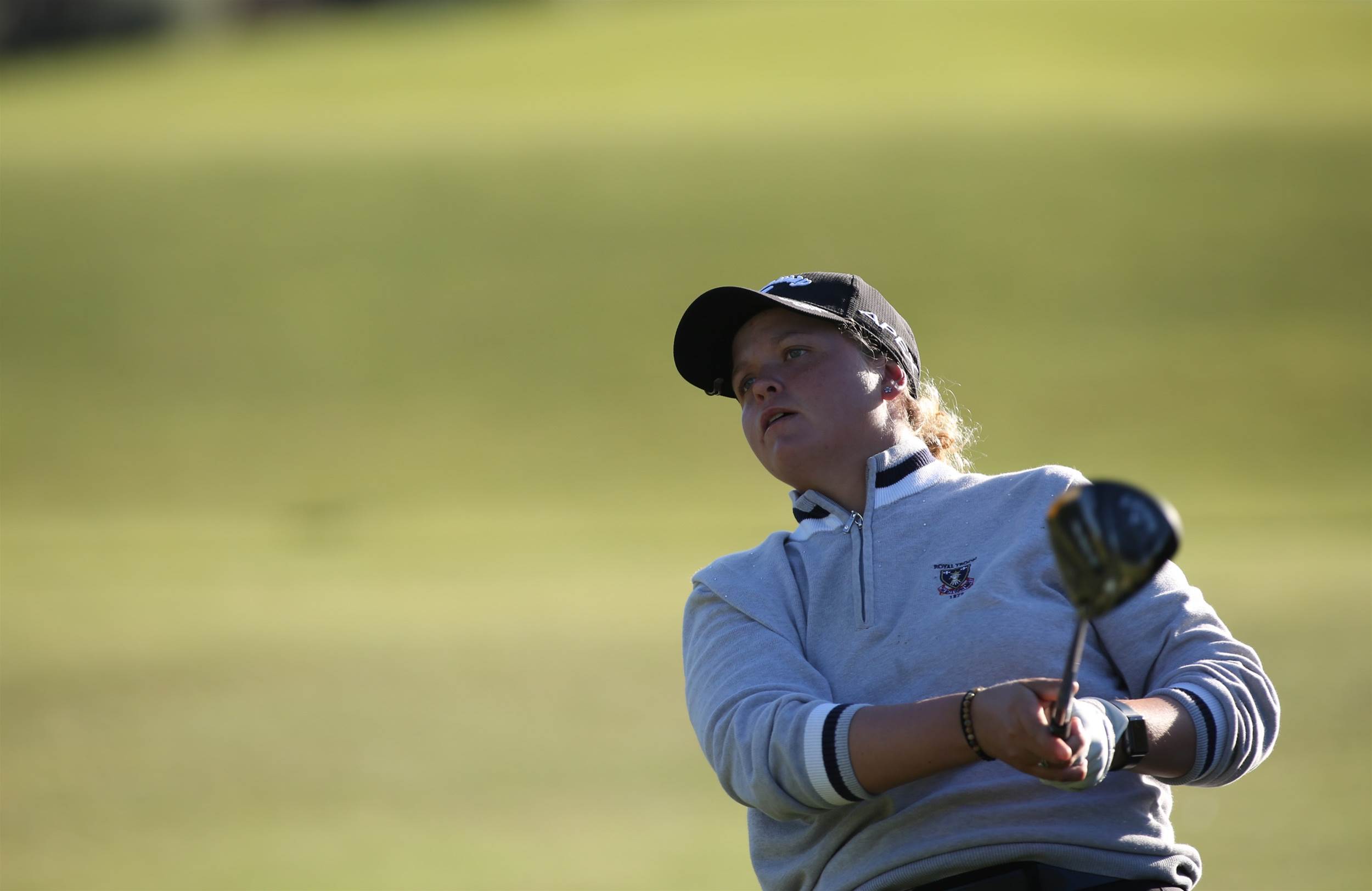 After beating the pros at The Athena last week, Kirsten Rudgeley will be one to watch again at Bonnie Doon. PHOTO: PGA Tour of Australasia.

Ranked No.35 in Australia’s Top-100 Courses earlier this year by Golf Australia magazine, Bonnie Doon, like all of Sydney this week, has been saturated by near constant rain and will play soft for the mixed field with a low winning score the likely result on the 5,998 metre layout.

PLAYERS TO WATCH: Martin might not be here to attempt a back-to-back win and Green has also departed our shores, but this is shaping as an exciting contest with countless players fancying their chances at becoming the latest TPS winner.

Among those are three young guns who will be full of confidence and a little more financial security.

Louis Dobbelaar, Jed Morgan and Grace Kim were announced as the latest members of the Golf Australia Rookie Squad on Tuesday, and deservedly so after making strong starts to their pro careers since leaving the amateur ranks where all three were standouts.

Morgan hasn’t had his best stuff since winning the PGA at his home track in January, and will be determined to finish the season strongly as he looks to lock up a DP World Tour card following some niggling injuries. Dobbelaar also impressed all and sundry at Royal Queensland and was T3 here last year, suggesting he is definitely one to keep an eye on at Bonnie Doon, while Kim is searching for her first four round pro win and has been one of the breakout stars of the summer. Winner of the Vic Open and friend of tournament host Braith Anasta, Dimi Papadatos is among the favourites here. PHOTO: PGA Tour of Australasia.

A former member here, Jordan Zunic was in contention to win in 2021 before struggling to close out the final round and hasn’t missed the top-20 in his last four starts, which came after a respectable share of 22nd at Royal Queensland. With plenty of course knowledge and lead-in form, it wouldn’t surprise if Zunic featured prominently, and he will have an extra pep in his step this week after watching brother Kyle play basketball for Australia.

Two young West Australian amateurs in Hayden Hopewell and The Athena winner Kirsten Rudgeley have both beaten the pros before and could give this a shake, while Whitney Hillier is another who will be keen to head back West with the changes in border restrictions, a trophy making the journey even sweeter after two years out her home state.

Sharing third last year, Elvis Smylie is another to keep an eye on this week. The left hander has serious game and clearly likes the layout co-designed by his occasional looper Mike Clayton.