After experiencing plenty of the scheduling headaches that have become common place in the COVID world, the adidas Junior 6s Tour gets back underway on Monday in Sydney’s North West.

Next week’s event the first of three to be played in the west of Sydney to finish the year, before seven Tour exemptions are given out to the best performers and the winner of an inside the ropes trip to the U.S. and the PGA Tour with Greg Chalmers is announced.

COURSE: Opened for play in 2009, Lynwood Country Club is a Graham Papworth designed links-style layout with water and bunkering providing the most significant tests for the competitors teeing it up in the latest event of Ewan Porter’s brainchild series.

Ponds and creeks meander through the low lying and fairly flat property, often coming into play more than players realise when standing on the tee, while Papworth’s bunkers are expansive and well placed to dictate lines of play. 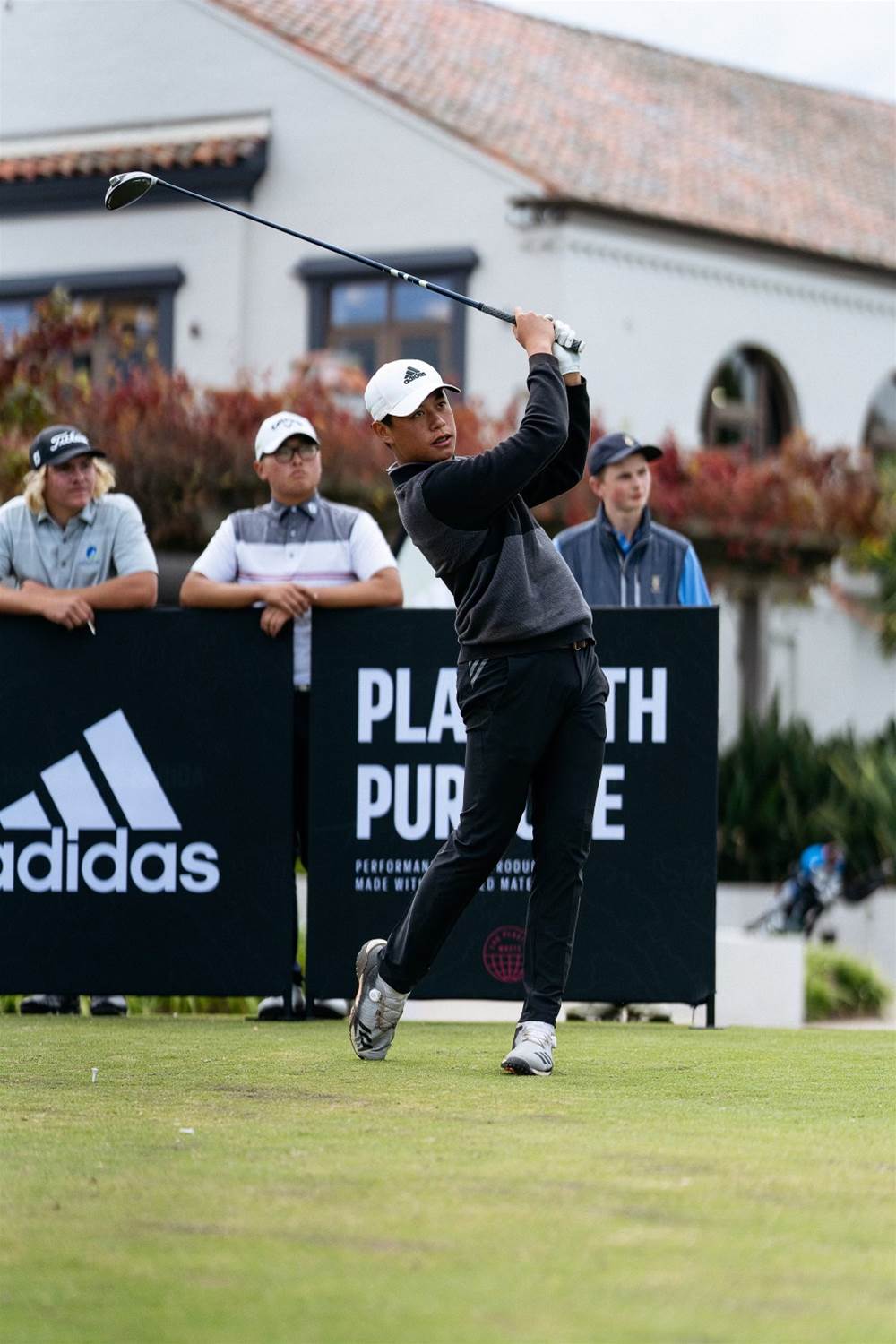 Playing to a par of 72, Lynwood tips out at 6,400 metres and is named for the historic Lynwood House on the property’s high point.

PLAYERS TO WATCH: Anyone that has followed along with the adidas Junior 6s Tour, and junior golf in general around Australia, will be familiar with the name Jeffrey Guan and with good reason.

Guan’s win in his state junior championship came at this very venue, meaning he will be exceptionally comfortable across the Lynwood layout and his high quality ball striking is a tremendous asset in this format.

The main challenger to Guan on the points race and the quest to secure a number of Tour starts is Queenslander Travis Robbie.

Robbie, from Southport Golf Club in the sunshine state, has won twice on the Junior 6s Tour in 2021 and sits in second place to Guan.

Making the trip down to Sydney won’t have been taken lightly by Robbie, but with the spoils on offer if he can topple Guan he will be determined to play well at Lynwood and is clearly comfortable with the 6s format.

Also a recent winner at Lynwood in the girls competition of the NSW Junior, Jueun Jang like Guan will be hoping to continue her hot streak at the venue.

Jang was extremely impressive on her way to the title on December 9, where she fired a one-under-par final round of 71 to take the title by two shots.

Hailing from Toukley Golf Club on the New South Wales Central Coast, Jang is making her Tour debut for the year, but despite the inexperience with the format is clearly in form and has good memories at the venue ahead of Monday.

Having only played one event this year, Claire Shin sits in T8 on the girls points race, but as the runner-up in the 2020 National Final is one to keep an eye on here.

Shin, a member of NSW Open host venue Concord Golf Club, has been a consistently strong player on the junior golf scene, including winning the 2020 Girls Champions Trophy of the Jack Newton Junior Golf Foundation.