After starting the final round with a four-shot buffer, which she extended to five on the very first hole, what looked like being a procession became a war of attrition as the Swede failed to convert several chances on the outward nine.

With Stark still ahead by two and the chasing pack not being able to make up ground, it became a two-horse race between the Swedes as they turned for home.

The buffer was whittled to one on the 12th when Stark dropped her first shot of the day. After missing the green on the 370-metre par-4, Stark mishit her chip, leaving herself a five-metre par putt which she failed to convert 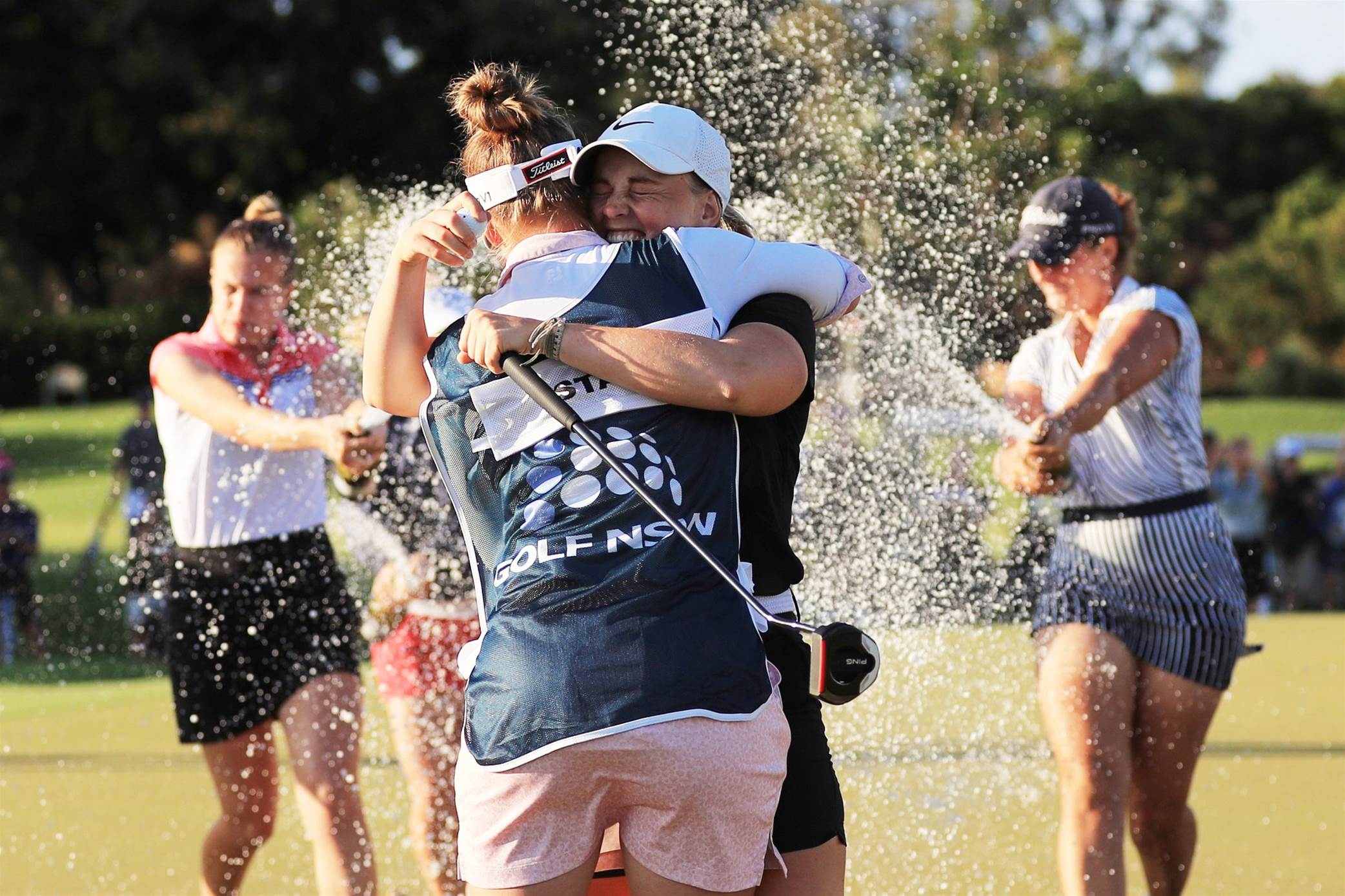 Sadly for Gustavsson, birdie chances 12, then on 13 to tie the lead, failed to drop much to her frustration. When she drove into the trees on the 14th and had to chip out, the lead was again two.

Gustavsson’s challenge came to an end on the 15th when she missed the green on the par-3. With the pressure building, the Swede mishit her chip, leaving herself a long par putt which she couldn’t convert.

Stark meanwhile converted her birdie chance, and the lead was again out to four.

With the Jan Stephenson Trophy pretty well in Stark’s arms, the final couple of holes became a victory lap. She sealed the deal with a birdie on the last to finish at 15-under-par.

The Women’s NSW Open crown is Stark’s third title in just nine starts on the Ladies European Tour. Since turning professional in 2021, the Swede has scored victories in the Creekhouse Ladies Open and the Estrella Damm Ladies Open. The win also consolidates her lead on the LET Tour’s Race to Costa Del Sol Order of Merit.

Queensland amateur Sarah Hammett’s reputation continues to grow. The 15-year-old teenager fired the round of the day, a five-under-par 67, just one off the course record set by Stark and Gustavsson on Saturday, to grab low amateur honours by a shot from Victorian Jeneath Wong, and Western Australian Kirsten Rudgeley.