It was a rare off week for our so-called experts and their tips last week. Can they bounce back as the PGA and LPGA Tours stay in Florida and the local Tours visit Sydney? Rory McIlroy will be the bookies favourite this week, and why wouldn’t he? Since 2017, he’s had four top-six finishes including a win. But I believe there is one man who get his nose in front of Rory at Bay Hill and that man is SUNGJAE IM.

He's making only his third appearance at Bay Hill but evidence suggests he loves the place as he has finished T3 and 3rd in his two starts thus far. Im is a pure ball-striker and this will be his week.

England’s MATTHEW FITZPATRICK continued his strong recent form last week at the World Golf Championship with a T11 finish after sharing fifth at Riviera the week prior. And I think he will finally secure his maiden PGA Tour win this week.

Fitzpatrick is one of the best putters in world golf and was runner-up at this even in 2019, which he followed with a ninth last year, and Arnie’s event has been dominated by non-American winners in recent years. All positive signs that point to more success this week.

Here’s hoping Marc Leishman discovers his best form and records another title at Bay Hill. But I’m really liking the chances of SUNGJAE IM this week.

The South Korean was third last year and is one of the world’s leading ball-strikers. If his putter heats up he will record his second PGA Tour title.

A good run of recent form and a good record at Bay Hill has me thinking it’s time for England’s MATTHEW FITZPATRICK to post a maiden PGA Tour victory this week.

He was T9 at Arnold’s tournament last year and runner-up in 2019 so has a clear liking for the venue but it is his form in recent weeks that tip the scales. He’s been around the top of the leaderboard for at last some portion of each of his last two events and at this level that is usually an indicator of a player on the brink of having a breakout week. Difficult to pick a winner here given it is a new event at a new venue and the LPGA is only into its third tournament of the season. The Korda family – Jessica and Nelly – are two wins from two events and I reckon this domination may extend another week with NELLY KORDA backing up for another victory.

She is in terrific form and her confidence is sky-high. Career win No.5 will be banked this weekend.

The Korda domination of the LPGA Tour of late could well continue this week, but I think LYDIA KO will get the job done at Ocala.

Ko was joint runner-up last week at the Gainbridge in her first start of the year and has a great record at Ocala.

The Kiwi was runner-up at this course in the now defunct Coates Golf Club in 2015, which she followed up with a third in 2016, and the former World No.1’s ball striking looked  very promising last week, suggesting she is figuring out her swing once again.

I picked LYDIA KO as the player to watch on the LPGA Tour this year and I think one of the defining moments will come at Golden Ocala this week.

The Kiwi has never missed the top-three at the course and became World No.1 here at just 17 years old back in 2015.

It’s been bubbling for a while and the last piece of the LYDIA KO comeback puzzle could well be put in place this week at a course which has proved to her liking in the past.

It has been three yeas since the New Zealander won on the LPGA but while this week’s tournament is new – The LPGA Dive-On Championship – the venue is not.

Ko has teed up twice at the Ocala Country Club in Florida finishing runner-up and T3. A T2 behind Nelly Korda last week suggests her game is in good shape and it would be a genuine surprise if she wasn’t among the contenders late Sunday. What a fairytale story it would be if ELVIS SMYLIE could lift the trophy in his professional debut.

Remember this is the young man who fired weekend rounds of 63-63 at The Players Series Victoria last month. This kid is a serious talent and with Mike Clayton (one of the designers of the remodelled Bonnie Doon course) on his bag, he’ll be navigated into all the right spots.

This is an outstanding field making it very hard to pick a winner. Elvis Smylie could well take home his first win in his first professional start, but I think another of Mike Clayton’s bosses SU OH will take home the trophy.

Oh shared third in the first Players Series event in Victoria and she will have plenty of knowledge of Bonnie Doon that should help in a big way this week on her way to an historic victory.

Queenslander JAKE MCLEOD will make his first competitive start of the New Year this week.

Despite some cobwebs, I expect the European Tour player to be one of the main contenders at Bonnie Doon over the weekend.

The mixed field makes picking contenders difficult in these Players Series events which is just another tick in the ‘pro’ column for the concept.

The revamped Bonnie Doon layout in Sydney will provide an interesting test but the inside knowledge of Mike Clayton (who was part of the redesign team) being on the bag of perhaps Australia’s most exciting prospect in ELVIS SMYLIE will prove a winning combination.

Smylie has already proved he has the game to contend at this level and having recently joined the professional ranks will be highly motivated to make a grand start to his career.

So far our so-called experts have combined to tip FOUR winners in 2021, with 26 of their picks recording top-10 finishes that week and a best return of $61 for Max Homa to win the Genesis Invitational (tipped by Rod Morri). 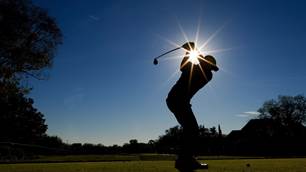 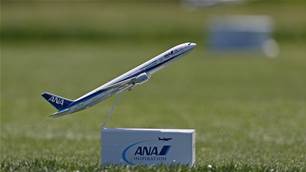